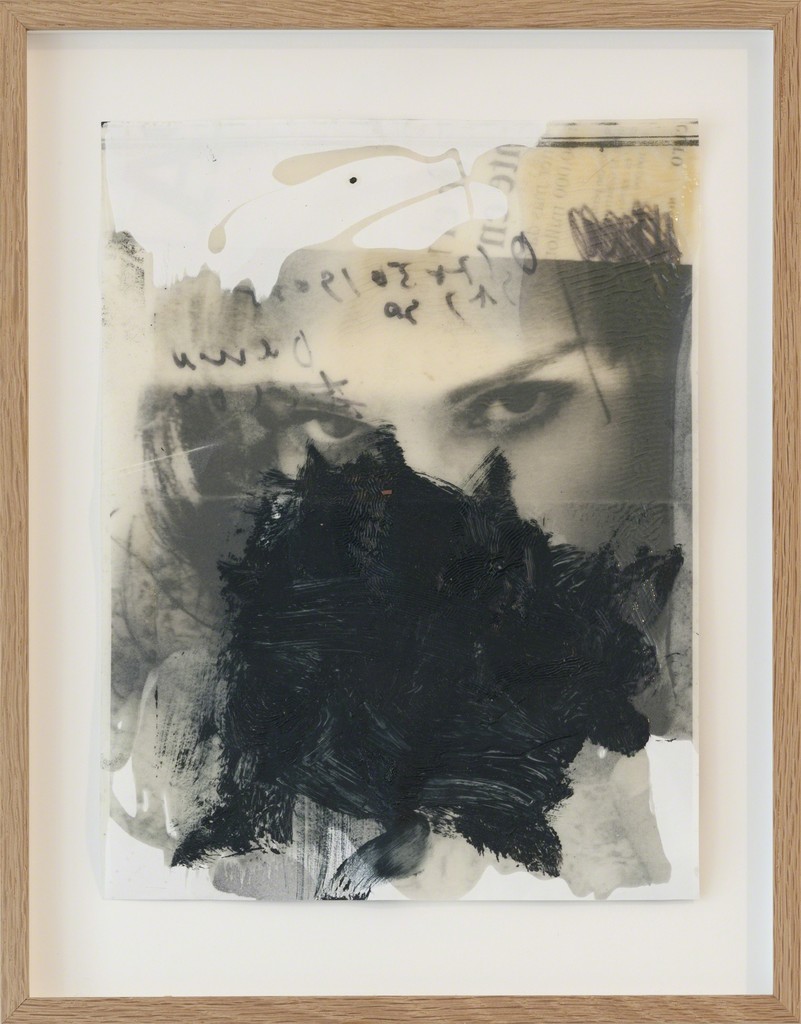 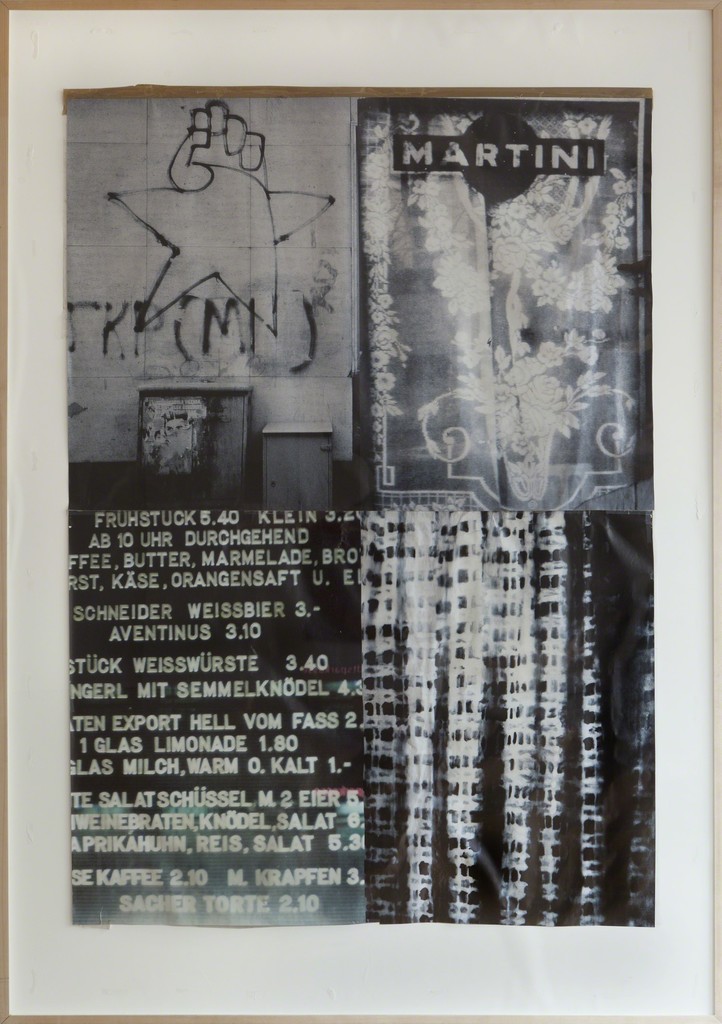 Hey, Lovers Club, Geyerwally, Lindwurmstrasse, Schelling Salon, U6 Großhadern, Marienplatz, Nein, BC Harta, Ok Girls – these are some of the titles that are typical for the works of Florian Süssmayr. His repertoire ranges from the haphazard – such as his recent series of t-shirts smudged with oil, which he wears when he paints and which manifest both as framed objects and re-portrayed as oil paintings – to hand-picked and staged subjects which often have their origin in everyday life.

One of the artist’s new works shows the back of a woman’s head with classically coiffed hair which anticipates an equally pretty face, the sight of which we are, however, denied. “Betti” is Süssmayr’s version of Gerhard Richter’s almost eponymous painting. Much like its precursor, it is a photorealistic painting which remains reduced to a color palette of shades of white, gray, brown, and black, as Süssmayr’s works frequently do. The artist applies the paint directly and in a single step to the correct spot on the canvas. Florian Süssmayr is a master of this “pinnacle” of the classic disciplines of art.

However, this painting also consists of a second act. Süssmayr’s “Betti” does not wear a quaint flower blazer, but a riveted leather jacket – perhaps a reminiscence of Florian Süssmayr’s punk phase, when he toured with his band Lorenz Lorenz, and a nod to the left-wing autonomous milieu of the 1980s, which he was part of? It is more likely that the artist consciously seeks out a counterpoint to the bourgeois idyll of Gerhard Richter’s portrait. “Fuck the …” is written in large letters on the leather jacket. Here Süssmayr quotes yet another painter, Daniel Richter, a punk among painters. Punk motifs and quotes are present in the works of both artists, and there are also biographical parallels. We read the once controversial and by now politically rather irrelevant slogan, “Fuck the Police,” on a riveted jacket in Daniel Richter’s painting, “Lonely Old Slogan”. The two artists share a rather subversive mindset. It is a joy to see how Florian Süssmayr manages to combine Gerhard Richter’s bourgeois motif with the subject of the rebel Daniel Richter, while remaining genuinely Süssmayr in the process.

Often, Süssmayr’s motifs are not exactly unambiguous. The character of his images changes through layering: Subtitles render his paintings film stills, overpainting makes a landscape scribbling paper, scratches and signs of wear and tear transform a mannerist resurrection scene into a blatant reproduction. Correspondingly, the artist transposes his motifs into various media: A photograph becomes a painting which, in turn, is photographed, photocopied, or printed as a wallpaper to become the background of new images. A limited edition will be published exclusively for the exhibition. (I. Lohaus)