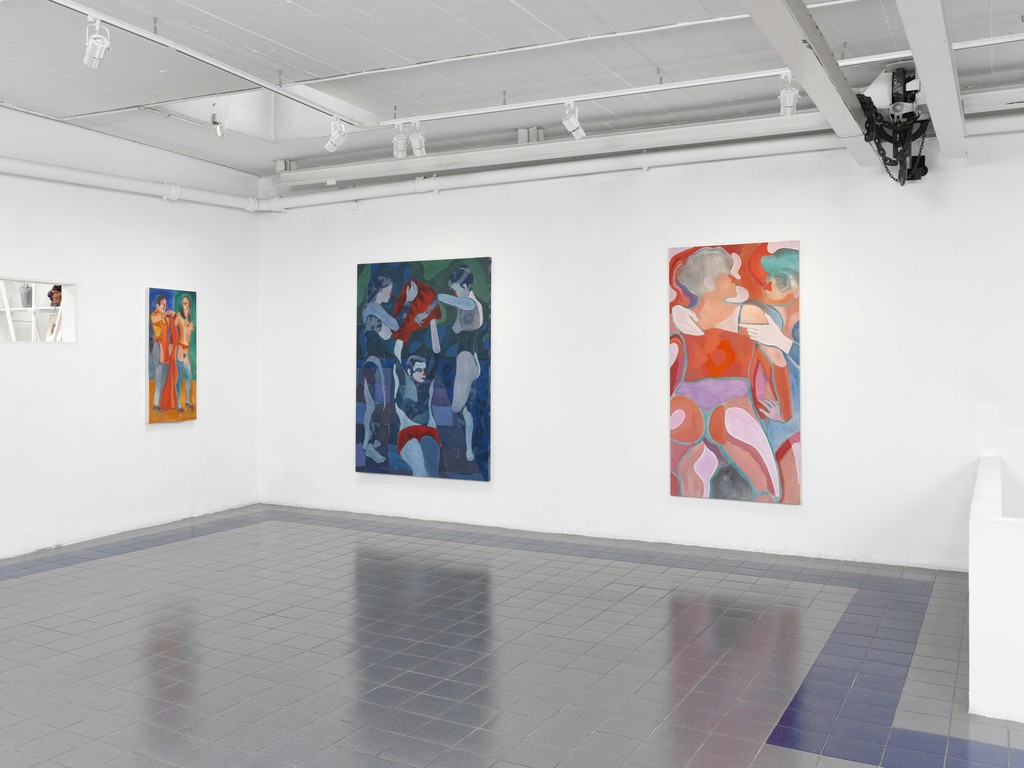 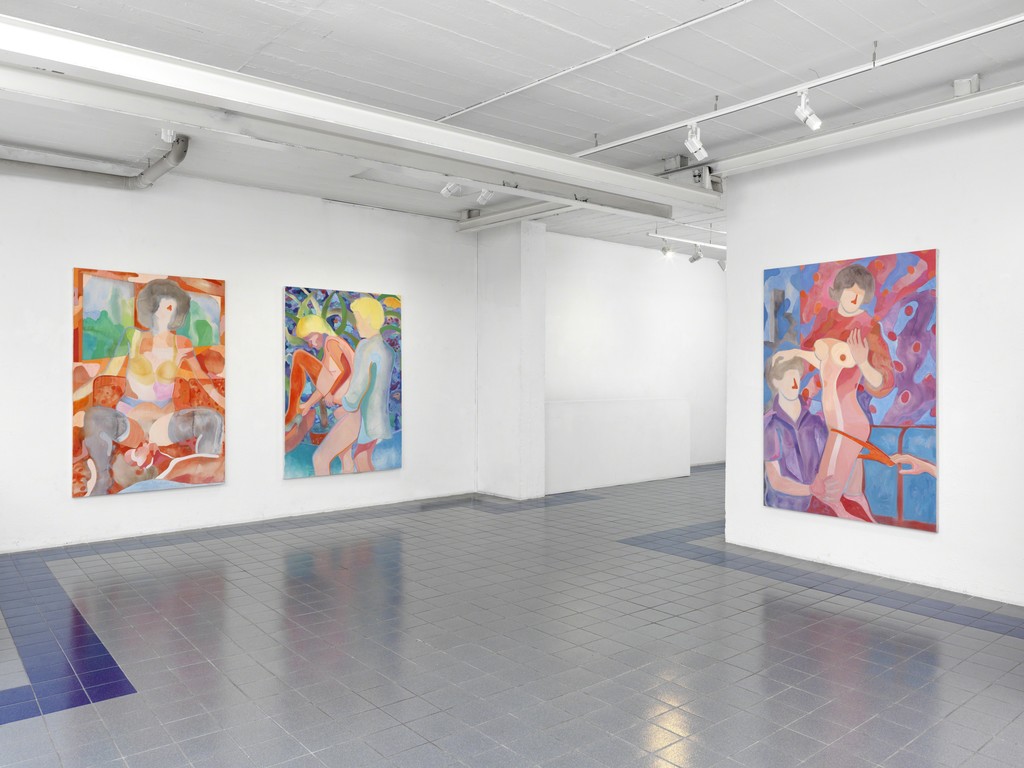 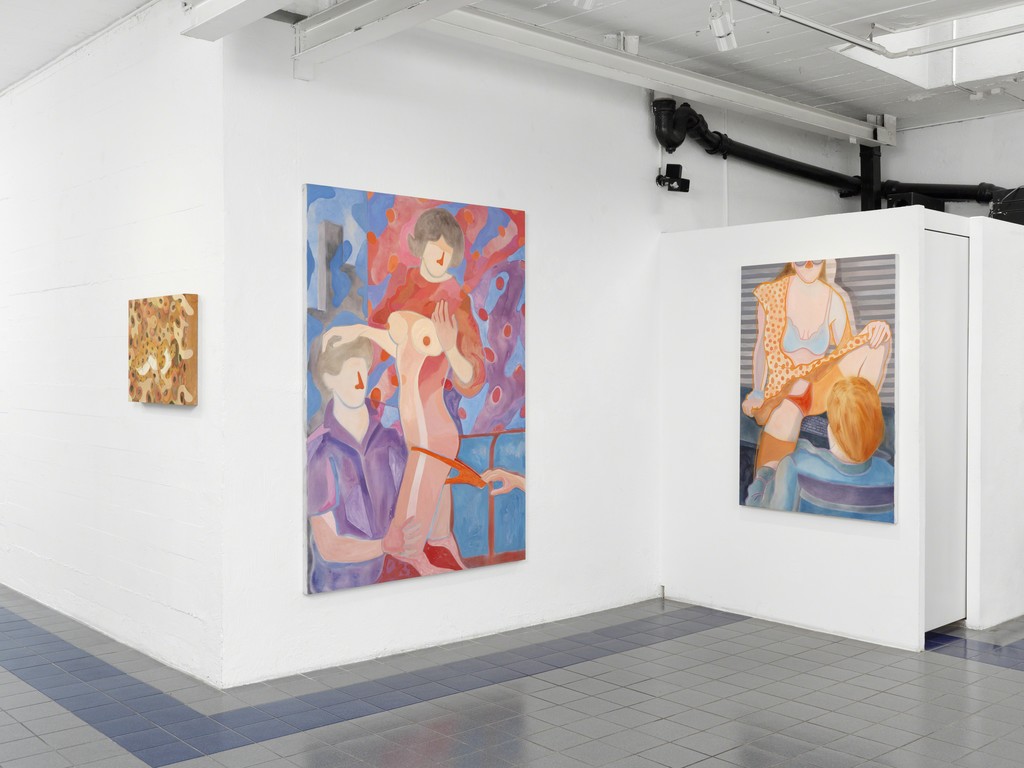 Maslansky paints on used bed sheets found in second-hand shops, and often on stretchers sized to actual mattresses. His process partly depends on the psychic and physical residue of the anonymous people who had slept on the sheets: stains, creases, and signs of wear eventually are buried under washes of acrylic, bypassing the age-old problem of the ‘blank canvas’.

The painted imagery that displaces this history is derived from pornographic images from the 1970s to early 1980s, which have a certain innocence before its eroticism’s latent violence was exposed by the increasing demand for novelty during the advent of home video and the web. These stills, formally modeled on “classic” American and European cinema, betray a playful form of sex borne out of the “Sexual Revolution” of the 1960s, which later ended with the rise of AIDS and conservative politics.

Maslansky’s pictorial language, while appropriating and reacting to the original image, also takes cues from early 20th figurative painting in the vein of Pierre Bonnard and the Nabis. Beatific colors of a bygone era creep back into the gauche capitalization of sex-as-entertainment. However, the labor of its application is an exercise in frustration: unable to the retain effect of a fully-loaded brush, Maslansky has said painting on bed sheets is akin to painting on tissue paper.

While catering to the pleasures of color and form, Maslansky’s paintings emerge out of an ethical ambiguity that hovers over pornography. The exploited and the exploiters are not clear. Its erotics are drained, leaving only the sheet’s sags, stains and the paint that covers them behind.