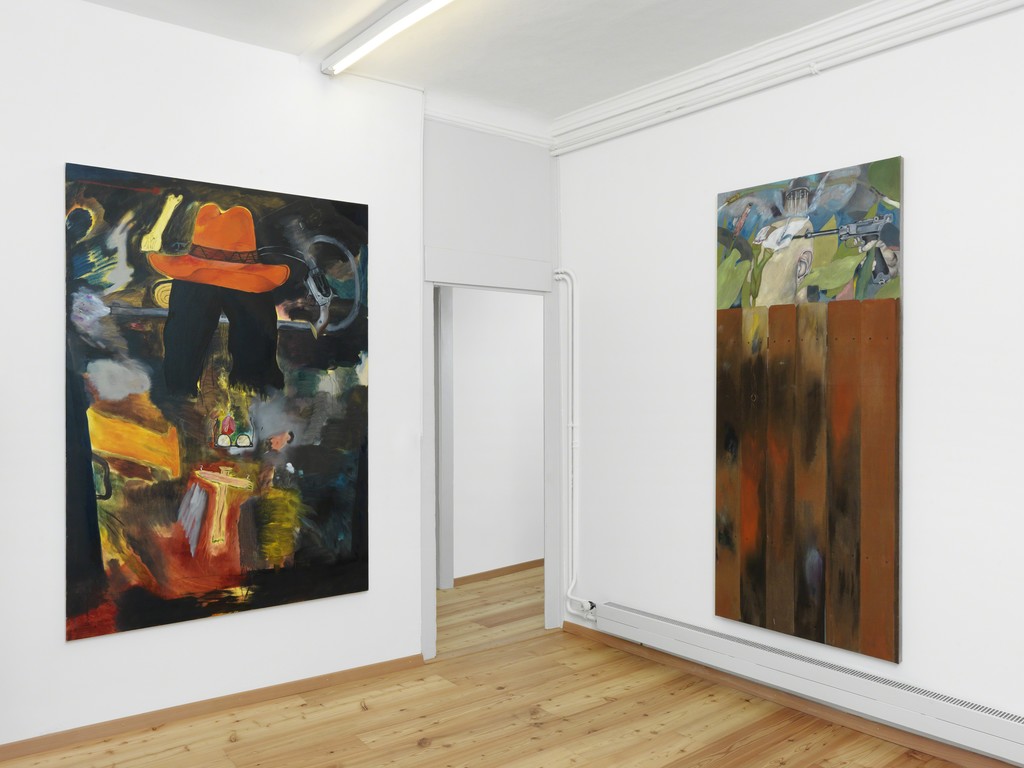 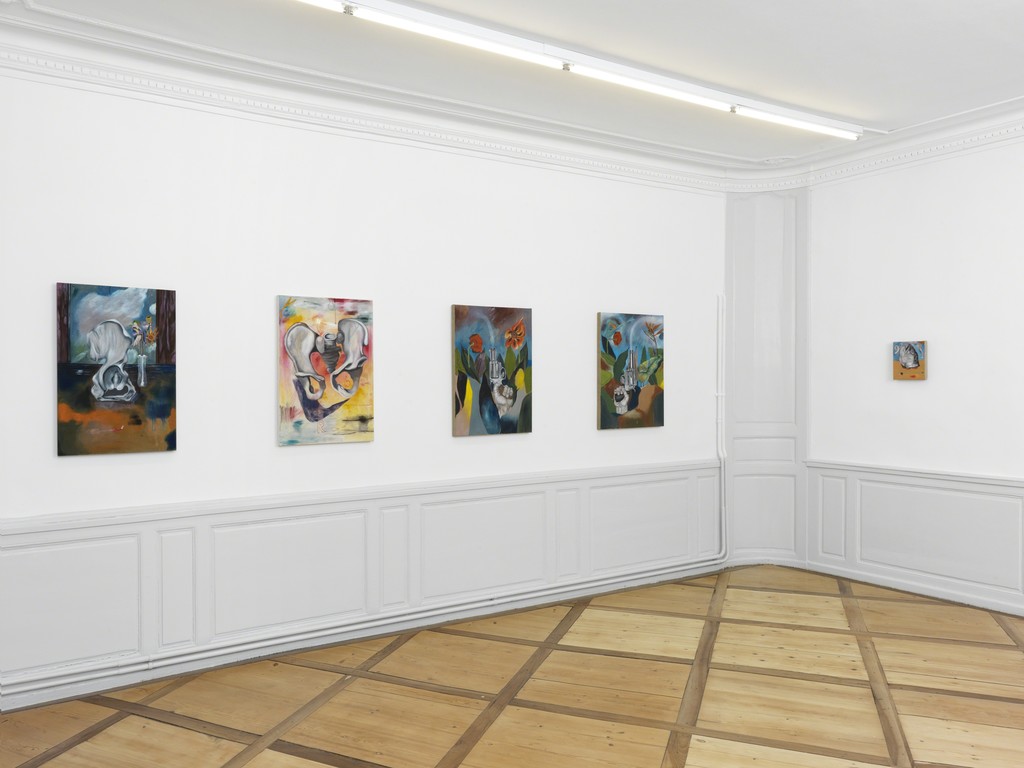 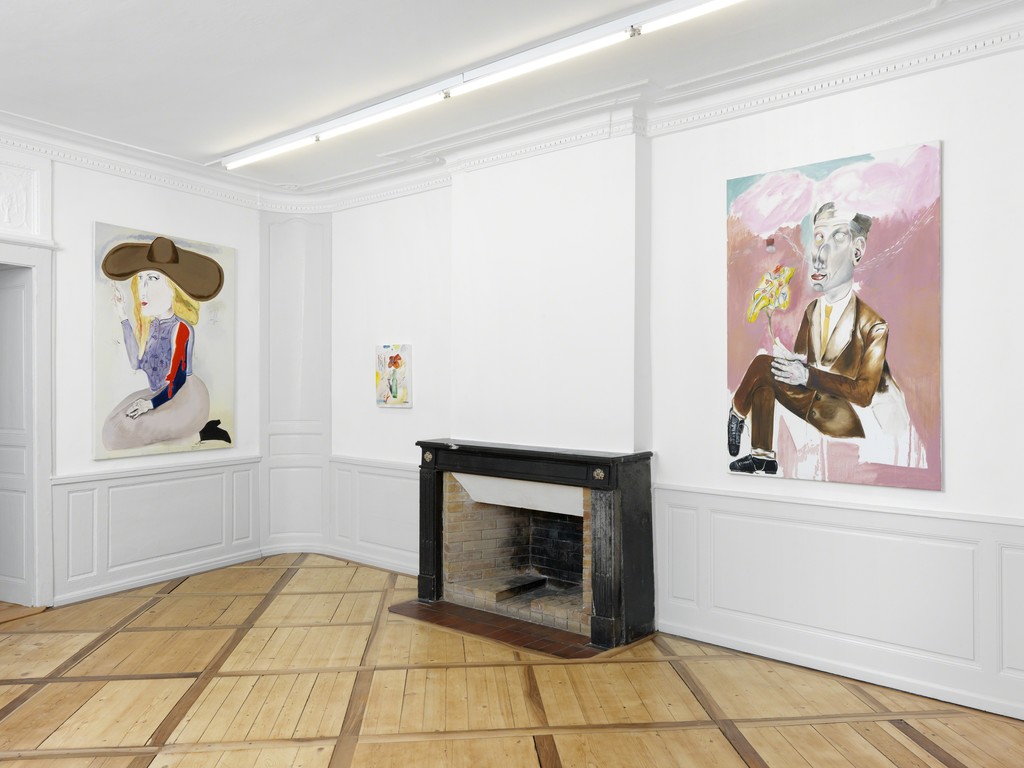 The exhibition’s paradoxical title The Softest Bullet relates to some of the sympathetic opposites that seem to reappear in Hilsman’s work : mysticism and realism, fragmentation and embodiment, abstraction and solid form. The exhibition is comprised of recent paintings, which, like previous work, employ the use of the figure and still life. The images within these formats disorient themselves, become shuffled and seem to breed new logic. More so than his previous work, the paintings in "The Softest Bullet" capitalize on the notion of fiction. That is, these paintings contain characters and scenarios that are constructed, imagined, and do not rely only on the rudimentary source material of observation.
Though containing narrative elements, almost all of these works make use of illusionary devices that serve to obscure and complicate this narrative. Hazy smoke, clothing as disguise, veils of foliage, the screen of a fence are all part of a painterly apparatus which shields the viewer out yet reveals small glimpses of a larger hidden story.

« There is something clumsy about these works that exceed the accidental (falling from a branch, banging a knee, etc.). They reference a larger gracelessness of the body as a form and a vessel, lumbering through space and coming into contact with food, weapons, prophylactics, other bodies. Hilsman describes his own paintings as making reference to the ways in which "our absurd bodies can hold us back." We joke about how to dress them, what they emit, how to contain their trust. If we were for a moment to see them anew, as if for the first time, we’d surely recognize our bodies as both belonging to us and being totally foreign, as both totally efficient and ludicrous things. The problems of embodiment and fragmentation have something to do with each other, of course. With net-art and neo-formalist paintings on the rise − art that, in its most reductive terms, describes a certain numbness or passivity − Hilsman’s work prompts us to confront and name our bodies. Recently a friend told me that, when surfing the internet or while on the computer for long stretches, she tends to forget that she has a body altogether. These paintings surely promote and describe the opposite feeling : a sensitivity toward the body, even as (or perhaps because) it comes
apart. » Carmen Winant, 2015.