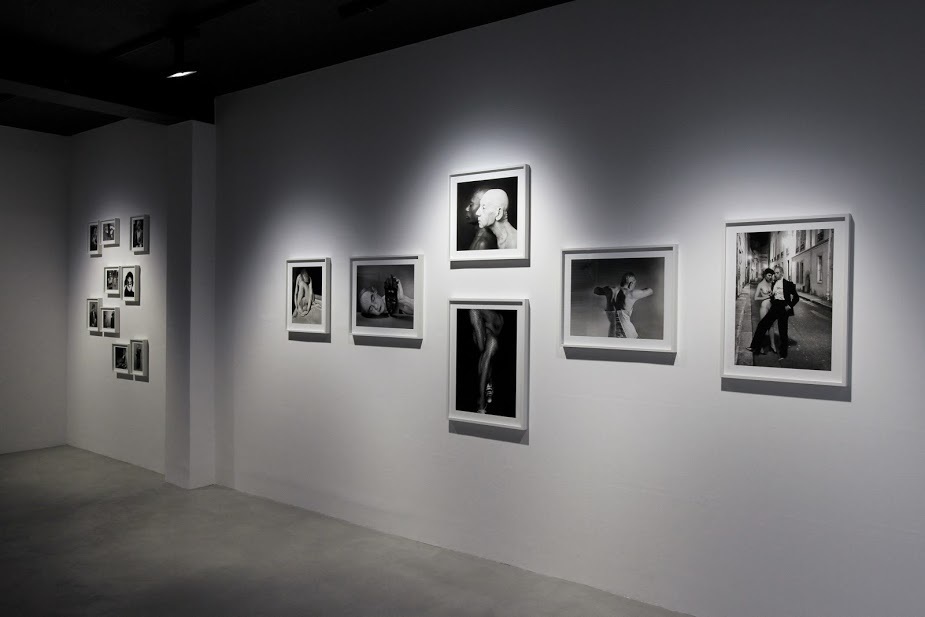 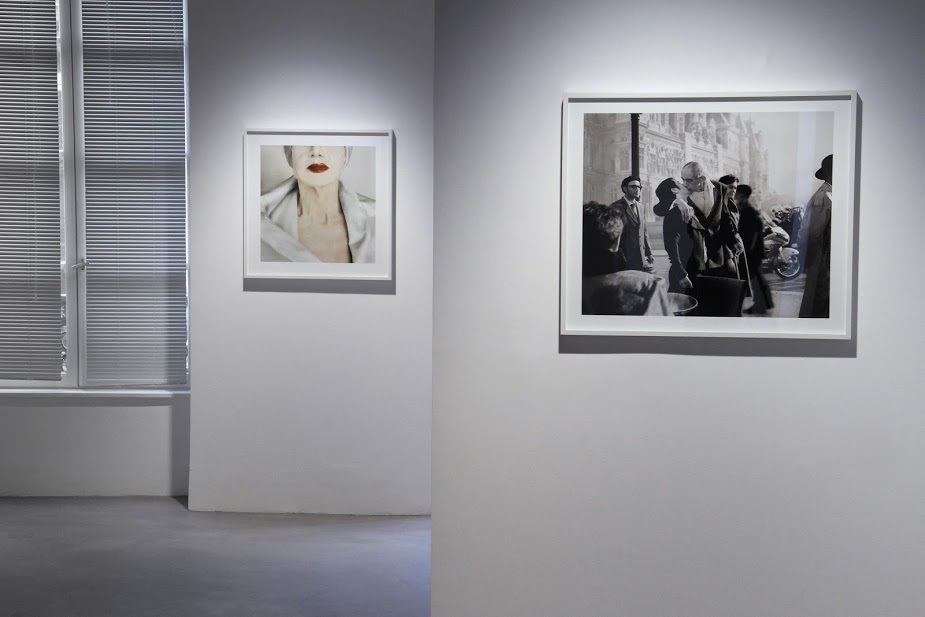 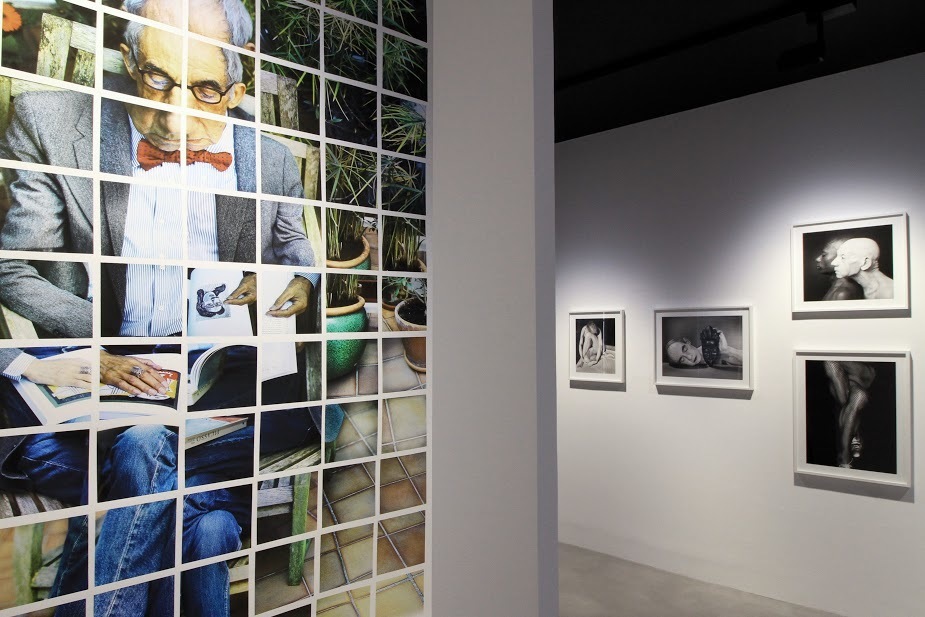 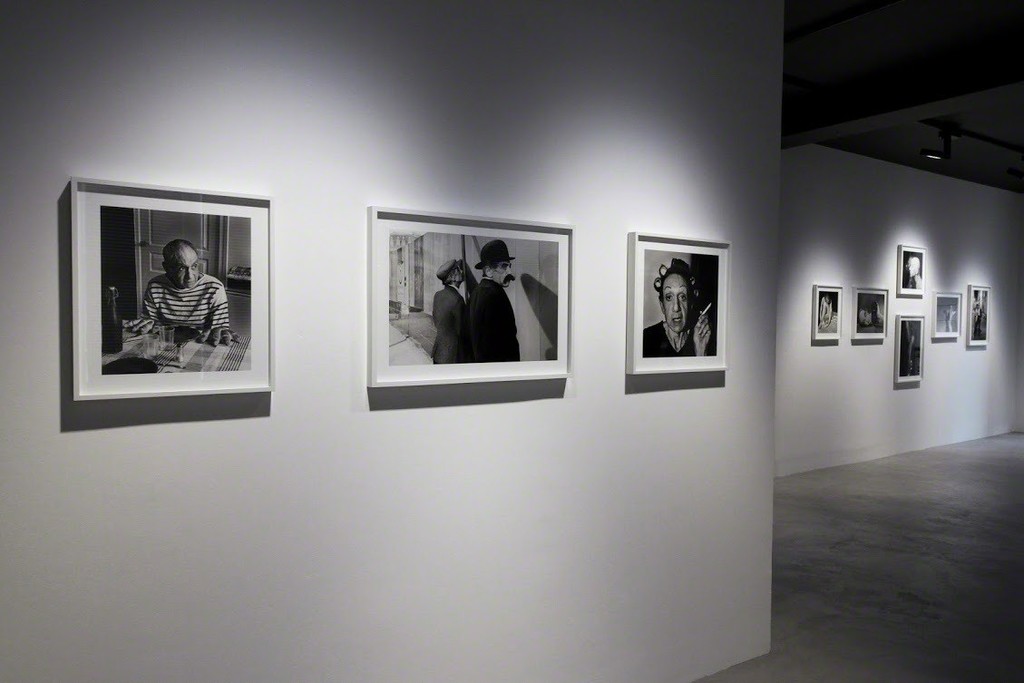 LOOKING FOR THE MASTERS IN RICARDO’S GOLDEN SHOES
CATHERINE BALET

French artist Catherine Balet, pays tribute to the great masters of photography by revisiting 176 years of photography. The exhibition marks this autumn's big event at the Galerie Thierry Bigaignon.

It all began in 2013, one summer morning in Arles, during the famous photography festival Les Rencontres photographiques. Ricardo Martinez Paz, as a young dandy aged 76, whose resemblance to Picasso is striking, is seated before bread rolls. He's wearing a sailor stripe jersey and his look is somewhat evasive. Catherine Balet stares at him and immediately thinks of the famous photograph of Picasso by Robert Doisneau. She grabs her camera and immortalises the very moment that would trigger her irresistible desire to go further. Two and a half years of intensive work will follow, leading these two friends to explore the whole history of photography, from the first self-portrait by Robert Cornelius in 1839 to today's selfies.

Catherine Balet's work has already caught the attention. As a graduate of the Ecole des Beaux Arts in Paris, Catherine is fascinated by the digital revolution. She was already seeking to grasp its deepest meaning by plunging in the history of art. In her previous series, "Strangers in the Light", she had reinterpreted a given number of masterpieces, such as Olympia (Manet) or The Death of Marat (David), placing the mobile phone and the chiaroscuro it generates at the heart of her compositions. This time, by reinterpreting 120 iconic photographs with her "muse" in the golden shoes, Ricardo, Catherine Balet pays a vibrant tribute to the masters of photography, from Man Ray to Martin Parr, to enhance the understanding of the current and future trends in photography.

Thierry Grillet, director of cultural affairs at the BnF (Bibliothèque Nationale de France) explains: "Catherine Balet chooses to cross the digital gap that separates us from the former society, to merge inheritance and testimony into one single legacy. In other words, to build up a corpus of references, but she does so without any excessive reverence”.
This tribute is rooted in a much more fundamental reflection on the meaning of self-representation, drawn from the reality of others, and on the large-scale assimilation of images through the Internet. It also seeks to transcribe a contemporary reality by creating connections with works from the past, and puts into question the concept of memory as a whole. What is the place of memory when the fast-track evolution of digital technology and the supremacy of smartphone photography are tampering with time? At a time when the dissemination of images has accelerated, could those images only be illusions that could be reproduced ad infinitum, in a way that their very source would be lost? This feeling of abundance and frustration brings about reflections on the life of the image, somewhere between the fugitive and the timeless, between excessive exposure and random archiving. And Catherine Balet added: "This has awakened in me the desire to find in the Masters the essence of photography and to understand what makes a photo iconic. In the profusion of images and the permanent flow induced by the digital age, how will it possible for new images to become part of the collective memory?"

For Thierry Bigaignon, in charge of the eponym gallery which represents her, this work is particularly interesting because it implies a deep and legitimate reflection: « When you think of Ellen Kooi, Alex Prager, Tom Hunter or more recently Sandro Miller, you realise that many artists, at a given moment, paid a homage to their predecessors, but no one before Catherine Balet had ever covered such a wide range. This is her anthropological approach, the thoroughness and accuracy she has demonstrated, as much as the tenderness and humour transpiring from her work, which turn this exhibition into an absolute must for any photography lover".

The exhibition, which is to begin September 7, 2016, will present a selection of 28 images by Catherine Balet out of the 120 included in her book. This book, entitled "Looking for the Masters in Ricardo’s Golden Shoes" (Ed. Dewi Lewis) is a real gem, and a signing session will take place at the gallery on Saturday, September 24, 2016, from 12.00 to 7.00PM. On this occasion, 150 limited copies of a "collector" edition accompanied by an original print will be offered for sale.

Also, in its willingness to open to all audiences, the Galerie Thierry Bigaignon proposes children workshops on the history of photography, Saturday, October 8, 2016 (limited seating, subscriptions on www.thierrybigaignon.com).