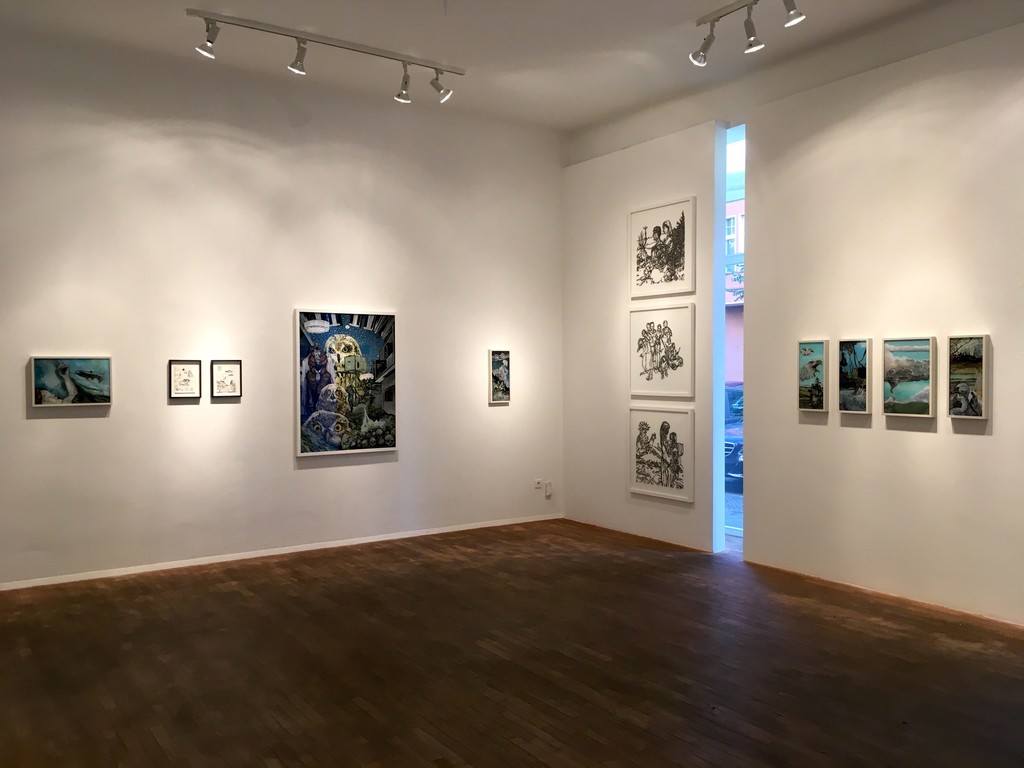 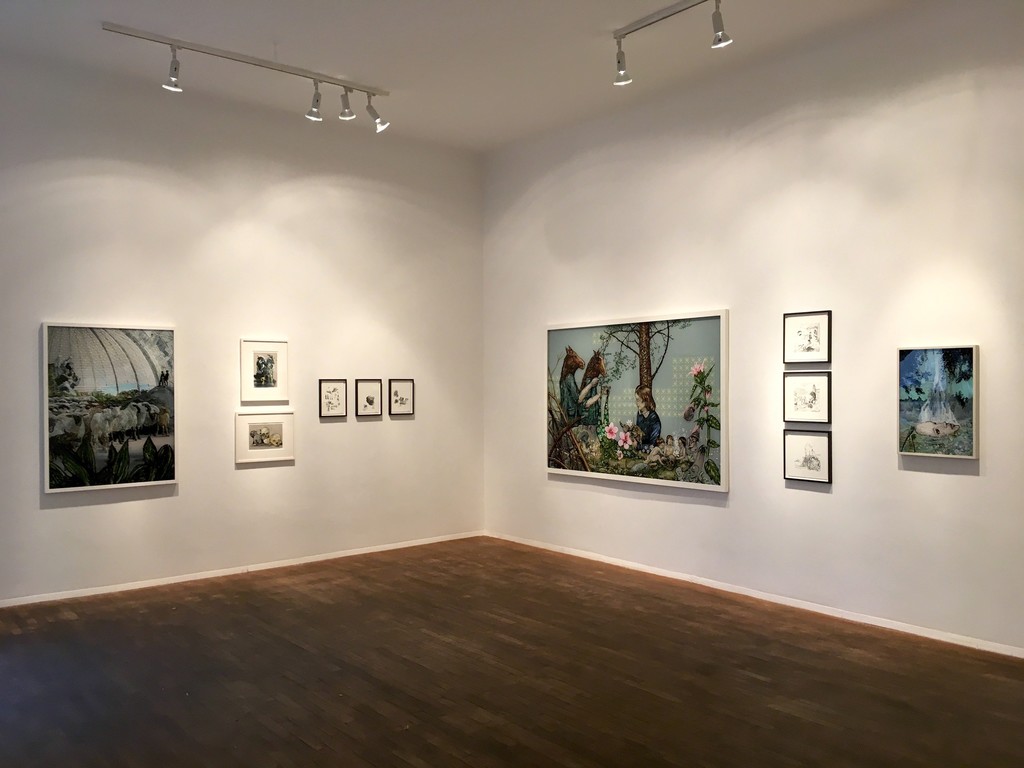 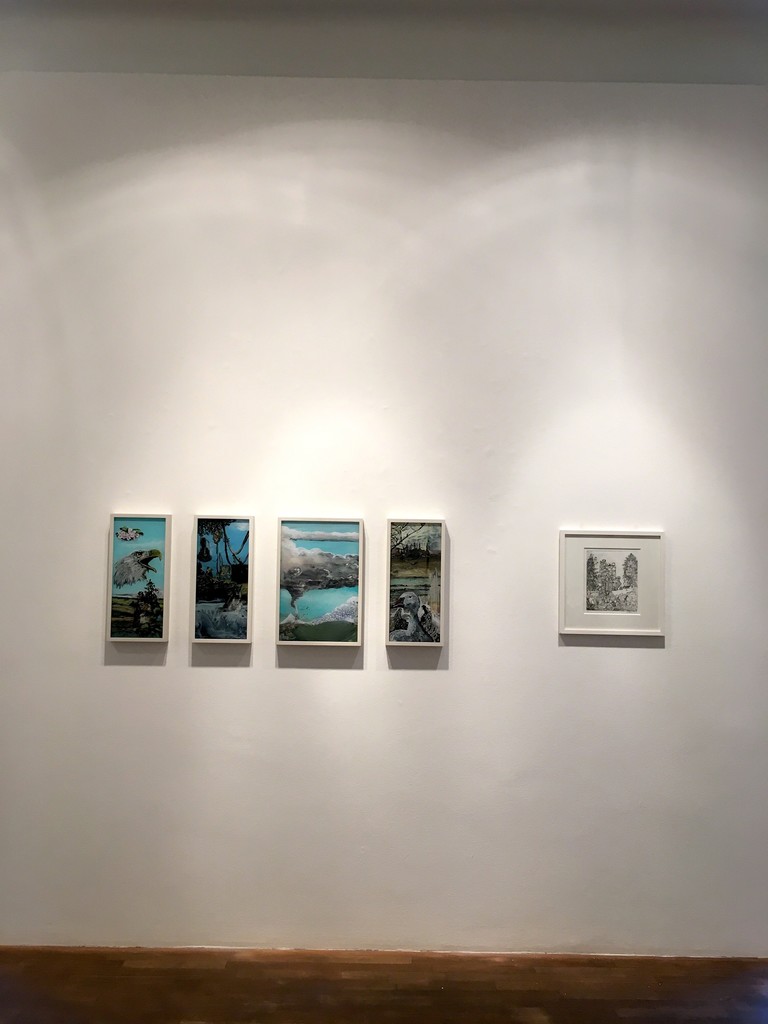 Through drawings and sketches on paper and transparencies, the exhibition “Wertekanon” (“Canon of Values”) explores the complexity of the work of Wolf Hamm and thereby concretizes the thought process of questioning our system of values.

Wolf Hamm’s works are structured narratively and in a dramaturgical style. The dramaturgy in his works resembles that of the theater: Figures are given costumes, “although they are not on a common stage; it is more the case that several sequences become entangled and superimposed” (Rainer Bessling). Different threads of narrative, places, and times become entangled. With complex connotations and allegories and the embedding of human tragedies and comedies, Wolf Hamm touches the essence of human existence and confronts the observer with personal experiences.

In Wolf Hamm’s work, the partly “Darwinistic approach” (Julia Ritterskamp) refers to “the questioning of the relationship of humans to nature, to matter, and also to themselves” (Torsten Rademacher), although the questioning of existential meaning is definitely in the foreground (the search for enlightenment).

His method of work also tallies with the questioning of conventional structures: Using the medium of reverse glass painting, the work’s structure is the opposite of painting on canvas (that is, what is painted first moves automatically to the foreground). For Wolf Hamm, this process of rethinking is also related to the moral system of values, which he constantly reviews and returns to in his works.

Wolf Hamm (born 1974 in Delmenhorst, Germany) studied at the University of the Arts Bremen from 1998 to 2001, and transferred to the Kunstakademie Düsseldorf (Arts Academy of Düsseldorf) in 2001, where he studied under Siegfried Anzinger, graduating in 2004 as his Master Student. Wolf Hamm lives and works in Berlin.