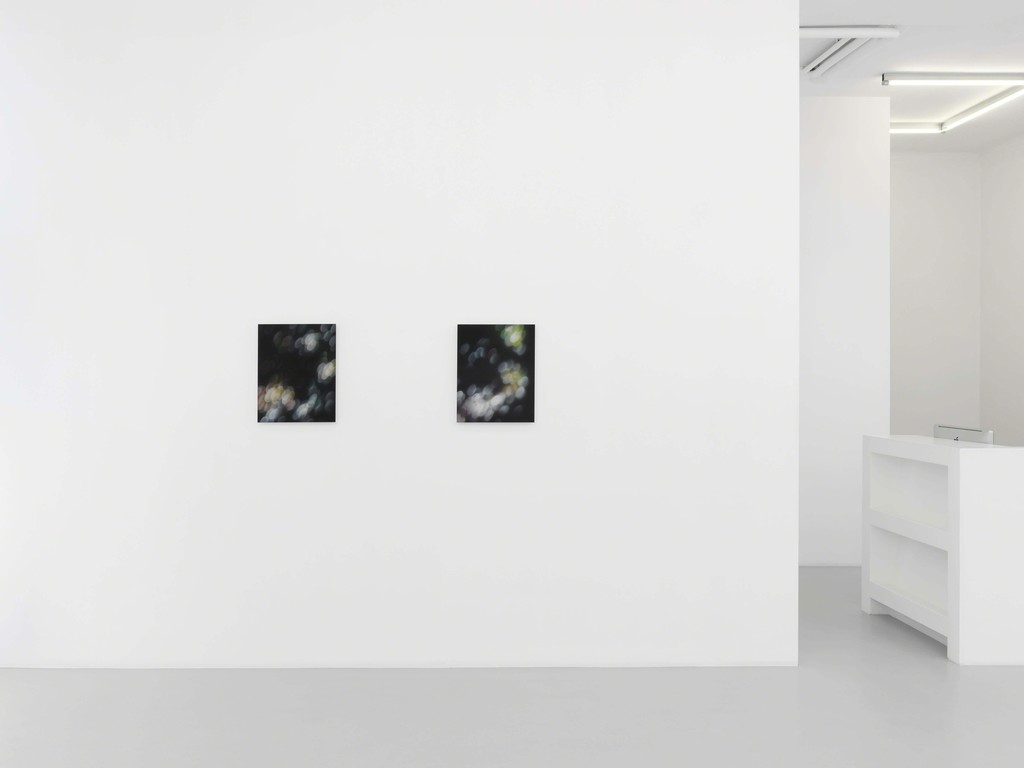 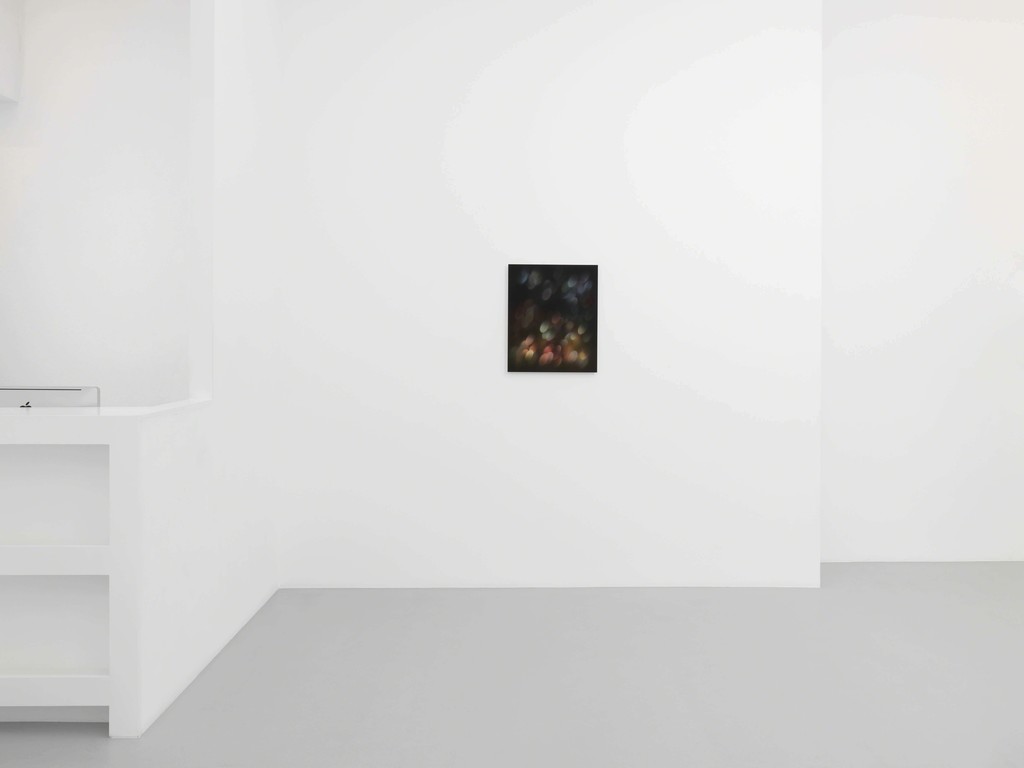 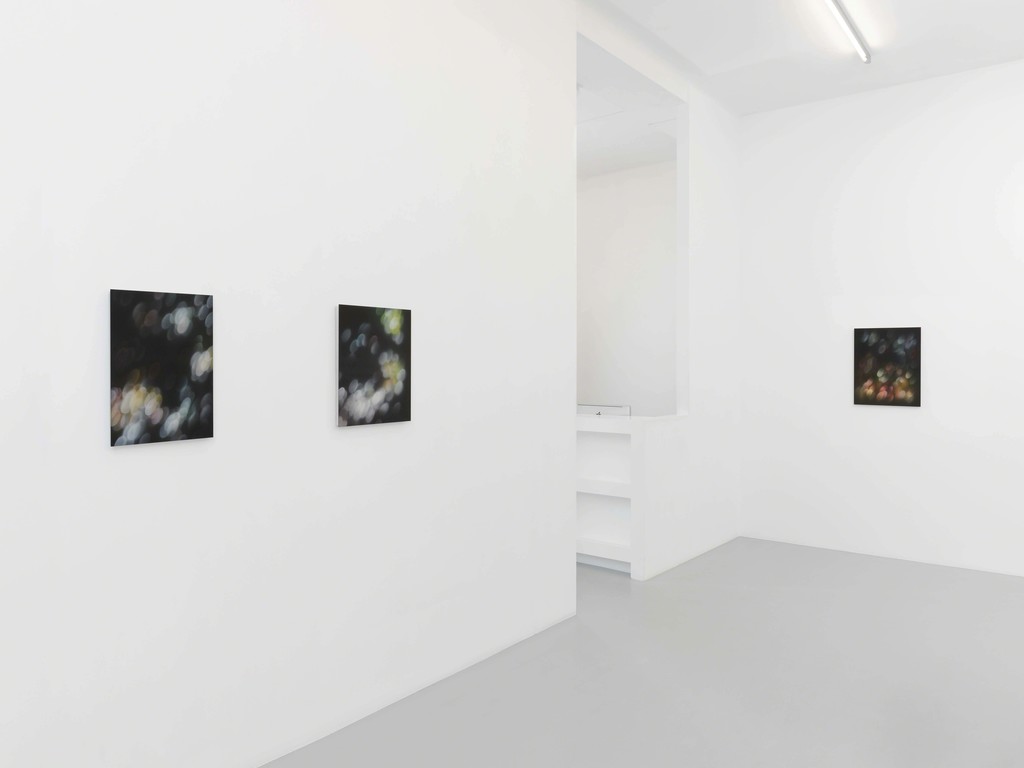 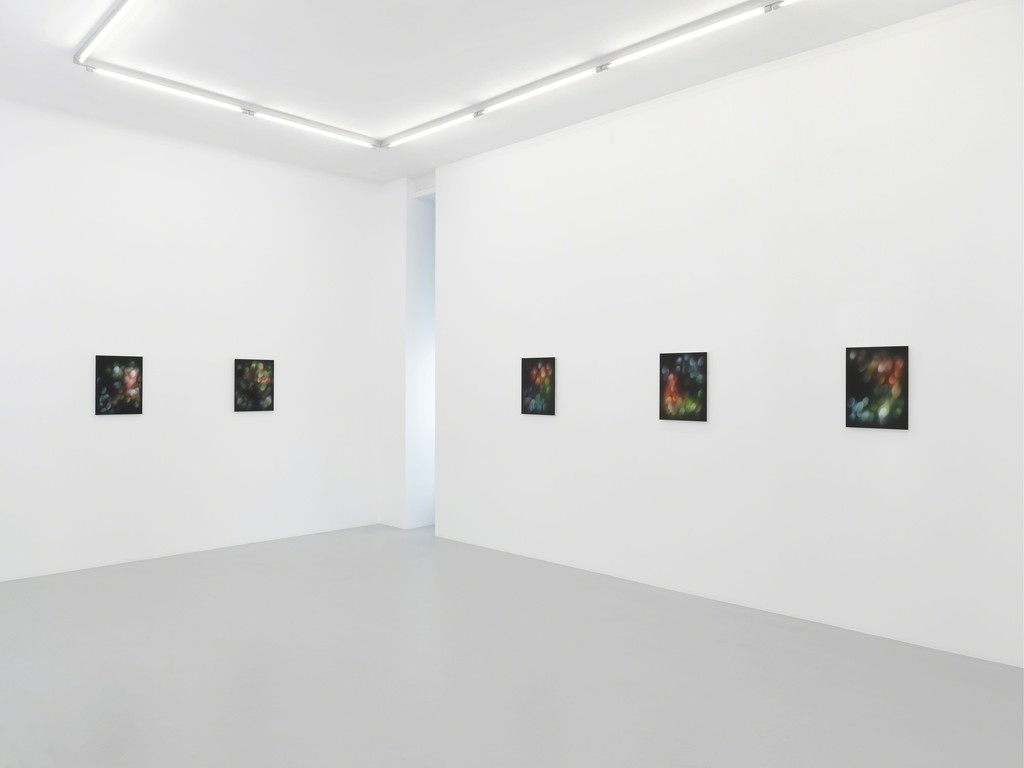 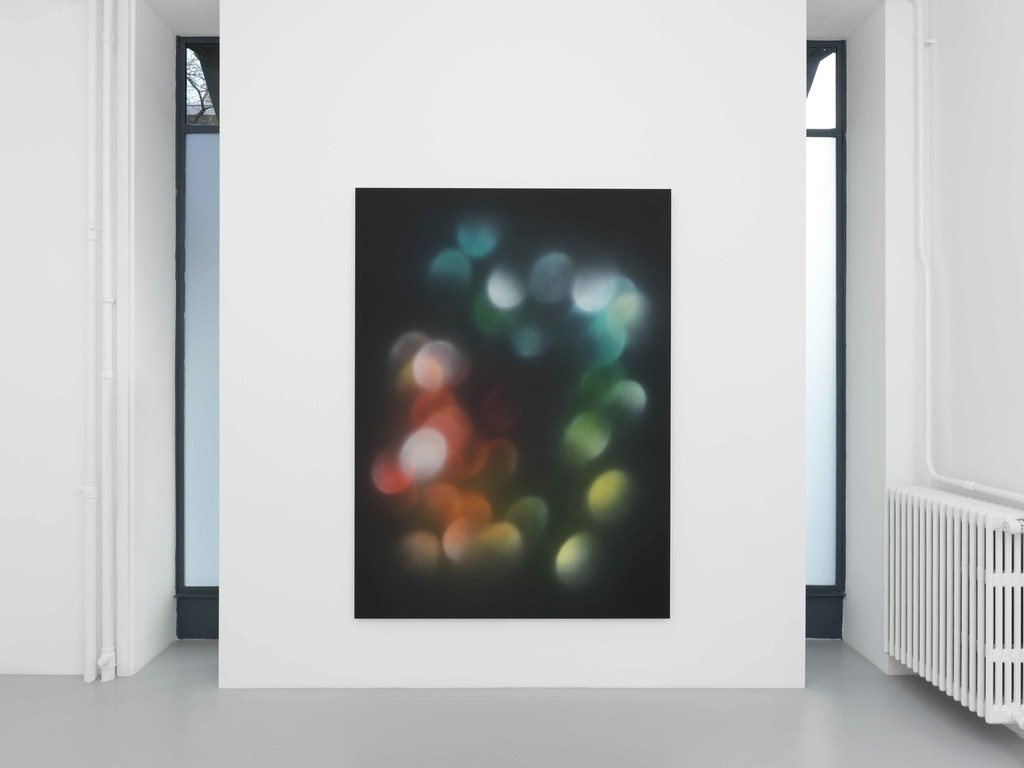 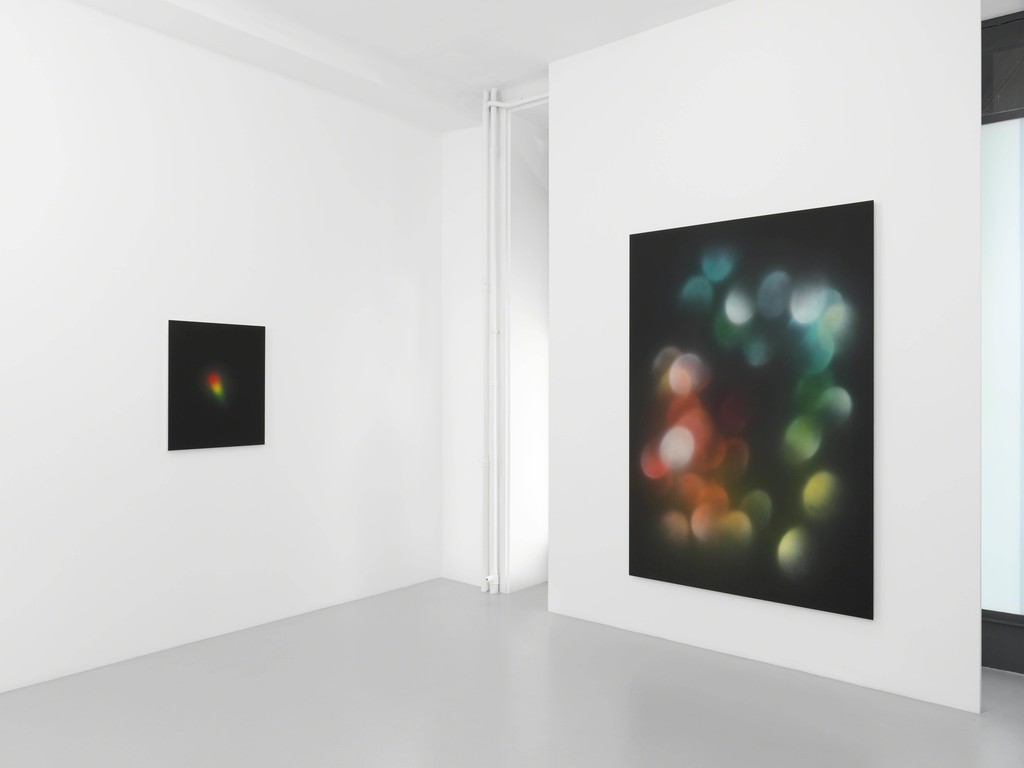 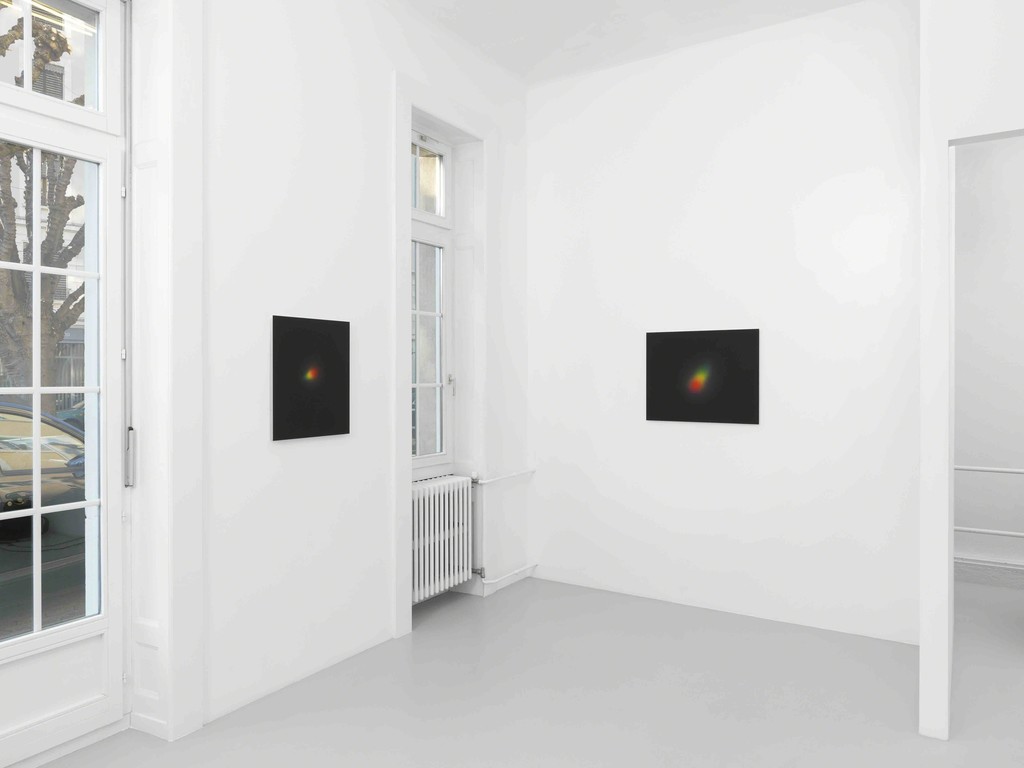 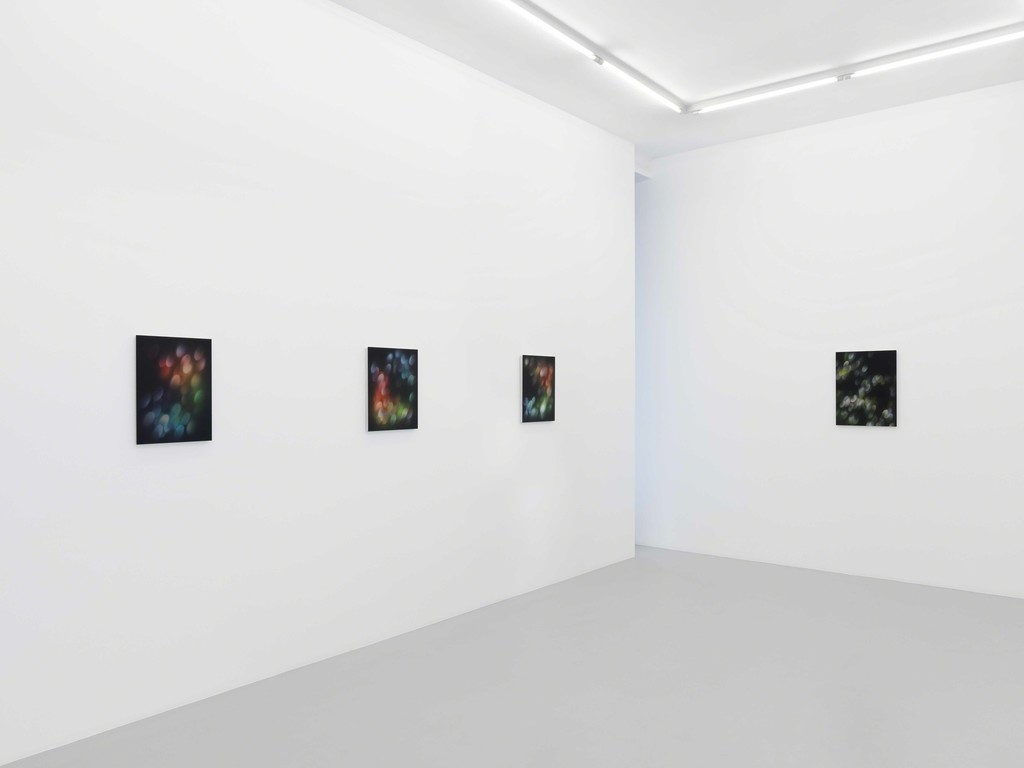 The Galerie Xippas is delighted to present an exhibition by the English artist Darren Almond. Fascinated by the notion of time and its representation, Darren Almond’s diverse body of work incorporates film, drawing, installation, sculpture and photography. For his second exhibition at the gallery in Geneva the artist created two series of brand new paintings.
Darren Almond works with a wide variety of media through which he transmits and redefines his own notions of time, space, duration and collective memory, bringing together a body of work of astonishing formal diversity and great conceptual coherence.
The two series of paintings presented in his exhibition in Geneva can be seen to relate specifically to the passage of time. Darren Almond relies on two concepts that also give the exhibition its title: The Swerve and The Light of Time. Two concepts that define our relationship to time and space and play on the foundations of our perception and knowledge.
The first one, discovered by Lucretius, the Roman poet of the 1st Century BC, describes a swerve, a spontaneous deviation of the trajectory of the atoms during their fall in the vacuum. This slight deviation of the atoms out of the rectilinear trajectory which is theirs, by virtue of their weight and the gravity, would allow the atoms to collide.
« If we fast forward to present day science, says the artist, we have recently discovered a semblance of this swerve in Gravitational Waves. We have been able to measure with certainty that there is an incredibly subtle ripple within gravity itself and that gravity it is not a constant force as previously thought. We have concluded that there must be at the centre of our very own Galaxy not one, but two black holes. It is these two seismic, black masses right at the heart of our galaxy which are oscillating in on themselves that generates this shift in gravity’s pull and leads us to The Swerve of Lucretius. »
It is precisely this minute and fortuitous movement, temporally indeterminate and random, that would explain the creation of the world. Lucretius wonders about this in his poem De la nature des choses: « Where does this freedom granted on earth come from to all that breathes, where does this will torn away from the fate, which makes us go everywhere where the pleasure pulls each of us, and, like atoms, allows us to change direction? ». The Swerve would therefore be the answer: « this slight deviation of atoms introduces indeterminacy into the universe of necessity. » [1]
The second concept represented in these new paintings, The Light of Time, is based on a unit of measure; the time-light. « The Light of Time is a measure of perception, explains Darren Almond, of why we have chosen to measure and quantify our existence here with light, and how we have scaled ourselves within a universal time frame. In one instant there is an explicit, direct line of visible light and then there is the moment when this line has been broken, jarred and displaced into a memory of a moment past. »
Each artwork opens onto a singular temporality and reflects our perception of the world and space time, of what it means to exist in the real and fictional realms of temporality. Together they describe moments and movments in which different time scales come into resonance.
Darren Almond was born in 1971 in Wigan, England. He lives and works in London. He was nominated for the Turner Prize in 2005 and finalist for the Pictet Prize in 2009. His work has been the subject of numerous solo shows in institutions such as Villa Pignatelli-Casa della Fotografia, Naples (2018), MUDAM, Luxembourg (2017); the New Art Center in Salisbury, England (2016); the Art Tower Mito in Japan (2013-14) ; the Frac Haute-Normandie and Frac d’Auvergne in France (2011); the Museum Site in Santa Fe (2007); the Folkwang Museum in Essen (2006); the K21 in Düsseldorf (2005); the Nicola Trussardi Foundation in Milan (2003); the Tate Britain in London, the Kunsthalle Zürich and the De Appel Foundation in Amsterdam (2001); the Renaissance Society in Chicago (1999), among others. He has also participated in numerous group exhibitions : at the Kunst Haus in Vienna, Austria (2018); the Cornell Fine Arts Museum, Witer Park, USA, and ARoS Museum of Modern Art, Denmark (2017); the Museum of Contemporary Art in Rome, the Pompidou Center in Metz and MET New York (2016); at the Museum of Fine Arts in Montreal and at the Kunstmuseum Stuttgart, Germany (2014); the Tokyo National Art Center (2013); at the Israel Museum in Jerusalem (2012); at the Monte Carlo National Art Museum in Monaco and at the Miami Museum of Contemporary Art (2011); at MAC / VAL in Vitry-sur-Seine (2010); at the ICA in Philadelphia and the Museum of Cycladic Art in Athens (2007); at MCA in Chicago (2005); at the Jumex Collection in Mexico City, at the Beyeler Foundation in Basel and at the Venice Biennale (2003); and in «Sensation» (1997-1999), which included the «Young British Artists» from the Saatchi collection at the Royal Academy of Arts in London.
[1] Adèle Van Reeth, Les chemins de la philosophie - Lucrèce, le poète philosophe : Le clinamen, des atomes en liberté, France Culture, Sept. 2016