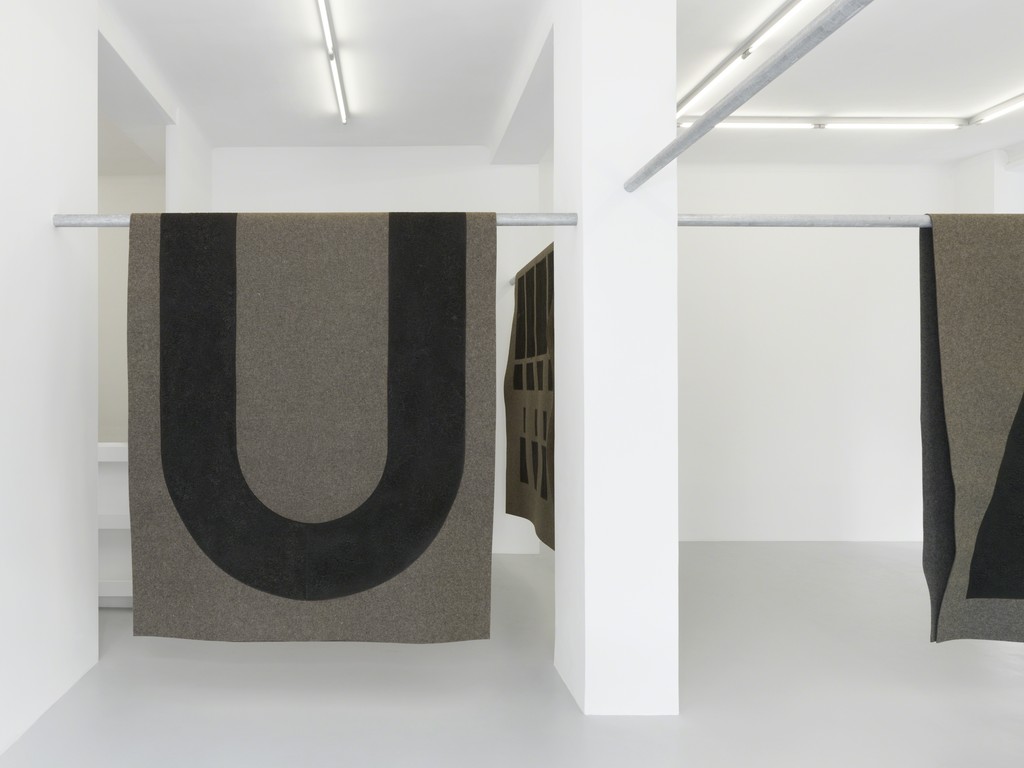 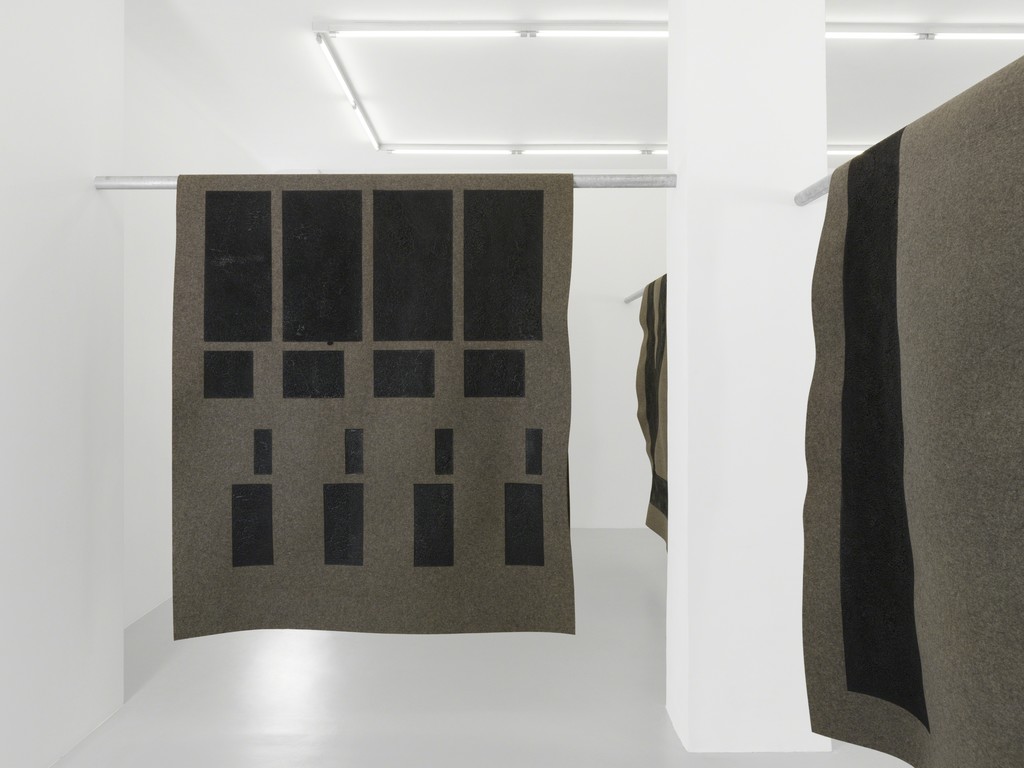 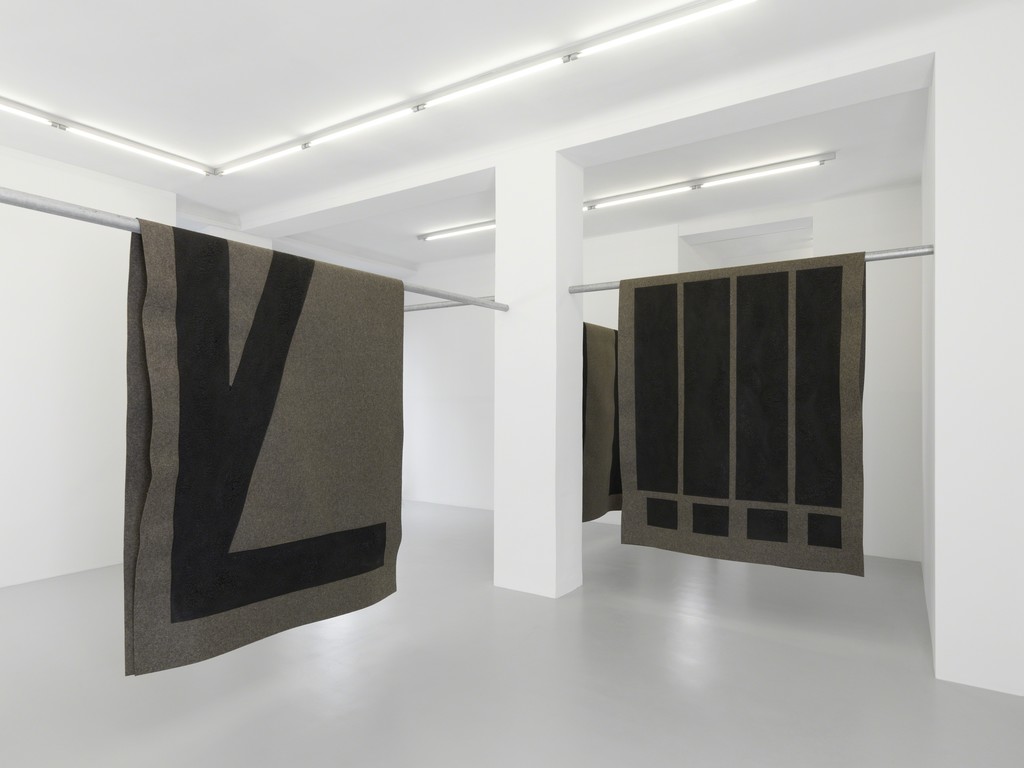 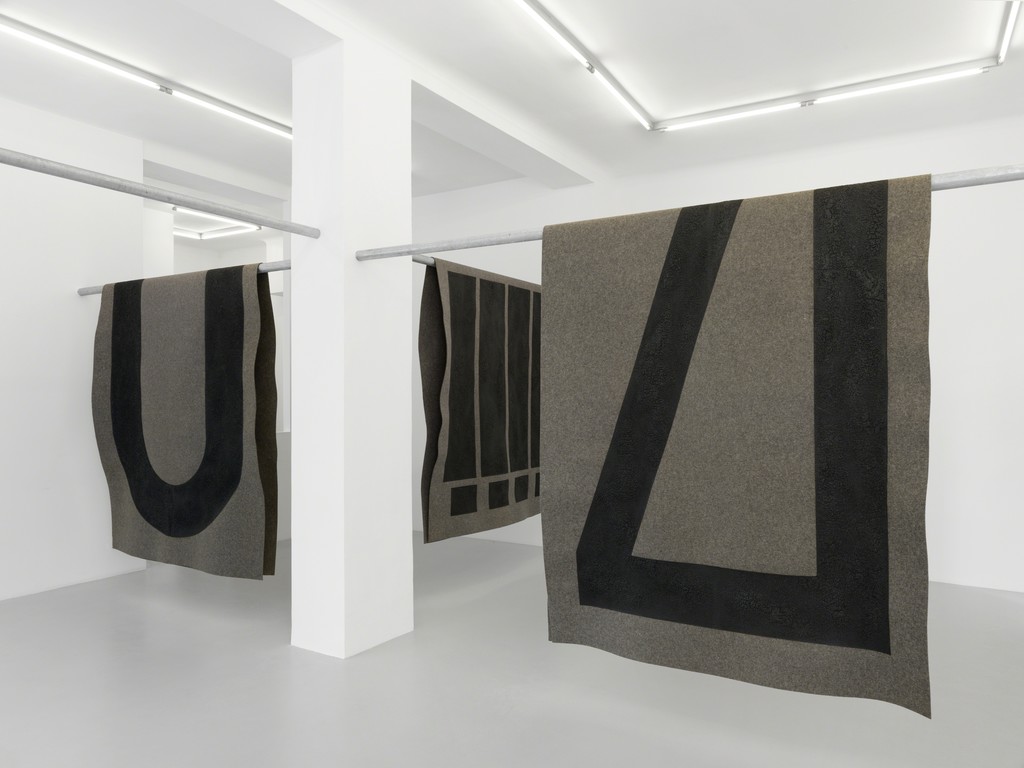 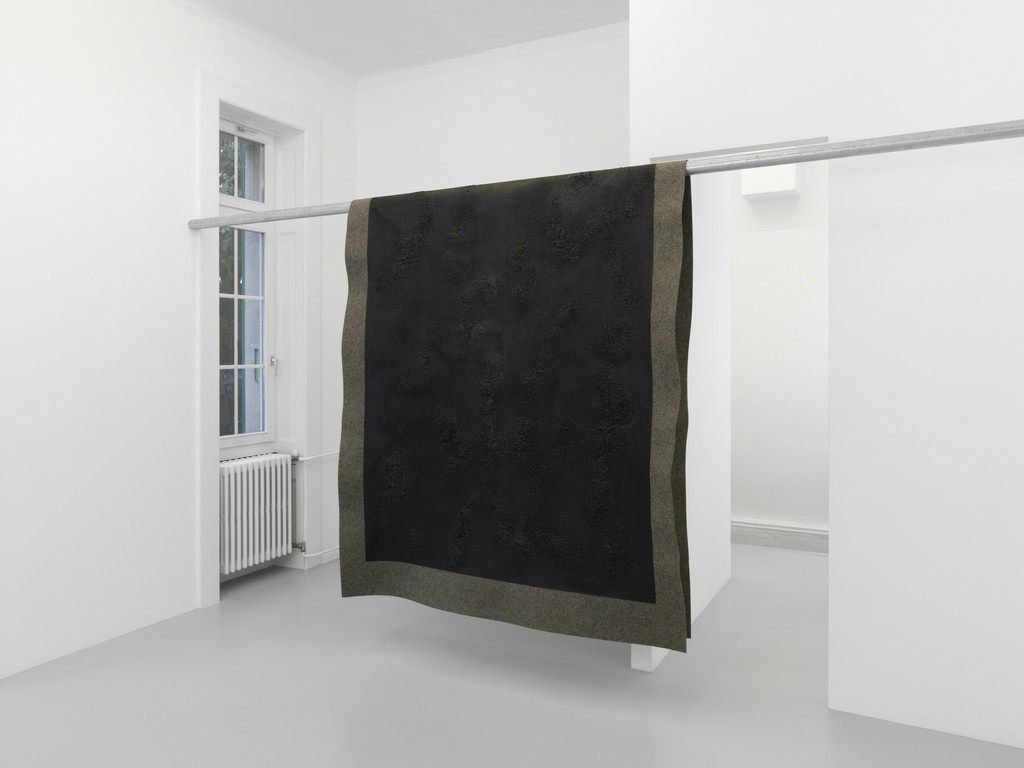 The Galerie Xippas is delighted to present an exhibition by the Swiss artist Emilie Ding. For her first solo show at the gallery, a set of new artworks will be revealed, thought and created for the gallery space.

Unfolding between drawing and sculpture, Emilie Ding's practice is inspired by the structural shapes of materials found in construction and modern architecture. Issued from these aesthetics and the spaces that surround us, elements such as crosses, angles, metal, concrete, and raw materials are used, modified, manhandled by the artist who pushes back their limits.

In this exhibition at Galerie Xippas, Emilie Ding focuses on felt fabric. Each pattern engraved on the textile is playing with the surrounding space. Revealed by the fiber's combustion, the motives follow the same rhythm as windows on a modern building. These could be seen as tiny promises of a way out, but this carbonized felt, fabric usually used in construction for insulation, is more relatable to confined and suffocating spaces. Emilie Ding's oppressing art pieces disrupt the quiet atmosphere of the white cube and the visitors can't help but be troubled by their heavy presence.

Through their scale, their olfactory existence and their influence on the sound, the art pieces strongly force themselves on the public. The constraints she applies on her massive sculptures are a manifest of Emilie Ding's obsession for impossible chores.

Emilie Ding was born in 1981 in Fribourg, Switzerland. She lives and works in Berlin. She graduated in 2008 from la Haute École d'art et de design de Genève (HEAD). In 2013, she won the price Fondation Gandur pour l'Art, the price Grolsch and the price Fondation Liechti pour les arts. The following year, she was laureate of the Swiss Art Awards. Then a year later, Her work One Must Have a Mind of Winter - And Have Been Cold a Long Time was exhibited in the entrance of the Palais de Tokyo. In 2015, the MAMCO in Geneva organized a solo show, entitled Until the Evening of the Echo.