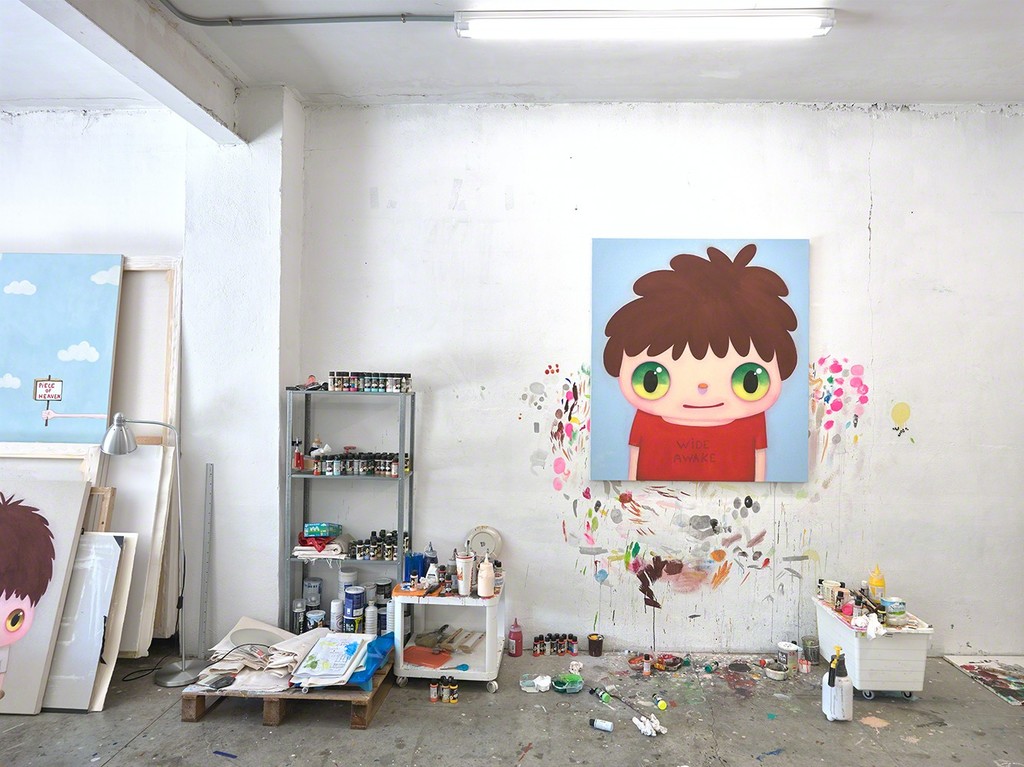 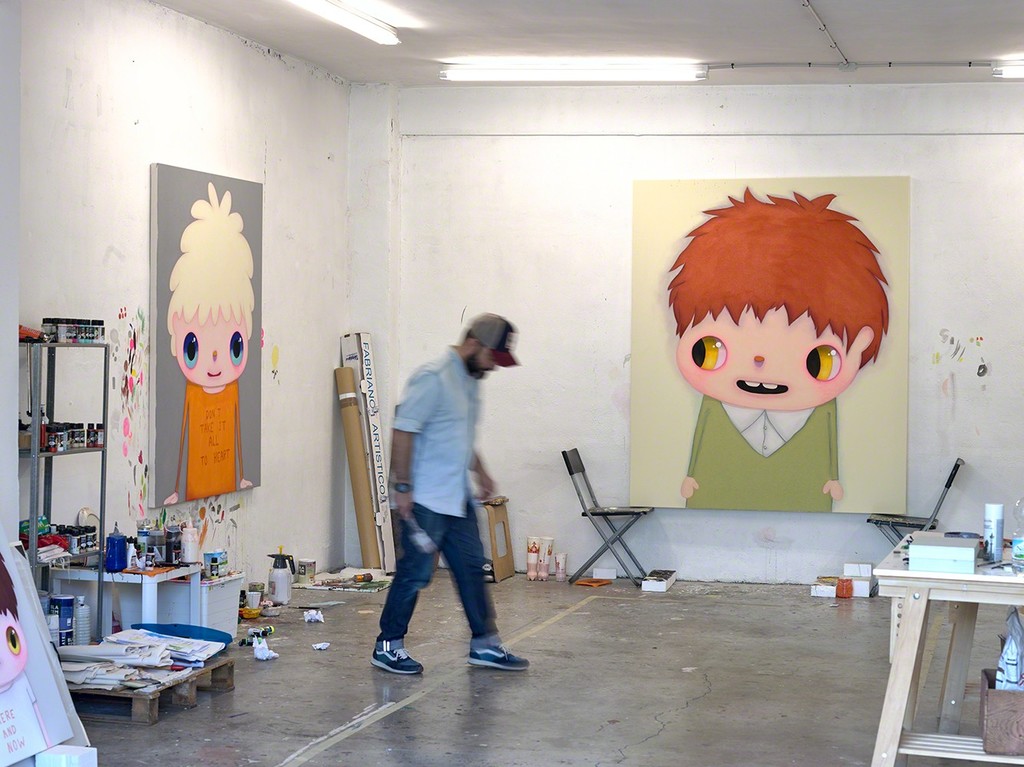 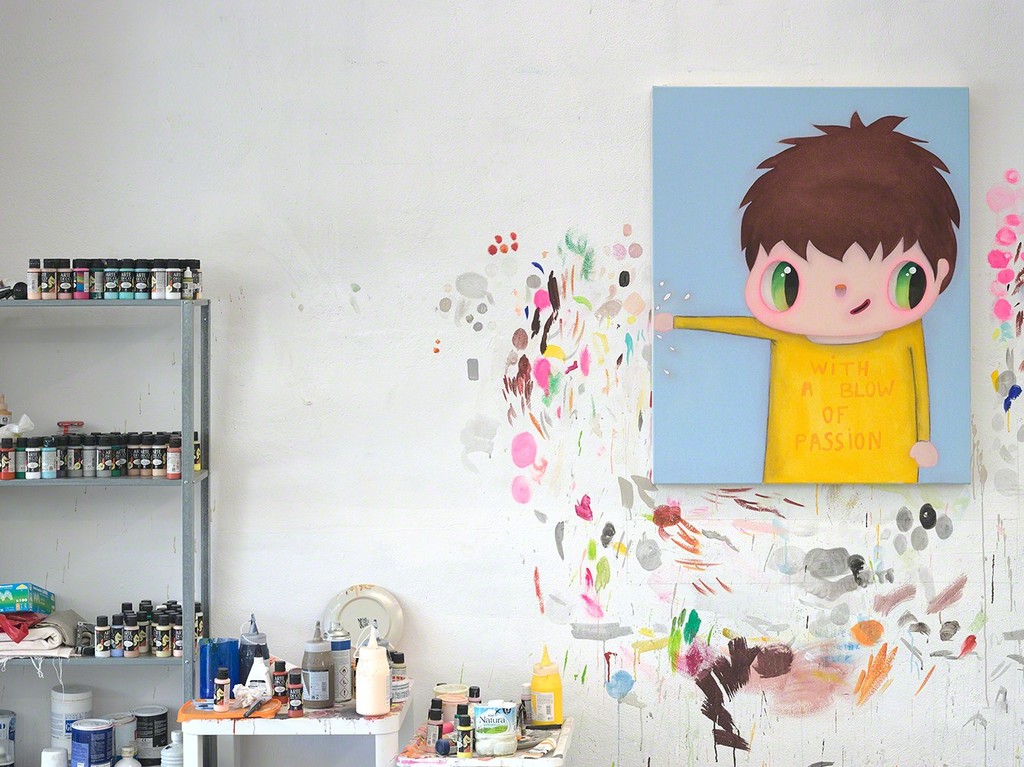 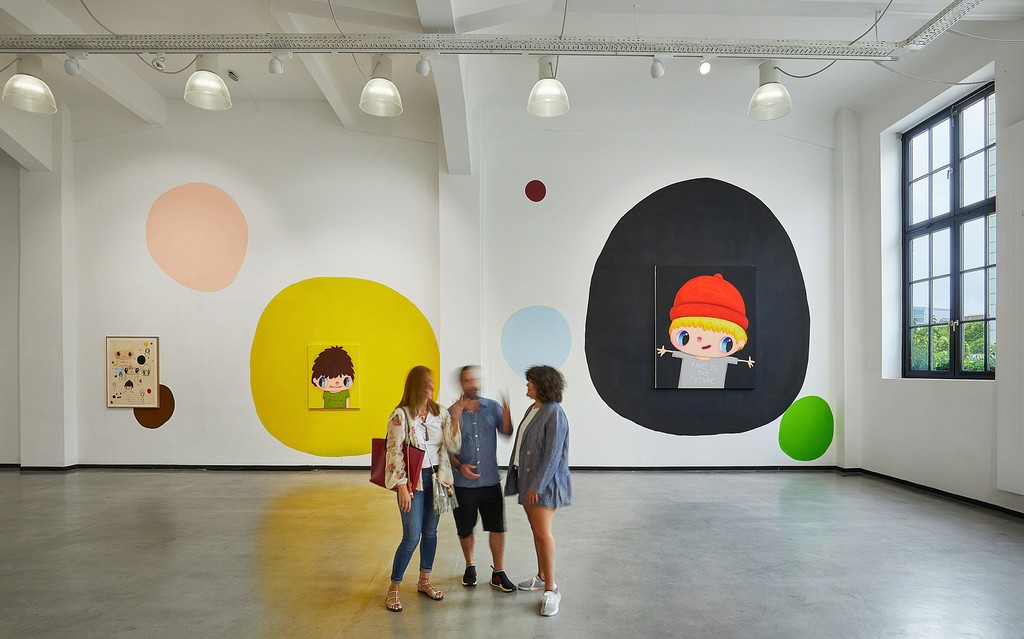 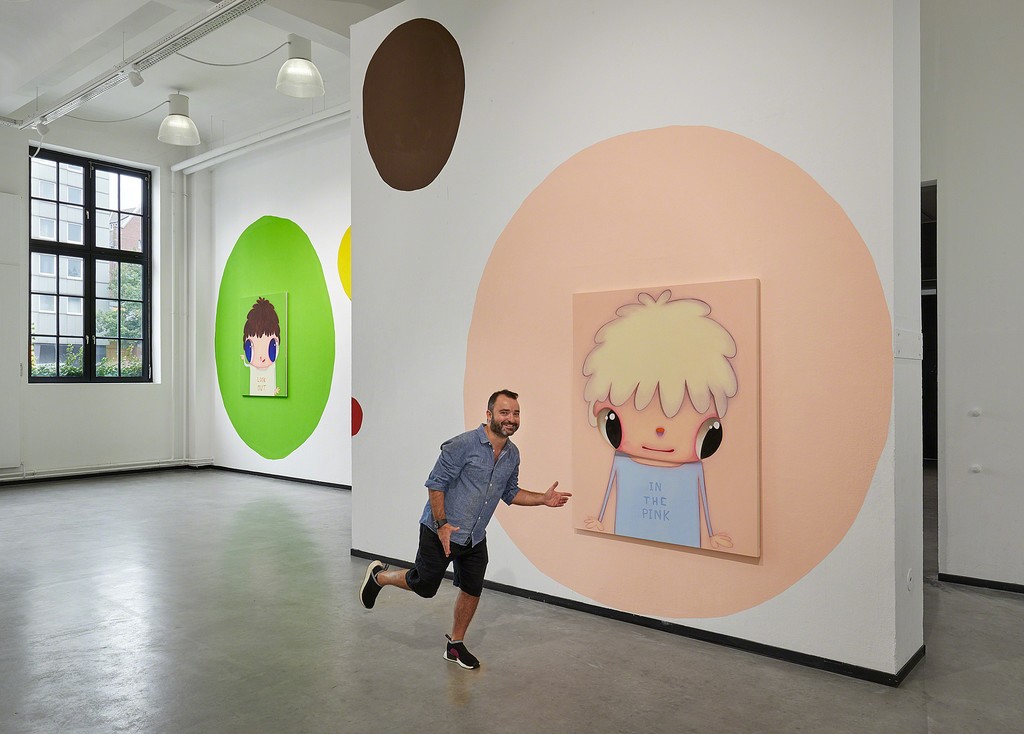 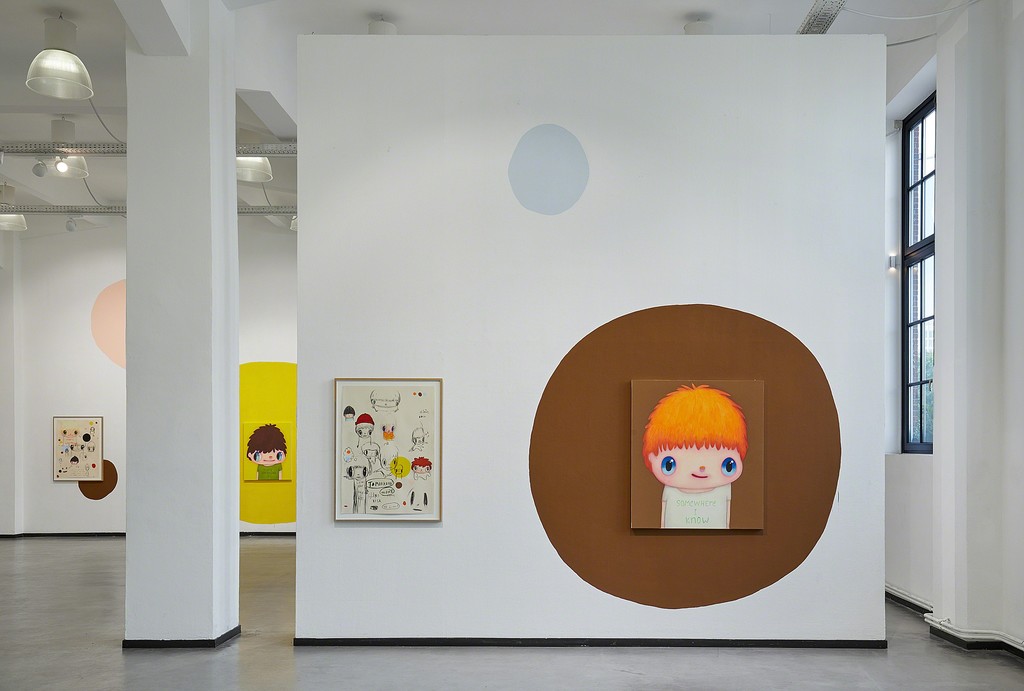 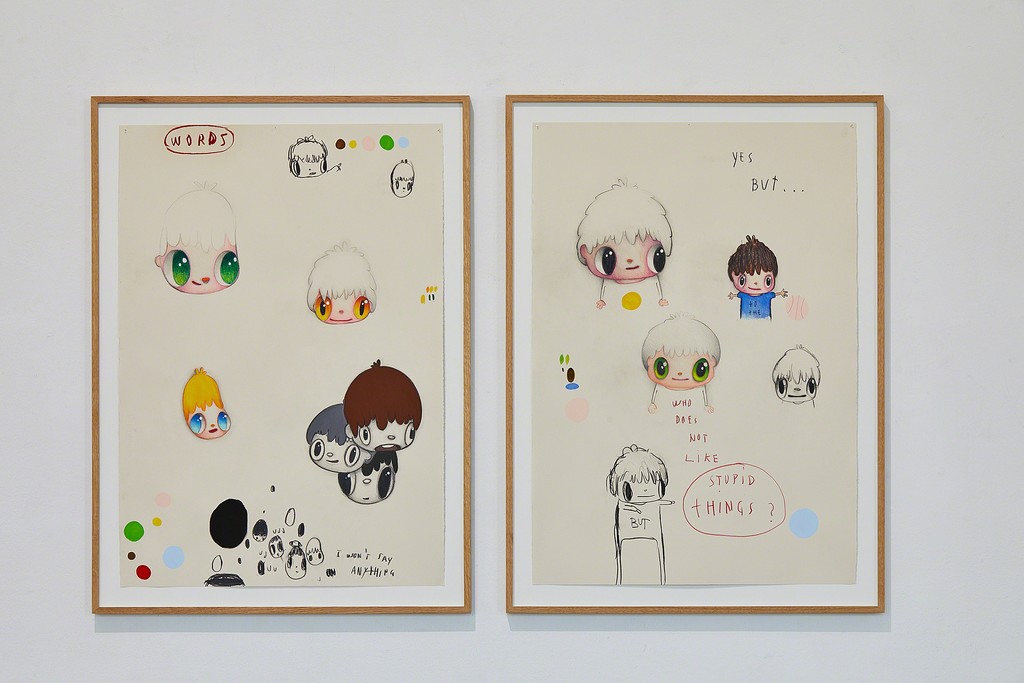 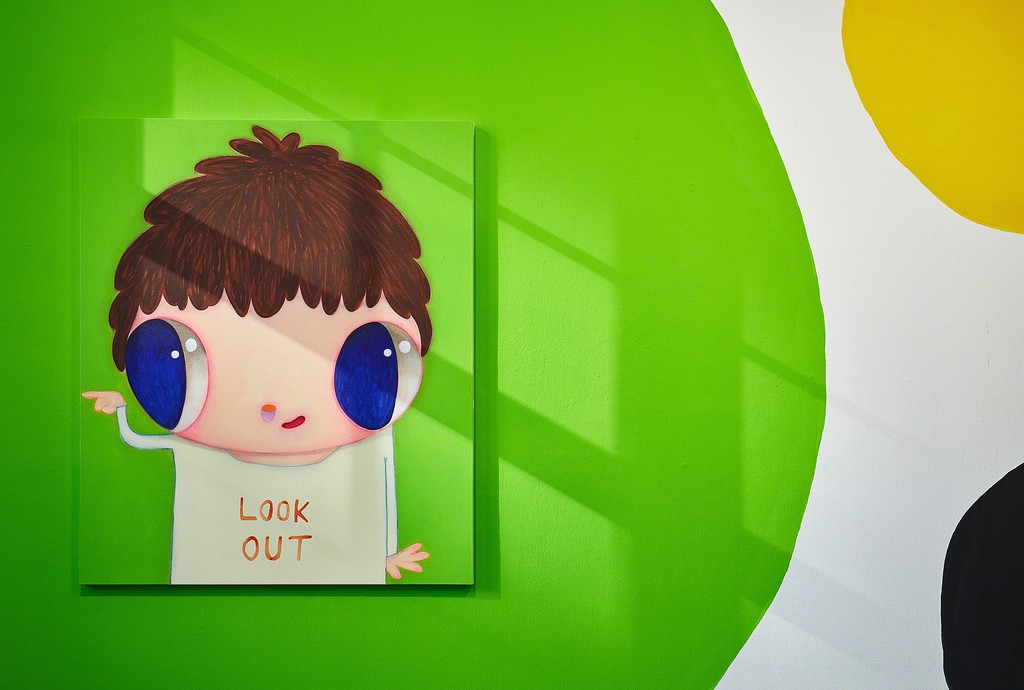 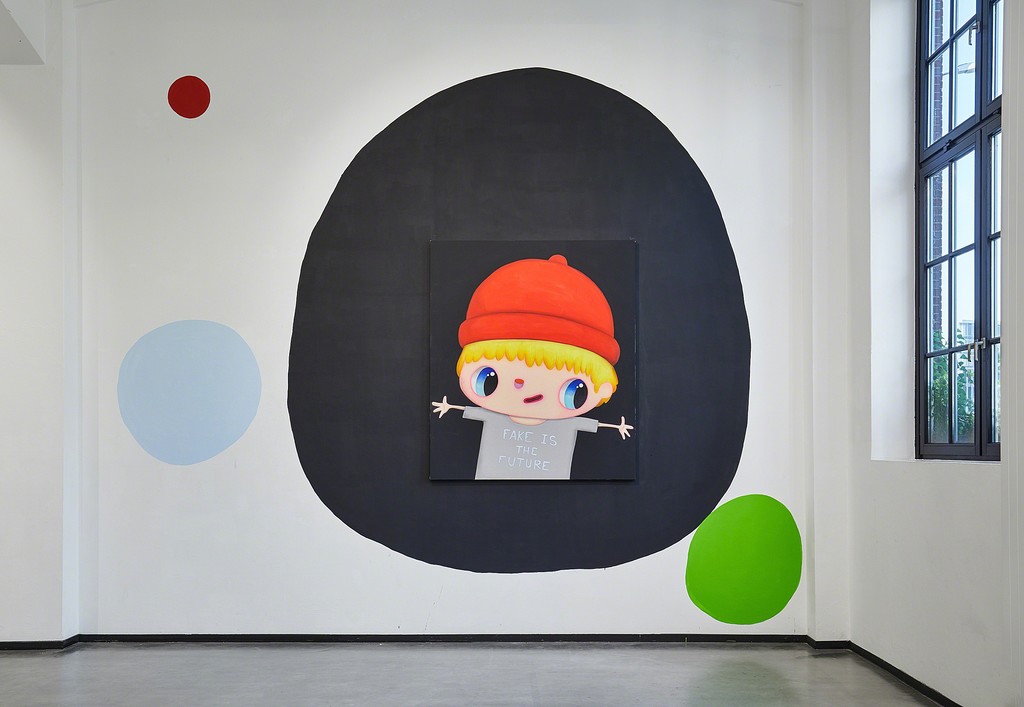 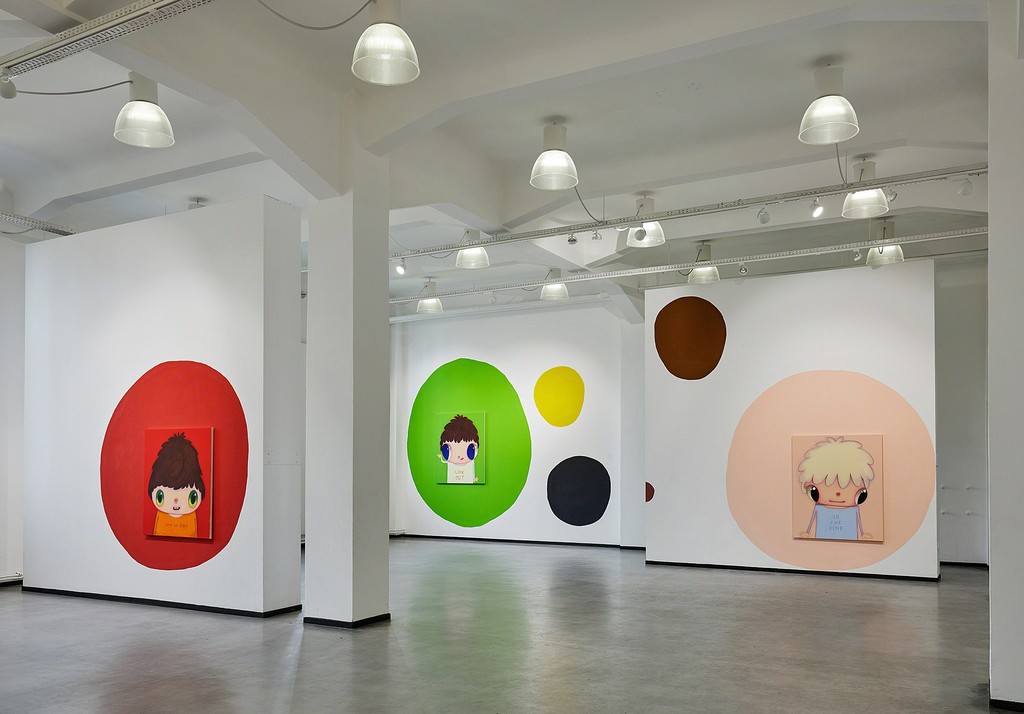 Being influenced by (Asian) pop-culture and having its origin in the simple aesthetics and the direct language of street art, cartoon, anime, or computer games, Javier Calleja’s works are a democratic and omnipresent way of interacting with an audience, using a simple and direct approach. Calleja’s work is in the tradition of recent movements in Pop-Art, like Barry McGee, Yoshitomo Nara, Chris Johanson, or Margaret Kilgallen, and plays with the concept of perception in a whimsical exercise of awareness.
Working with a childlike sense of humor and optimism, his paintings and drawings are often embedded into mini settings or wall paintings. Thus having extreme distortions of scale and proportion, the artist directs the spectator’s attention towards particular details and retains their attention with the wealth of pictorial ideas that are both witty and enigmatic. The exhibition “Fake is the future” will show a selection of new works, that will playfully be staged in their backdrops and thus transform the exhibition space again into its very own Calleja-cosmos.