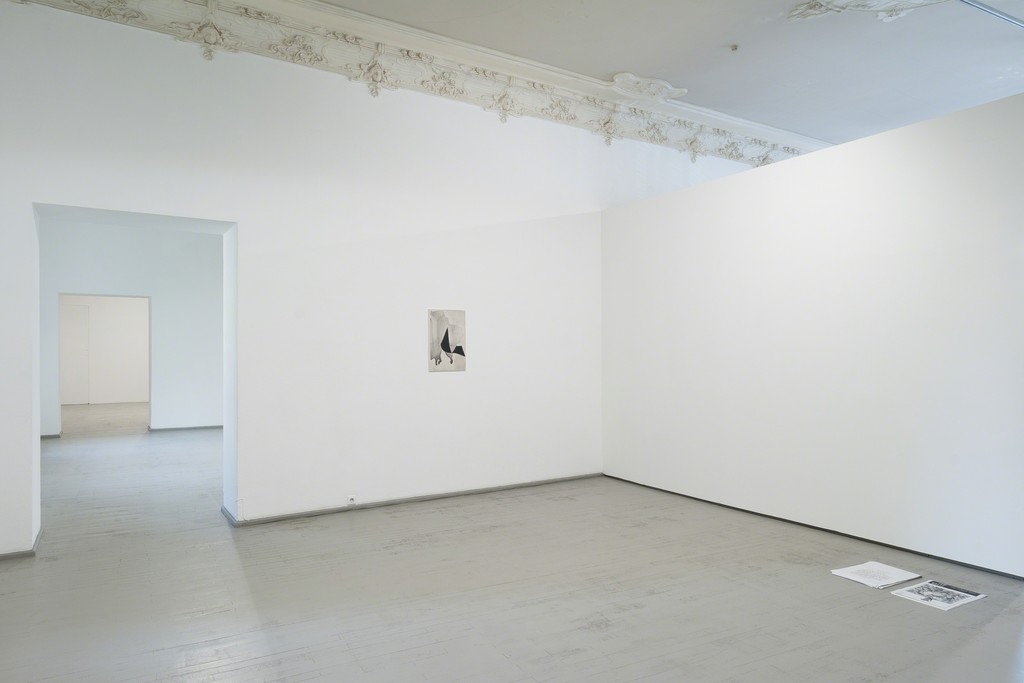 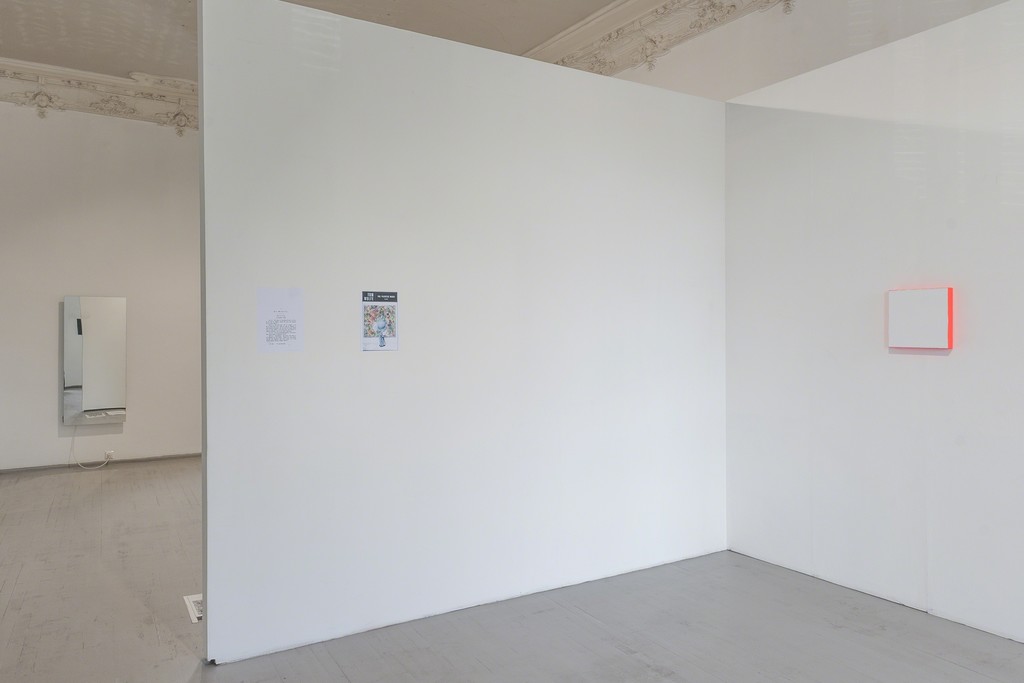 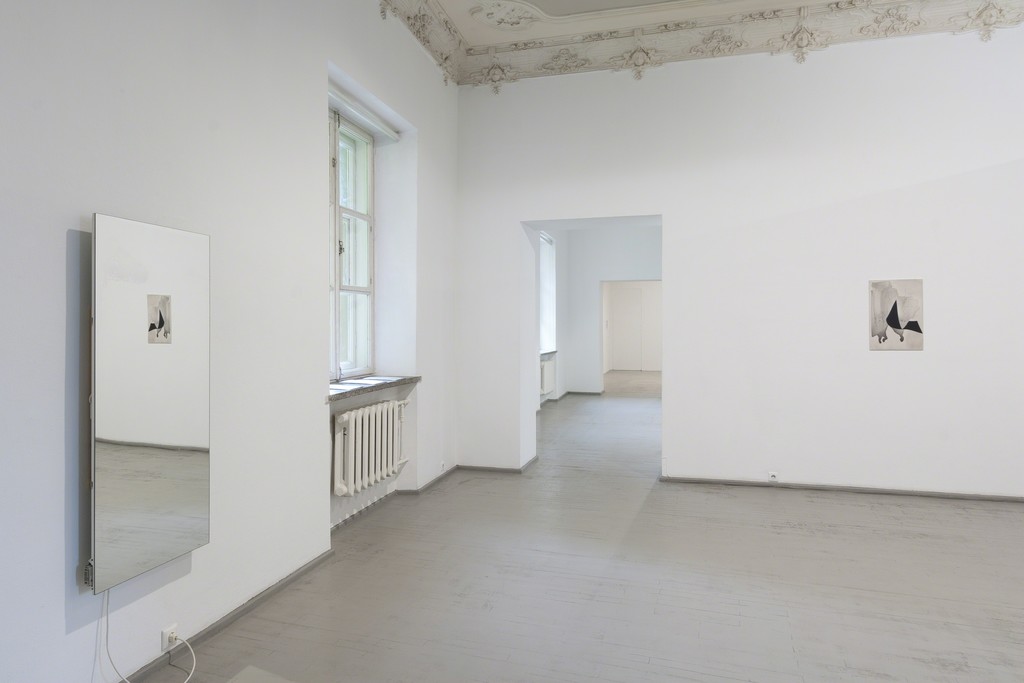 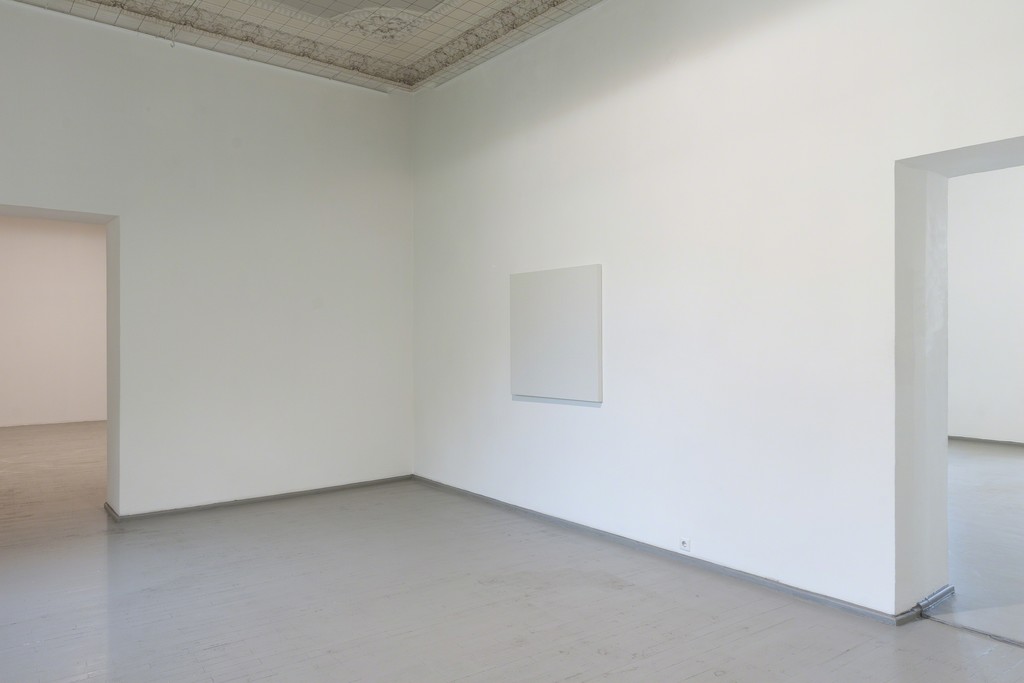 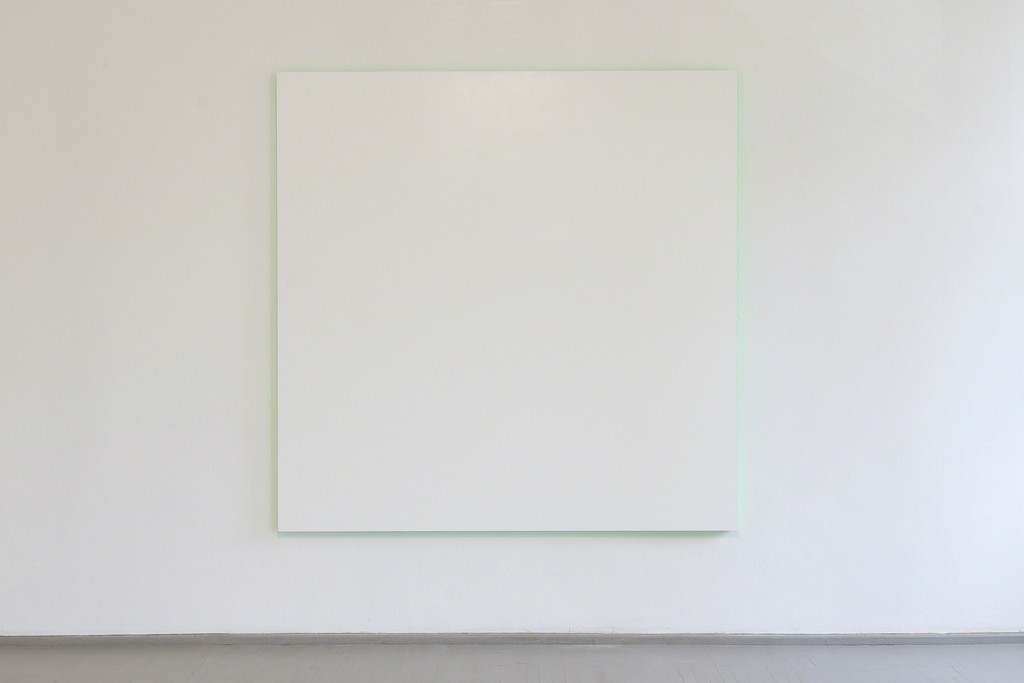 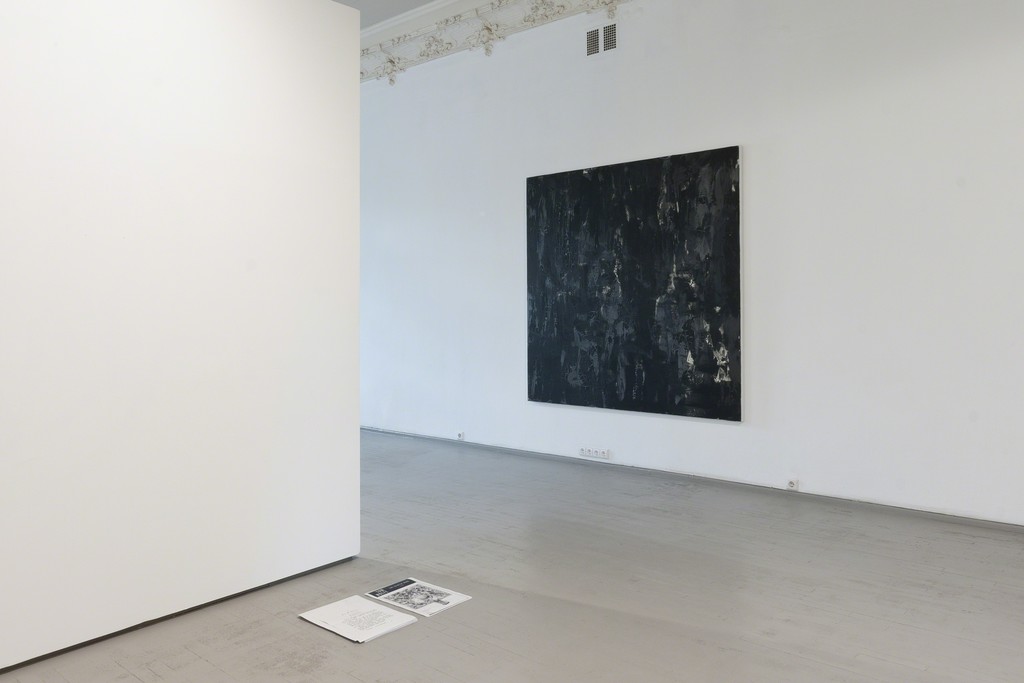 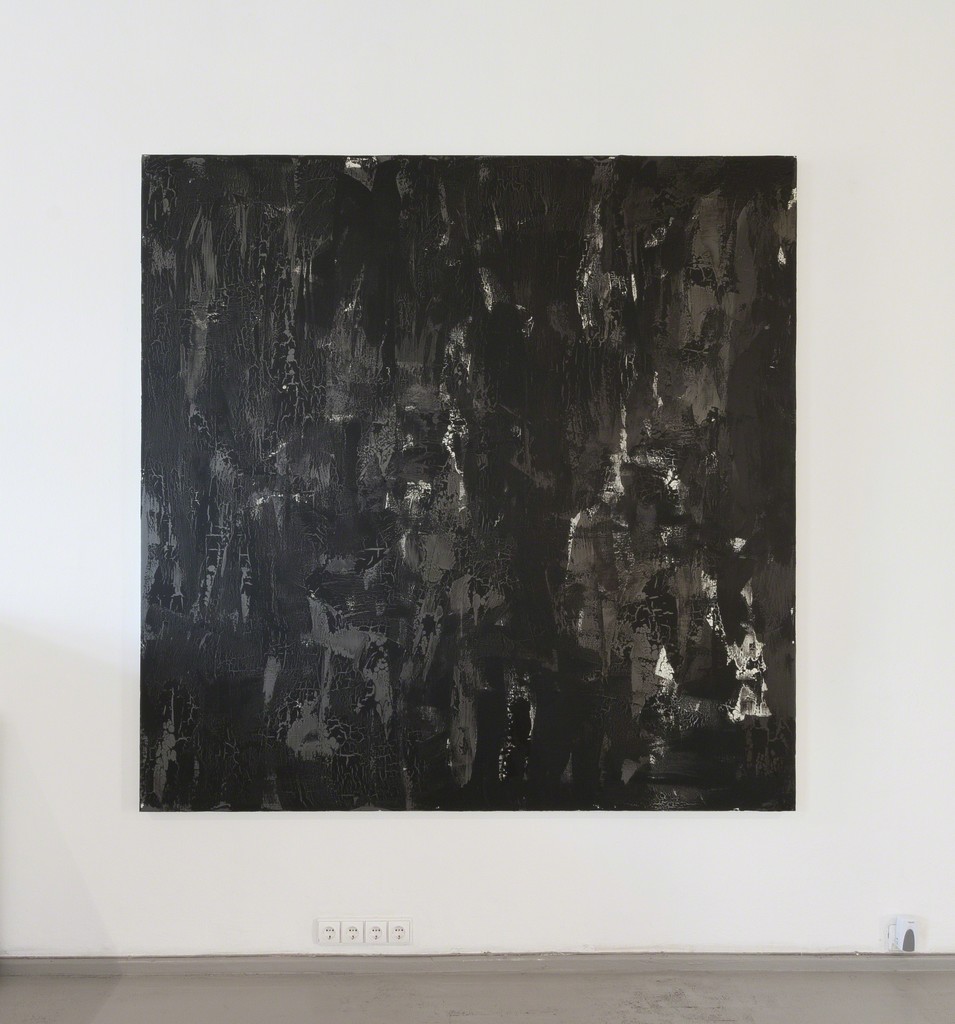 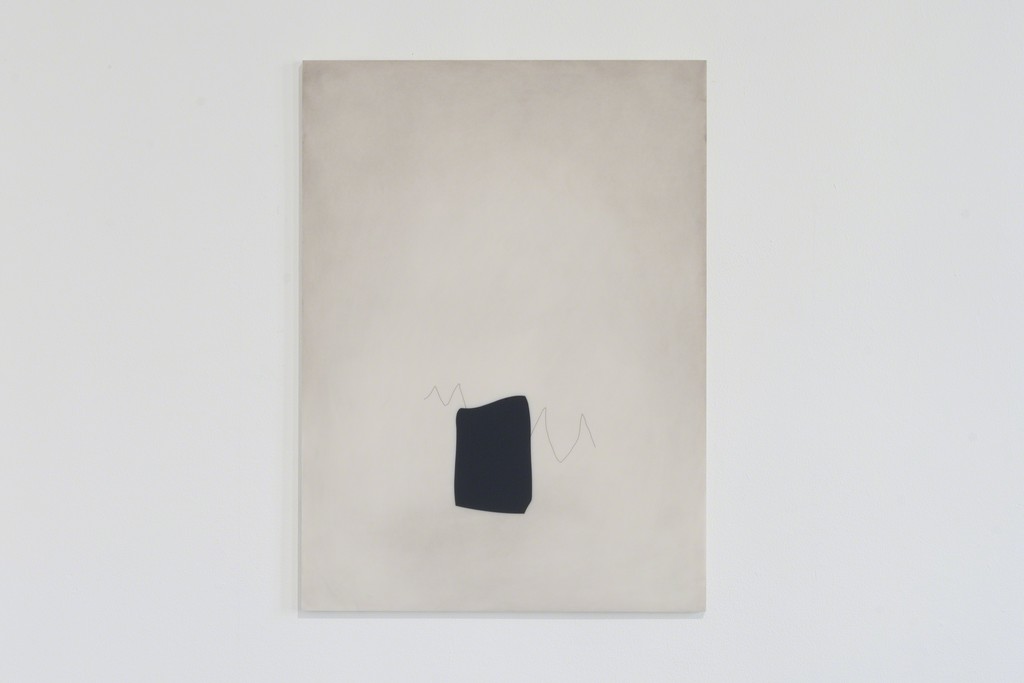 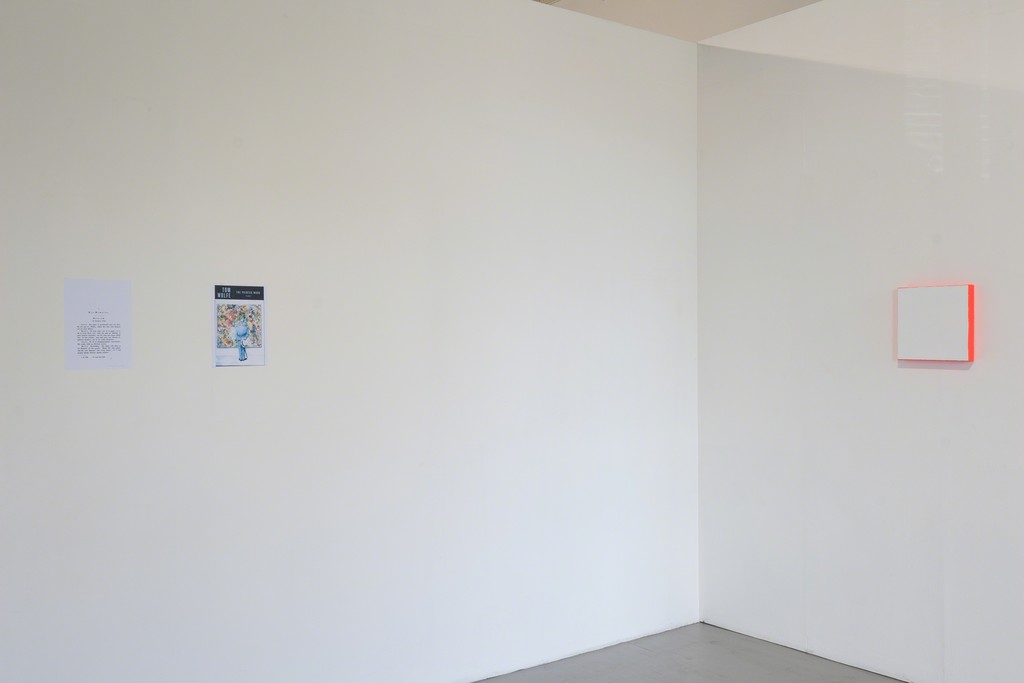 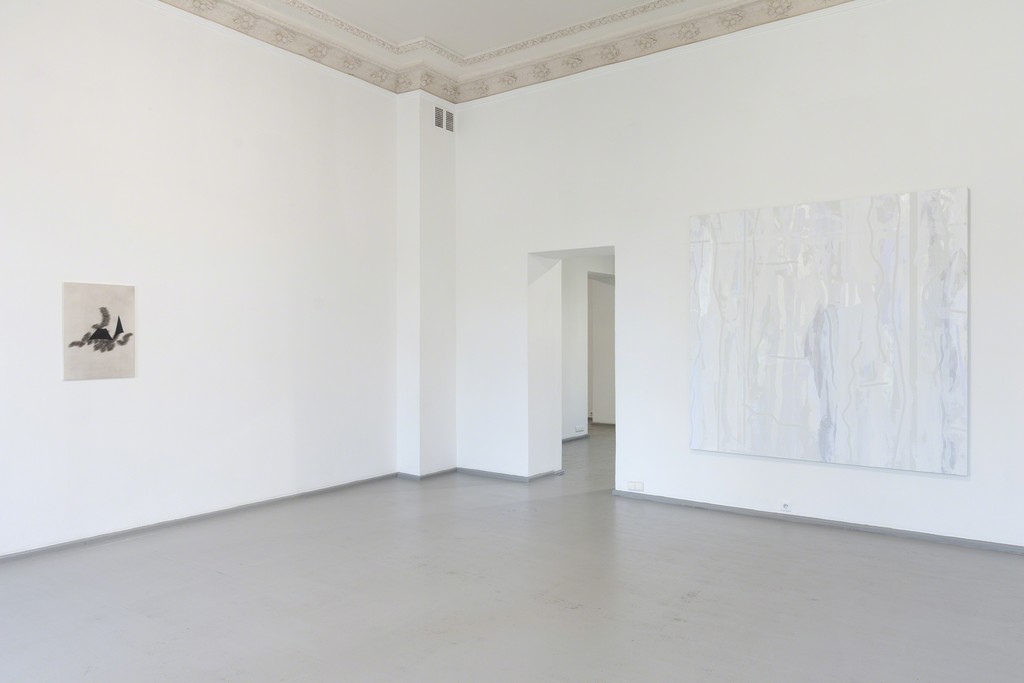 ......Reinhold: This so-called mind is always not the thing itself.
From The painting (1798) by August Wilhelm Schlegel

......Not "seeing is believing" you ninny, but "believing is seeing," for Modern Art has become completely literary: the paintings and other works exist only to illustrate the text.
From The Painted Word (1975) by Tom Wolfe

The Untitled and the Titled
Heimo Zobernig and Julia Haller represent different generations of artists; however, both of them share a particular trait of painting, which is inexhaustible aesthetic automatism, used to fathom and to abstract themselves.

In Heimo Zobernig’s artworks the abstraction is based on the use of proven and long immunized idioms of the abstract color and its monochrome sovereignty, edges and mono surface. The image as "painting" exists primarily for itself. There is no sound, no narration and much less "emotional” outburst. The abstraction is the permanent experiment of aesthetics.

The work of the Vienna-based artist Heimo Zobernig is a mixture of conceptual rigor, topically relevant artistic questions and optimism on its own. It consists of various revisions of minimal and conceptual art that attempts to examine the materials and concept of authorship as well as how the size of his objects, sculptures, rooms, paintings, catalogs and videos withdraw reception. "My artistic decisions based on research, their evaluation could certainly be described as humorous," claims the artist.

In the discussion with Heimo Zobernig about painting and its aftermath we noted that the artists of our days are talking about painting in personalized manner which occurs in the use of concepts and theories. In particular, it occurs in conversations between artists and curators. On the one hand, as a part of the artistic issue and on the other hand, as a new approach to the curatorial issue... the concept of rethinking by talking. Maybe it is a new trend that could be considered as an upgrade to the term Contemporary.

The paintings of Julia Haller (former student of Heimo Zobernig) take up hardly representative field of art history. Rather, they try to convey points of curvature, the stale spot of epoxide paint and naive image, helping to perceive the signs of identification. Color is not everything. Much happens outside the act of painting. The other visual process it operates with is "thought"... It distinguishes a reverse path of complex abstraction form. There arise thoughts about what is actually "missing" or what is "adopted". In the paintings of Julia Haller, the pleasure lies in thinking and talking about the image that is supposedly painted. In her artworks, the scenic is made or approved process.

“In 2015 Julia Haller produced a new series of graphic works [at Secession in Vienna] on mineral composite boards, whose surfaces she treats by milling, applying pigments, and other techniques. The artist’s interest in creating a situation in which works of art can be perceived both as self-sufficient and as mutually complementary—in which the display is more than the sum of its parts—is accommodated by the presentation of her works in different rooms at the Secession. Subtle interventions further manipulate the visitor’s perception of the rooms in which the works are on view.” – Jeanette Pacher.
In the works of both artists we are facing this cutting complexity of the painting, the absolute trust in the emancipated image. The painting is alive and it is a part of our culture and in particular – its permanent abstraction.