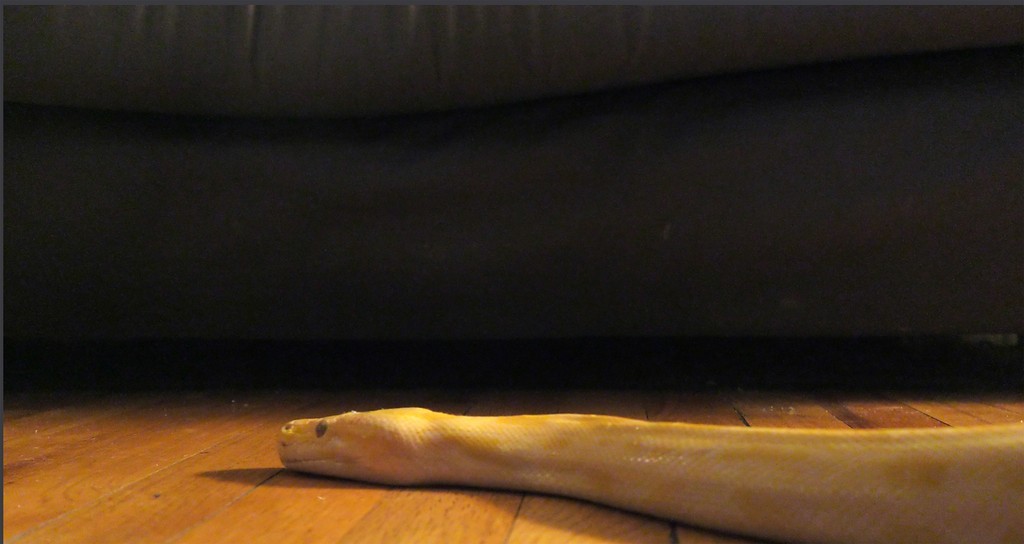 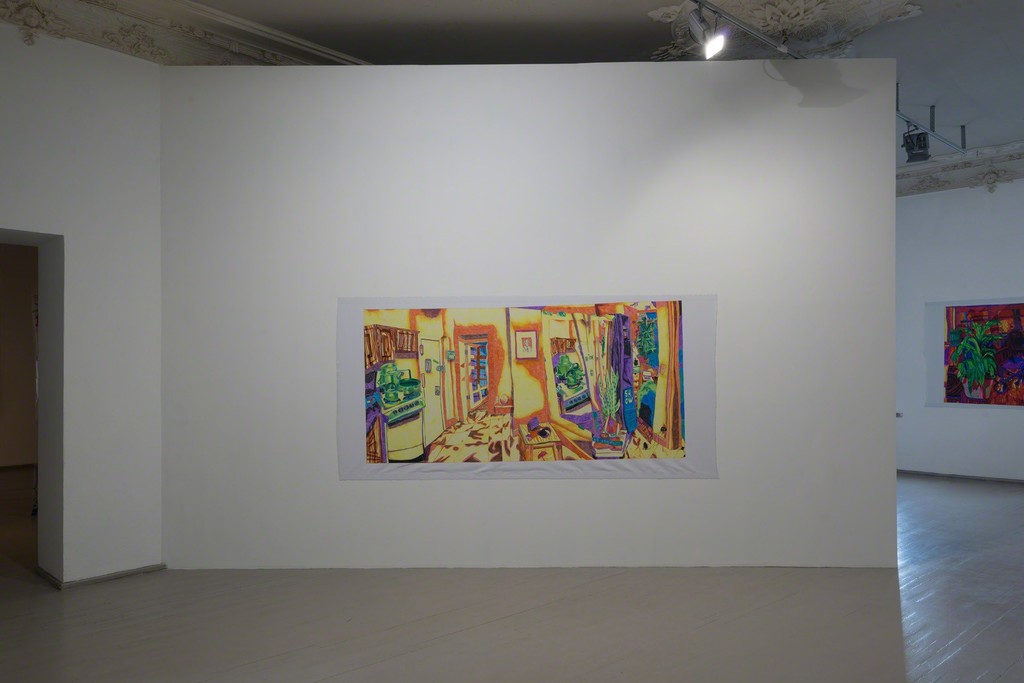 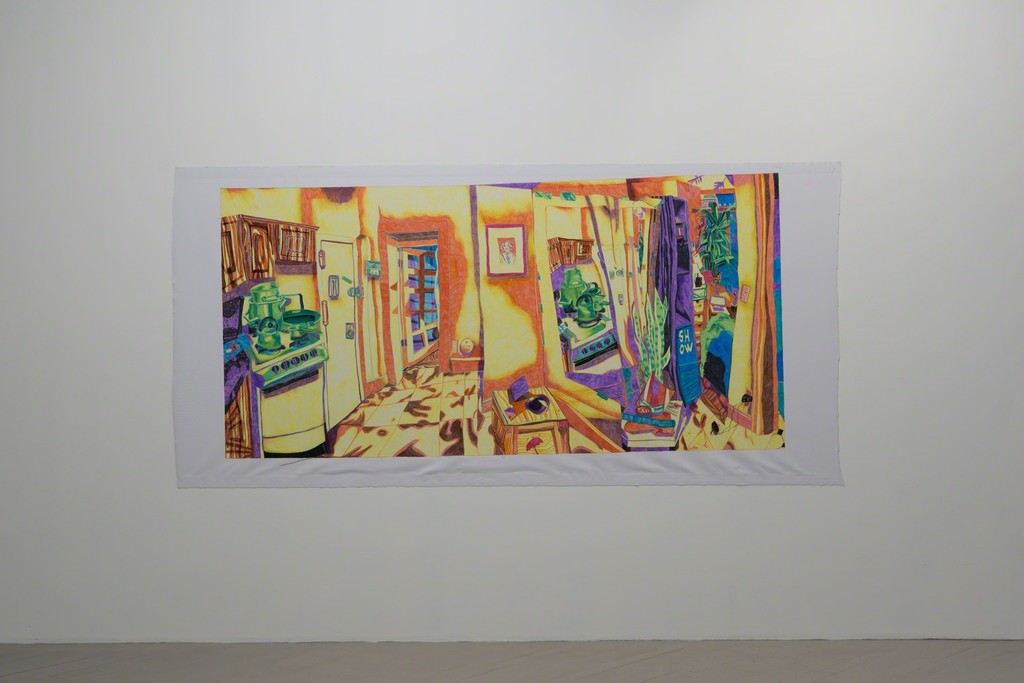 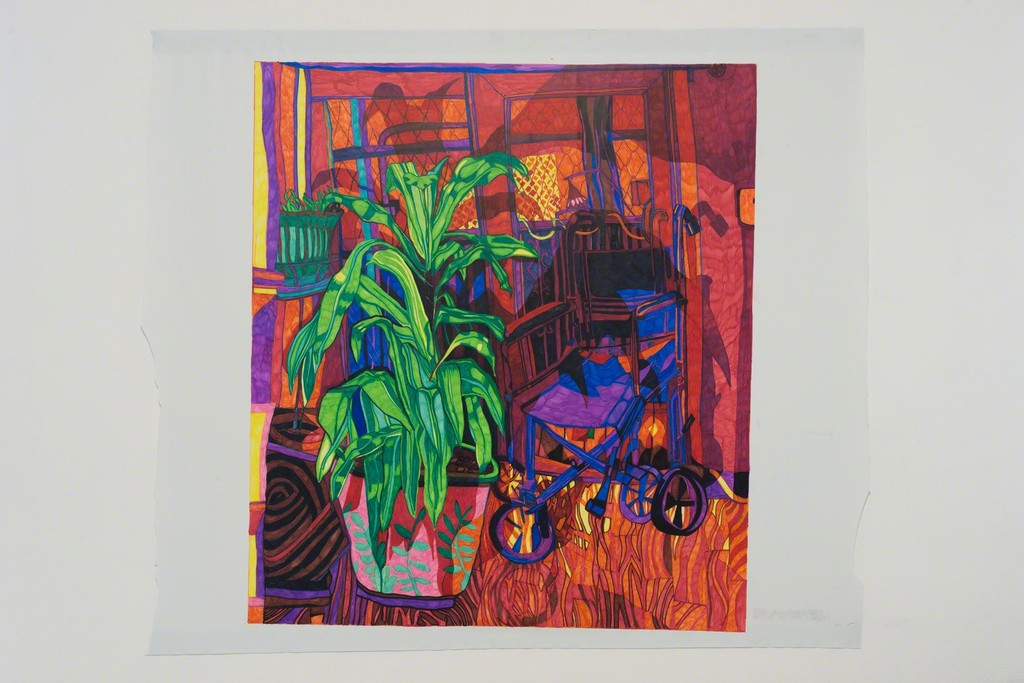 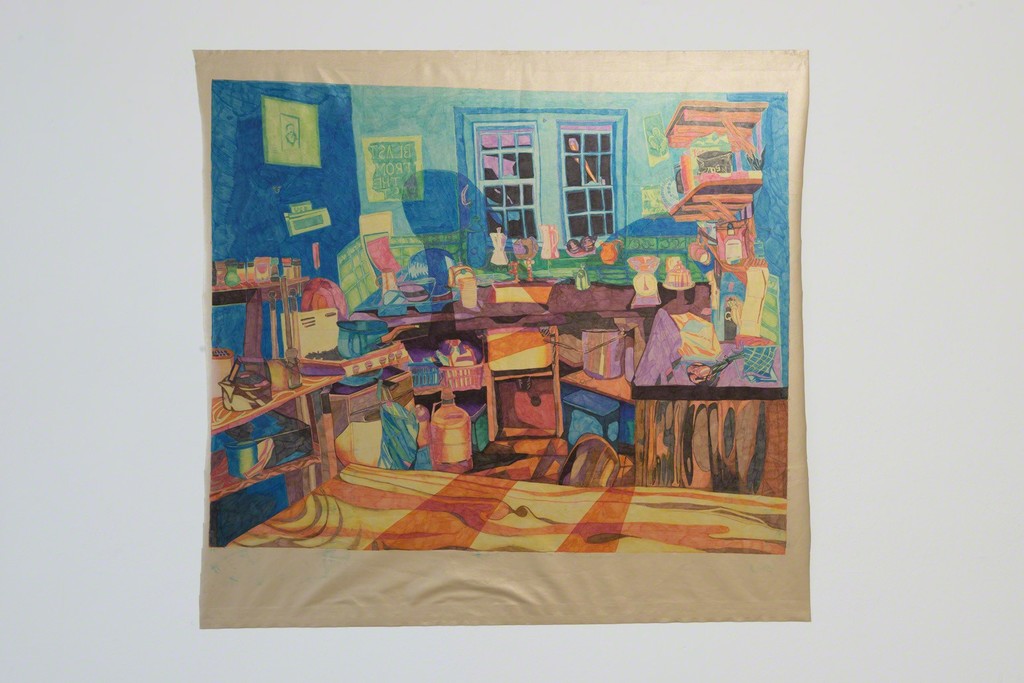 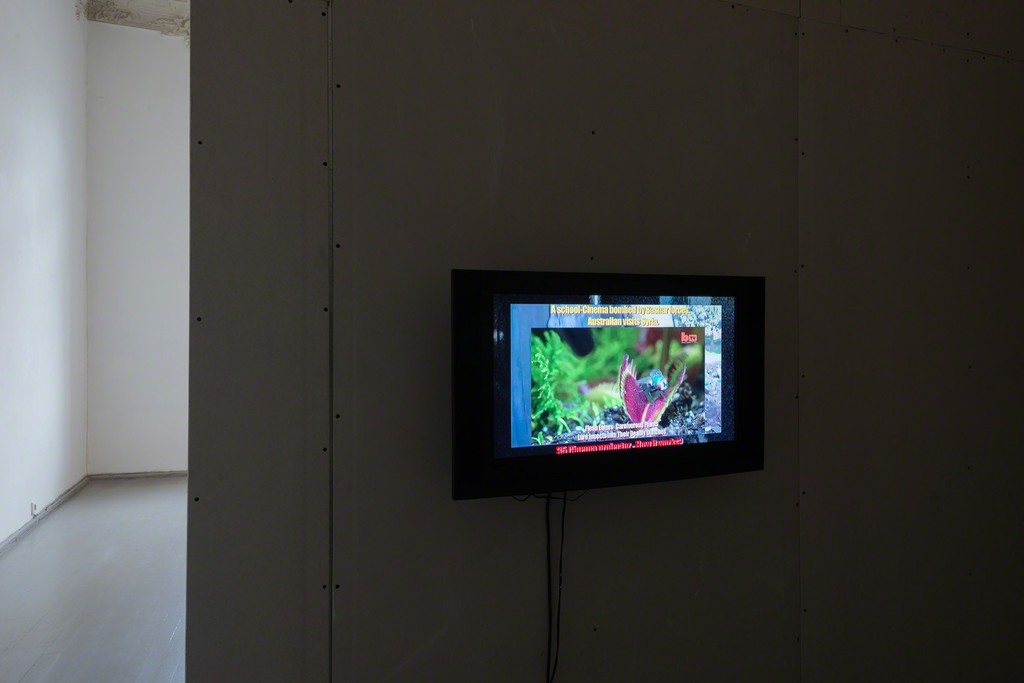 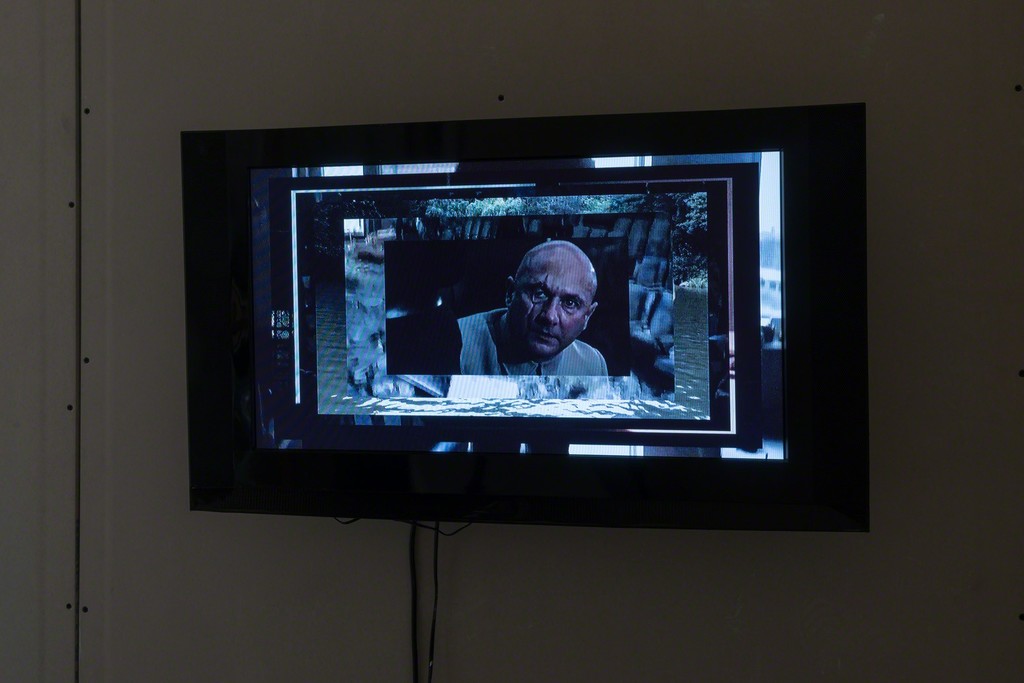 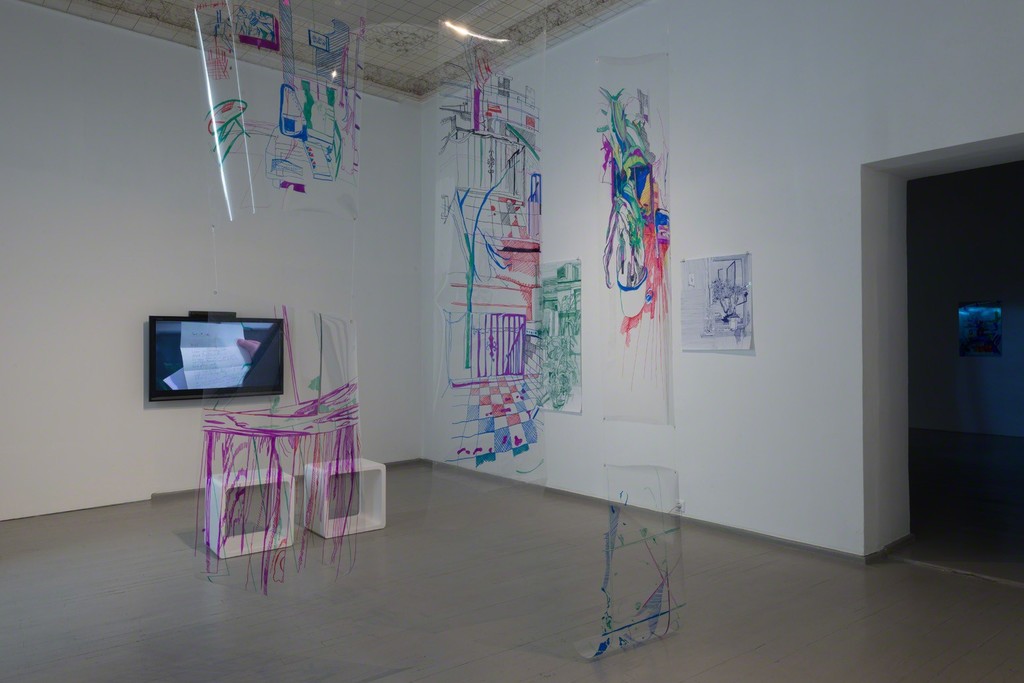 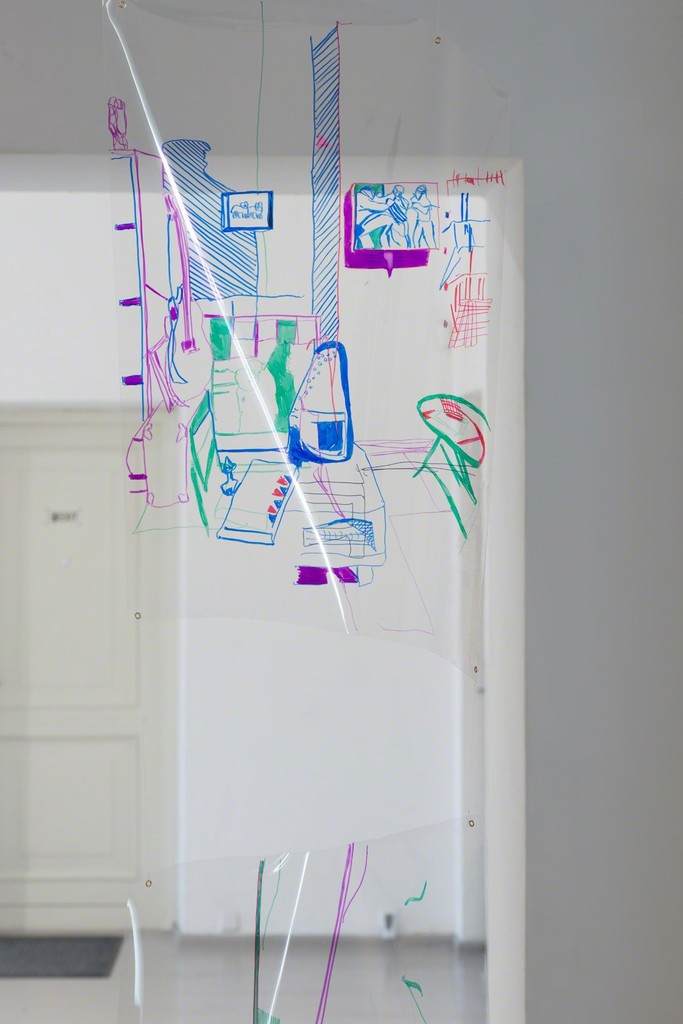 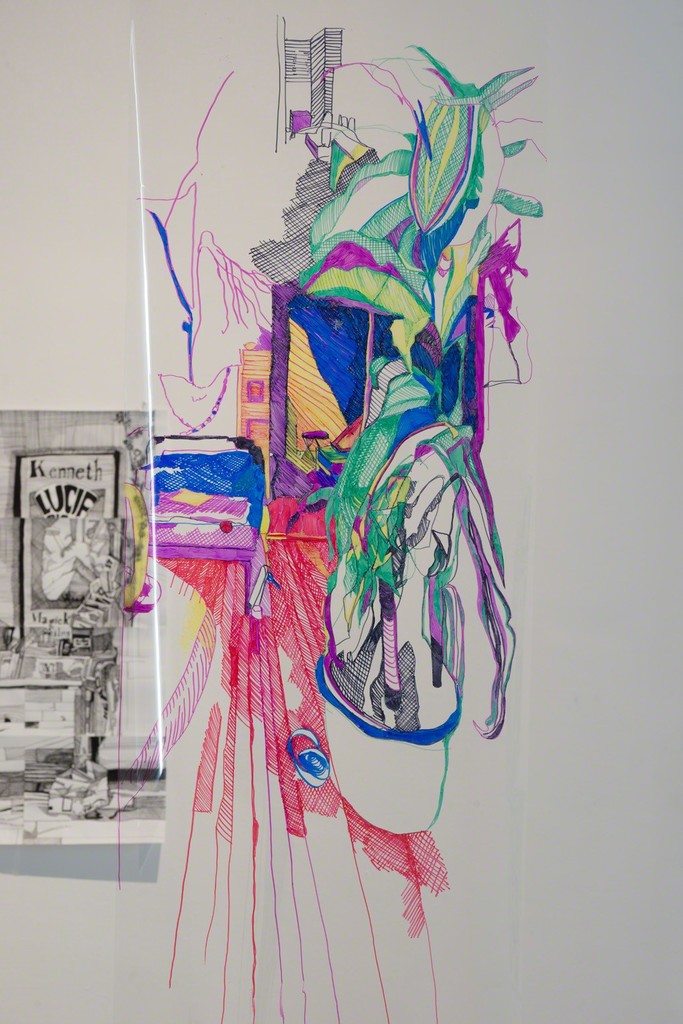 Vartai gallery is pleased to announce the solo show Killing Time Machine by Israeli artist Keren Cytter who currently lives and works in New York. The artist is showing a selection of drawings and video installations in which she employs experimental filmmaking techniques and a range of contexts from theatre, literature, soap operas and YouTube videos in order to focus on everyday life and coexisting social realities.
Quite contradictory concepts are needed to describe Keren Cytter’s works. They are reflective, transparent, yet self-sufficient. It is like looking into water, when one cannot see the bottom without seeing one’s own reflection, as well as a host of other natural and artificial layers. Due to their mirroring character the works transcend their boundaries, occupy their space and initiate an interplay. Reflection after reflection, they seem to add layers of surfaces, images and meanings. As if dropped in water, one may feel somewhat overwhelmed and disoriented in the multilayered, fractured videos and drawings of interior spaces. What serves to tie everything together is the artist’s living space: as it happens it is where the videos were filmed, and out of which the textures, rhythms and colours of her personal space are repeated in the drawings and in this way it is as if the author herself is revealed. The private space merges with the public, with her home and now the gallery becoming a catalyst for the social games we inevitably play.
Keren Cytter creates small cracks in the constantly changing yet stable structures of creative practices and forms of communication. The artist uses techniques such as double exposures, circular loops, subtitling, close-ups and fractured, non-linear narratives that are used by non-professional actors. Such deviations from the norm add speculative, fantasy-like elements to the films and precisely for that reason provoke one to think about what is real in everyday social encounters and everyday contemporary art. With the addition of constantly changing rhythms of sounds, images and situations the artist shows us intensified scenes of everyday life. They create a certain impression of familiarity, an impression which is mixed up with or takes a turn in the direction of demonstratively fictitious and absurd situations. In this way Cytter maintains the tension between the real and artificial, while at the same time investigating social, political and gender constructions. The artist makes no attempt to make a direct impact, but in spite of that what she does works like another drop in the water - the liquid stays the same, but the waves in one way or another rise and fall.
Keren Cytter (b. 1977, Tel Aviv, Israel) has made more than sixty videos; her oeuvre also includes drawings, photographs, novels, a libretto, plays, and performances.

Maecenas of the gallery
Živilė and Jonas Garbaravičiai

Supporters of the exhibition
Embassy of Israel in Lithuania, Ministry of Culture of the Republic of Lithuania, Lithuanian Council for Culture