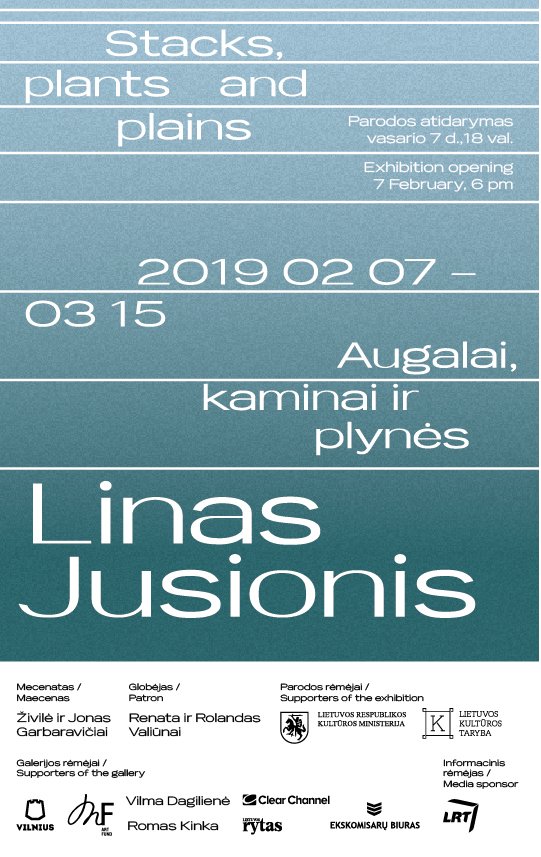 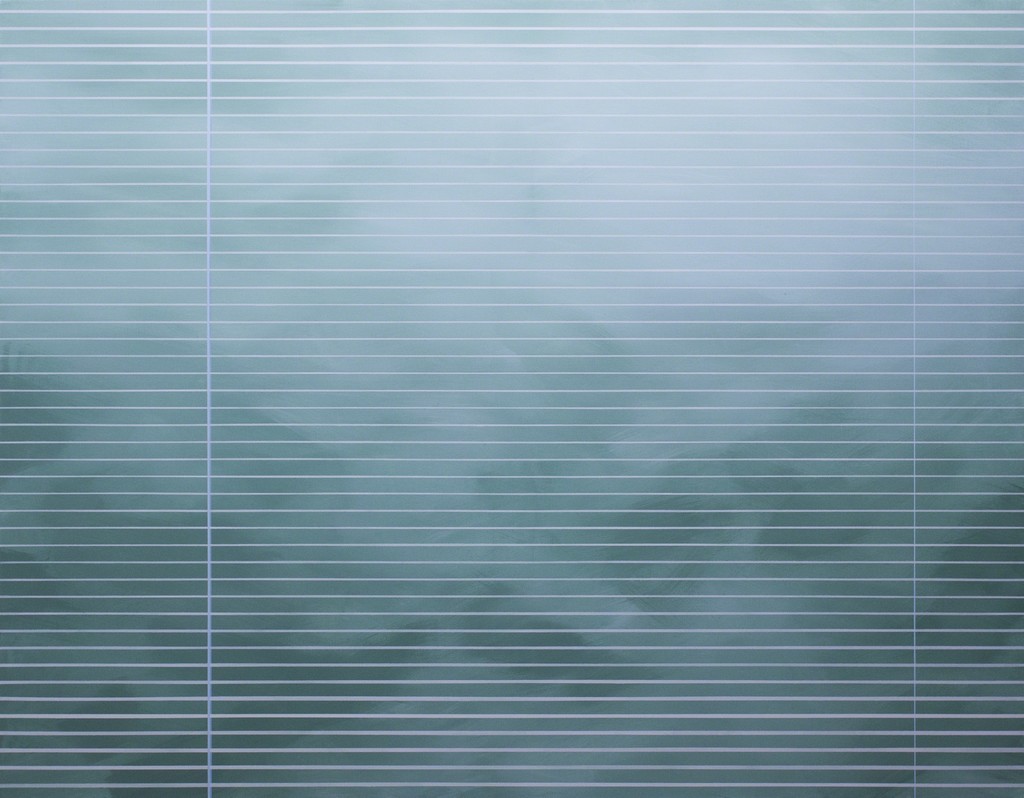 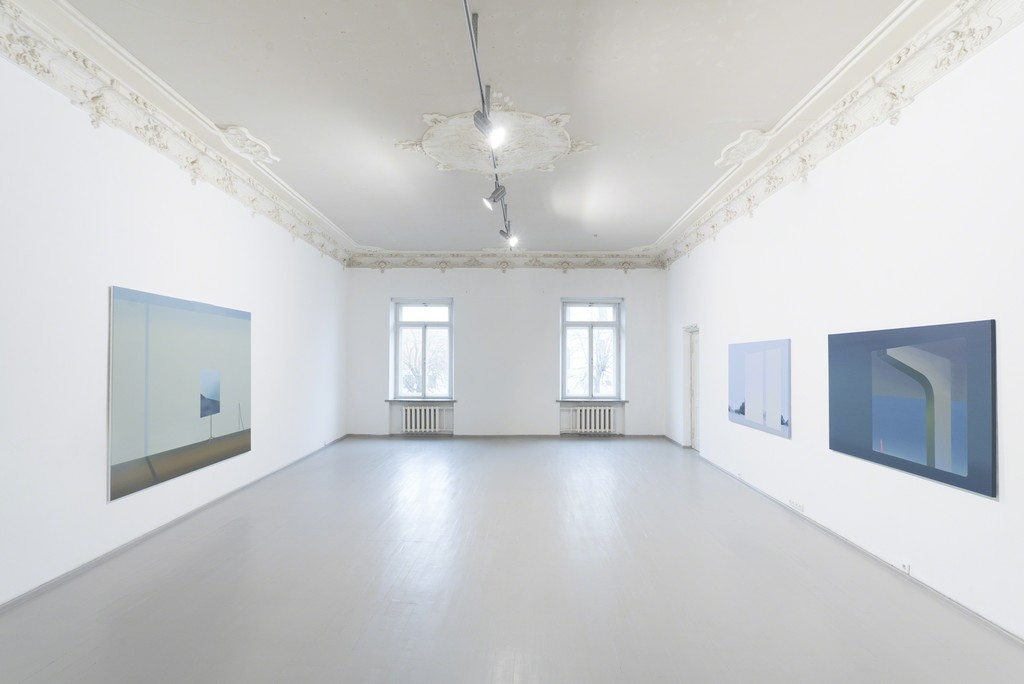 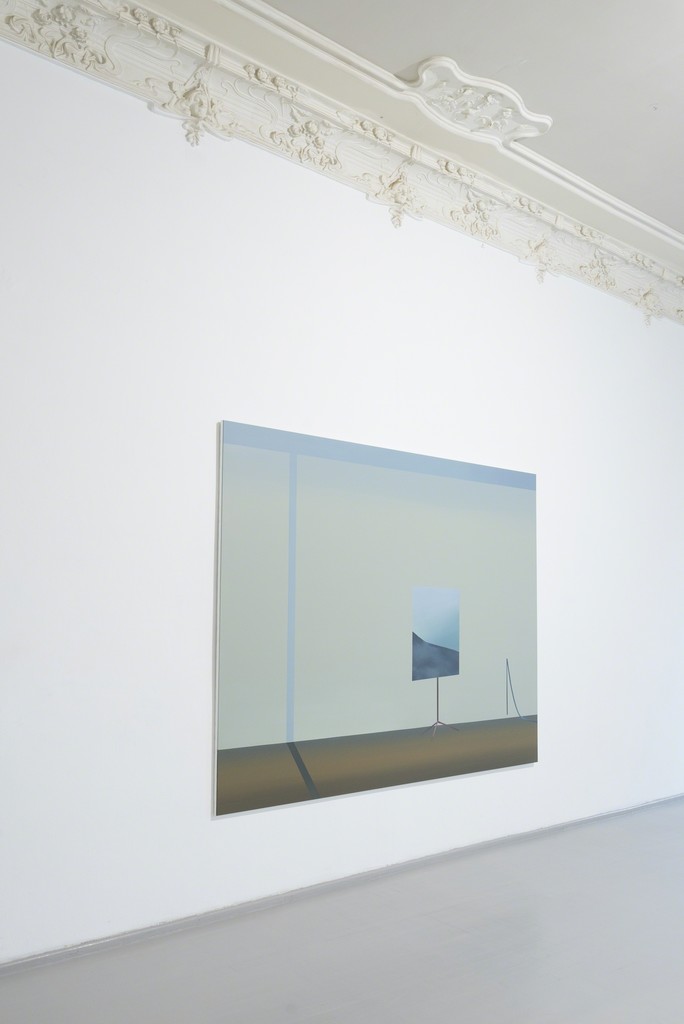 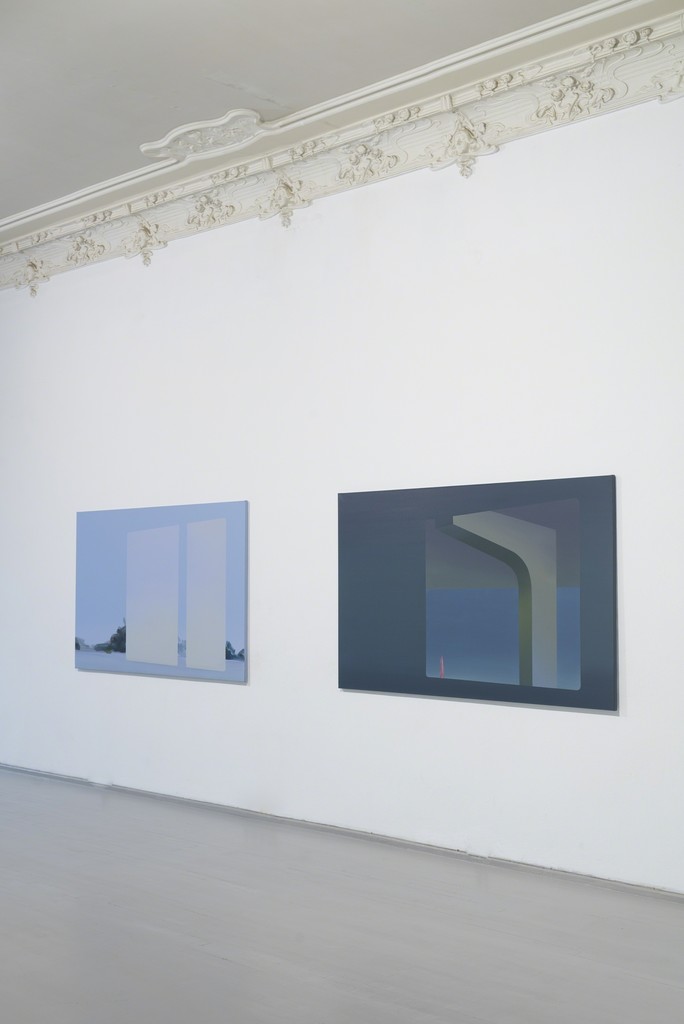 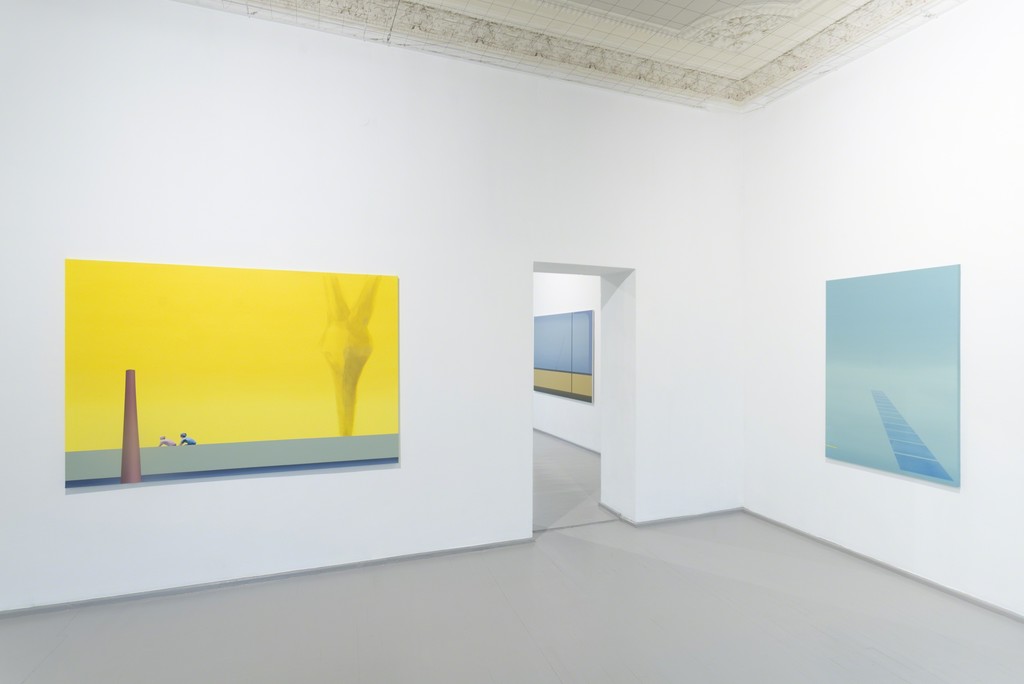 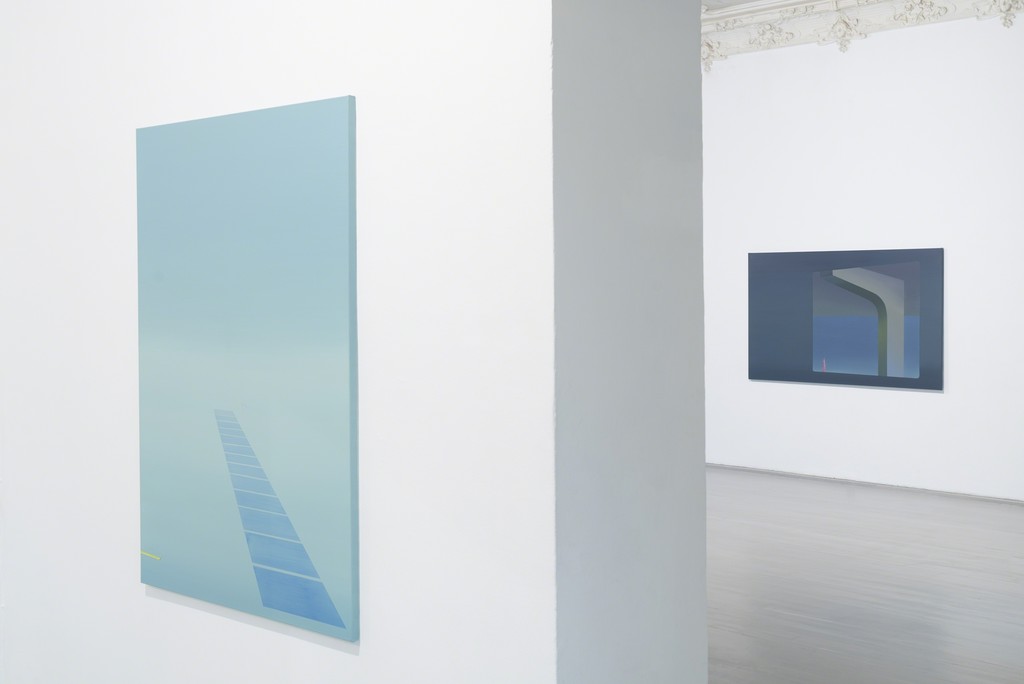 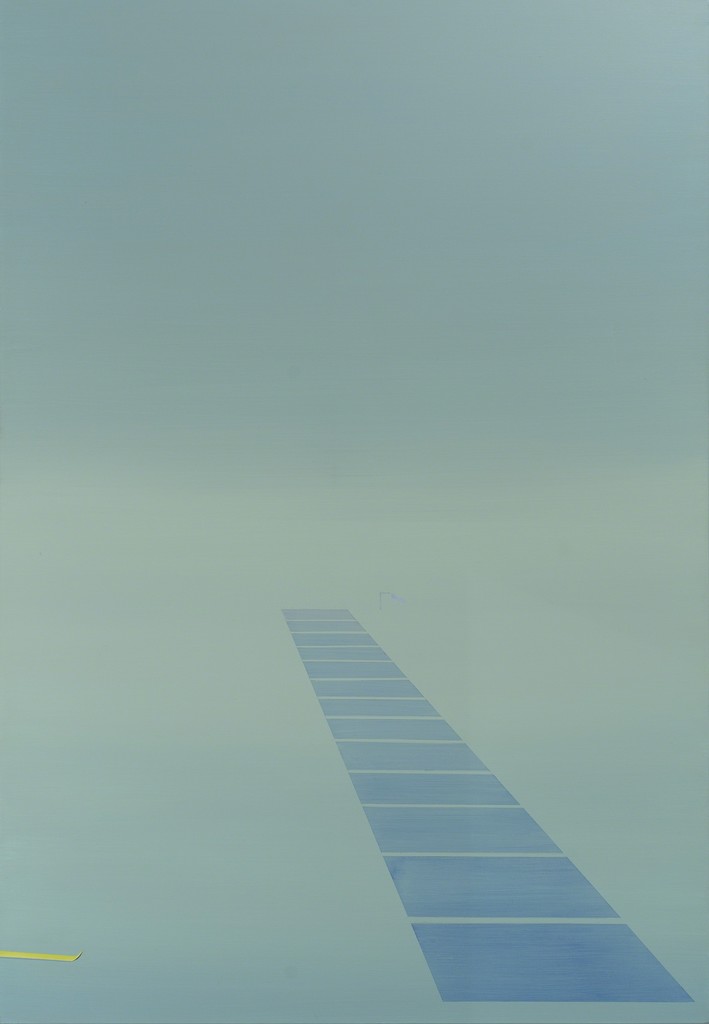 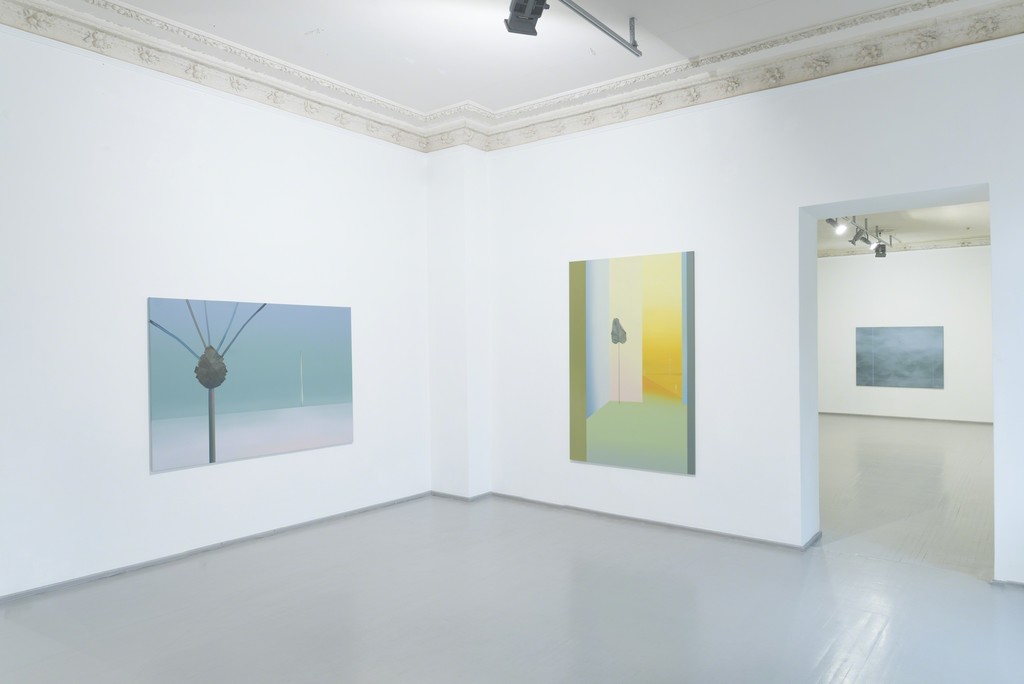 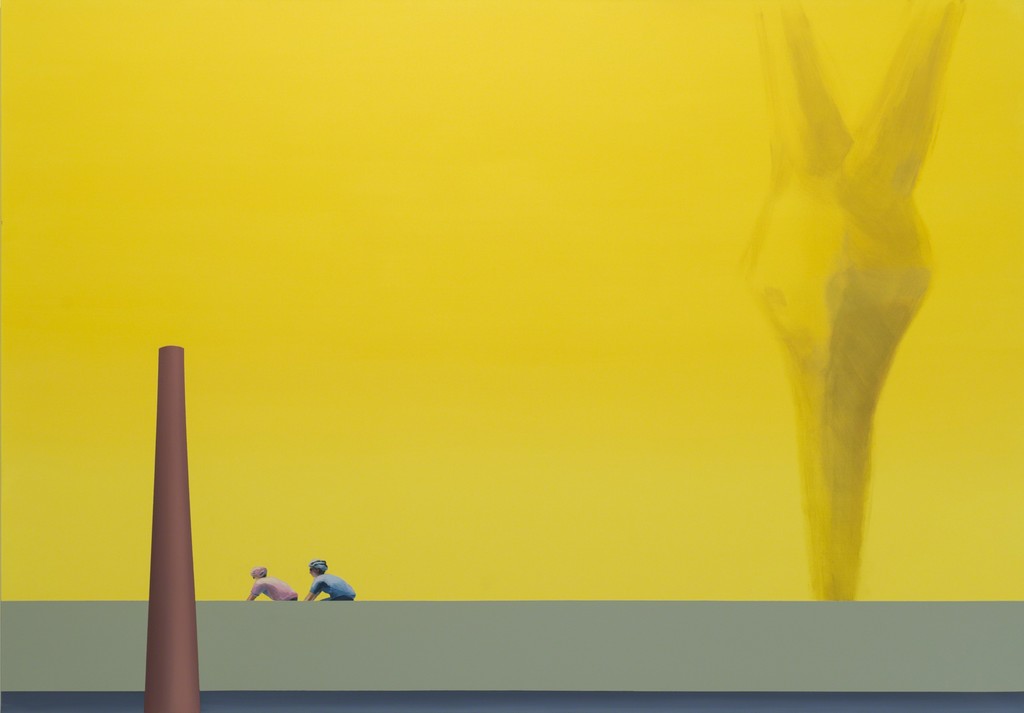 On February 7th, Vartai Gallery opens a new solo exhibition by the well-known young-generation artist Linas Jusionis. Jusionis has been making his mark on the contemporary Lithuanian art scene for almost a decade now, focusing his attention more and more on the law of the ‘the eye’s desire’ often devalued in the maelstrom of contemporary intellectual trends.

The title of the exhibition, Stacks, plants and plains, helps to create a mood close to that of a road-trip film and refers to elements of landscape, presenting them as recurring motifs in the artist’s work. Unconnected landscapes with no clear meaning join into a sequence devoid of any logic, misleading in its aestheticized muteness and transmitting a strange, nostalgic mood. The recurring landscape elements seem to start gaining significance and working like tropes. Even if every motif signals something distinct, all of them together act like certain objects of desire.

Jusionis’s painting work has been characterised by a mature consistency: a mysterious visual outlook being formed with minimalistic tools, balancing between observing and being observed, (not) showing and (not) seeing. Unexpected, intriguing solutions in the formation of a painting’s space, as well as sophisticated colour transitions disclose a conscious preference for pure visuality and its experience, acquiring an ever greater importance for the artist himself.

“I find pure visuality, disassociated from any kind of meaning, more and more seductive because of its authenticity and a sheer desire for imagery. On the other hand, I have always been interested in an image’s duality when it can remain mute and, at the same time, provoke interpretation. This duality is the keystone when thinking of an image. Any painterly solution of mine comes into being as a response of one kind or another to it, sometimes elaborating on the concomitant associations, and sometimes trying to avoid them altogether, seeking to affect the viewer with pure visuality”, says Jusionis.

In his latest paintings, the artist gives way to strong imagery and its dual truth: by depicting something or pretending to be something, the painted view also directs attention to itself, that is to say, issuing an invitation to enjoy an illusion that engages the eye and the mind and plays unexpected tricks on the viewer’s imagination. The objects to be seen in the spatial expanses of the paintings are like manifestations of the artist’s libido, erupting in a sterile, strictly organised and aestheticised space. A painting is the realisation of the artist’s desire for imagery, and a polemical space of tensions, different moods and signifiers.

Linas Jusionis (b. 1986) studied at the Vilnius Academy of Arts in 2007–2011, earning a BA and graduating with a Master’s in Monumental Arts (Fresco-Mosaic) in 2011. The artist has been exhibiting his work in group shows as well as individually since 2009, this exhibition already being his fourth solo one at Vartai Gallery. Almost from the very beginning of his career, Jusionis began to gain a whole host of admirers throughout Lithuania, with his paintings having been acquired by MO Museum in Vilnius and the Lewben Art Foundation, as well as private collectors in Lithuania and abroad.