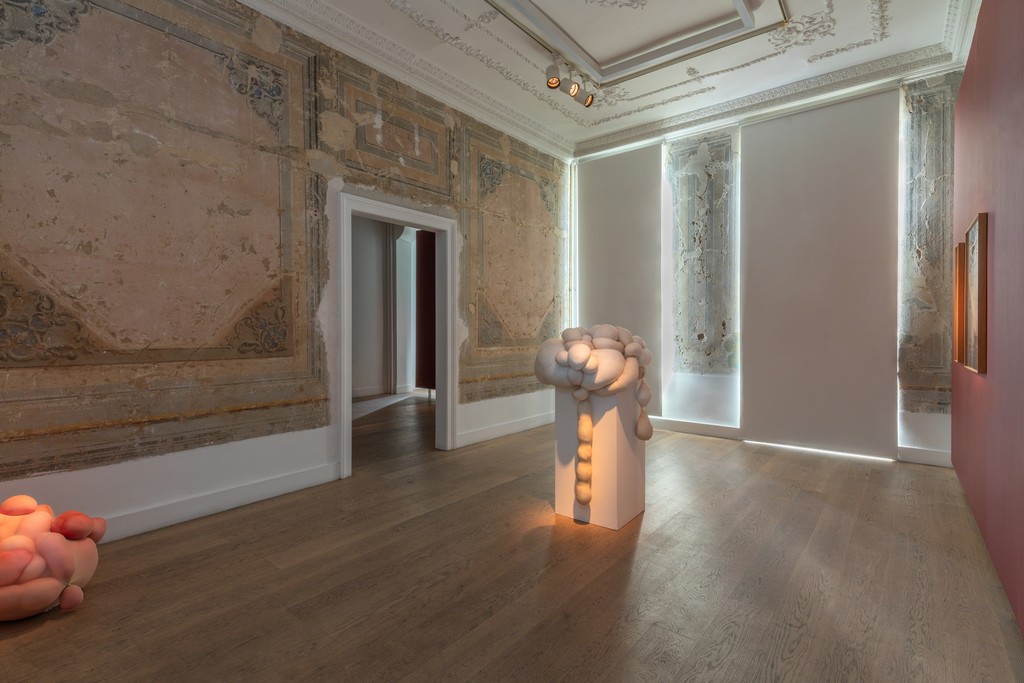 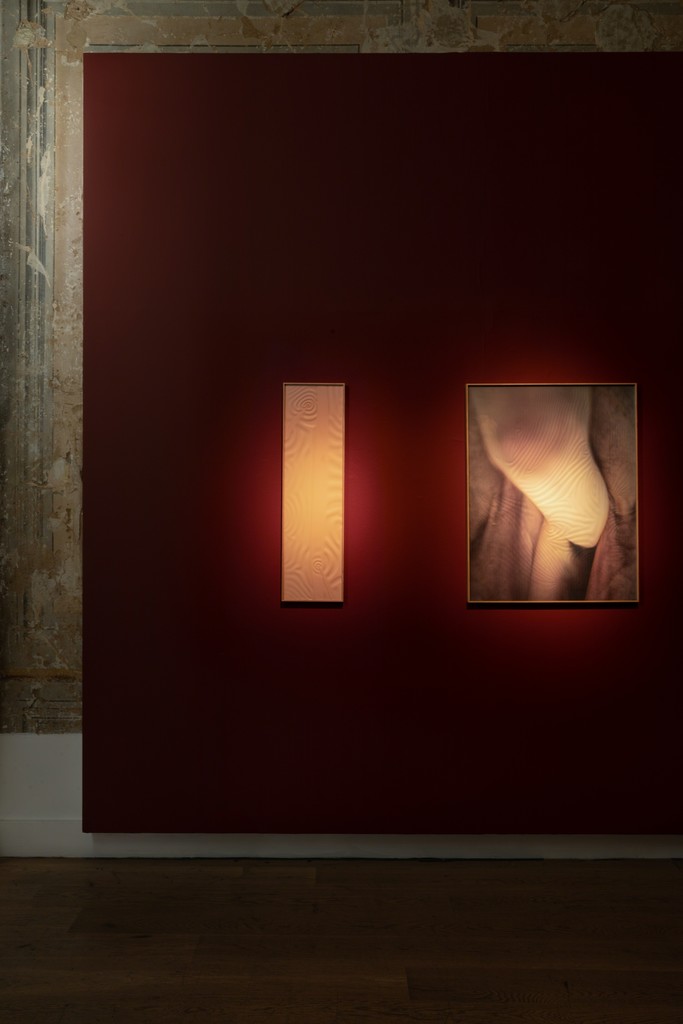 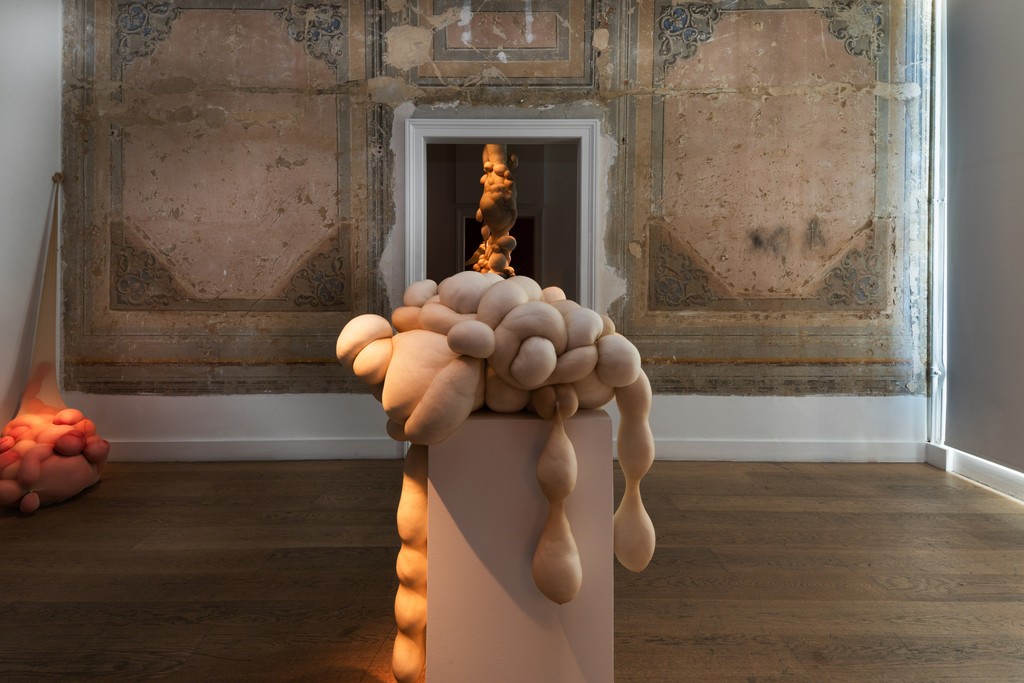 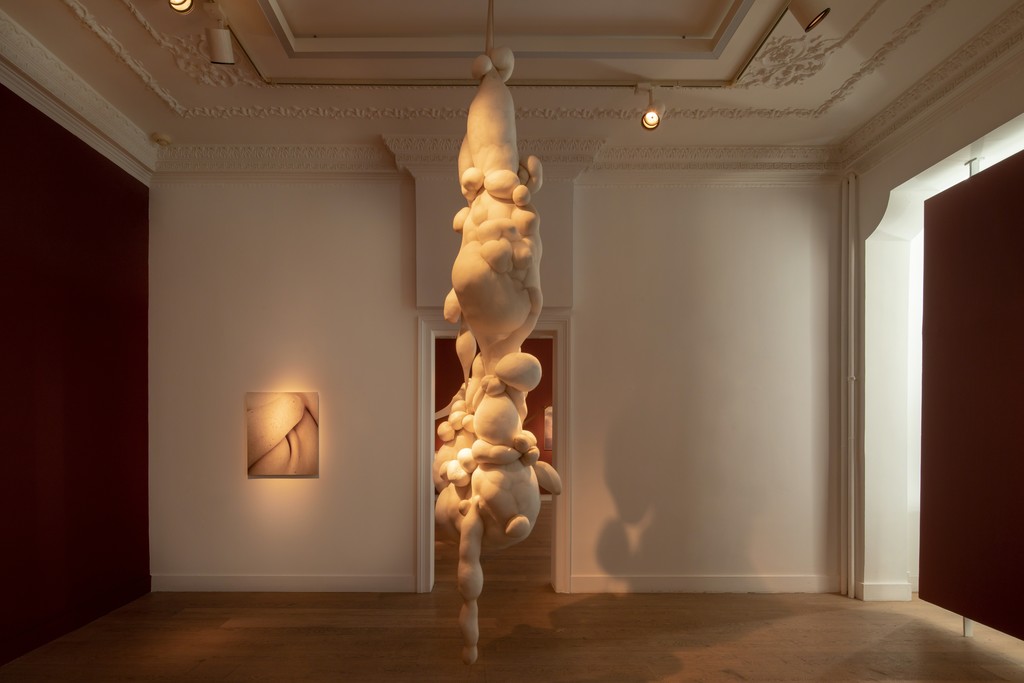 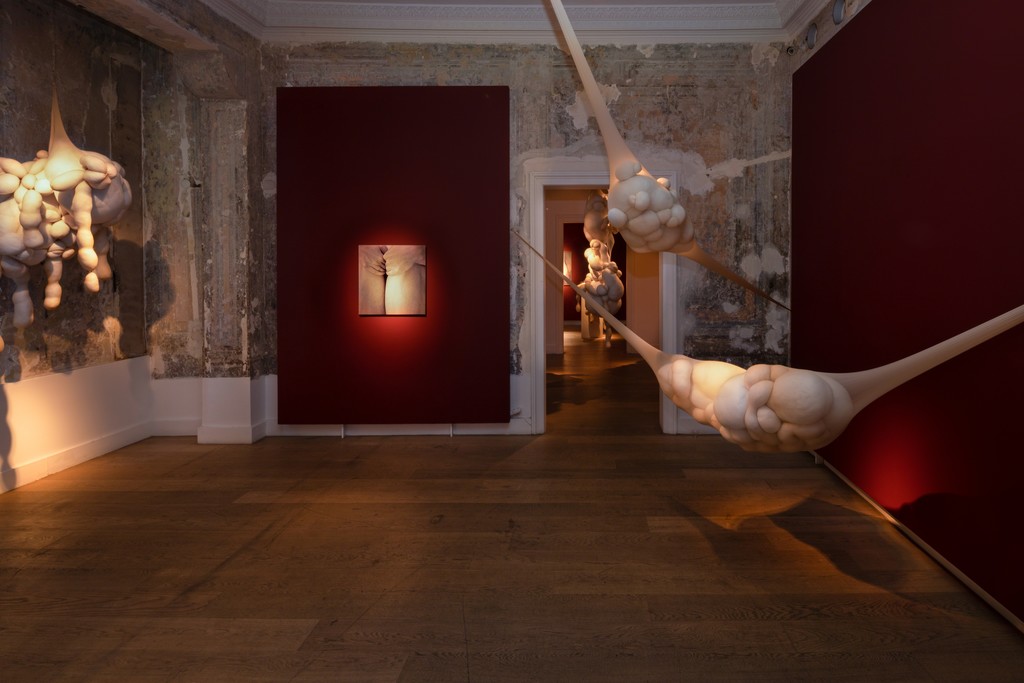 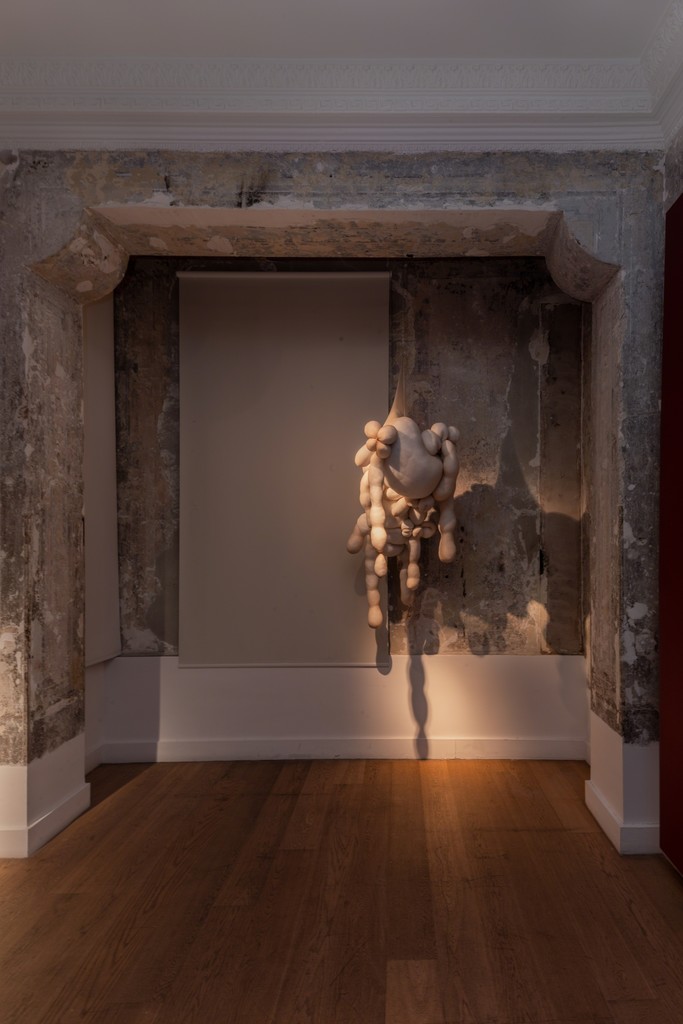 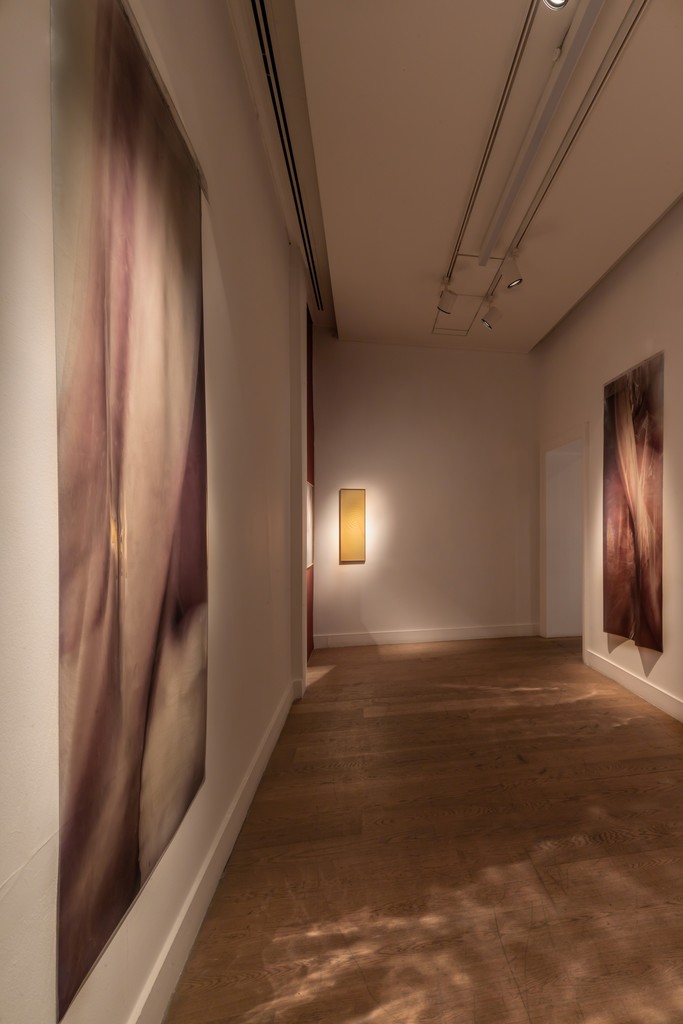 Galerist presents Marsyas between the dates April 18 – May 25, 2019, an exhibition of work by two emerging artists – Mia Dudek and Arda Asena that responds to the eponymous Greek myth.
The brief tale recounts the hubris and gruesome fate of Marsyas. A satyr and follower of Dionysius he lived in Phrygia, a kingdom that existed in what is now Anatolia. A gifted flute player, Marsyas rashly challenged Apollo, the god of music himself, to a contest to decide who was the better musician, with the agreement that the loser would submit to whatever punishment the victor chose. Only when he cheated, by adding his divine voice to the sound of his lyre, did Apollo win. In vengeance for daring to challenge a god, Apollo flayed Marsyas alive and nailed his skin to a nearby pine tree. The torrents of tears shed by the creatures, nymphs, gods and goddesses that mourned Marsyas, fell upon the earth, intermingled and became the source of the Meander river, now known as the Büyük Menderes River.
This strange and violent story was a touchstone in Classical, particularly Roman, culture. For populists Marsyas became a symbol and mythic martyr for liberty, freedom of expression and the right to speak truth to power. To authoritarians his fate was a warning to the forces of chaos and misrule.
This exhibition brings together in dialogue two powerful bodies of work, each created in response to the story of Marsyas.
Mia Dudek’s latest series, Marsyas, Dudek plays with and juxtaposes various ways to picture, represent and manifest skin. The works are all about surface and surfaces. Unusually composed, close-up shots of bodies and body parts, render them almost alien and unfamiliar. The bodies seem restricted, covered in some with clear plastic in some images and strained, muscles and veins bulging in others. Dudek further complicates her depiction of skin with varying material productions of the works.
In Dudek’s series Marsyas’ cruel punishment has become the default state, as if in our moment, all physicality is comprised.
Arda Asena has especially created a series of sculptures and sculptural installations for this exhibition and in response to the myth and Dudek’s body of work. The works develop a line of sculptural enquiry in which Asena uses fabric-based sculptures to depict, in semi-abstract fashion, bodily forms. Some are formed of stuffed, flesh coloured stockings lying abjectly, in corners, draped over plinths or suspended from the ceiling – skinless bodies, their innards waiting to spill out. Others are formed by being stretched between walls, the fabric pulled into translucency by the physical tension, an abstract echo of the Marsyas’ flaying at the hands of a tyrannical god. An oblique but powerful sculptural achievement.
Dudek and Asena’s work combine to conjure a disturbing sensibility of tortured physicality, echoing the pessimistic wisdom of the myth of Marsyas, that suffering is more common than justice.
Arda Asena (b. 1992, Turkey. Lives and works in New York, US) works with photography, film and sculpture. He has been taking photographs of bodies wrapped and imprisoned in stockings which led him to experiment with sculptures that the abstract shapes better translate the restriction and of times estrangement to living in one’s own body. His concerns overlap considerably with Dudek’s namely; a fascination and pessimism about our physical presence in the work and the alienation of modern sexuality.
Mia Dudek (b. 1989, Poland. Lives and works in Lisbon, Portugal) has in recent years developed a compelling and experimental photographic practice that expands at times into the sculptural realm. Her focus has been on what she describes as 'the broken physicality between individuals’ – an extended and ongoing attempt to represent alienation in depictions of compromised human physicality. Her works are shot through with a sense of claustrophobia – of ourselves being repressed by our bodies, and our bodies being repressed and contained by the physical world.