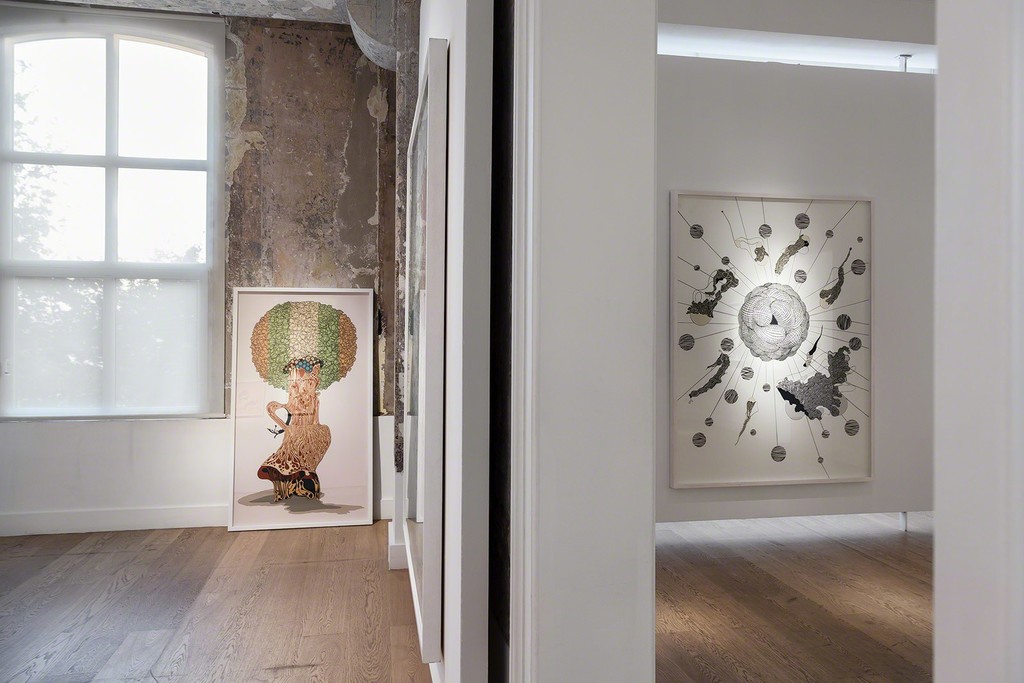 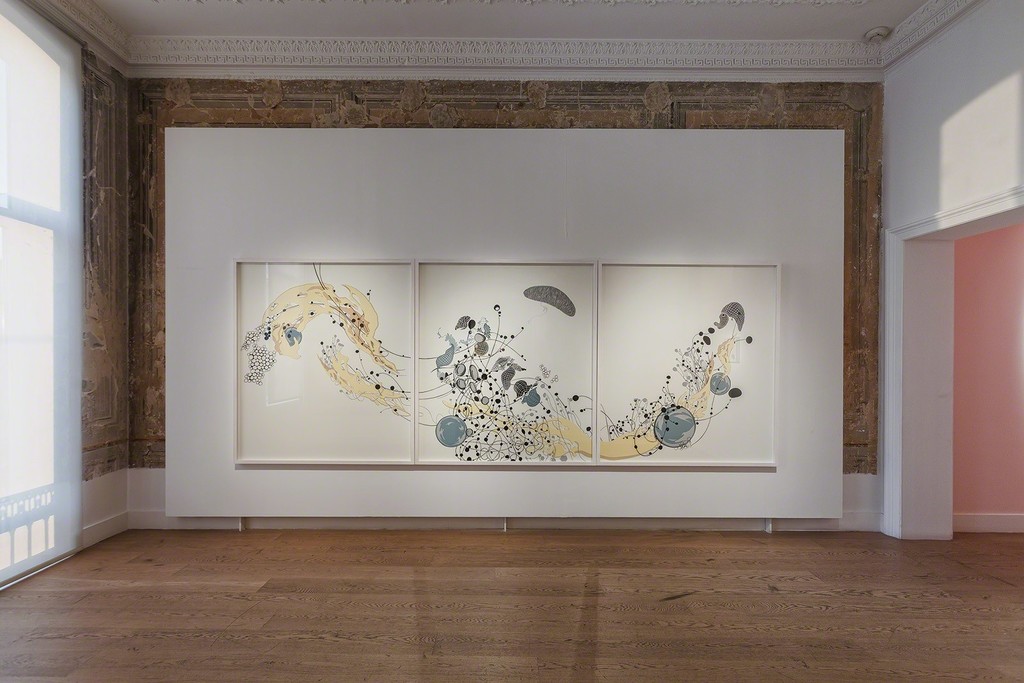 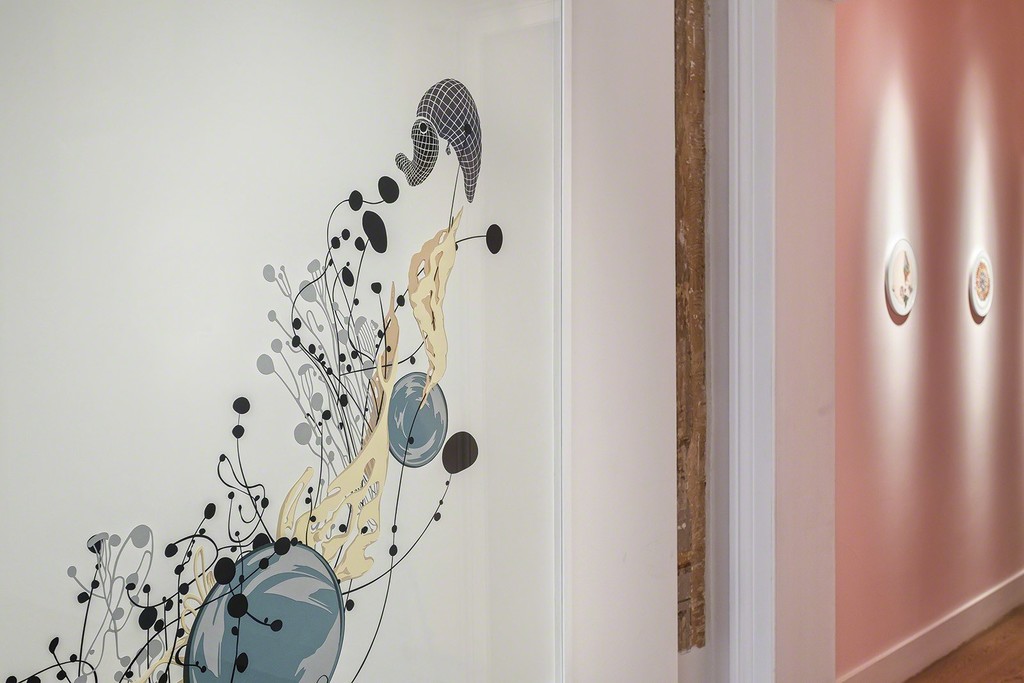 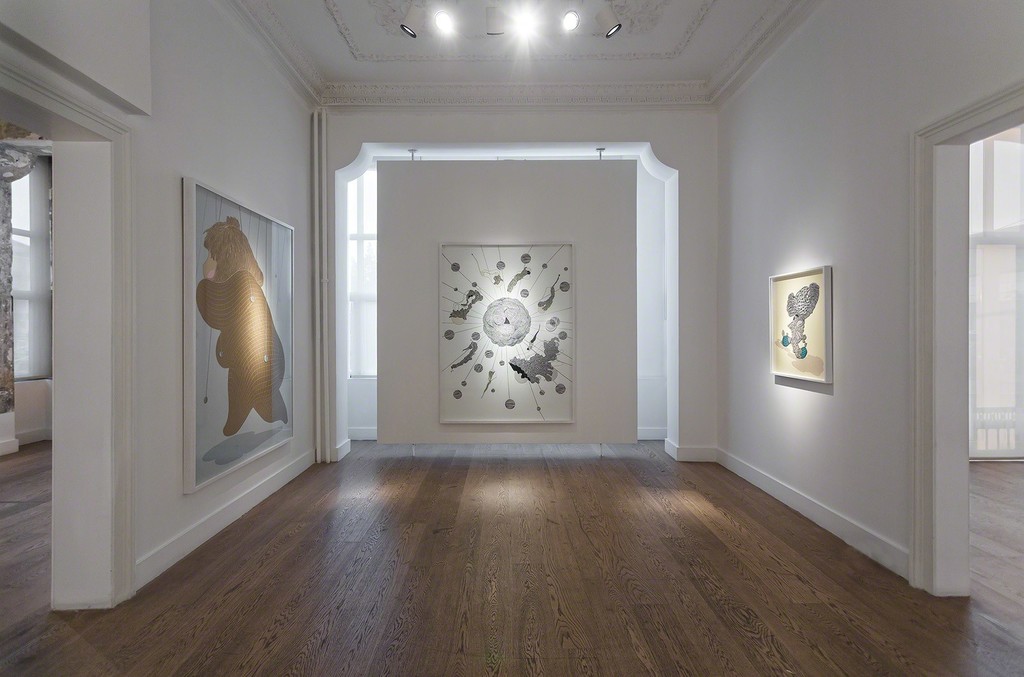 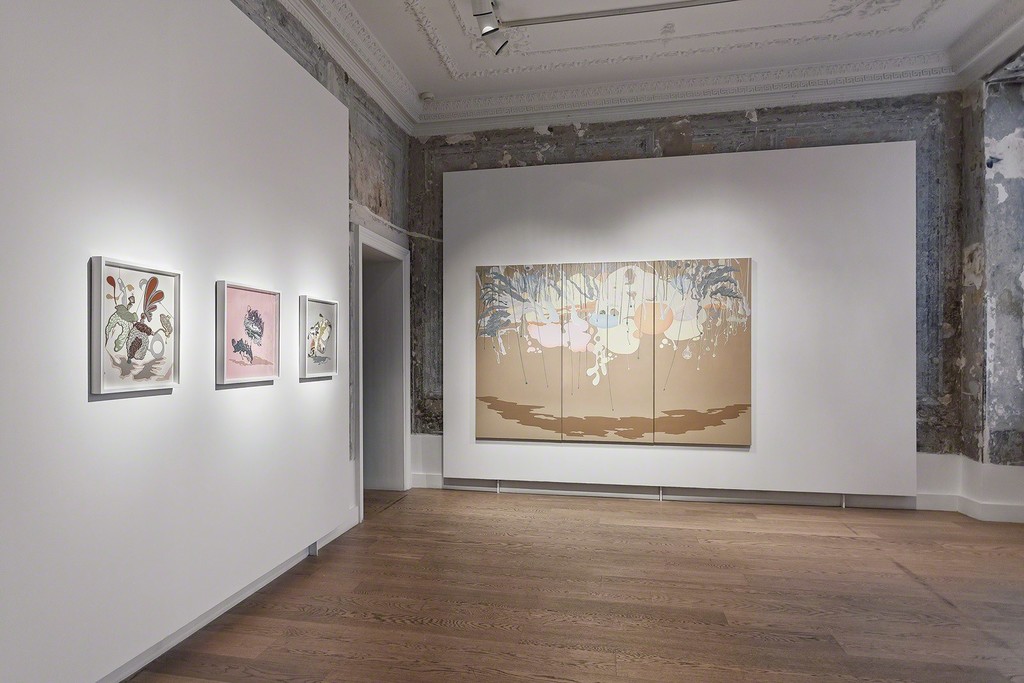 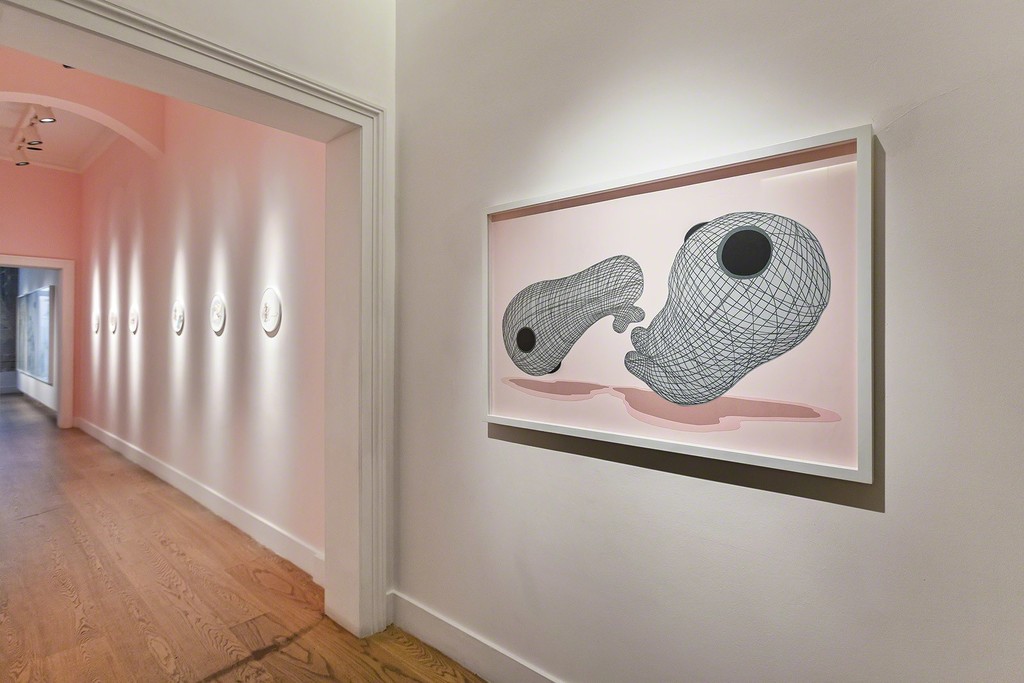 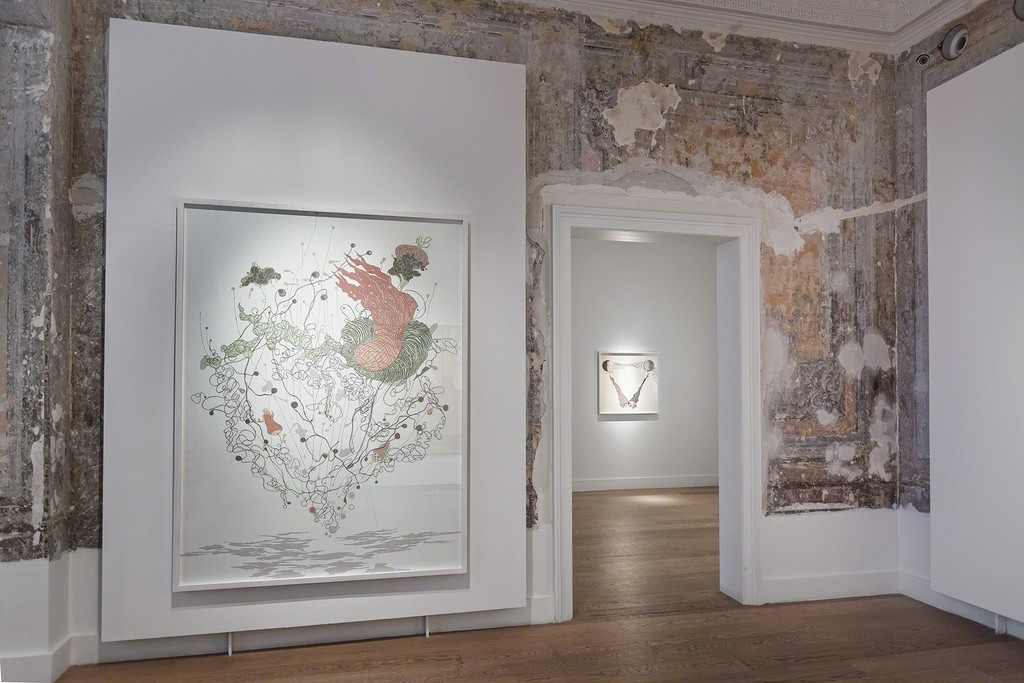 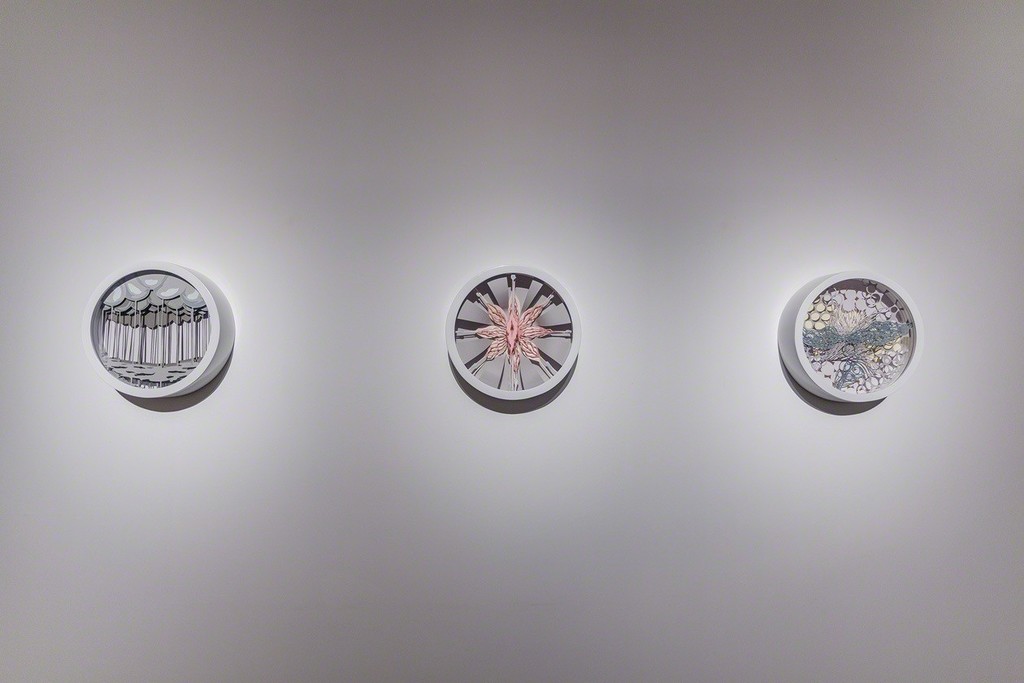 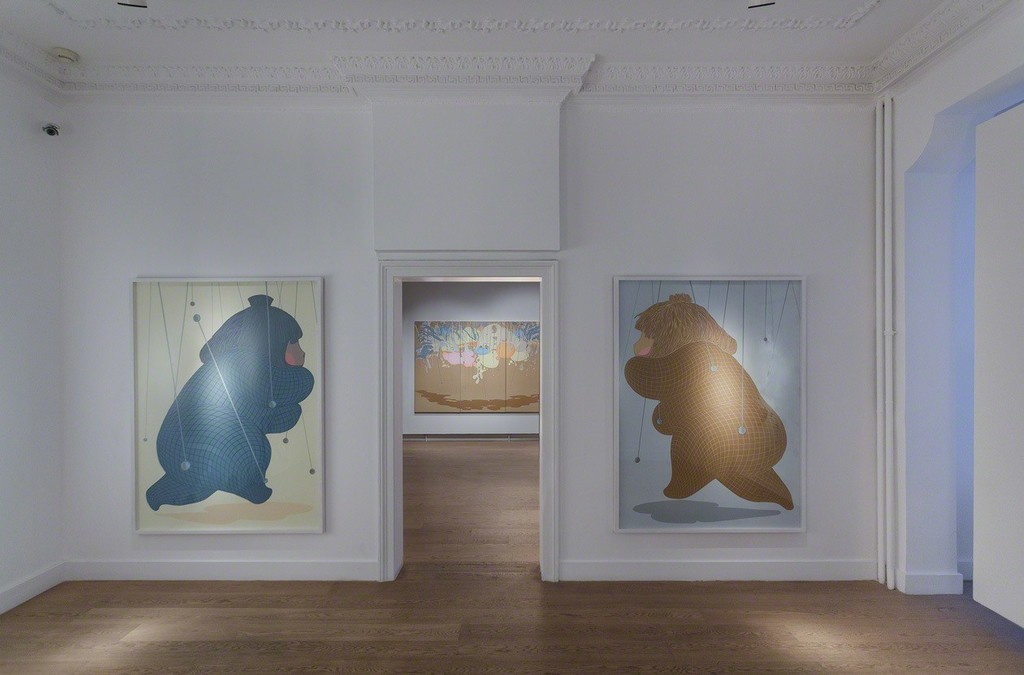 "The hallmark of humanity is its ability to feel, to love, to create, and to appreciate beauty. I think that beauty and sensuality, probably because of their perceived lack of material contribution and with savageness and destructiveness on the rise, are nowadays interpreted as naive manifestations subject to kind contempt; yet despite this I believe that humanity can put faith in and create from its inherent goodness, instead of reviling and destroying it."
Ayça Telgeren

Galerist is pleased to present "I’ll Keep It Till You Come Back", an exhibition of new work by Ayça Telgeren, on view from April 25th to May 25th, 2013. For her second solo-exhibition at the gallery, Telgeren presents large scale paper works cut by hand, acrylic landscapes on canvas, paper paintings and sculptures of supernatural figures in various scales, and a video alongside large-scale wall installments which the artist describes as the formal projection of a 2-year long journey of body and mind.
The artist defines these works as part of a single, joyous crowd whose members sing along to the same song, but each contributing with their own distinctive timbre and note. They draw attention to phenomena and state of minds such as beauty, dreams, muses, subjective perception, oscillating moments, delirious times, sensuality and unpredictability, the vague instead of the absolute; in short, anything that is normally questioned by the rational mind. Telgeren consciously prefers content far removed from daily reality, describing herself as a stubborn and optimistic dreamer.
The artist's installments at the entrance of the exhibition act as an eulogy to delirious states while the subsequent paper works point to enthusiastic and emotionally charged states of minds. The artist continues her quest for ambiguity with portraits dedicated to "the greatest contributors of my soul, my muses," which are musicians, inventors, and artists; followed by embroidery hoops decorated with mutated plant-like animals and animal-like plants, referring to "feminine modesty" a definition by Ursula K. Le Guin, one of her favorite authors.
The second part of the exhibition is reached through a gateway held open by two gigantic figures longingly flinging themselves at each other. It reveals utopian landscapes painted with acrylic on canvas. The last part of the exhibition marks a first for the artist and is also relatively its most discrete, showcasing a video work based on background screens used in shadow puppetry. In it, Telgeren creates illusions by again foregoing on industrial production methods and using existing objects.