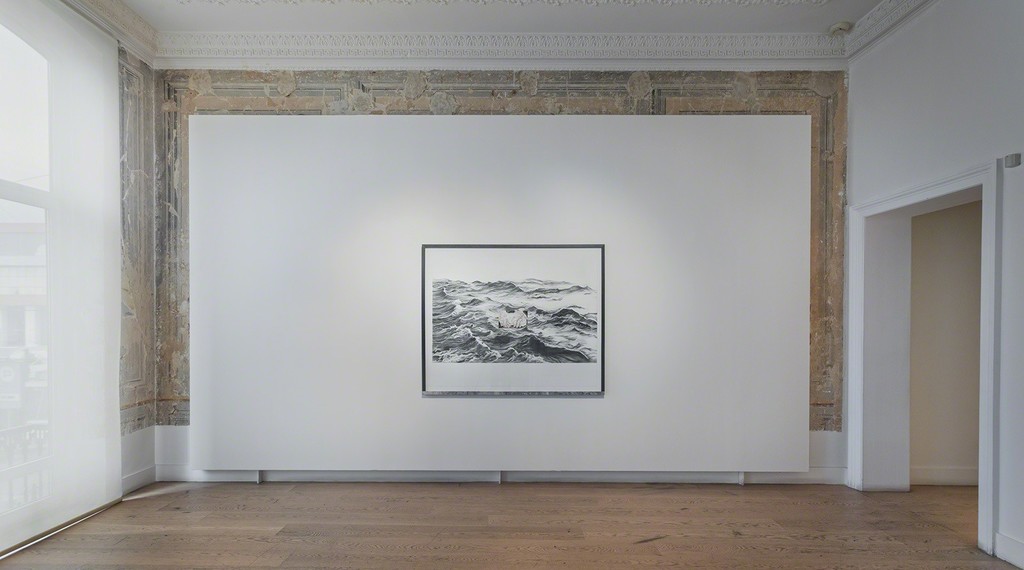 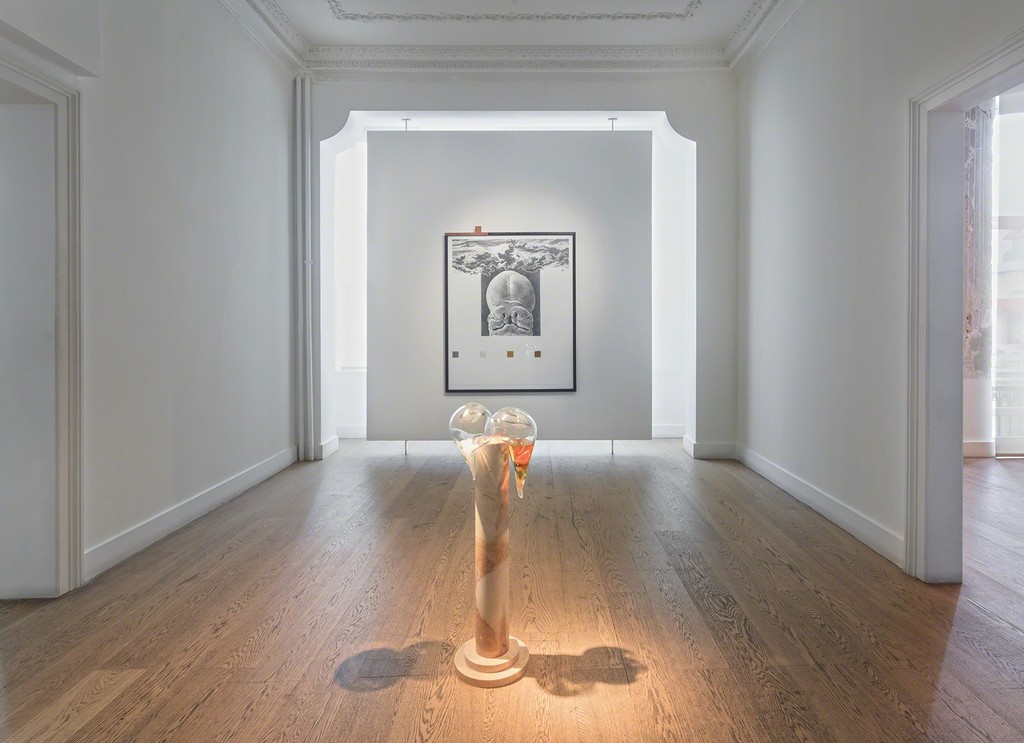 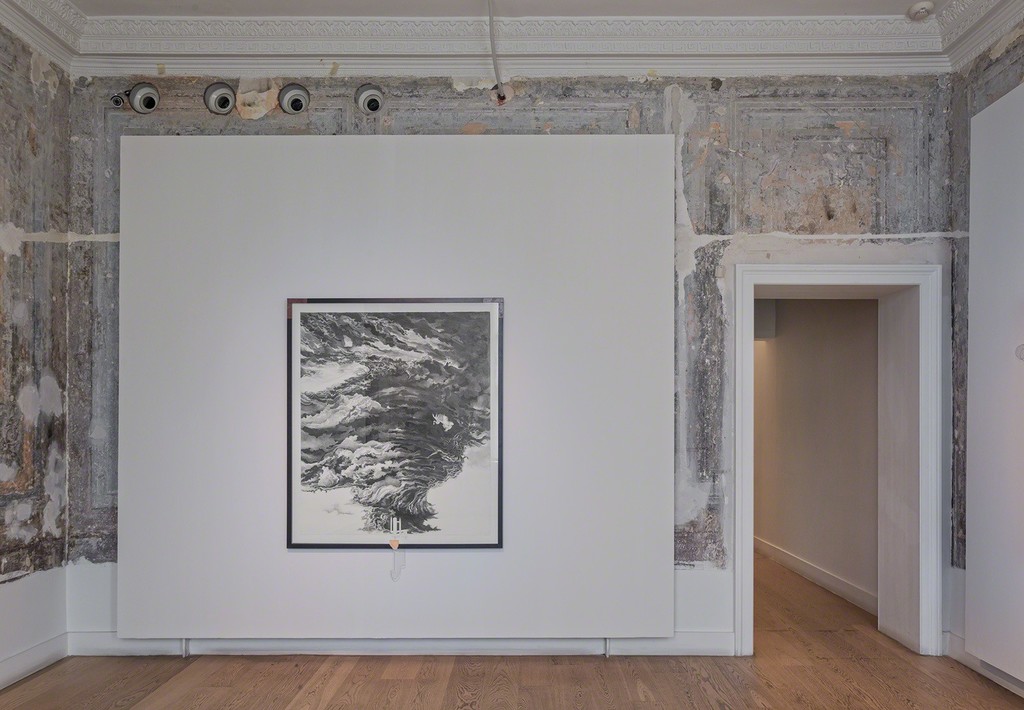 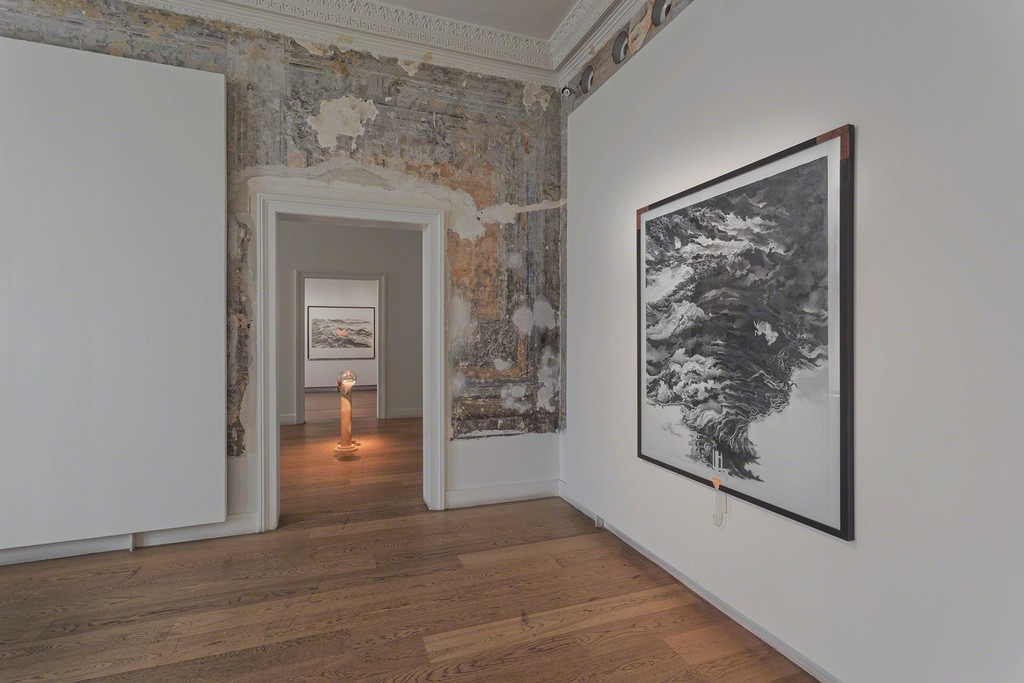 Galerist presents Born of the Interface, the fifth solo show by Istanbul-based artist
Burcu Yağcıoğlu at the gallery. This exhibition, radical both philosophically and
formally, comprises large-scale drawings, a video and a sculpture containing organic
material.
On the 18th November of this year, Burcu Yağcıoğlu had an ovarian teratoma
surgically removed from her body. Fortunately benign, the teratoma she was carrying
inside her nevertheless became fascinating to Yağcıoğlu, tying in as it did with herlong
held interest in a cluster of related subjects; cyborgs, replication, the boundaries
(or lack of) between machinic and organic processes and 3-D bioprinting.
The exhibition revolves around the image and idea of the teratoma, technobiocultural
phenomena and 3-D bio-printing; the video combines footage of the laparoscopy
surgery Yağcıoğlu underwent to have the tumor removed with footage of animals,
humans and machines found on the internet. The sculpture, sitting atop a marble
plinth, combines mechanic elements, referencing both 3-D bioprinting and the
teratoma. The large-scale drawings, meanwhile. strip away the pejorative
associations that surround the teratoma and recast it as a symbol of a new,
excessive, science-fiction-like, mode of reproduction.
Teratomas occur when the growth patterns of some cells become defective and start
growing in the wrong place in the wrong way. Sometimes teratomas are found that
contain skin, bone and hair. Very occasionally they can resemble, tiny, misshapen,
malformed humans. The overwhelmingly natural reaction to such specimens of
horror and disgust is reflected in language the use; the English word, teratoma, is
etymologically derived from the Greek ‘teratos’, meaning a monster.
It is this horror, its understanding and deconstruction that animates this body of
Yağcıoğlu’s work. The horror in question is existential. Teratomas (especially when
most complex and ‘fully’ formed) strike at the heart of our self-definition as unique,
holistic and intentional entities. Their existence, proving the highly contingent nature
of biological processes, reveals the accidental and precarious nature of our own
emergence and very being.
With beauty, elegance and a clear-eyed lack of sentimentality, Yağcıoğlu’s work
presents us with art for a post-human age, where weak thinking and psychology is
left behind, where the organic and inorganic, animal and machine have merged… an
age that has already arrived and in will increasingly be populated by beings born of
the interface….