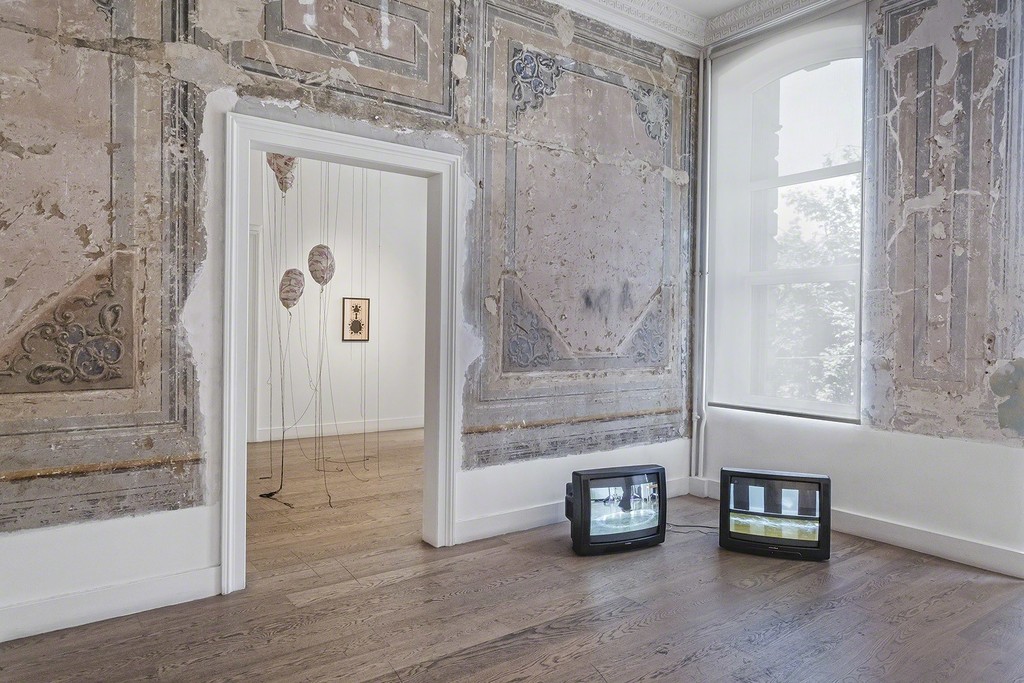 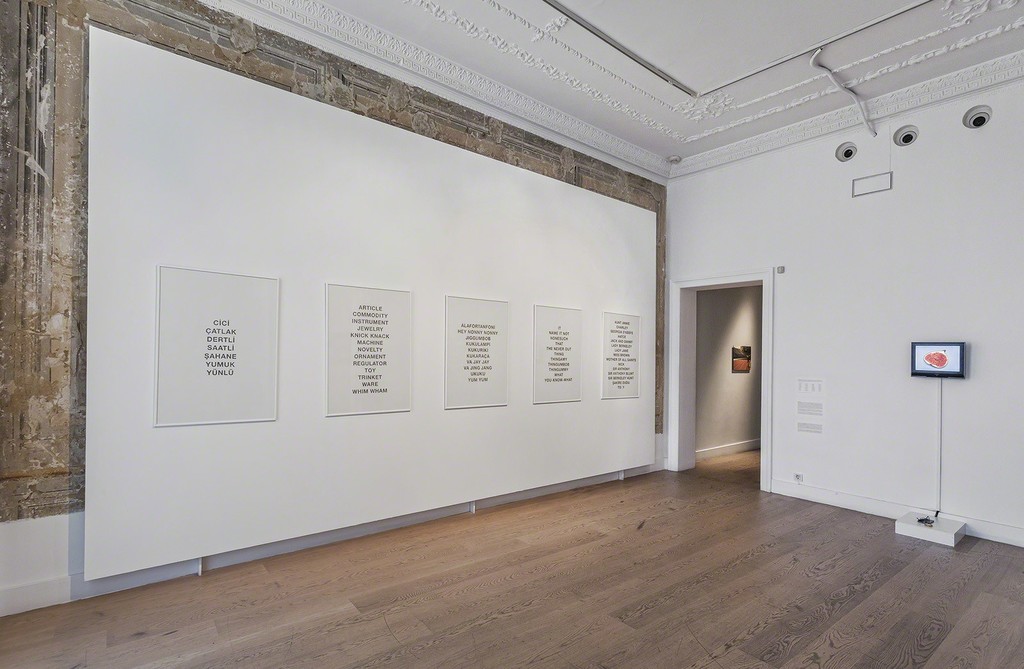 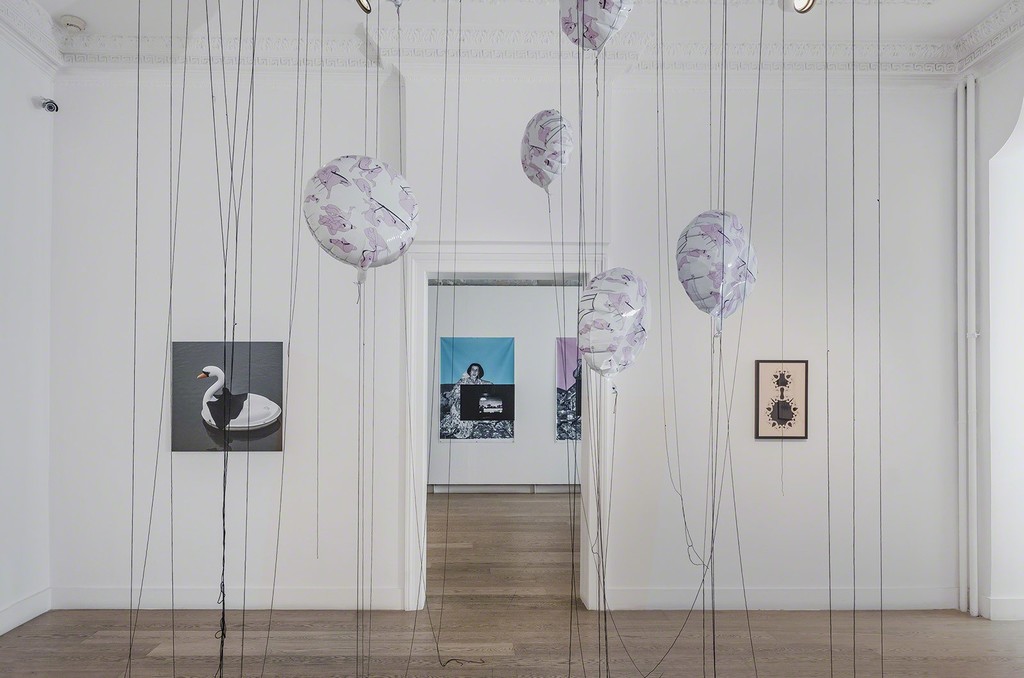 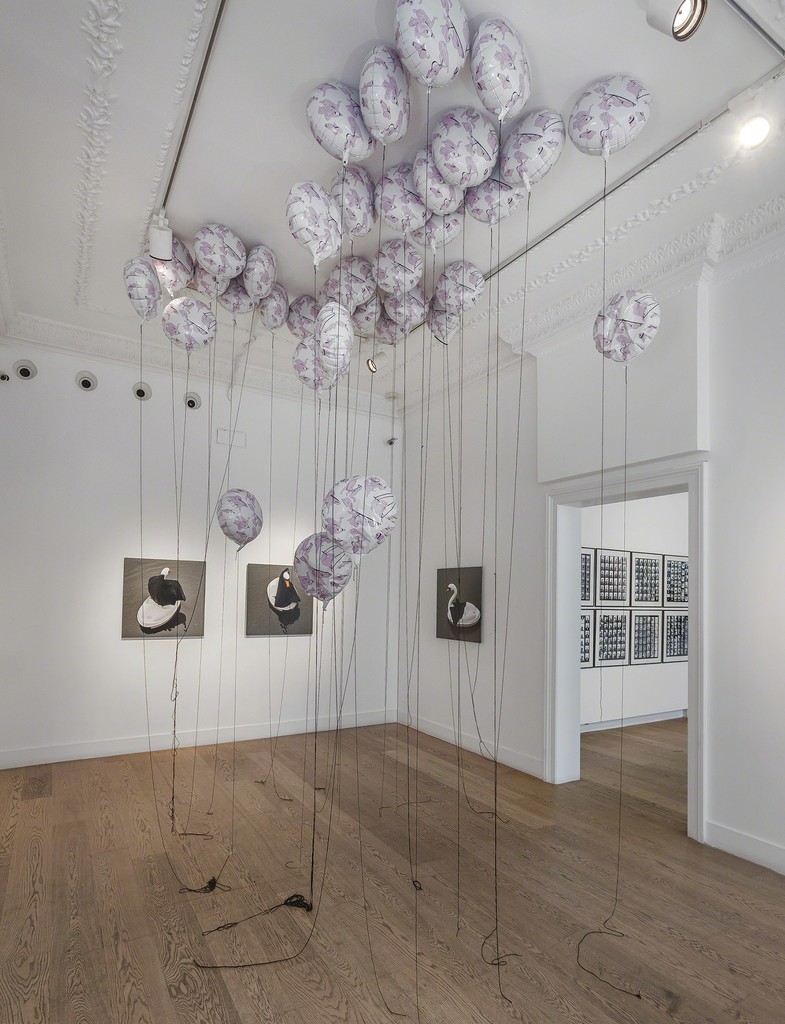 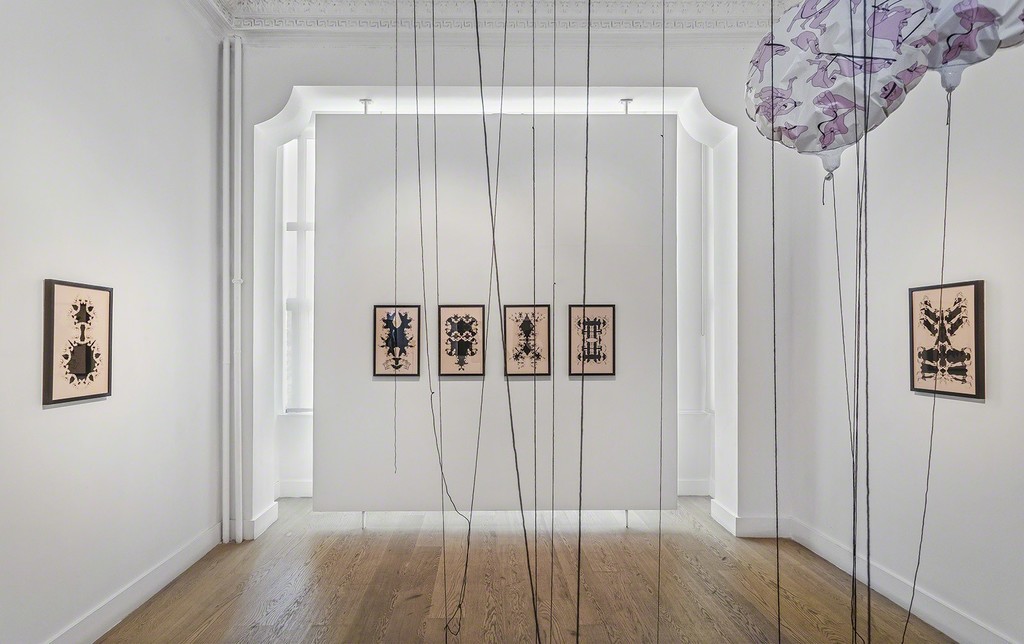 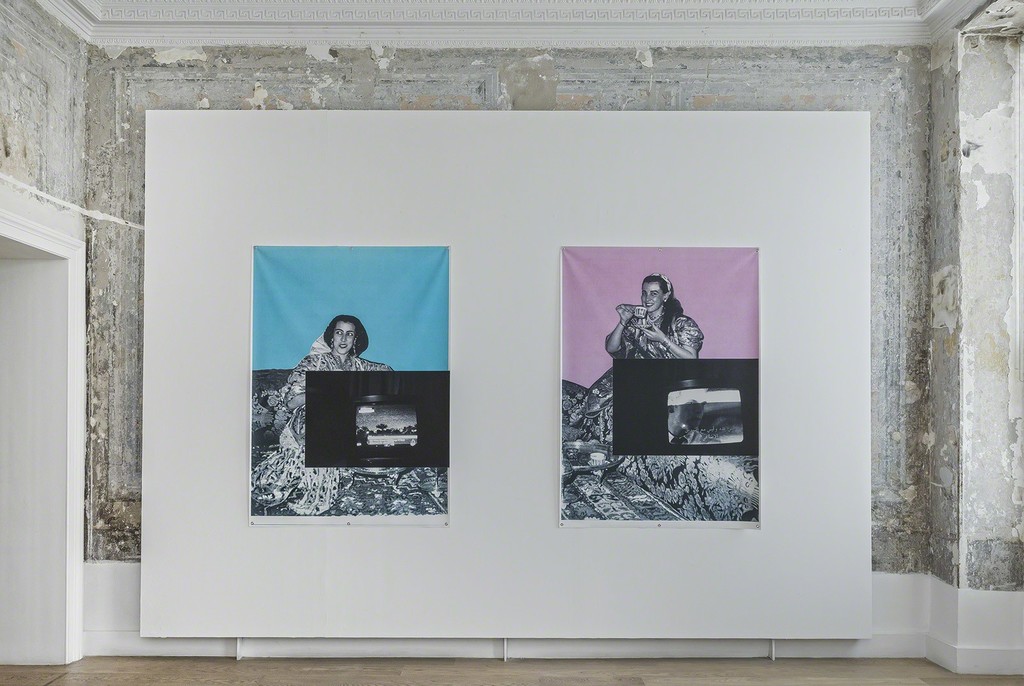 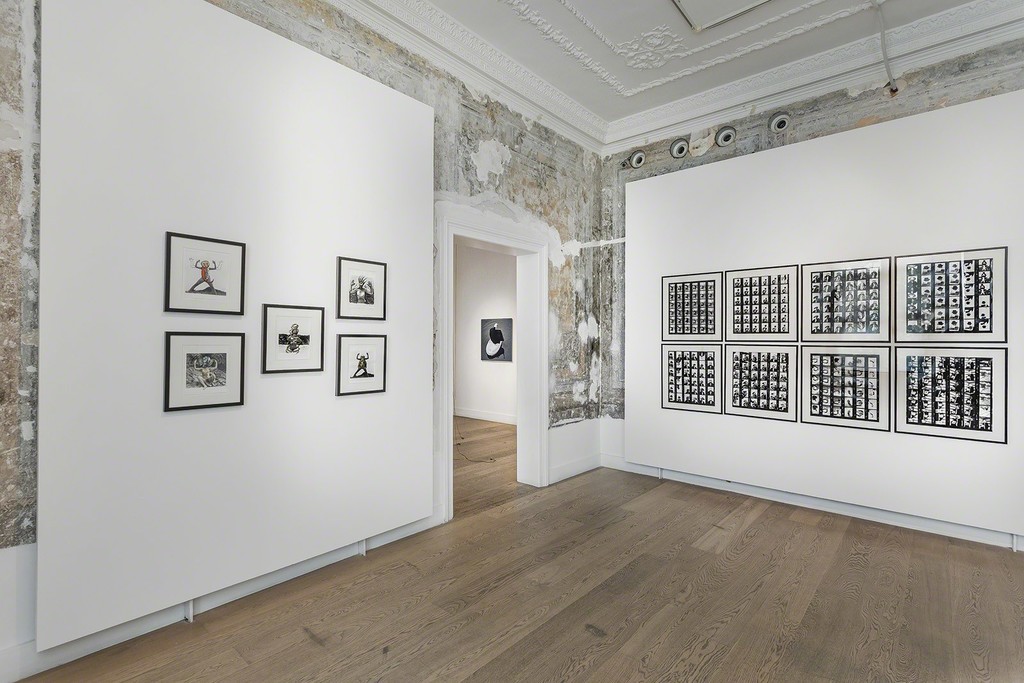 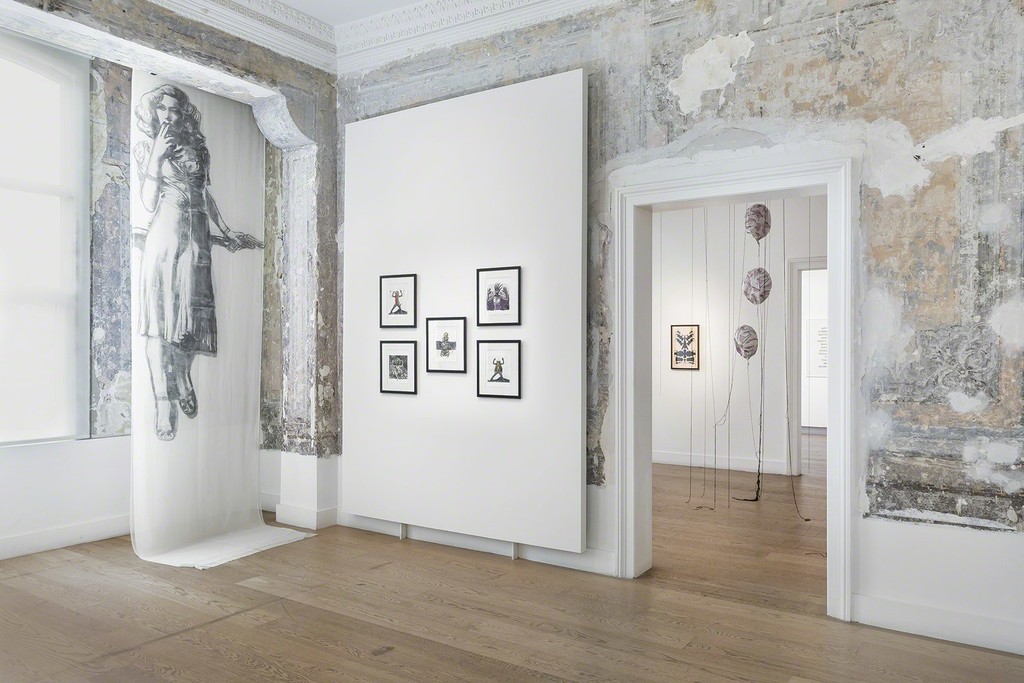 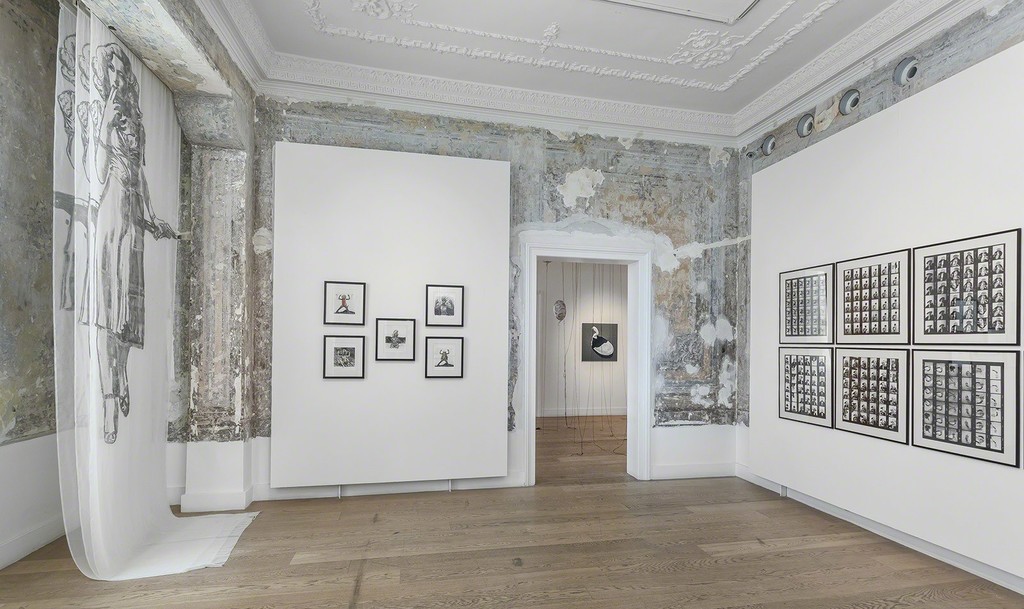 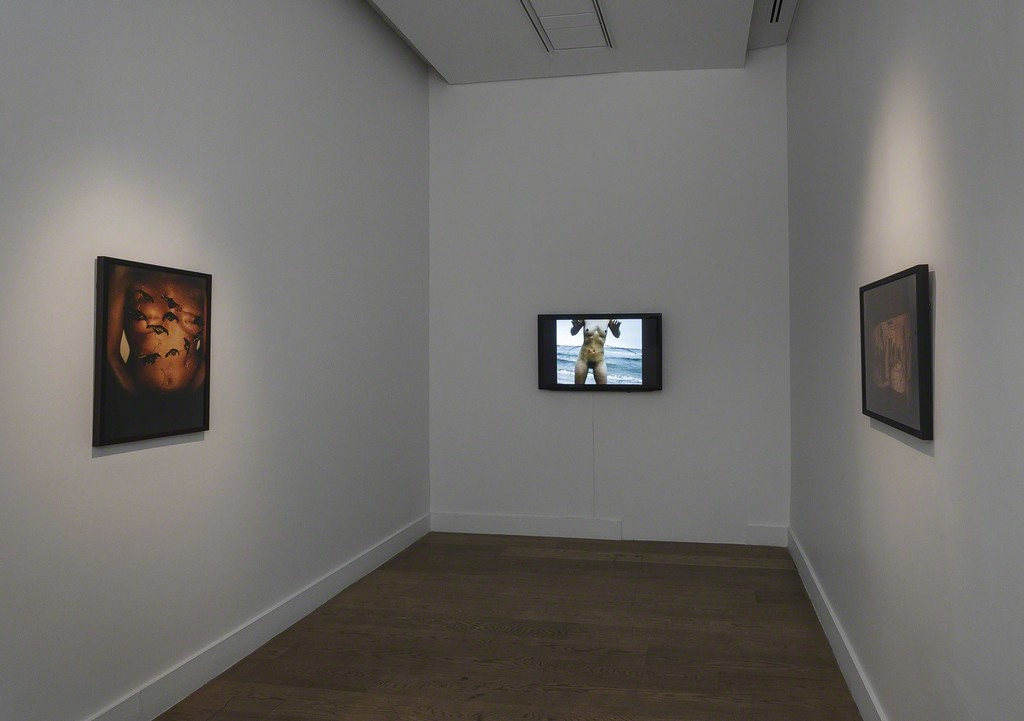 “The body of the artist is a vector for social topics:digitization, virtual forms, words, hypertext, interaction...(...)The surface I write my message on is my own skin. Just like a snake, I leave traces of my skin along the patchs I traverse.” Nil Yalter
Galerist is pleased to present 'Carte Blache to Nil Yalter', between May 22 and June 21 2014, an exhibition of works by eight woman artists who investigate the female body as a sociopolitical issue. For the exhibition Yalter brings together photographs, videos, digital prints and installations by Mary Beth Edelson, Didem Erk, Parastou Forouhar, Hélène Hourmat, Birgit Jürgenssen, Sigalit Landau, Yasemin Özcan and Dilek Winchester, that expose different approaches to women’s body and its representations since 1970s.
The artists, which parttake in the exhibition manifest a novel field of expression through new vocabularies and symbols using mostly their own flesh. The goddess imagery in a series of photographs by Mary Beth Edelson titled 'Body Series‘ symbolizes the power of women, while, the selfportraits in 'Stamp Boy‘ by Hélène Hourmat scrutinizes the representation of women and the female body in history of art and fashion photographs. Paratou Forouhar’s photographic series 'Swanrider' contextualizes bodily representation by using it as part of the ugly duckling metaphor. Also in a series of photographs, Birgit Jürgenssen reflects images that refer to the male domination of the world, on parts of her own body, using the body as a cultural and psychic platform.
Sigalit Landau, twirles a hula hoop made of barbed wire around her nude torso in her video 'Barbed Hula', performing both a personal but also senso-political act that exposes the invisible limitations that are concealed under the skin. Didem Erk’s performance 'Walking around the Perimeter of a Circle – A Line (Traced by Walking)' materializes notions of abstraction and repetition as the artists becomes a thing which solely follows its own existence subserviently. In a video titled 'Run', Yasemin Özcan presents the a women’s road to their own freedom as a physical experience. By highlighting the relation between the body and langage Dilek Winchester’s video, 'The Unnamable: Methaphores for Vulva and Vagina', is the only work in the exhibition that does not show any female body.
The image of female body, which has been the object of male gaze and phantasy over hundreds of years, is the focal point of this exhibition that is comprised of works by feminist artists. 'Carte Blanche to Nil Yalter' proposes new ways of representation for the female body by exploring issues related to sexuality, intimacy, identity, socio-political codes and roles.