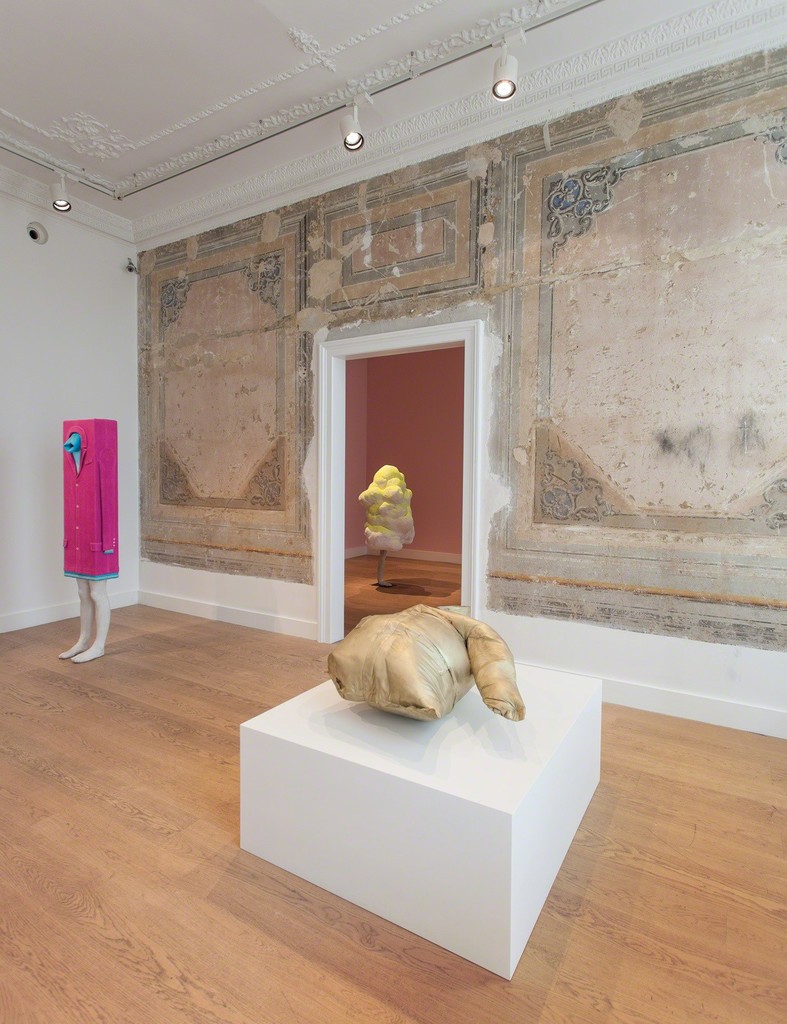 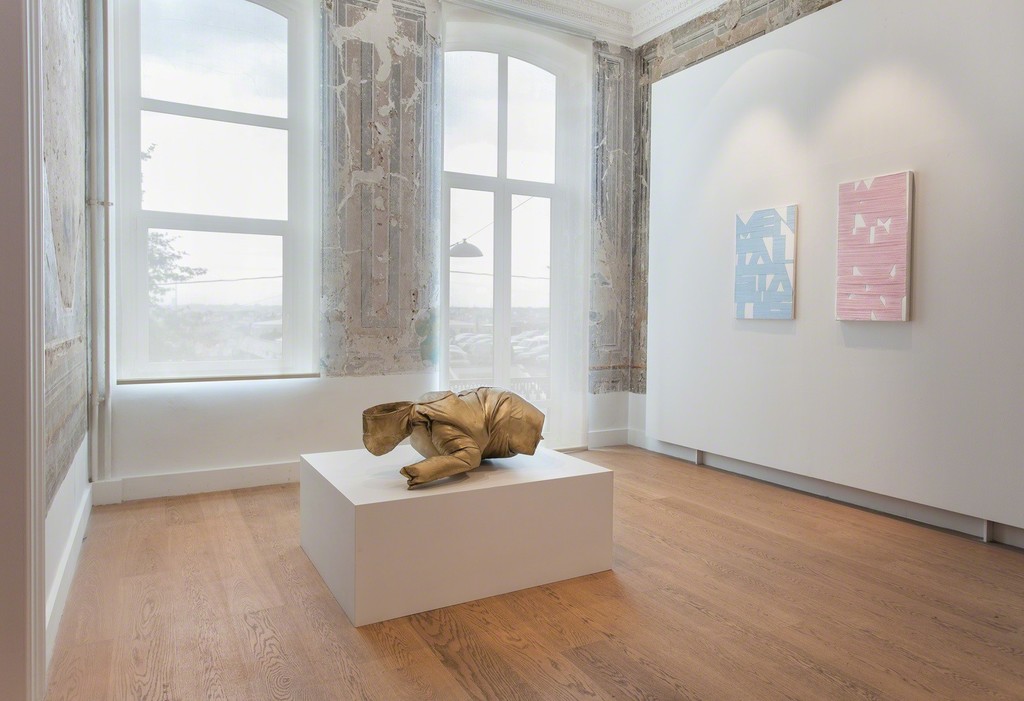 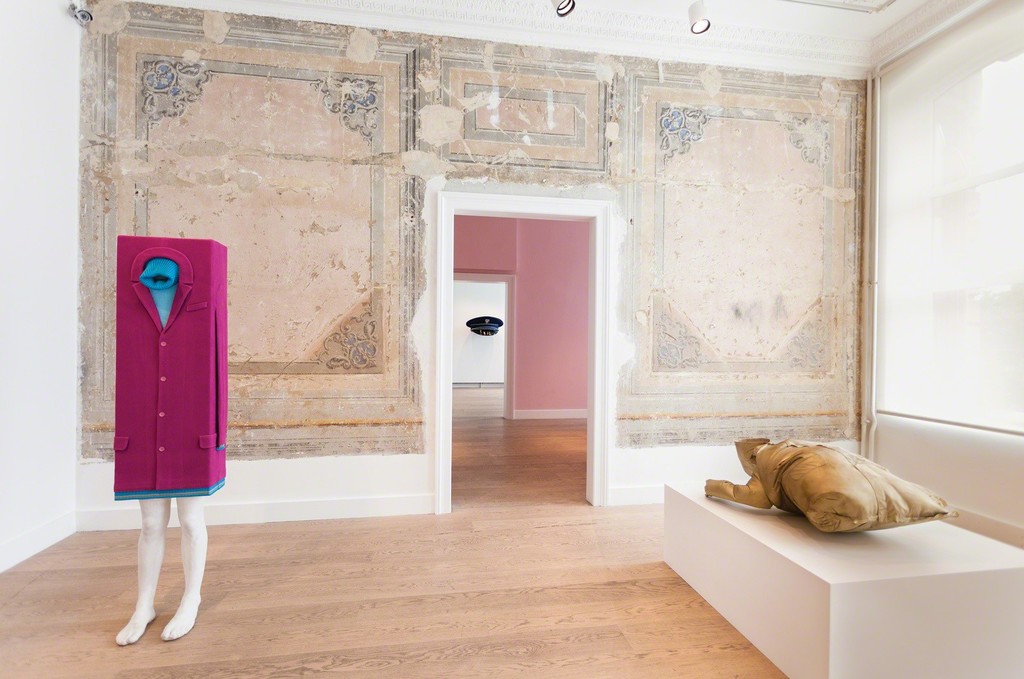 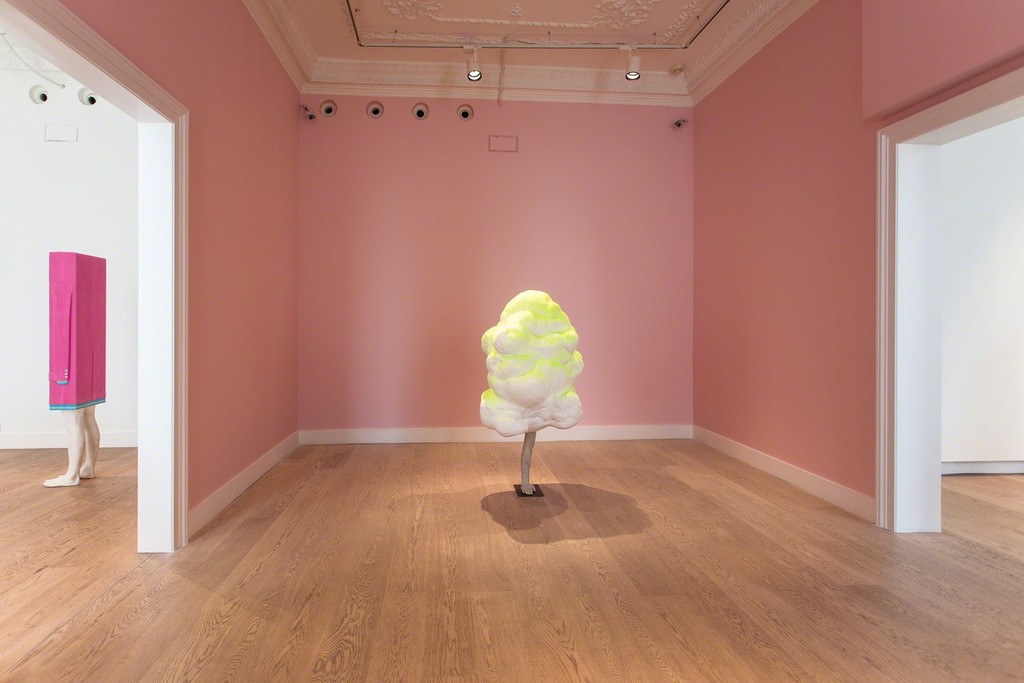 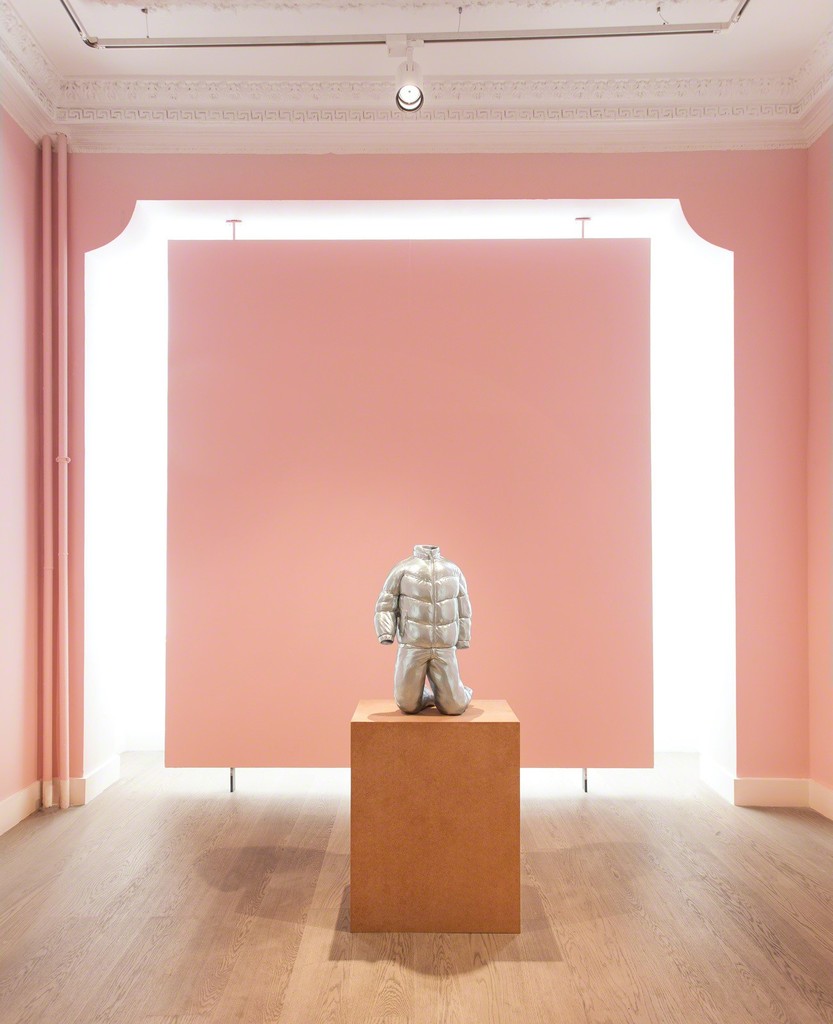 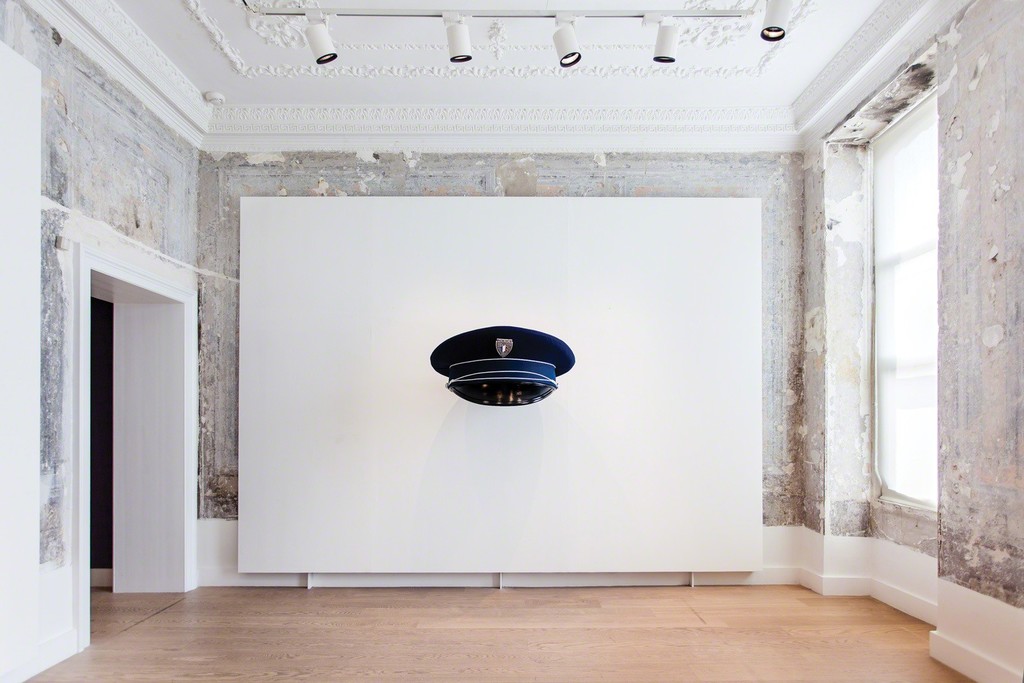 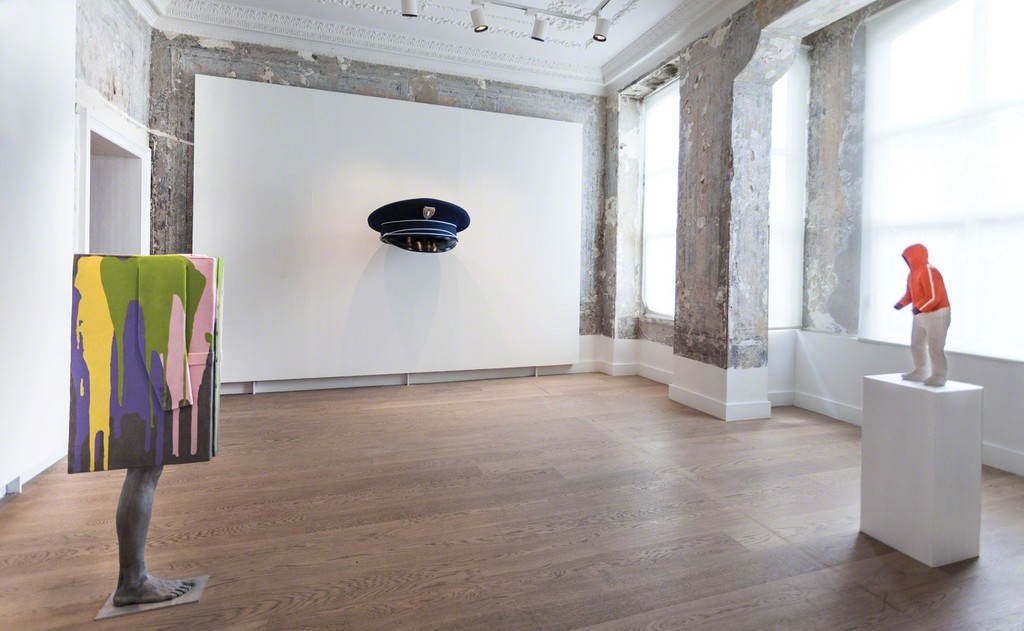 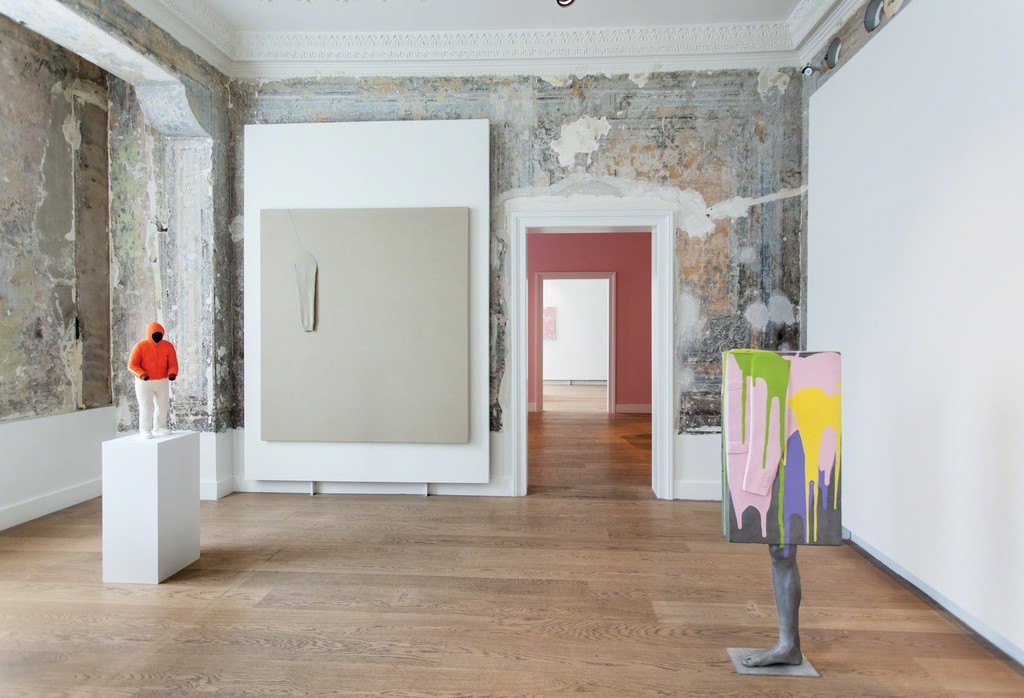 Galerist proudly presents Erwin Wurm’s first solo exhibition of new sculptures in Istanbul, between May 10th and June 23rd 2012. The exhibition is curated by Jérôme Sans and it features works from Wurm’s most important series, providing a summary of the artist’s exploration of the defining qualities of sculpture. Wurm employs a subtle sense of humour to question the relation between the internal and external, and the individual’s loss of control over his personal world in face of the material one.
Wurm first became publicly known in the art scene with his “One Minute Sculptures” using the human body as a sculpting material by urging visitors to pose as living sculptures. Digging deeper into the relation between the human body and sculpture, Wurm states that “sculpture is working with volumes, you can also say that gaining or losing weight is working with volumes. So you can also conclude that gaining and losing weight is sculpture” and hints at the origin of using fat and thin forms in some of his sculptures.
An important example to Wurm’s forms is “Mind Bubble” that is inspired by the thought bubbles used in comics to display dialogues, monologues and irrelevant sounds that take place next to the main story arc. These large, wobbly and heavy looking bubbles are not simply thoughts but also the materialization of a state of mind. Likewise, “Me Under LSD”, which is a large yellow cloud that is balanced on one hand, is evidences how the artists use a physical narrative to convey a psychological state, simultaneously confronting the viewers with their own emotions and physicality.
Clothing canvases or simple rectangular stands with mass produced clothes like dresses and pullovers allows Wurm to create pieces whose forms are defined by their exteriors; exposing the fragile nature of individual and collective identity relations that exist behind clothes and similar “social envelopes”. People use these objects to present and reflect themselves, yet in turn they end up being shaped or transformed them.
The exhibition’s extremely large sculpture of a police cap is not complete until the visitor stands right under it. The visitor’s head is lost under the cap, which gives the impression of the cap dominating the whole body. As the individual hidden under the cap, he becomes faceless and anonymous. This sculpture also connotes to children’s’ failed attempts to pass as adults by trying on their parents’ clothes.
Visitors of Wurm’s exhibitions become active participants in the artist’s dialogue between the language of his sculptures and the contradictions of modern life. Wurm states that "I want to address serious matters, but in a light way. I want to reach more than just an elite circle of insiders.” He further states “My work speaks about the whole entity of a human being: the physical, the spiritual, the psychological and the political." Using performance as a starting point, Wurm’s sculpture gives physical form to the intangible while also highlighting the delicate nature of identity.
Erwin Wurm was born in 1954 and currently resides in Vienna and Limberg. Considered a star of the international art scene, some of the collections that display Wurm’s pieces are located in France, at the Centre Pompidou and Musée National d'ArtModerne (Paris), Muséed'ArtContemporain (Bordeaux) and Muséed'ArtContemporain (Lyon); in the USA, at the Solomon R. Guggenheim Museum (New York), Walker Art Center (Minneapolis) and Judith Rothschild Foundation (New York); in Germany at the MMK Museum of Modern Art (Frankfurt), ZKM Center for Art and MediaTechnology (Karlsruhe), Museum Ludwig (Cologne) and StädtischeGalerieimLenbachhausand Kunstbau (Munich); in Switzerland, at the Kunsthaus (Zurich); in Austria, at the Belvedere, Albertina, and MUMOK Museum of Modern ArtLudwig Foundation (Vienna). The artists latest solo exhibitions were held at the Kunstmuseum (Bonn, 2010), Ullens Center for Contemporary Art (Beijing, 2010), Essl Museum (Vienna, 2010) and the StädtischeGalerieimLenbachhaus und Kunstbau (Munich, 2009).