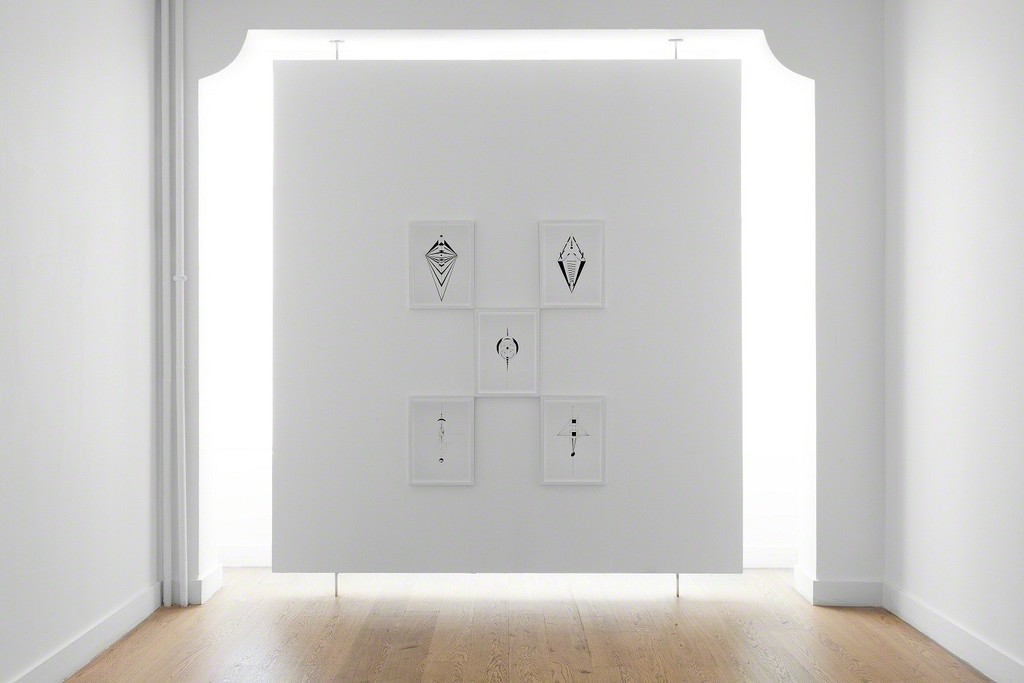 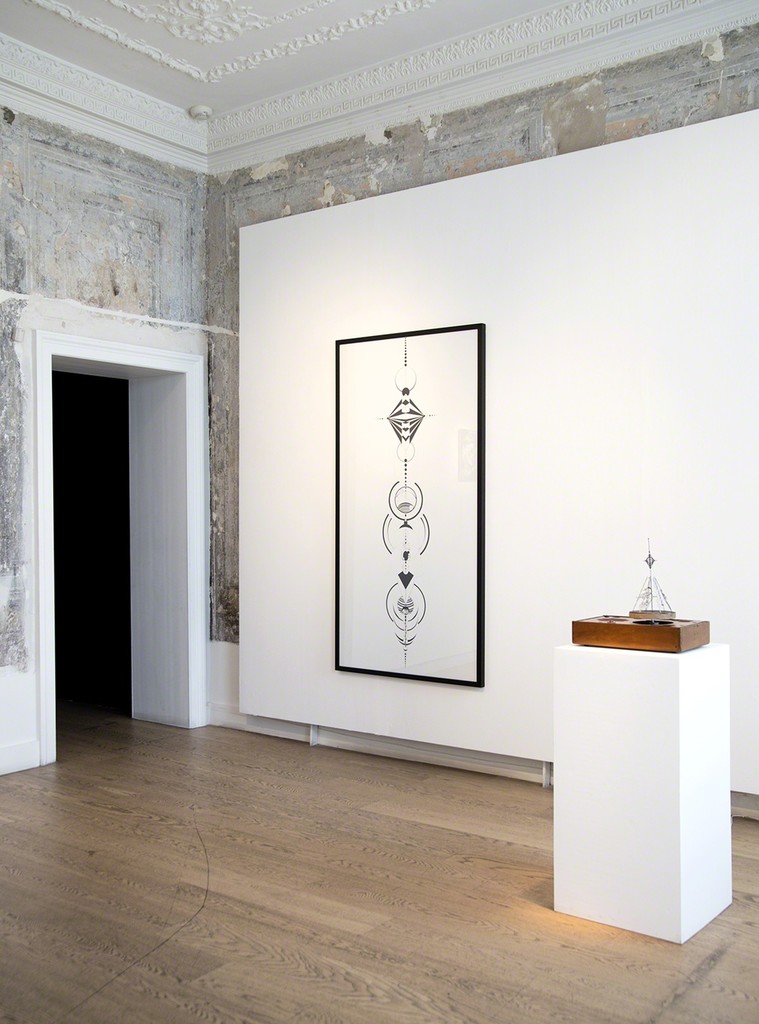 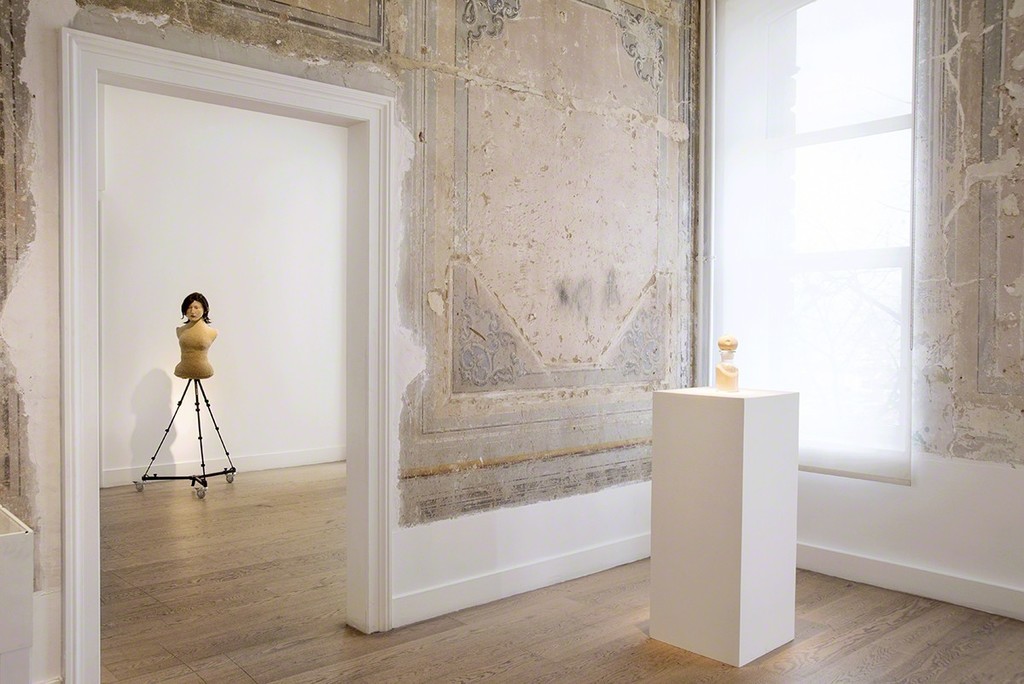 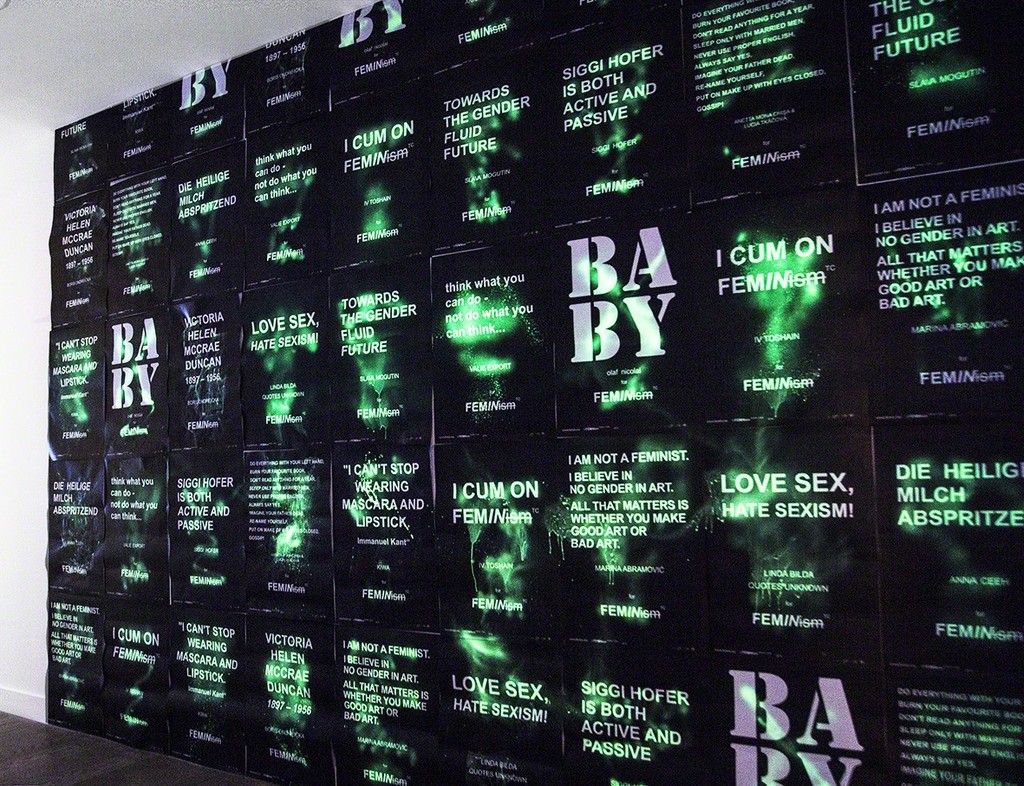 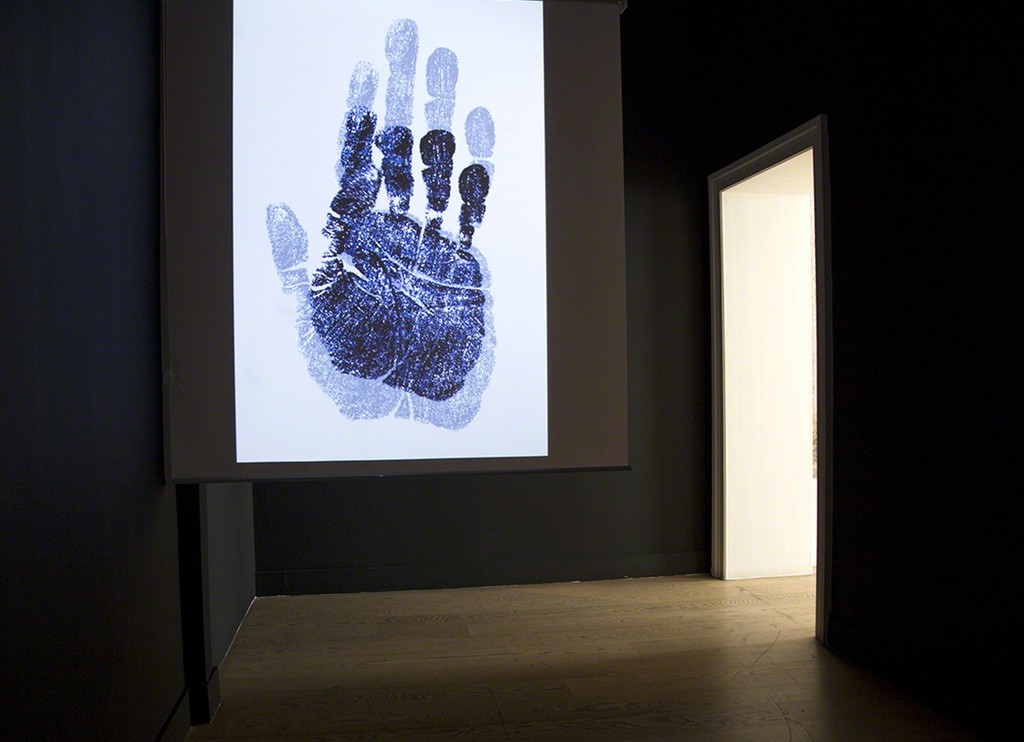 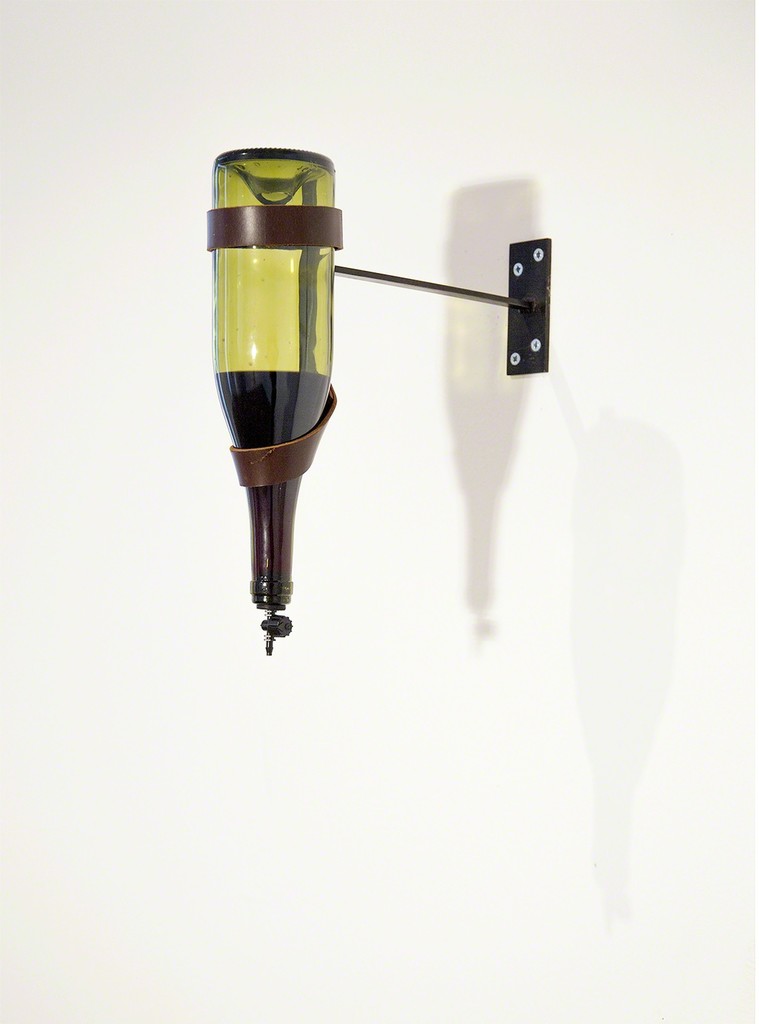 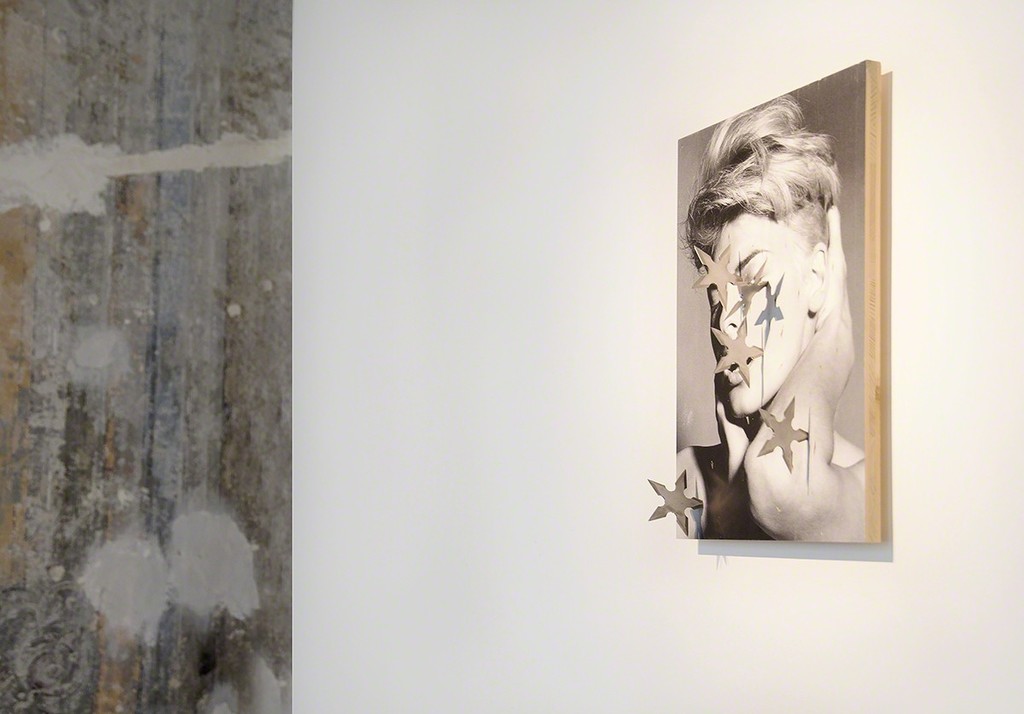 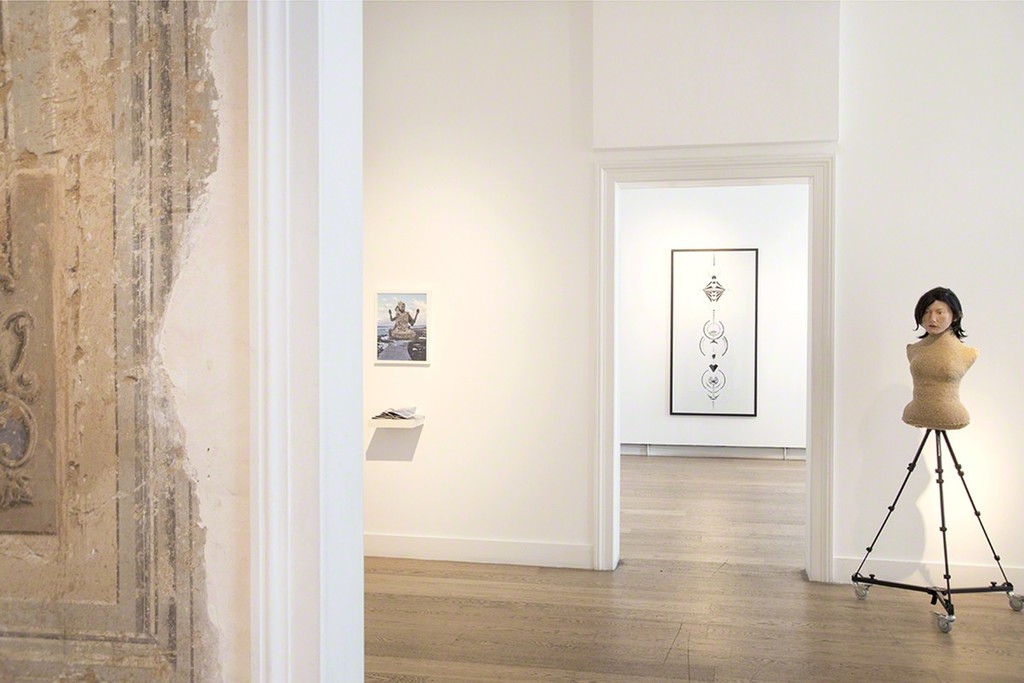 Galerist is proud to present 'Eureka', a group exhibition curated by Kendell Geers between February 20 and March 21. In response to its carte blanche invitation Geers brings together photographs, videos, sculptures and installations by Lalin Akalan, Bianca Bondi, Monica Bonvicini, Anna Ceeh, Asha Cherian, Wangechi Mutu, Mai-Thu Perret, Betty Tompkins, Iv Toshain, Kara Walker, FXXXXismTC and Raqs Media Collective who use the body as a medium of protest.
Kendell Geers„ Call for Artists / November 2014:
“Where do I draw the line between my radical subjective self and my need to embody your perception of me? Where do I begin and you end? The written and unwritten laws that govern our body introduce limits that are all alien to the naked body and distract from our true natures. The city of Istanbul is at once both the epicentre of our global offering of faith and well as the melting point of cultural difference. At once both Constantinople, the birthplace of Christianity and heir to Muslim modernity. Secular and religious, European and Asian, ancient and contemporary, Istanbul‟s 14,1 million inhabitants understand time and limits of our times. In the 2013 Gezi Park protests 1 million people took to the streets and saved the tiniest piece of nature in one of the fastest growing urban contexts in the world. When the police proclaimed every form of protest illegal, a performance artist found inspiration in the most fragile and simple act imaginable, standing still. He simply stood, doing nothing and became known as the “Standing Man”, inspiring thousands of others to follow until even the act of standing still became so subversive that it too was outlawed.
It is said that the exclamation 'Eureka!' was first spoken by the ancient Greek scholar Archimedes when he stepped into a bath and noticed that the water level rose and suddenly understood that the volume of water displaced must be equal to the volume of the part of his body he had submerged. He was so overwhelmed with the joy of his discovery that he leapt out of his bathtub and ran through the streets of Syracuse naked.
I have been invited to curate an exhibition for Galerist in Istanbul and would like to invite you to meditate upon the question of your body and its borders. Where do you draw your lines in the labyrinth of the contemporary experience as an artist? Your mind finds inspiration as your body creates, generating works of art that are given limits by your galleries. Your work embodies the limits of your perceptions dictated by moral, spiritual, physical, economic, cultural and political constraints. In the battleground of your body expressing itself as an artist, how would you give expression to an ecstatic state of being that runs naked down the street with the words “Eureka” on your lips ?
The exhibition that I would like to invite you to be part of is conceived as a protest song in which the body is the celebrated. I would like to Pro-Test the body at the same time as Pro-Tect it and I am inviting you to take possession of your senses and liberate the prisoners of your perception.”