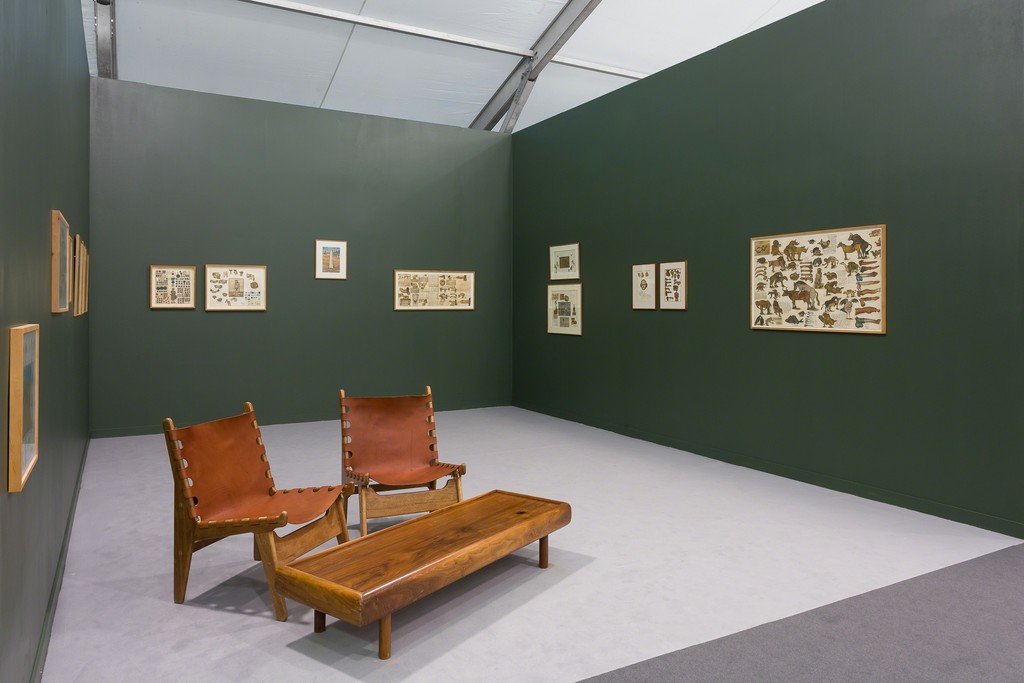 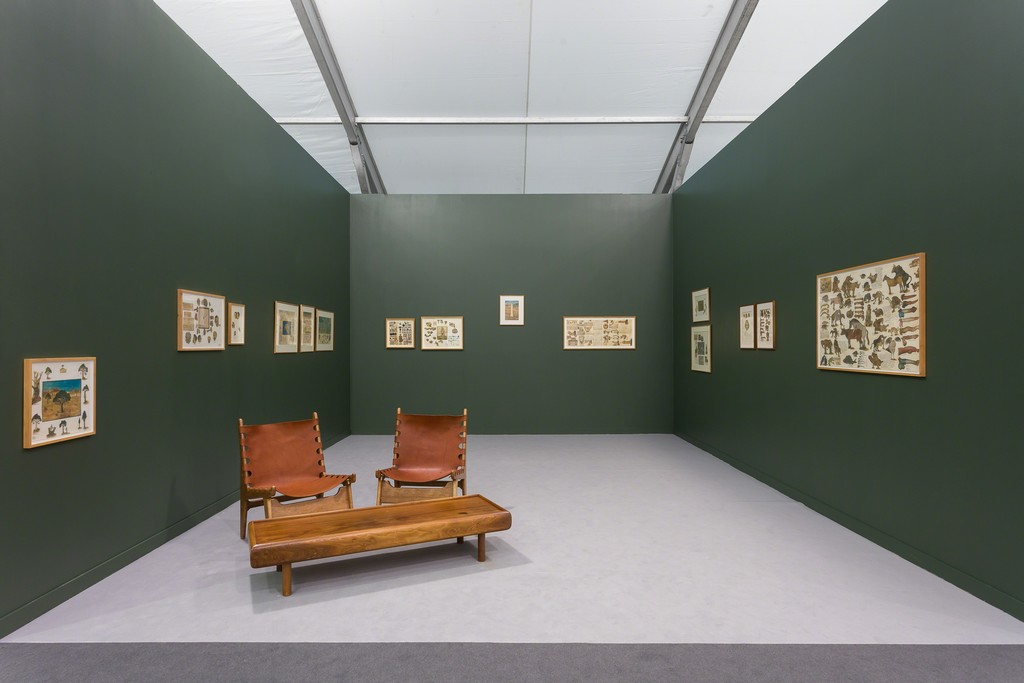 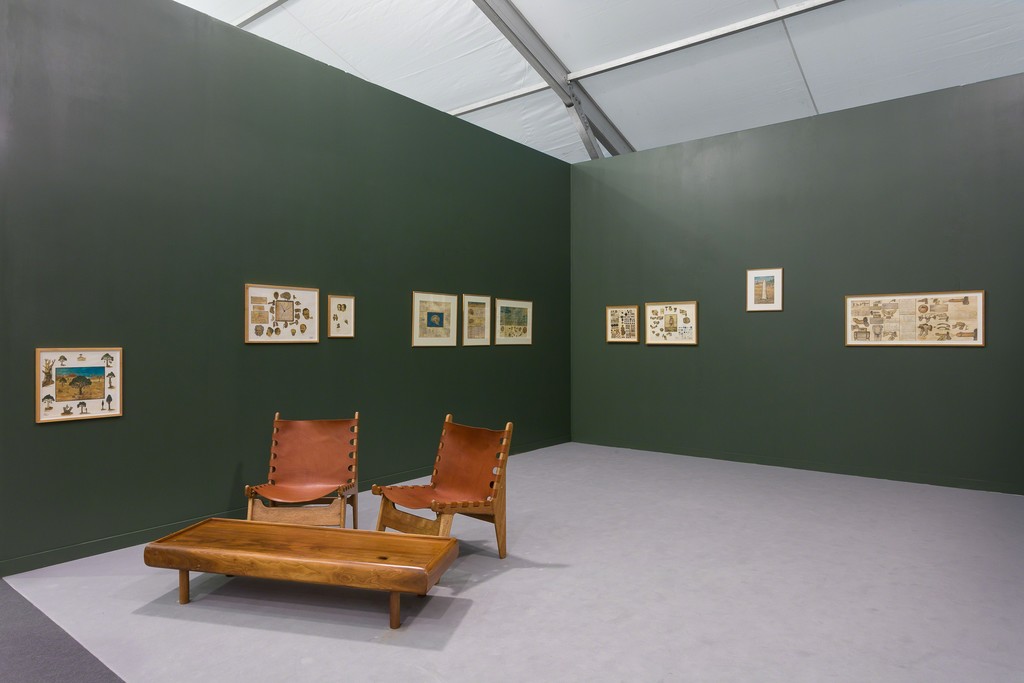 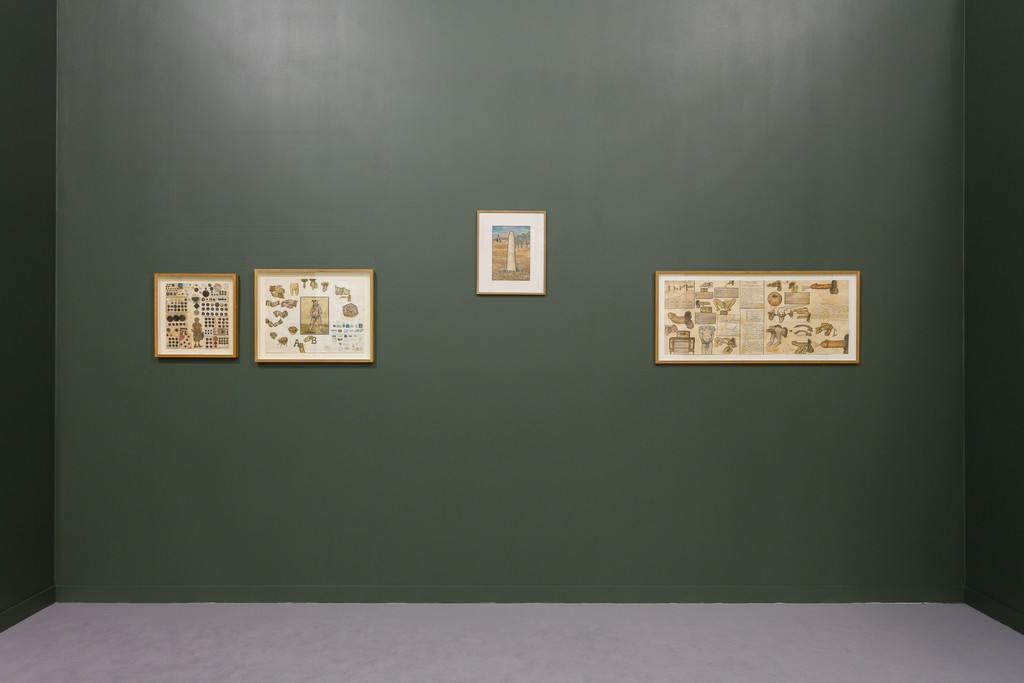 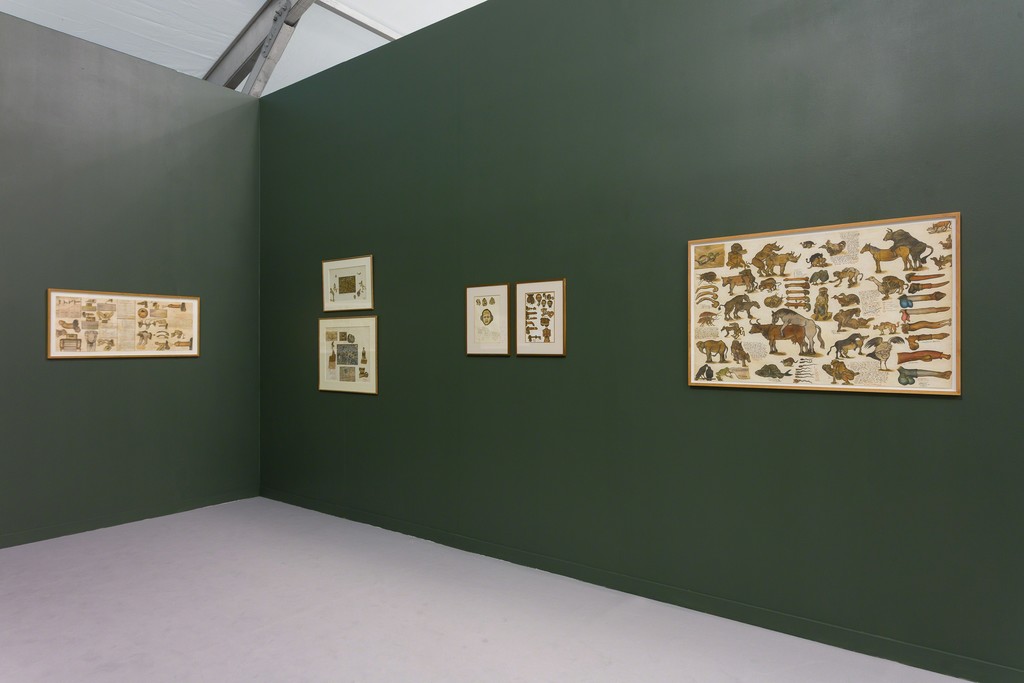 An artist who always sought novel ways to express his wisdom, Arslan devised a codex; an encyclopedic series of images that illuminate his lifelong curiosities. On the one hand, he may be regarded a scientist; a man driven by reason, on the other a madman due to the miscellany of the material and the obscenity of his imagery. This presentation seizes the opposite ends of this wondrous man whose works are untimely and always startling.
“Yüksel Arslan, that finite portion of infinite space, is continuously encircled by two spinning stones, like internal satellites. As they strike each other, sparks fly from his eyes and his hands, while laughter rumbles in his throat.
These two extraordinary stones, theoretically in opposition, produce spectacular magnetic results. The first is the Stone of Madness- Hieronymous Bosch praised its extraction by the surgeons of his era. The second is the Stone of Reason, larger but also more friable than it appears- Goya revealed its sleep- inducing virtues.”
Vaison la Romaine, August 1995
Roland Topor

Born in 1933 to an immigrant worker family in the Bahariye neighborhood in Eyüp, İstanbul, Arslan found refuge in world classics which triggered his deep interest in the act of “reading” the foundation upon which he built his entire oeuvre. In 1953-54, his trips to Anatolia helped him find his unique technique and convey the knowledge and traditional arts of Anatolian civilizations into his own art. Working like an archaeologist, Arslan gathered and used vegetable dyes, earth, bone powder, honey, blood, urine, glue, grated soap, the juice of herbs and tobacco, egg white and other natural materials. He reinforced and thickened the paper he used. He also employed a method of scraping the surface with stone or a piece of brick. The work that emerged thus resembled drawings of Renaissance engineers, early scientific studies, old miniature paintings, and inevitably; pre-historic cave painting owing to his subtle color palette.

He opened his first exhibition titled ‘Homage to Relations, Behavior, Boredoms’ at the Maya Gallery in 1955 and the second one titled ‘Phallisme’, at the Istanbul German Cultural Center in 1959, which included autobiographical and erotic works. In 1961, he left his homeland and went to live in Paris upon the invitation of Raymond Cordier, where his first solo exhibition ‘Homonculus-cucus-palus, planus-phallus-micrococcus’ took place in 1962. With Cordier’s guidance, he found the name ‘Arture’ forged on the word "art" and the suffix "-ure", (as in peinture, sculpture, architecture, etc.) to classify his works.
Capturing this key moment in the international art world’s discovery of Arslan’s oeuvre, our presentation focuses on his ‘Influence’, ‘Nouvelle-Influence’ and ’Man’ series.

Arture 439, 1992 from the Man series is an outstanding example to Arslan’s persistent curiosity in the origins of life on earth. The most important occupation in Yüksel Arslan’s life was reading and a closer look will reveal that all Arslan’s works emerged because of readings. He starts the series with the cosmos, and illustrates from micro-organisms, Arture 362, 1986 to the light of day, and animals, before arriving at the man with the perfect nervous system. It is in the major work that Arslan bounds a great series in a semiotic relation. He draws attention to reproduction as a means of progression regardless of species, and further illuminates his vision through his preferred materials. He draws the most explicit components of his chosen subjects in meticulous detail together with referential texts to accentuate his ideas.
In the numerically progressing visual codex of Arslan, it is astonishing to discover the profundity of his studies. Arture 377, Cerebellars, 1987, is a glimpse into the complex imagery that Arslan generates by the meddling of the scientist and the madman in him. Arslan has devised a way of showing the cerebellum, that part which receives the information from the sensory systems, the spinal cord, and other parts of the brain to regulate motor movements, through visualising balance and movement, and connecting it to the central panel where a sensory system is placed. His in-depth studies allowed him to visualize mans’ mental and physical struggles, reminiscent of early modern surgical drawings.
Arslan, who has always held the view that he is not an artist, has composed the images of a new “Art(h)urian” legend with the frenzy of a laborer and the nonchalance of a king in exile. It is a masterly illustration of the misadventures of “Man”, subject to the caprices of his sexuality, tormented by nightmares and disease, at risk of being thrown off course by a single grain of sand and who will in the end be crushed by his social organization.