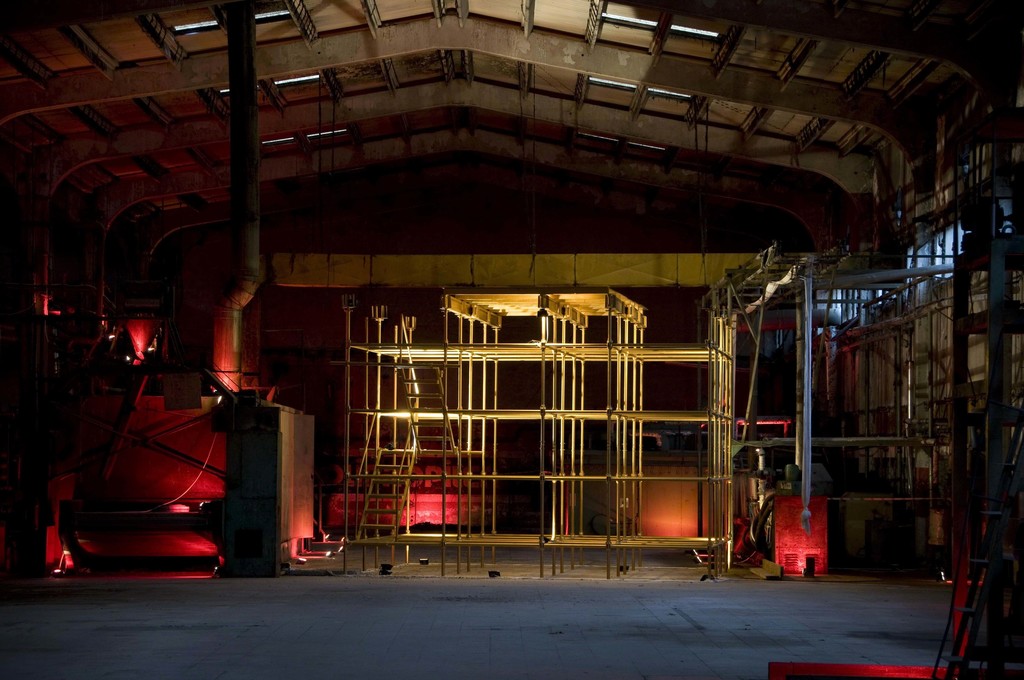 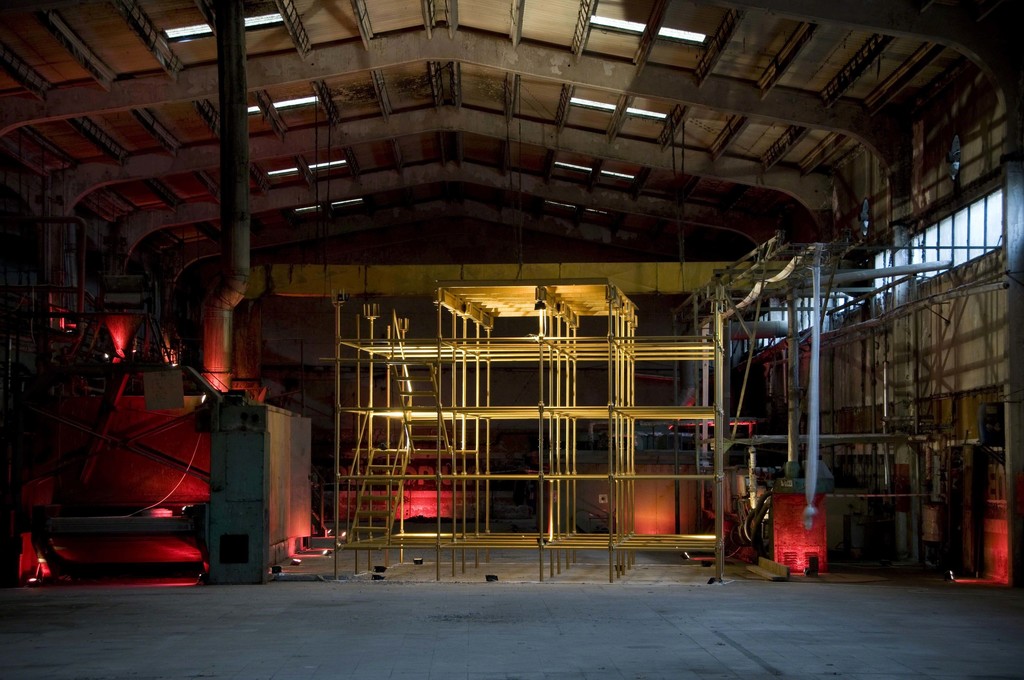 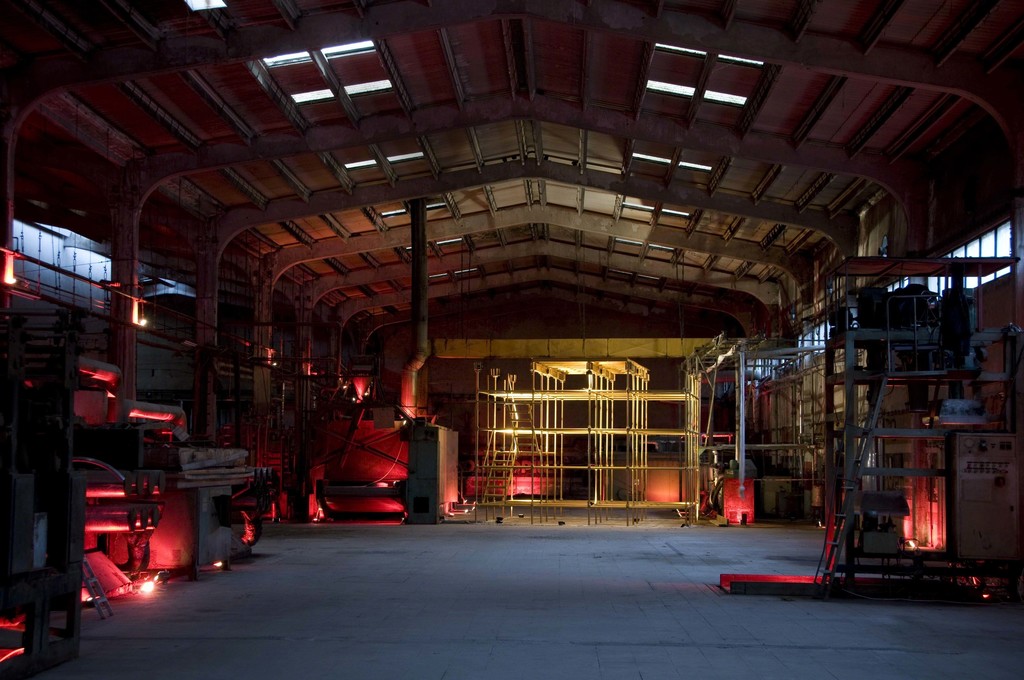 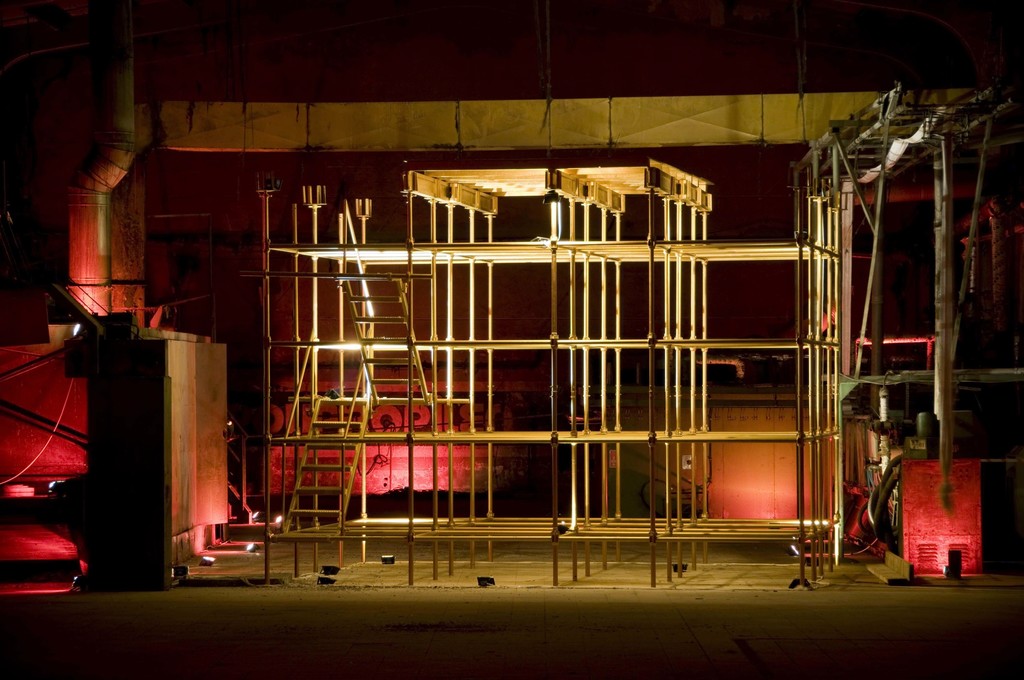 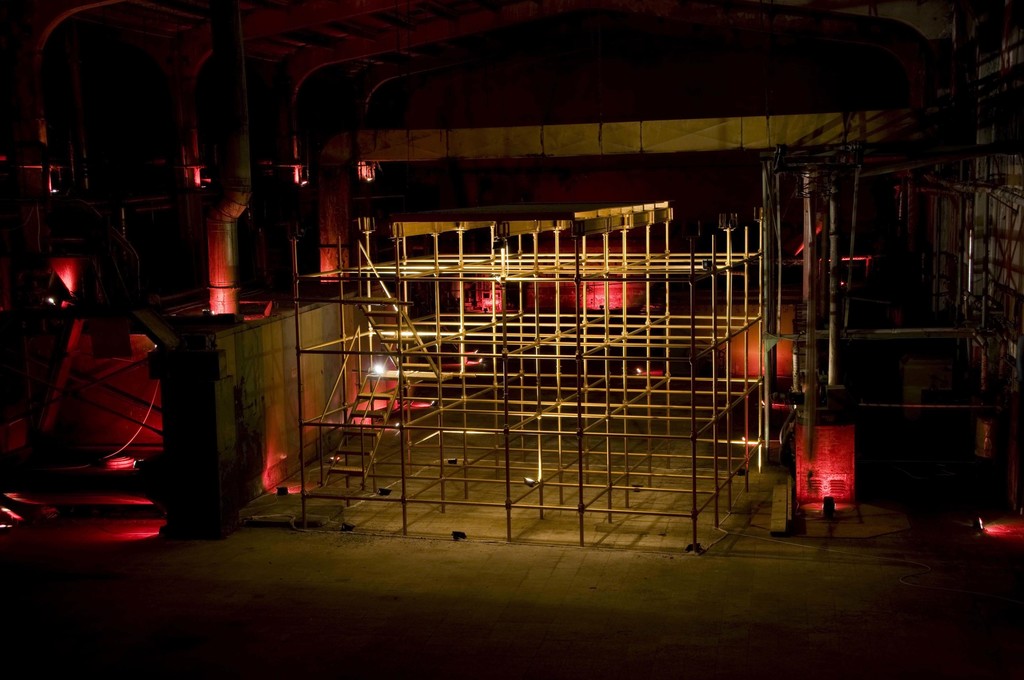 THE “GOLDEN SCAFFOLD” FOR EYES THAT SEE
Sarkis’s Work is in its New Space
Sarkis, by dealing with concepts of history, memory and image in his works, develops interpretations which gain meaning around certain metaphors. Architects and the History of Architecture occupy a special place within these interpretations. For the artist, by proceeding from architectural plans takes under magnifying glass important monuments, particularly in many series he produced as of 2000s. The ideas, the conceptions of space, the interpretations of the phenomena of light of many architects ranging from Mimar Sinan to Louis Khan, are among the themes elaborately dealt with in Sarkis’s works within this framework.
The artist’s work titled “Altın İskele / Golden Scaffold” that he has realized for the “Atik Valide Külliyesi” (Complex and Mosque) [1570-1579] in Üsküdar, as one of Sarkis’s large scale installations, is an important work of art where the thin borders between yesterday and today, history and contemporary are emphasized. “Atik Valide Külliyesi” that is turned over to Mimar Sinan University Faculty of Fine Arts has been re-interpreted by Sarkis almost like in a rescue operation while it has been left to its fate as a structure that would enter a process of transformation, restoration and reconstruction in the near future. “Golden Scaffold” has different characters as a work which embodies many different concepts. Real 24 carat gold leaves are used in this work which the artist has realized by proceeding from a normal scaffold used in construction works.
“Gilding” that has different meanings in different cultures, covering an object with gold might be interpreted, before anything else, as the indicator of standing against time. The gold material that is the symbol of immortality which is contemporary and ephemeral and of divine values which would never change in the face of the mortal world, is interpreted as some sort of a “life energy” in Sarkis’s work. Sarkis has also revived his respect for Mimar Sinan to whom he makes references in many of his works, in this important work of his which he has realized for supporting Mimar Sinan University.
Sarkis’s “Golden Scaffold”, by continuing on its journey that started in Üsküdar in the Yarn Factory in Eyüp, emphasizes the art work’s “imaginary journey” that transcends the concepts of time and space. His “Golden Scaffold” that has been transported from one side of Istanbul to another with Galerist’s supervision, creates a different aura around itself in the new area where it is hosted. The new space of his “Golden Scaffold” is almost across from Süleymaniye that is Sinan’s masterpiece. Sarkis does not only re-interpret his work here but succeeds in making a reference to the concept of “memory” by transforming on the trail of geography and culture a concept he has thought/imagined for Sinan. For eyes that see.
Text by Dr. Necmi Sönmez, 2011