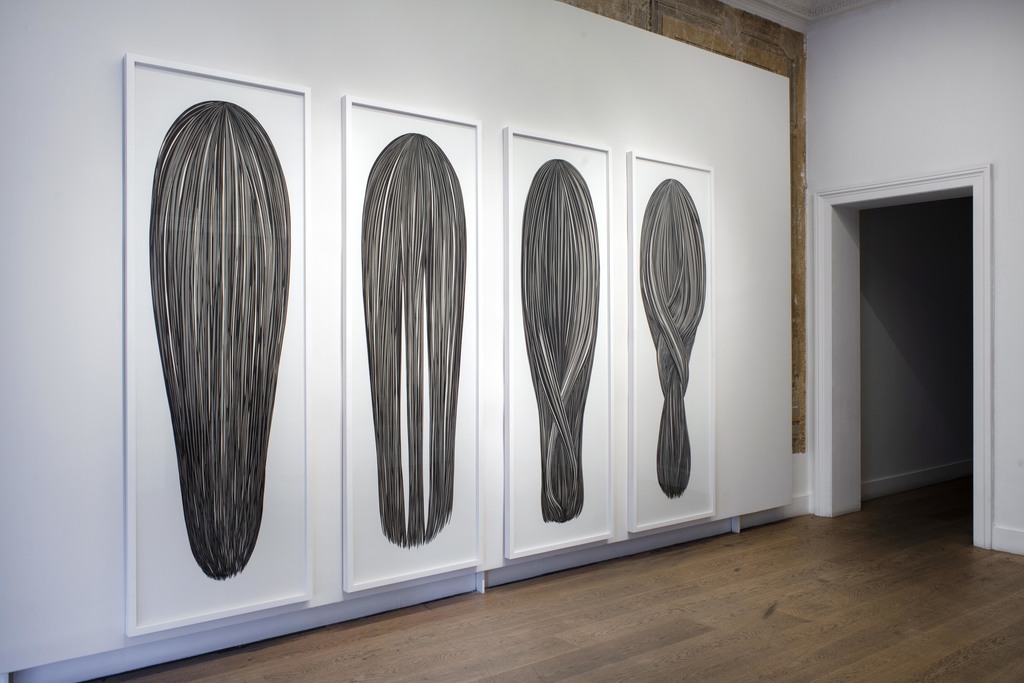 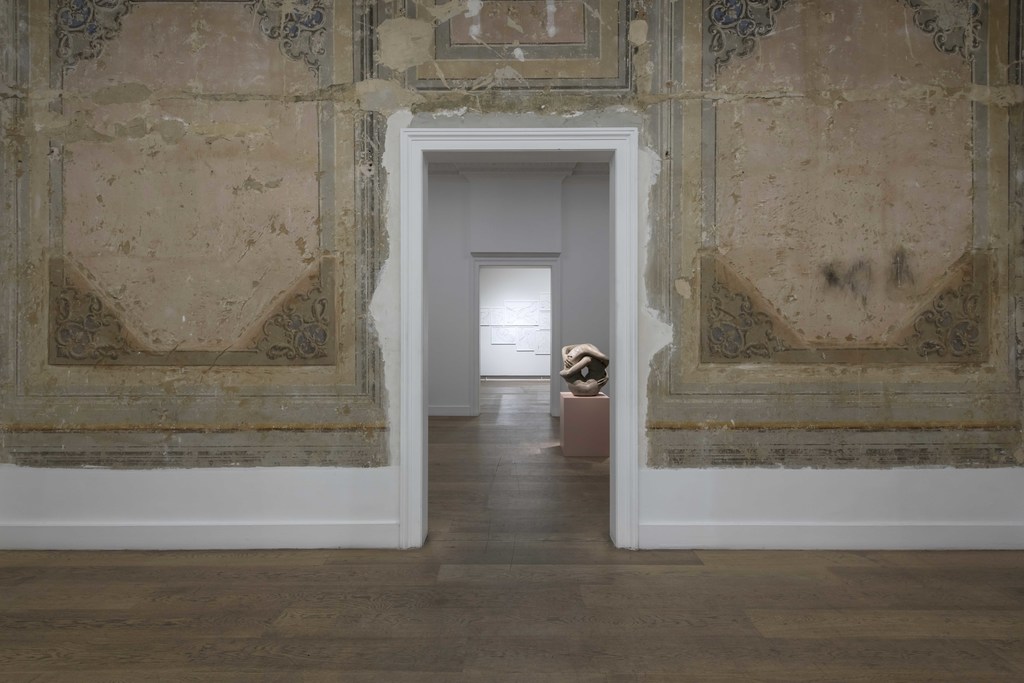 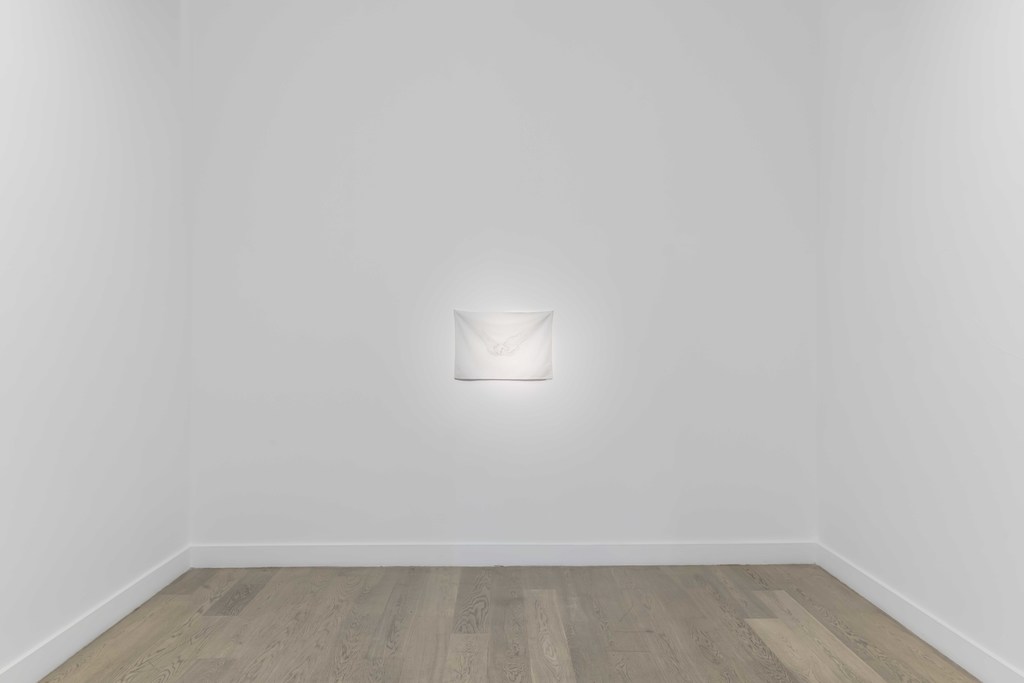 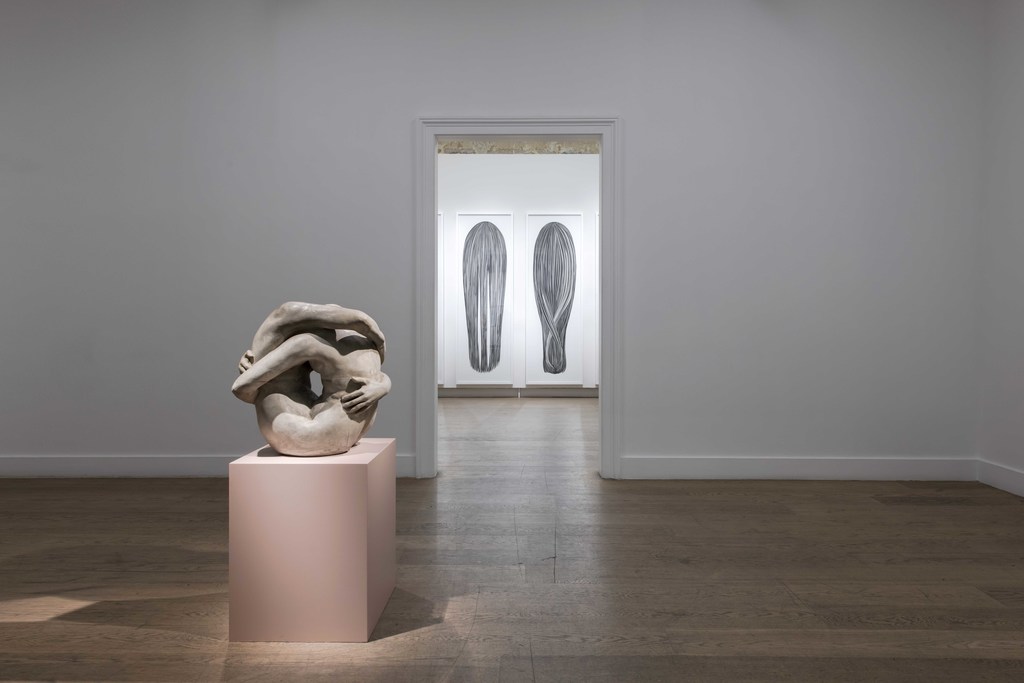 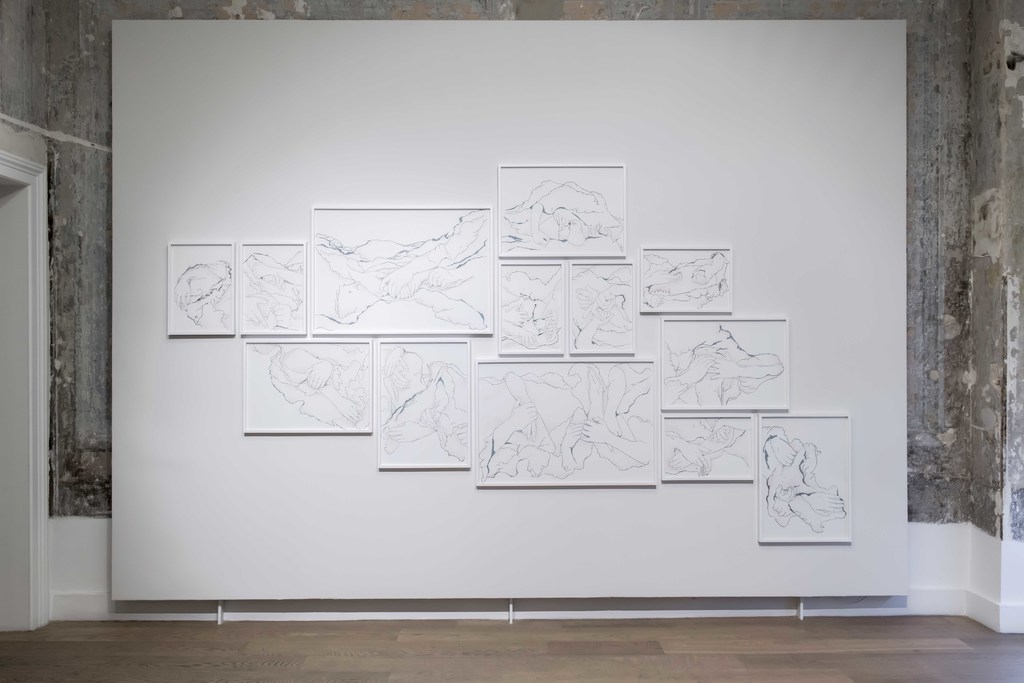 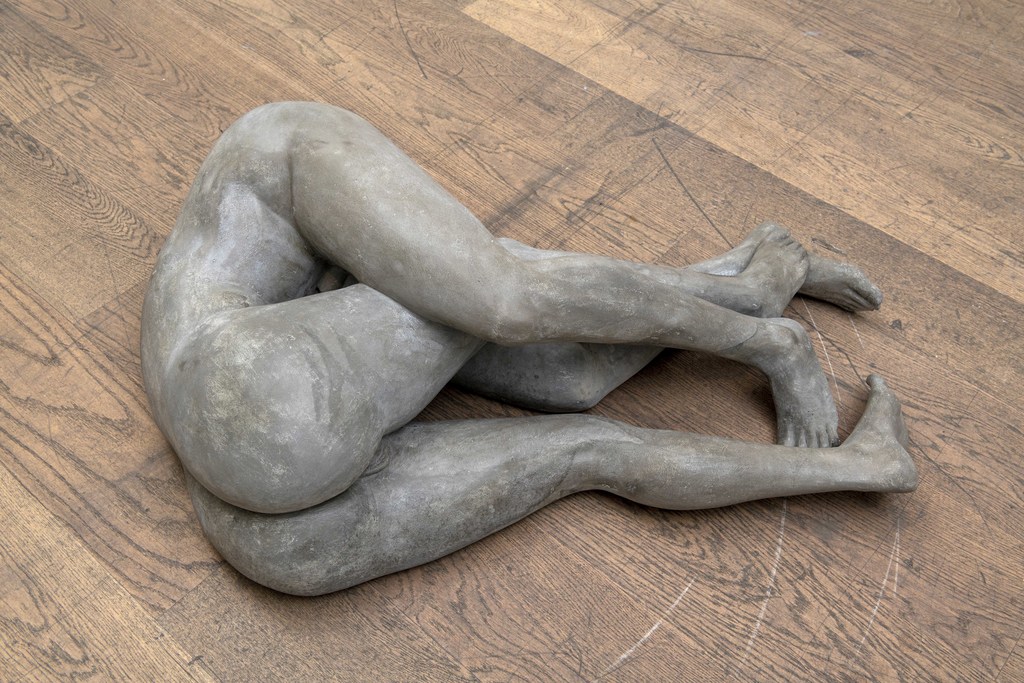 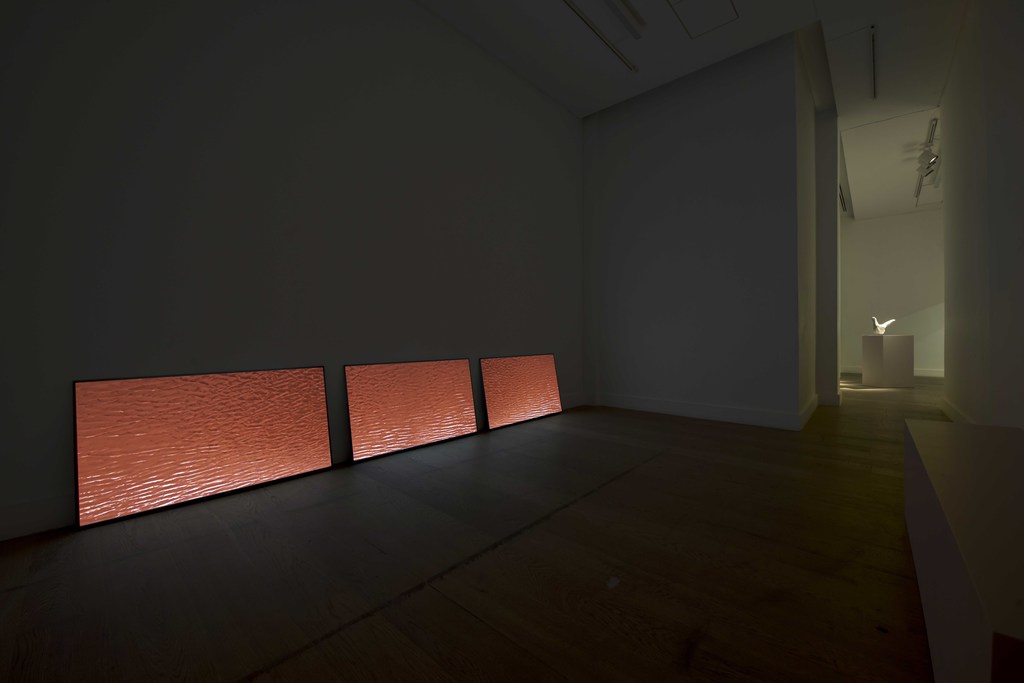 Galerist is pleased to present Ayça Telgeren’s fourth solo exhibition ‘Under My Skin’ between January 10 - February 15, 2020. Curated by Elâ Atakan, the new exhibition sees the indistinct dream world in Telgeren’s previous exhibitions becoming more concrete with a more casual approach. Body parts and other artifacts touch each other in the exhibition, which features works executed in a variety of techniques, including concrete sculptures, acrylic on canvas and video, as well as the artist’s signature cut-outs.

Putting touch at the core of the exhibition, Telgeren treats her family photographs with the hand cut-out technique that she has been using through the years. Disembodying the images and only focusing on the hands holding each other, Telgeren invites the viewer to reconsider the moments of contact that are now absent, and leaves us perplexed between the loss and the infinity of the compassionate touch. The artist embroiders on fabric and immortalizes a particular one of these moments with a strand of her own hair.

Knots as devices of memory in ancient civilizations, and knitting as a means of expression in societies where women are deprived of the ability to speak, play important roles in this exhibition. Mireille, a character with bob-cut hair who was associated with the artist in her childhood, and which she brought into her artistic practice earlier, is now replaced with braided hair as a way of expression and communication. The artist conveys these braids as unuttered calls, announcements, invitations and dismissals. The hand-cut braids tell of Telgeren’s transition from her imaginary world to the real, and her abstract lines, from imaginary creatures to bodied sculptures.

Telgeren’s sculptures are composed of directing, engaging, borderless bodies. The secrecy of touching is indicative more of the absence of the embracer than of its presence–more of desolation than of skin. Beyond sculpting bodies touching each other, the artist also leaves traces of her own touch.

In the video installation bearing the same title as the exhibition, the artist reflects a skin-like image of flowing rain. With this visual tranquility, Telgeren urges the viewer to consider what is enveloped under the naïve cover of the skin, the largest organ of the human body, enveloping the muscles, veins and the mass of the viscera with an elegant veneer. This video installation, described by the artist as “immobility and emotional triggering amidst motion”, along with sculptures of embracing limbs, cut-out hands and hair, depart from themselves, only to arrive back in themselves.

Inspired by George Bataille’s Story of the Eye, written in 1928, the works in this exhibition are defined by the artist as “islands of passion forming a single body uniting for passion”, and mesh into each other with passion beyond the tactile sense. ‘Under My Skin’, in which bodies and braids are interwoven with strands of hair and fabric, becoming embodied in their coexistence, can be seen at Galerist until February 15.