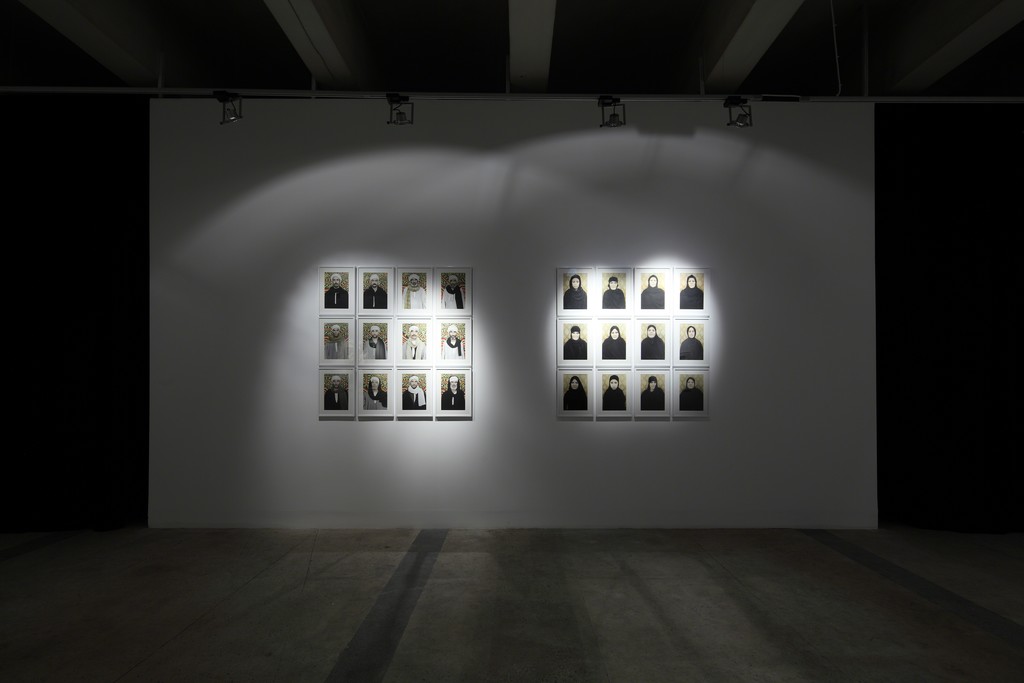 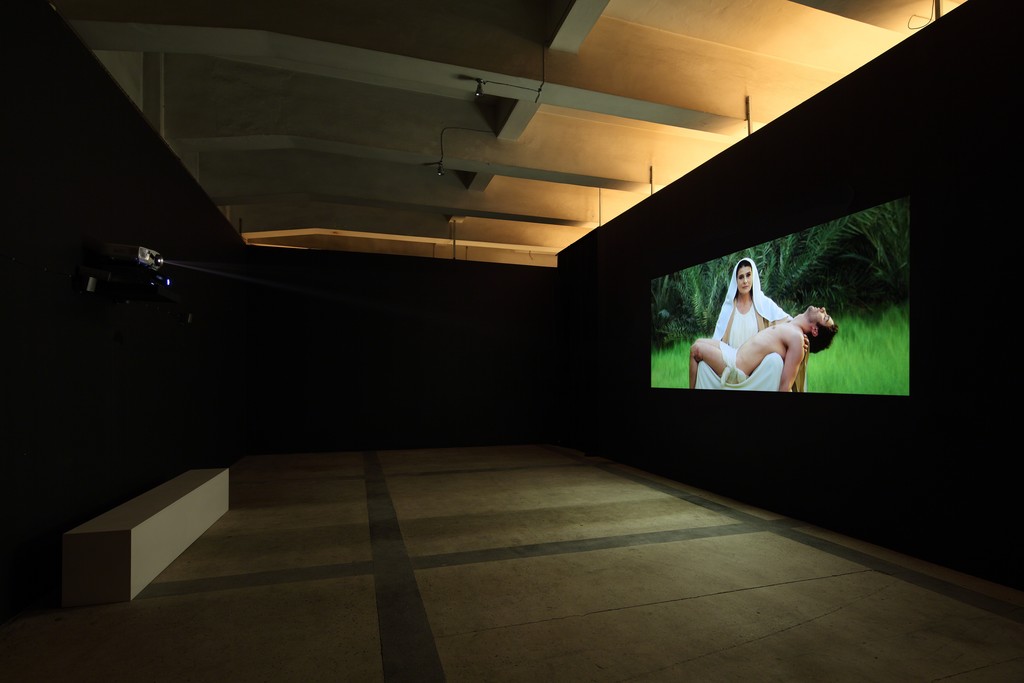 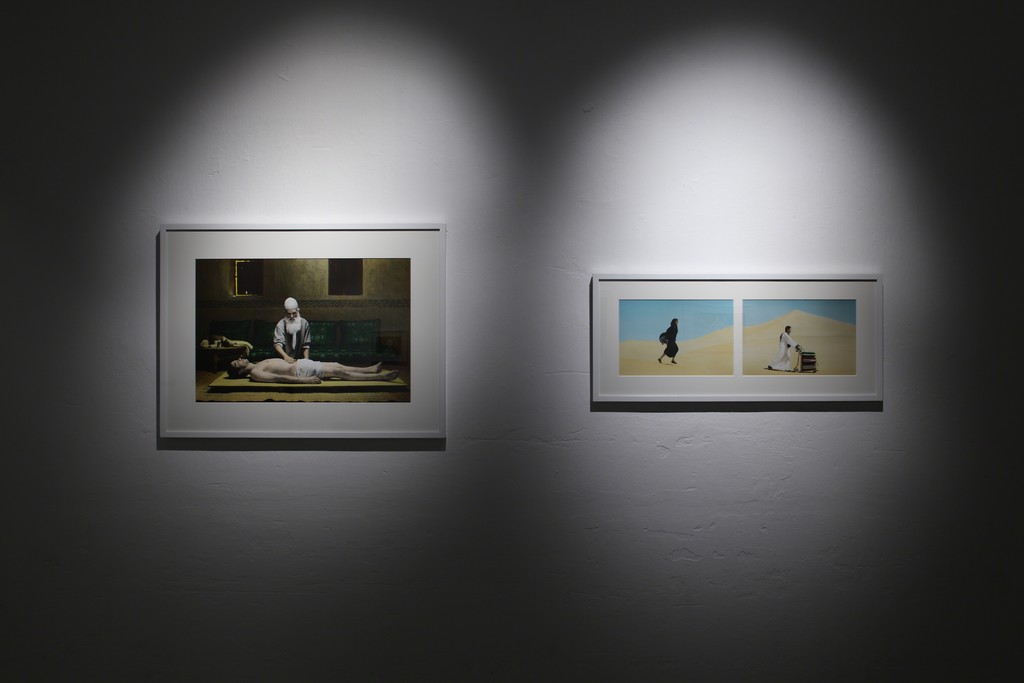 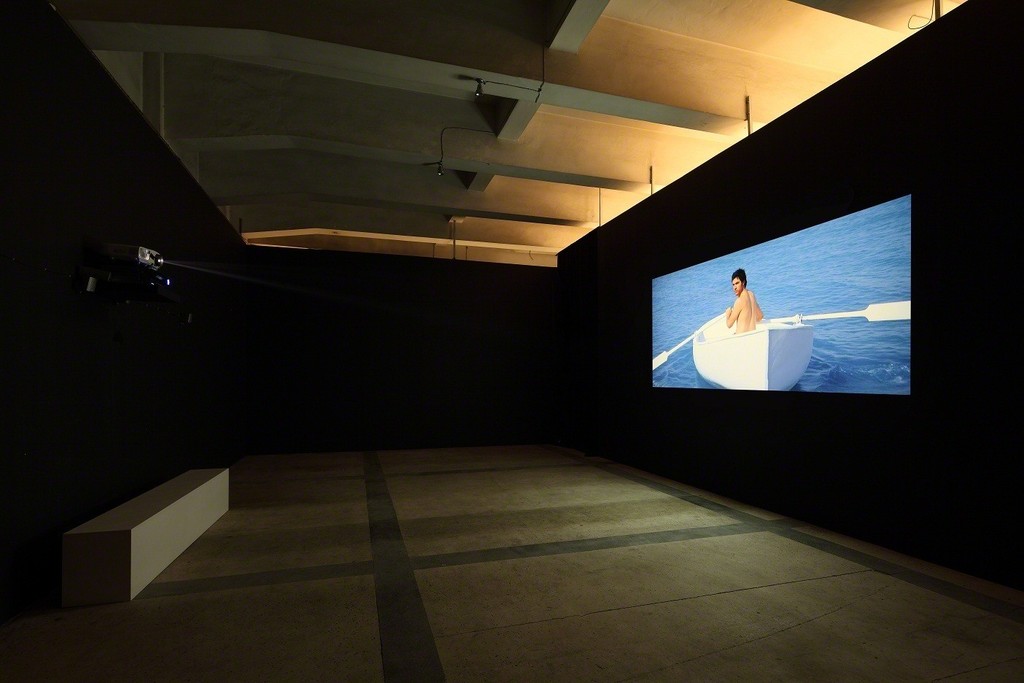 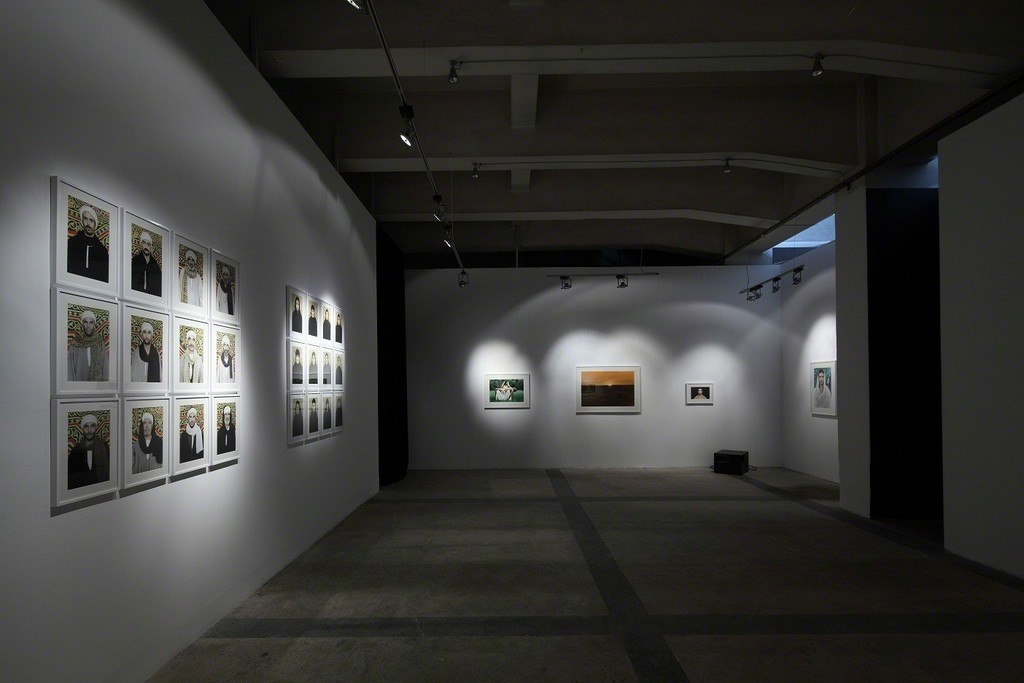 Galerist hosts the second solo exhibition in Istanbul You Never Left / Hiç Gitmedin by the Egyptian artist Youssef Nabil (Cairo, 1972). The exhibition by the artist preparing to present, besides his hand-colored photographs, his short film with Fanny Ardant and Tahar Rahim set in allegorical other place that is a metaphor of a lost Egypt can be visited between the dates of March 15 – April 28 2012 in Galerist Hasköy.

You Never Left represents a major turning point in the career of the artist whose entire body of work has been inspired by cinema. In this piece Youssef Nabil reverently and inventively revisits the aesthetic characteristics of Egyptian cinema’s golden age – the stars, Technicolor, the type of film stock – that inspired his own calling as an artist.

Fanny Ardant in an interview with the artist says “Cinema is the distillation of life”. You Never Left has the same personal, diaristic quality that we find in Nabil’s photographic work. The film shows a man (Tahar Rahim) who has left his homeland in pursuit of his destiny, which is also a movie script, poignantly confronting the mother country. Embodied here by Fanny Ardant as a sublime mater dolorosa, in this initiatory narrative Egypt becomes an inner region of the artist’s own self, his mental landscape. Displaying all the colourist talent of Nabil’s photographic work, You Never Left is rich in allusion and mystery, deriving great power from the tension between these and the hyper-realism of film. Its very form embodies the permanent oscillation between the desire for other places and nostalgia for what has been known. Sketching a parallel between exile and death, in You Never Left Youssef Nabil has created a genuine self-portrait in film, at once intimate and solemn.

Youssef Nabil observes his life as if he were in a cinema, watching and witnessing every minute of his own movie. When he realised, as a child, that many of his favourite Egyptian film stars were no longer alive, this kindled a desire to meet those who were still living and to immortalise them. In doing this, he created an imaginary reality that reflects both the paradoxes of the Middle East in our times and the fantasies and flamboyance of Egyptian movie stars in the cosmopolitan pre-revolutionary years.
Nabil began his art career by staging tableaux in which his friends acted out melodramas recalling film stills from the golden age of Egyptian cinema. Later in the 1990s, while working as a photographer’s assistant in New York and Paris at famous studios, he began a series of photographs of artists, portraying them in dream-like situations that were a long way from their public personas. On his return to Egypt in 1999 he has further developed his unique photographic approach, hand-colouring his gelatin-silver prints by taking portraits of authors, musicians and film stars from the Arab world and by removing the blemishes of reality he recalls the golden age of Egyptian cinema.
Nabil who has deorbited from the orbit in Egypt after settling in Paris and New York, started in recent years to work on self-portraits reflecting his fragmented life away from Egypt. These luminal images wander between worldly realities and calm dreams, loneliness and fame.
Nabil’s work has been presented in numerous solo and group exhibitions at venues including the British Museum, London, the Villa Medici in Rome, the BALTIC Centre for Contemporary Art in Newcastle, the Centro Andaluz de Arte Contemporáneo in Seville, Centro de la Imagen in Mexico City, the North Carolina Museum of Art, the Centre de Cultura Contemporánea in Barcelona and the Institut du Monde Arabe in Paris. Two monographs have been published on his art: Sleep in My Arms (Autograph ABP and Michael Stevenson, 2007) and I Won’t Let You Die (Hatje Cantz, 2008).
You Never Left / Hiç Gitmedin was first shown in the exhibition Told/Untold/Retold, held to mark the inauguration of the Mathaf in Doha in December 2010, and met with great critical success, establishing Youssef Nabil as part of a “New Wave” of Arab artists injecting fresh dynamism into the international art scene.