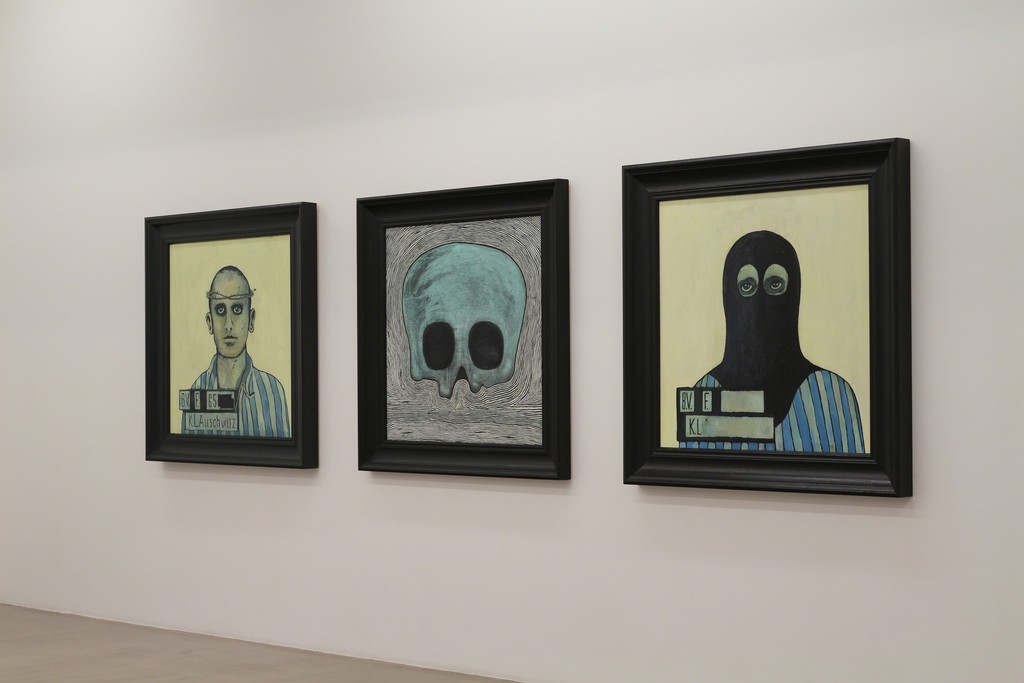 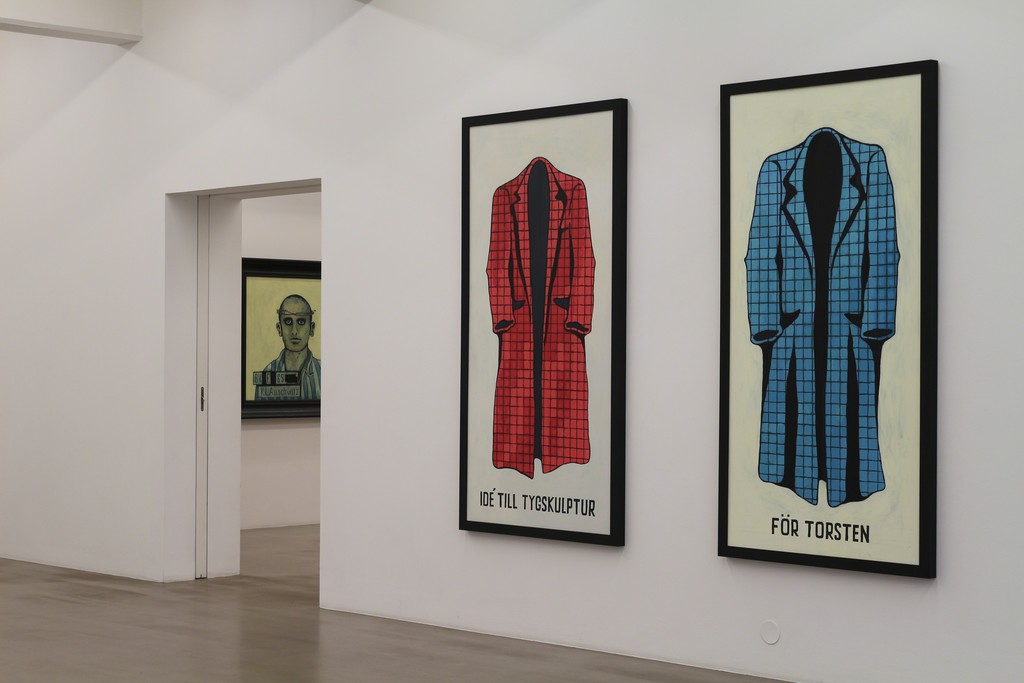 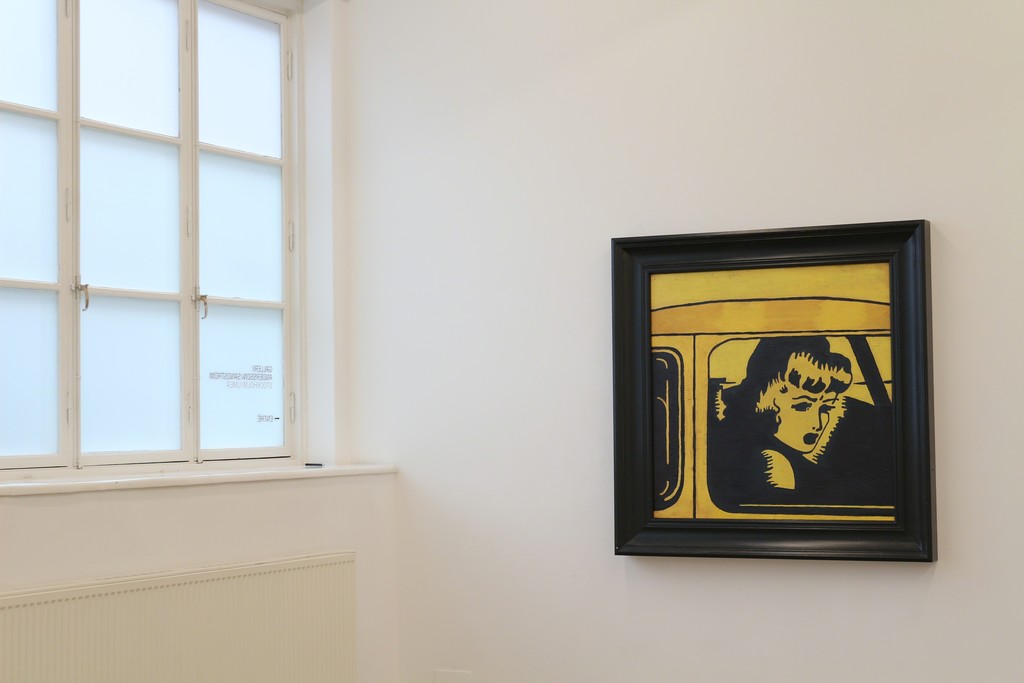 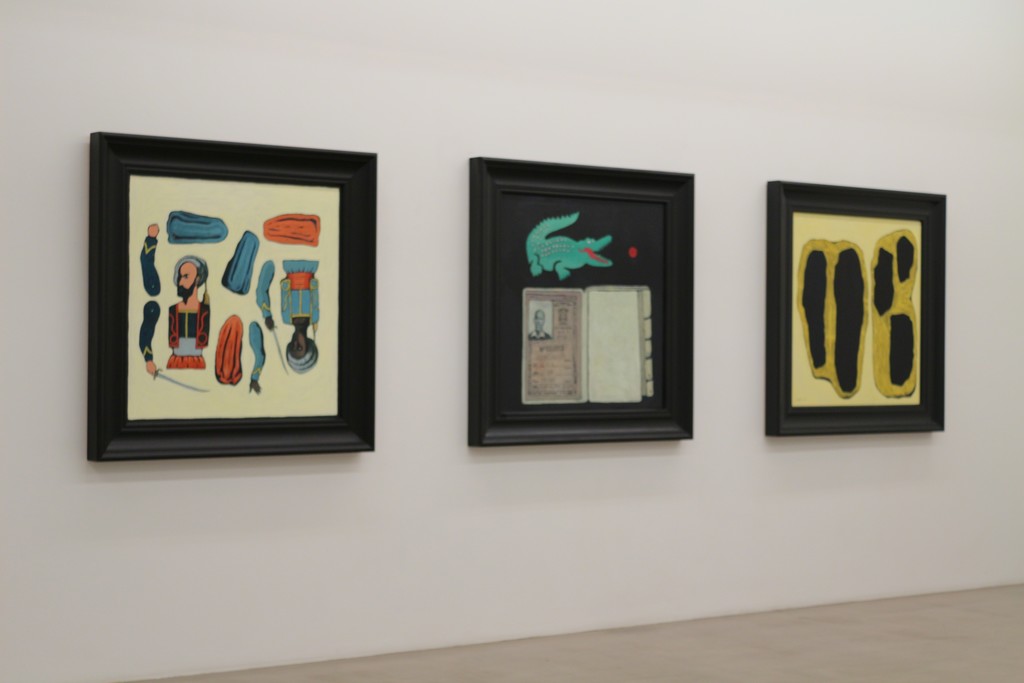 Galleri Andersson/Sandström is proud to present for the first time a solo exhibition by
Jan Håfström; one of Sweden's most significant artists. The exhibition A WORK OF ART IS NOTHING consists of new works where the mysterious Mr. Walker encounters the contemporary art world, or exists in environments with clear links to literature or art history. The fictional Mr. Walker is a frequent and recurring character in Håfström's oeuvres, in both paintings as well as in sculptures.

Kit Walker is a well-known cartoon character, The Phantom's alias, but he can equally be seen as Håfström's own alter ego, according to the artist himself. When Håfström was young, he often read The Phantom, and the impressions of these reading experiences have merged with personal childhood memories and images of Håfström's parents and grand parents.

The Mr. Walker series can thus be regarded both as a symbol of a child's escape from reality into the world of fiction filled with heroes and villains, as well as offering a reflective comment on the turbulent existence of our time. The actual character of Mr. Walker can be interpreted as a critical voice regarding the role of the modern man and his supposed ideals. What is masculine today? How and what should a man be; lonely and quiet, or as a good, yet distanced citizen?

Many of Jan Håfström works are closely related to literature and memories of novels that have been important to him. Before commencing the University College of Arts and Crafts in Stockholm in 1963, Håfström studied Philosophy and Literary Theory at the University of Lund. Some of his constant sources of inspiration, apart from The Phantom, are the classics Robinson Crusoe by Daniel Defoe, The Mysterious Island by Jules Verne and Heart of Darkness by Joseph Conrad. One specific work of art that particularly fascinates him, which he also often returns to, is the painting Island of Death by Arnold Böcklin. Reflections on chronological time, and as a direct consequence follow thoughts on death, are constant themes in Håfström's oeuvres.

Jan Håfström is considered one of Sweden's most prominent artists and has since his debut in 1966 held numerous exhibitions both in Sweden and on the international arena.
He has represented Sweden at the Venice Biennale four times: 1980 (together with Ola Billgren), 1990, 2003 and 2009. Håfström attended the start-up of PS1 in New York
and has received a variety of prestigious prizes and awards including the Carnegie Art Award in 2001, the Swedish Visual Arts Fund in 2007 and City of Stockholm's honorary award in 2009.

He is widely represented in the North; at Moderna Museet and Nationalmuseum in Stockholm, Gothenburg Art Museum, Astrup Faernely Museum, Hovikoddens Kunst and Heine-Onstad Kunst Center in Oslo, Kiasma in Helsinki, and the Museum of Art in Kiel and Lübeck.