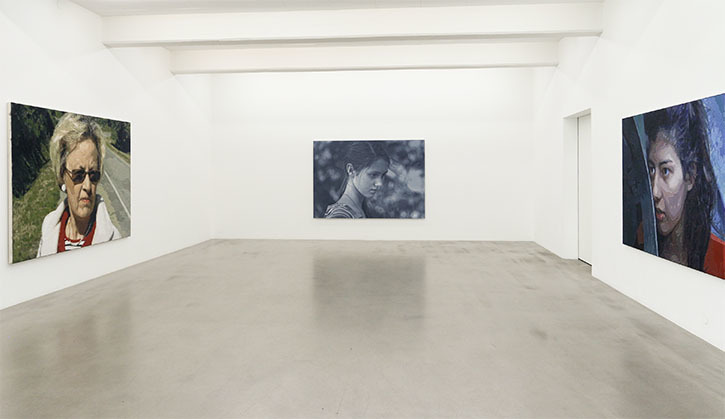 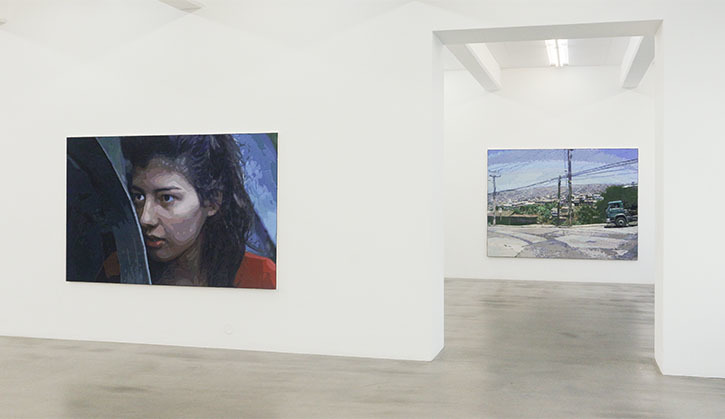 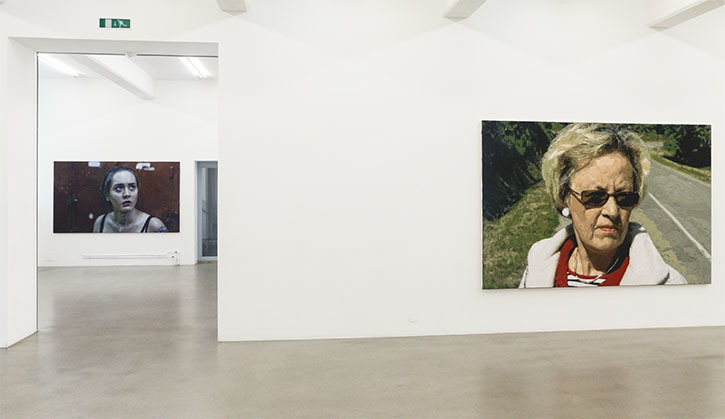 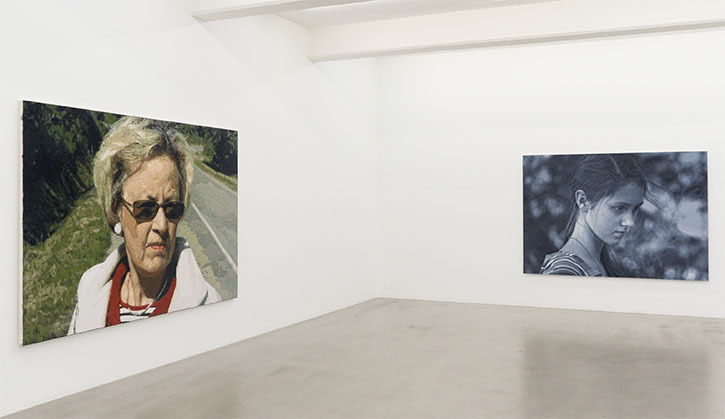 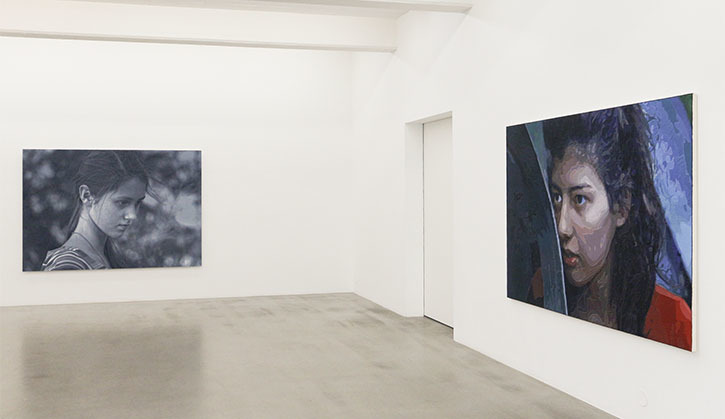 Galleri Andersson/Sandström is opening the autumn season 2016 with the internationally renowned artist Ramazan Bayrakoğlu (b. 1966). Bayrakoğlu’s artistry is centred on images. The starting point of the large-scale works by the Turkish artist is at first sight ordinary photographs of unknown places and people. The works are made up of either textiles or plexiglass with time-consuming work behind it, creating an illusion of a painting or a photography. This is the first time Bayrakoğlu’s works are being shown in the Nordic countries and it is his first exhibition at Galleri Andersson/Sandström.

In the transformation from a photo, the artist has devised two different working methods. In an advanced patchwork technique the artist cuts and dyes small individual pieces of fabric, embroidered onto cloth, to re-create an over-dimensioned image. In the other technique, the image is built up by hand painted laser-cut pieces of plexiglass. The human touch in the works of textile such as visibile seams and threads left hanging stands in contrast to the precision of the works in laser-cut plexiglass. Each work has a production length of approximately two to four months. This exhibition shows mainly textile pieces but also one of the artist’s works in plexiglass (Sena, 2015).

“My objective is to define the tension point that appears when a photographic image, by nature immaterial, is confronted with the overwhelming force of a materia, with all its possibilities to express itself. To me, the incarnation of the photograph in a material opens its voice to unexplored fields. (…) Especially in my work in plexiglass, I am aiming for creating an impression of a photograph moulded by hand.”

Most of the works shown at Galleri Andersson/Sandström are unknown faces and places hard to identify. This creates an uncertainty to the viewer. The ordinary motif is easy to recognise but hard to place.

It is almost impossible to stand still in front of a work by Bayrakoğlu. The viewer finds themself in constant movement back and forth to decipher the large surface with the detailed work. The contrast between the motif and the material used, creates a dialogue between the present and past, between memory and reality.

Ramazan Bayrakoğlu was born in 1966 in Balikesir, Turkey and is based in Izmir. He has long been a well-established name in Turkey. In 2015 he had a large solo exhibition at Galleri Lelong in Paris and during last year his work has been shown at major art fairs such as Armory Show. One of Bayrakoğlu’s most acclaimed works in plexiglass (Fire, 2010) is part of Istanbul Modern’s permanent collection. Bayrakoğlu’s works are also represented in many private collections.