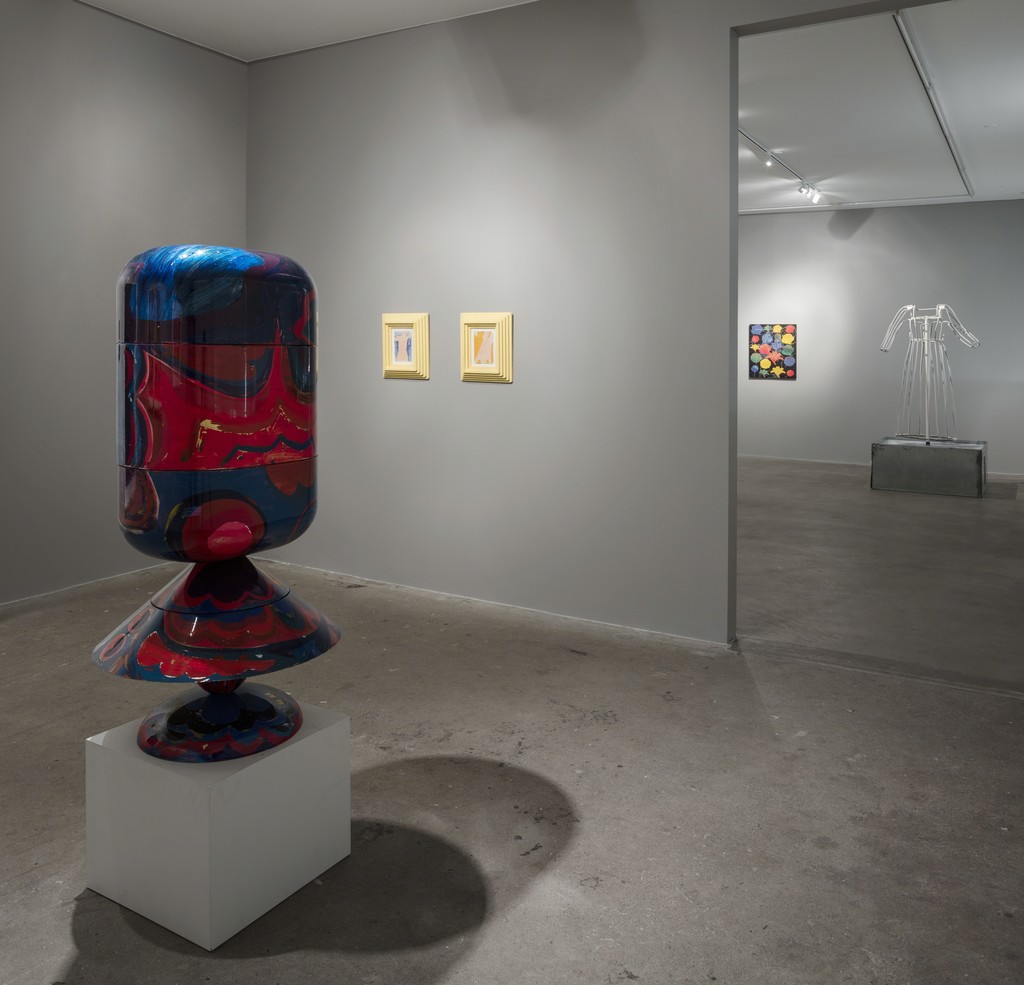 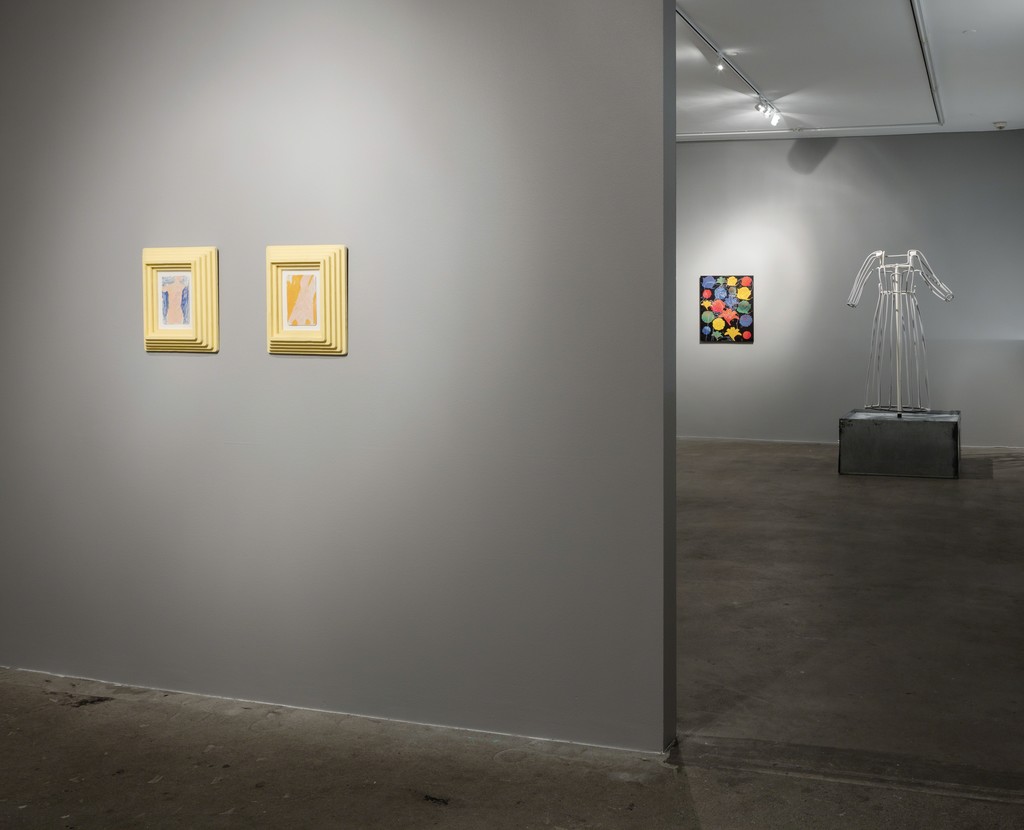 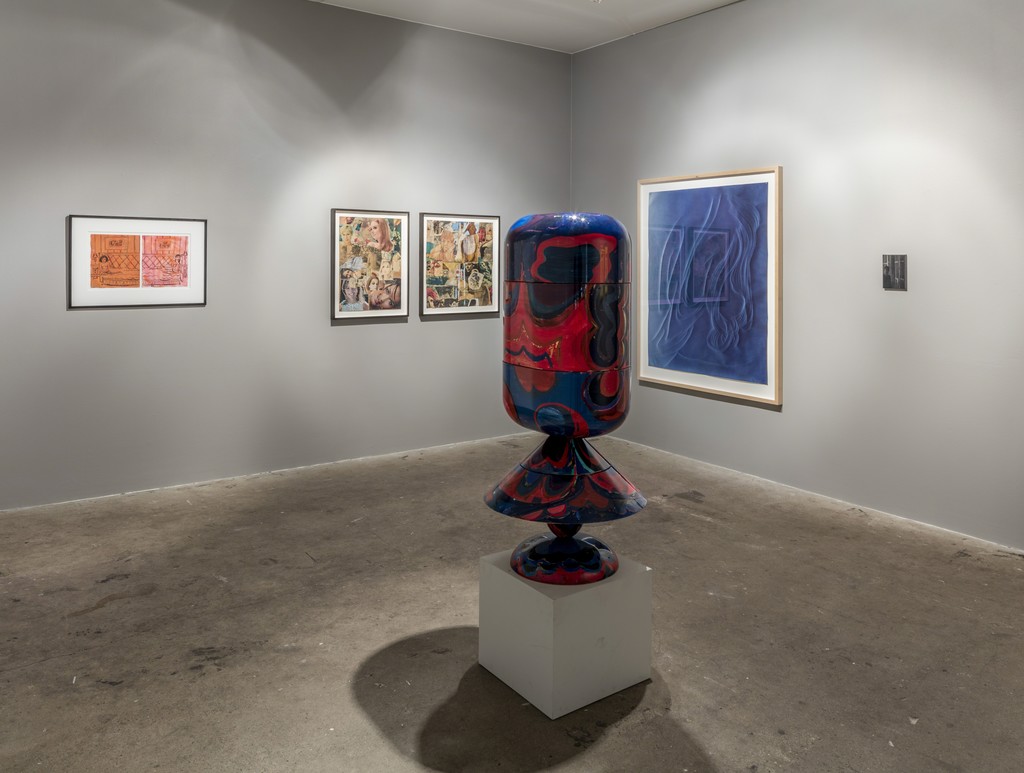 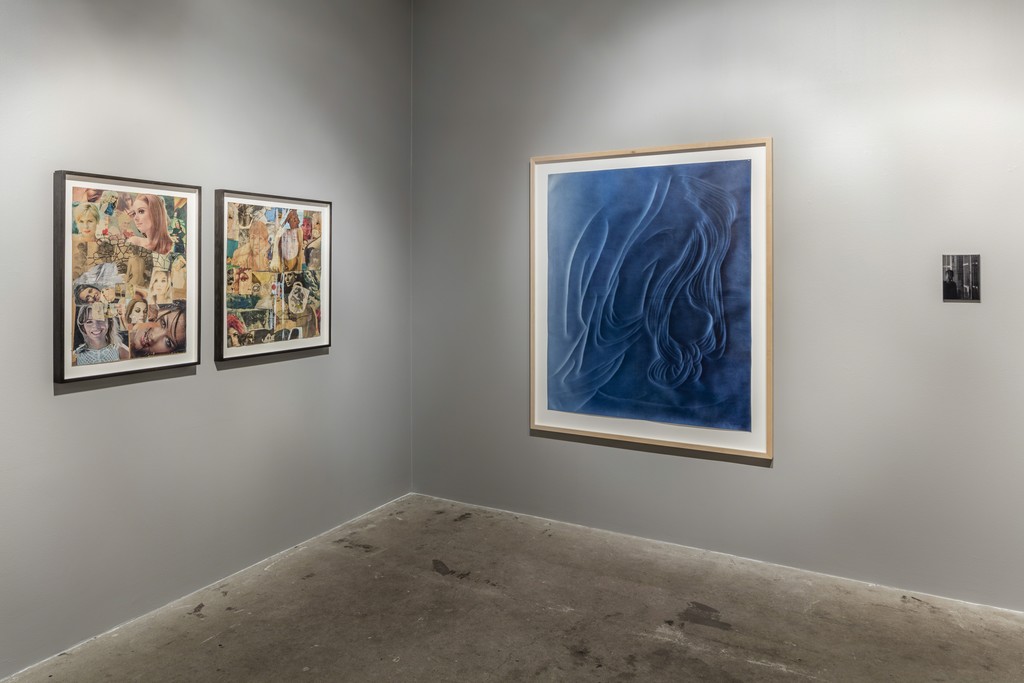 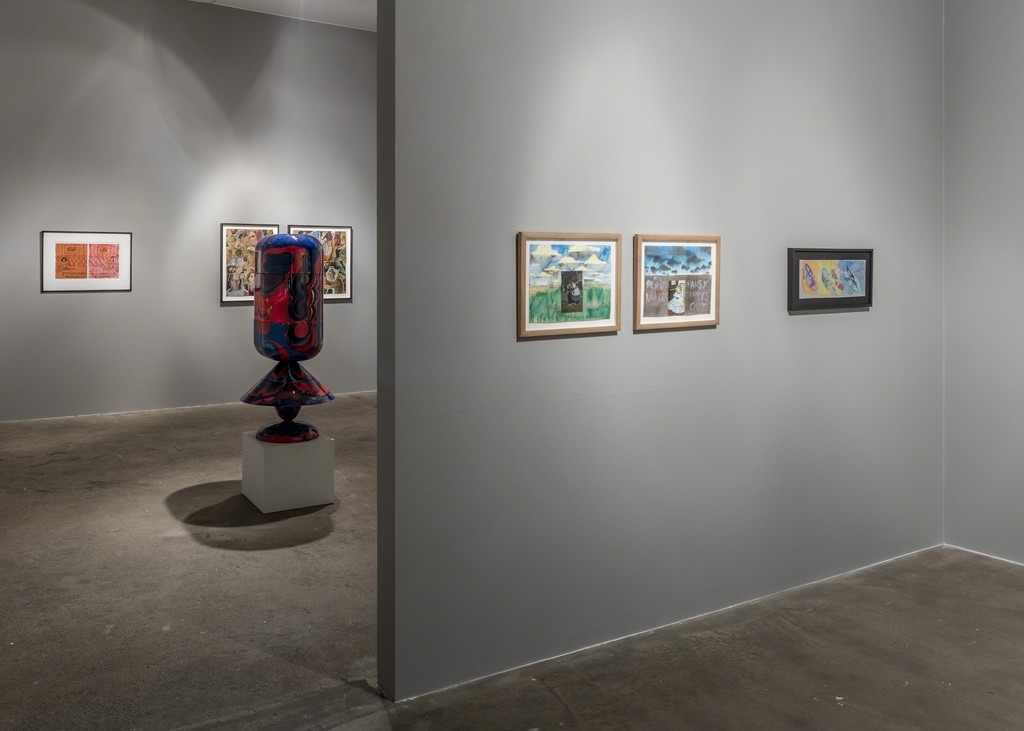 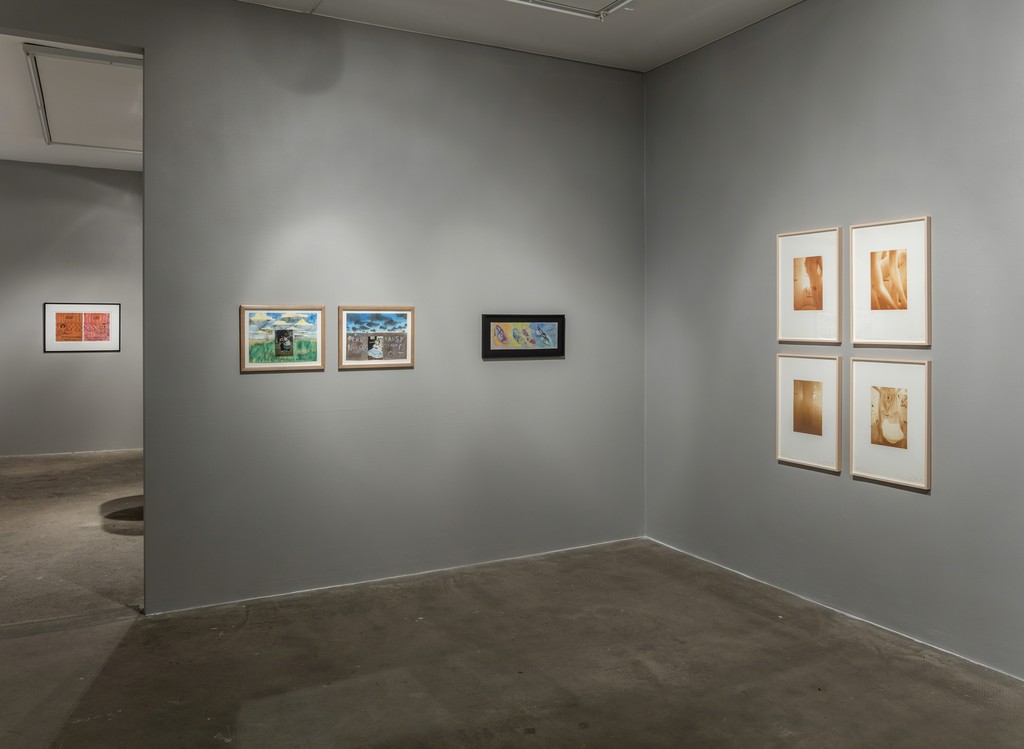 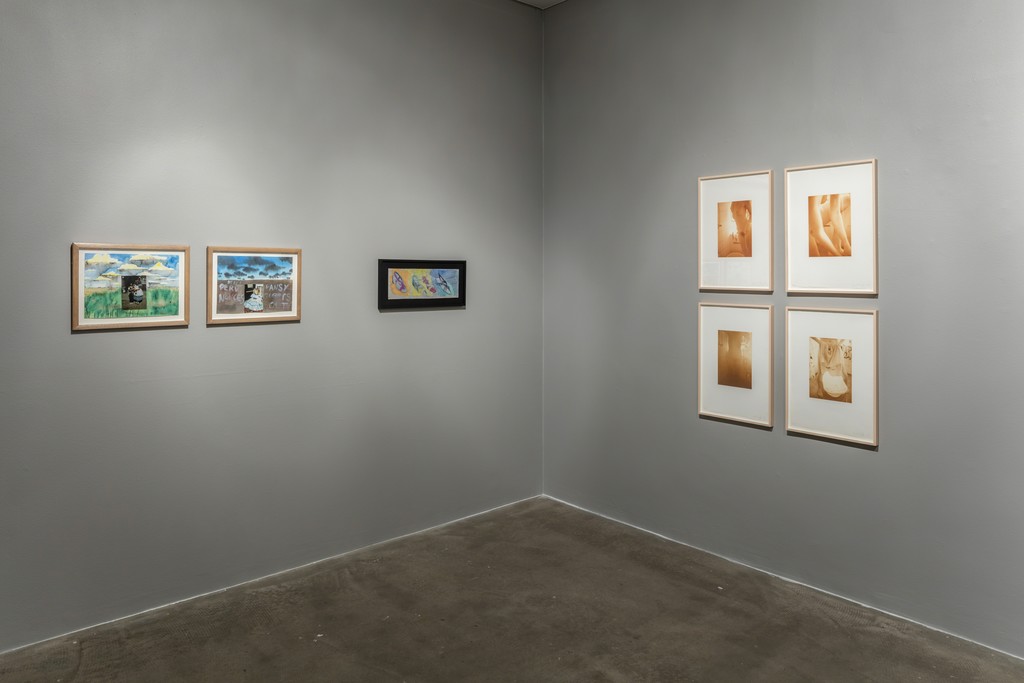 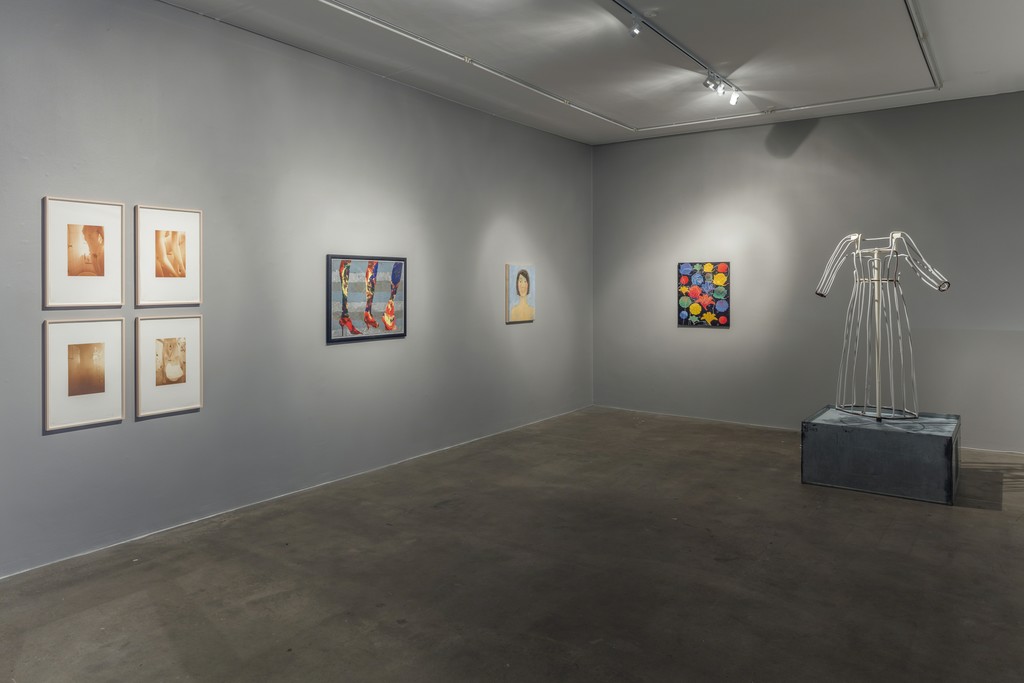 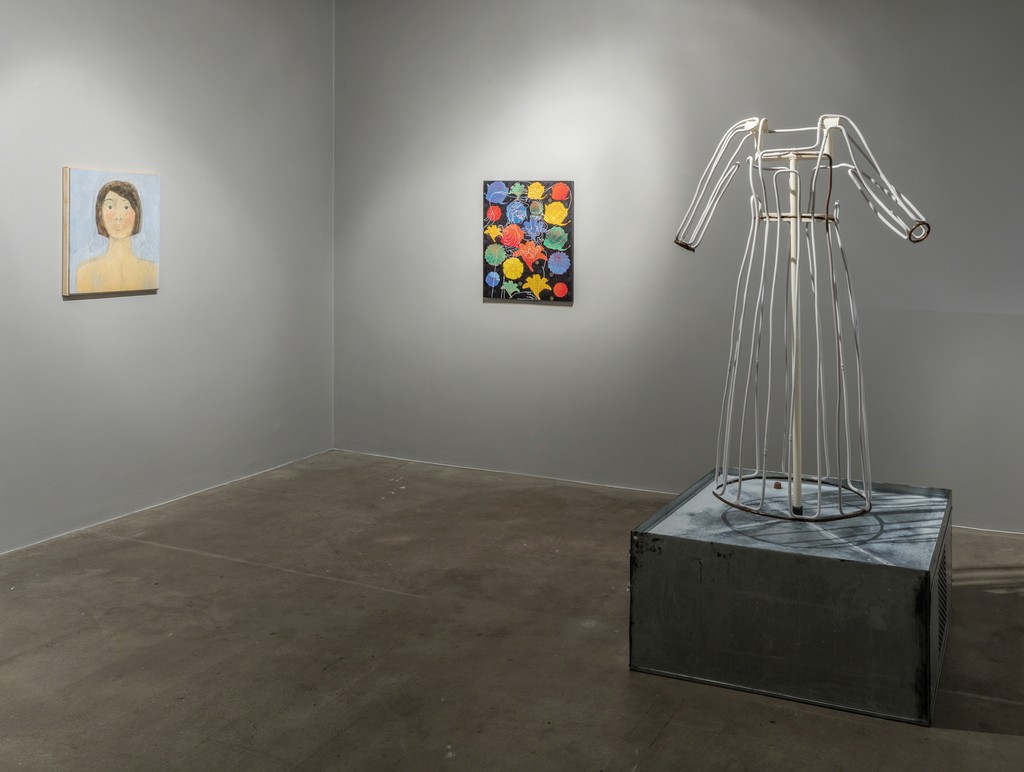 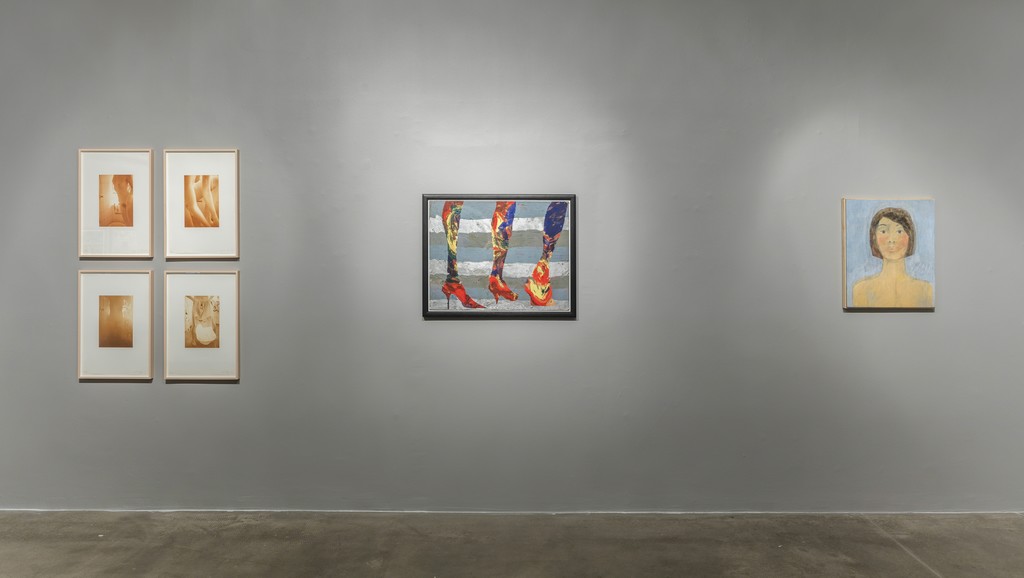 On Wednesday 19 August, Galleri Bo Bjerggaard opens the group exhibition Eva, Pamela, Victoria… in the gallery’s east-facing rooms. The exhibition is the first of two curated by Anna Margrethe Pedersen and Bibi Saugman showing portrayals of woman and man, respectively, in art over the past 50 years. In Eva, Pamela, Victoria ... it is the woman as motif that is in focus, and the exhibition will present paintings, drawings, collages and sculpture.
The oldest works in the exhibition are the masonites by Per Kirkeby (b. 1938) of women’s shoes (1963) and women’s legs (1964), followed by his collages of pictures of women taken from various newspapers and magazines in the late 60s. The works are typical of the period, while at the same time Kirkeby’s black line playing around on the collages looks familiar and recognizable.
Over the past few years, Tal R (b. 1967) has begun to include the woman’s portrait in his artistic oeuvre. In addition to the bisected pink drawing Y&T (2015) of two women on separate bedsides, visitors to the exhibition will also encounter the wooden sculpture Pineapple (2012), a Betty Boop-like figure in a crinoline who welcomes the guest in strong colours and hi-gloss varnish.
Kirsten Justesen’s (b. 1943) two-metre tall sculpture of refrigerator elements, ICE DRESS #1 (2002), hums coldly and softly from the exhibition’s second room. A dress of frost and ice like something out of a fairy tale – an ice queen which, along with its brutal and exposed construction, is perfect for the setting of the Meatpacking District.
For the exhibition, we have also invited a few foreign artists that the gallery has not shown before, including the Japanese artist Chie Fueki (b. 1973), who has created a portrait of a woman, Elizabeth (Black), a slender white contour on a black wooden board, which, adorned with colourful flowers in yellow, red, blue and green, alternately appears and disappears to once again vanish like a ghost in the night.
Another invited artist is Guy Rusha (b. 1983) from the UK, who has worked for some time with portraits of woman and women’s attributes, preferably in very small, very intimate formats. This is also the case in his paintings BB and Denmark (2014), which have the character of objects in their bright yellow, pyramidal staircase frames. The small nude subjects are frivolous and unrestrained in their lines, like the soft, ice-blue portrait Nu Nude (2015), in which a young woman with pink apple cheeks and brown almond-coloured eyes stares frankly back at the viewer.
The intention of the exhibition Eva, Pamela, Victoria ... followed by Adam, Andy, Alexander ... has not been to present a gender agenda. The aim has rather been to reveal some small glimpses, a shimmering snapshot, of man and woman, on the basis of works by some of the artists the gallery works with. The cuts, choices and rejections that have been made are grounded in formal and content-related “couplings” that we have found interesting, across generations and themes.
The possibility that this may still catch up with us, and the two exhibitions end up presenting a ‘classic’ man/woman dichotomy, in which the woman is the passive spectator who is observed, while the man does and acts, can by no means be rejected, as Maria Kjær Themsen points out in the accompanying catalogue text. With the interesting juxtapositions we have conducted, we probably confirm and reproduce a very old gaze in the exhibitions. We keep on the very spectacles that we initially seek to reject. Perhaps this soul-searching may serve as an admission ticket for the individual viewer in the encounter with the many men and women at the exhibitions.
Everyone is welcome to the opening reception on Wednesday, 19 August from 6:00 pm-9:00 pm, when the gallery will simultaneously be opening its second solo exhibition by the German artist Daniel Richter. On this occasion, we have asked our neighbour Gorilla to hold a BBQ on our terrace with wine from Vinova and beer from Carlsberg. For further information, and to obtain photographic material on Eva, Pamela, Victoria ..., contact Bibi Saugman by e-mail at [email protected] or tel. +45 5196 5096.