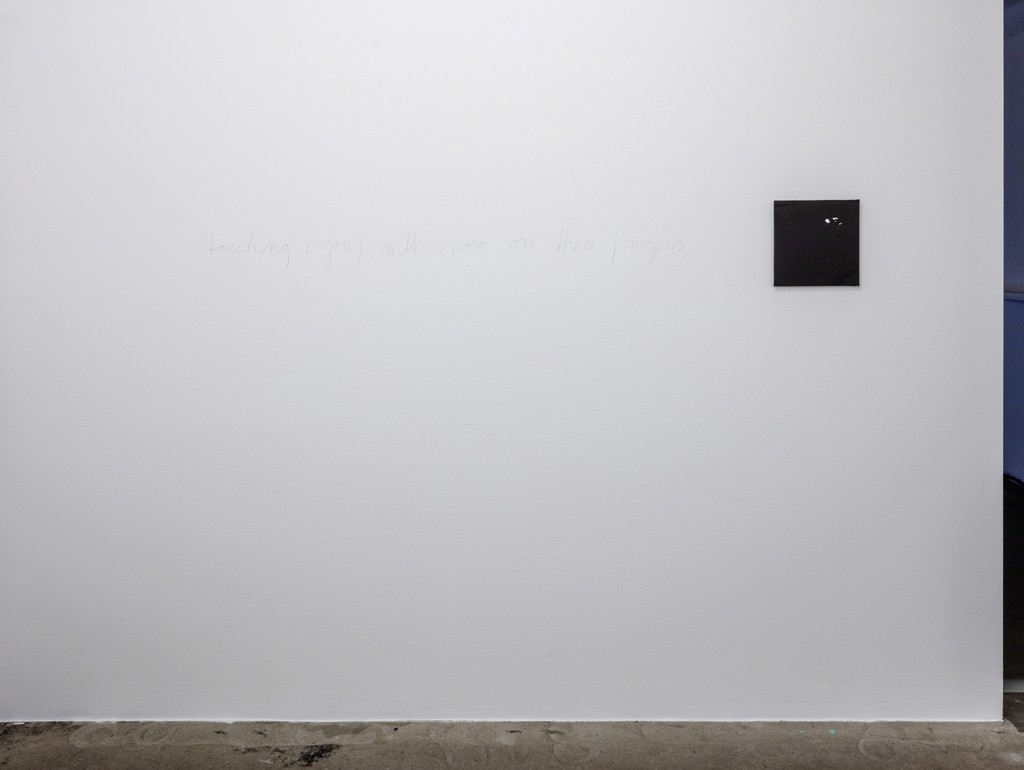 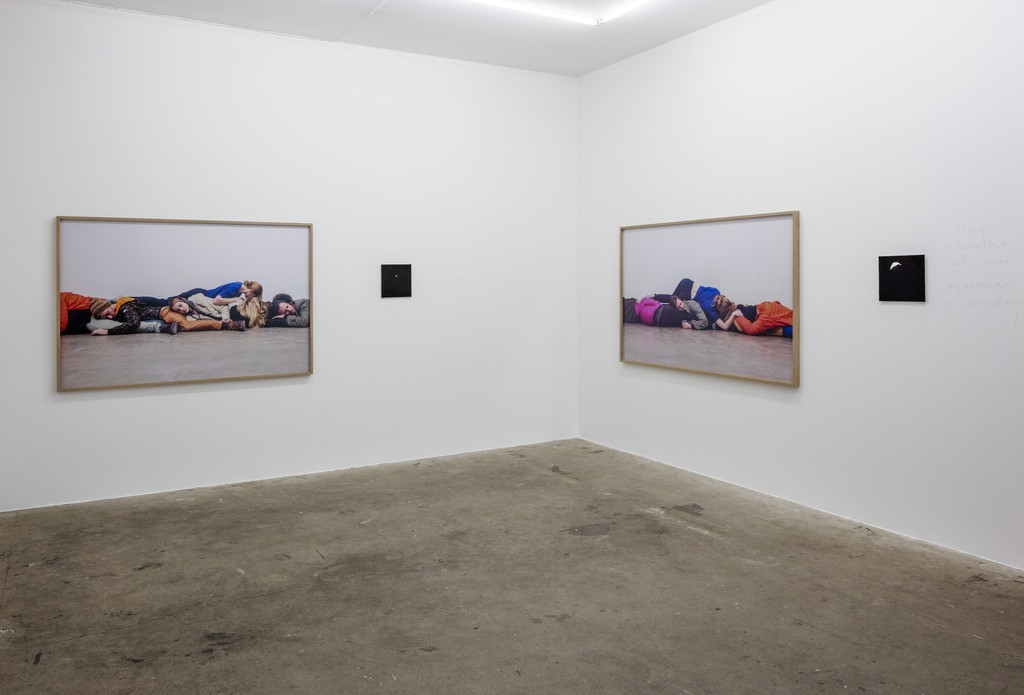 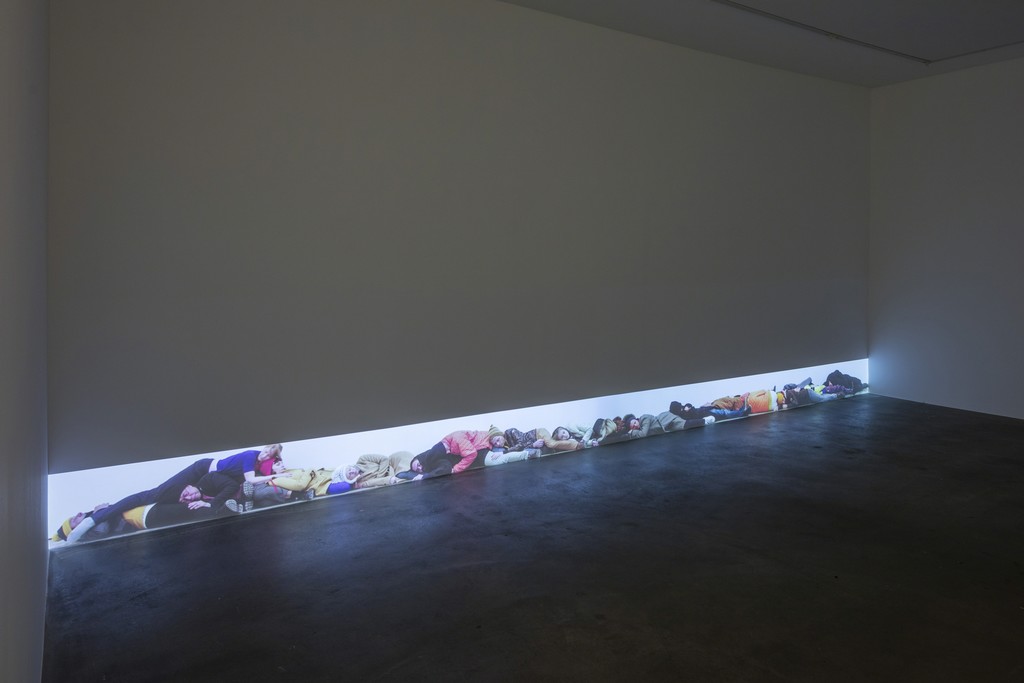 On Wednesday 30 August 2017, Galleri Bo Bjerggaard will open its fourth solo exhibition with the Norwegian visual artist A K Dolven (b. 1953). The exhibition what do I do with the world will present the video installation A Other Teenager from 2016, two photographic works of the same title, and three new paintings from 2017.
what do I do with the world is an exhibition that deals with topics like human touch and human contact in our time. Gentle, intimate touch is the focus of the video-based A Other Teenager, in which the performers are placed in close physical contact with one another. A Other Teenager is a 31:31 minute video that shows eighteen people lying on the floor in a long chain, half-woven into each other. Slowly and almost imperceptibly, a young woman crawls across the chain of people and eventually disappears out of the right-hand side of the picture. The only person in the row of people who has her gaze directed towards us, as the observers, is a teenage girl located centrally in the picture. The video’s soundtrack is a composition by guitarist Stian Westerhus, composed on the basis of conversations between him and Dolven about the times in which we live. The music is ‘real sound’ – i.e. it was played for the first time during the recording, which took place in a single take. As always in Dolven’s works, the performers are all persons with whom she has a prior relationship, either as family members, friends or neighbours.
In the work touching (you) with snow on my fingertip the human trace of the artist’s fingertips represents the actual motif in this intimate oil painting on aluminium. The series of works has a gentle and poetic title, and possesses the appearance of a caring gesture.
A K Dolven was born in Oslo in 1953, and now lives and works in Lofoten and London. She graduated from the École National Supérieur des Beaux Arts in Paris in 1979. A K Dolven’s works are represented in several major international collections, including the Art Institute of Chicago, IL, the Louisiana Museum of Modern Art, Humlebæk and the Tate Archive Collection, UK.