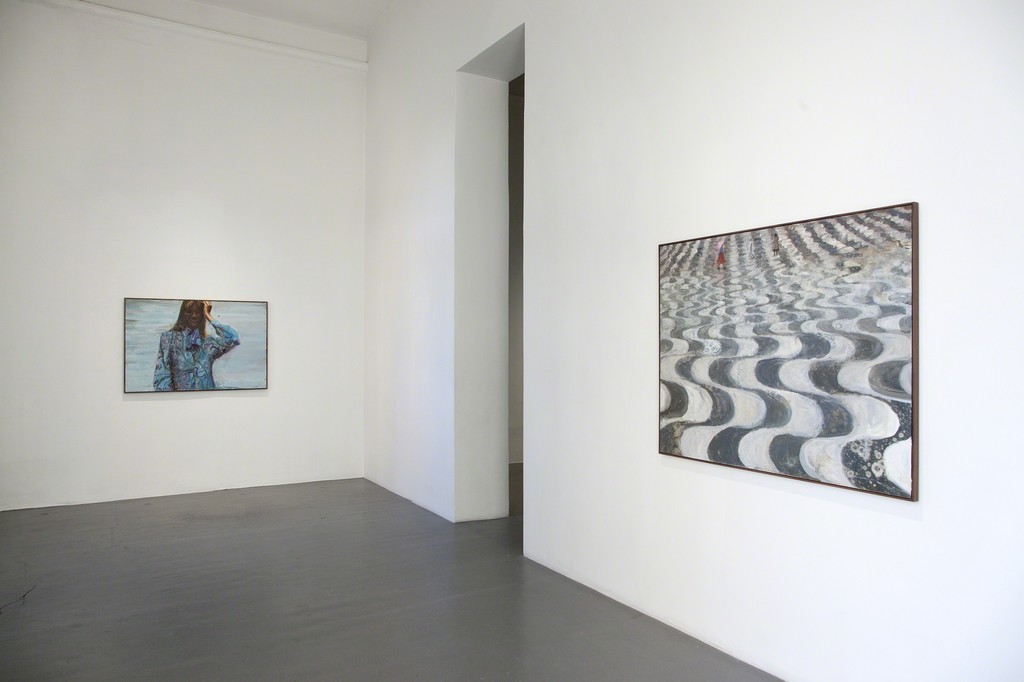 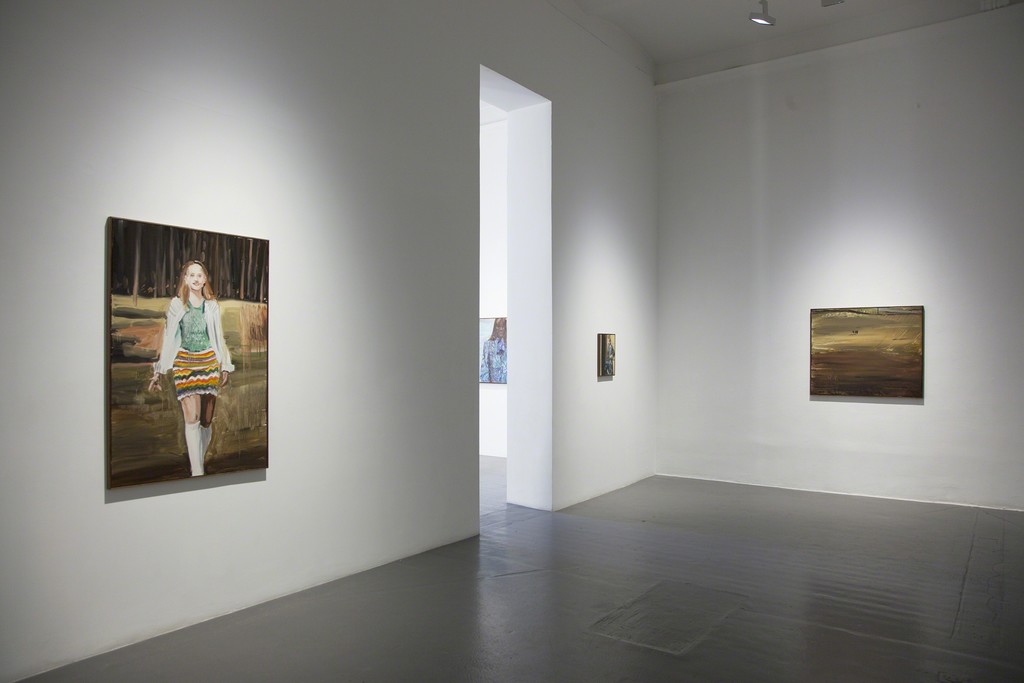 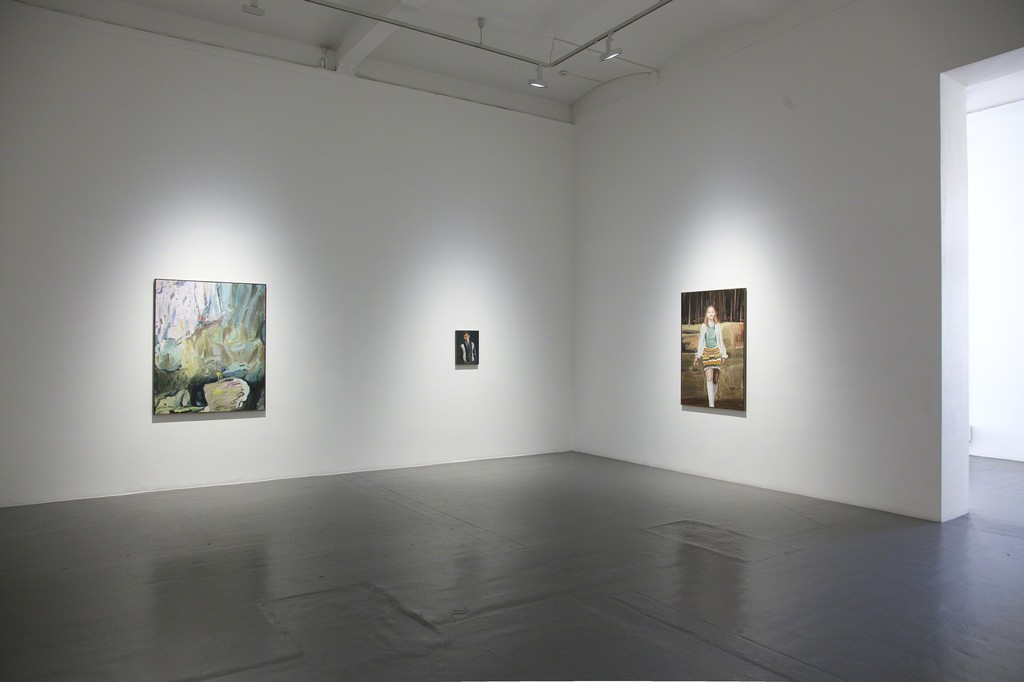 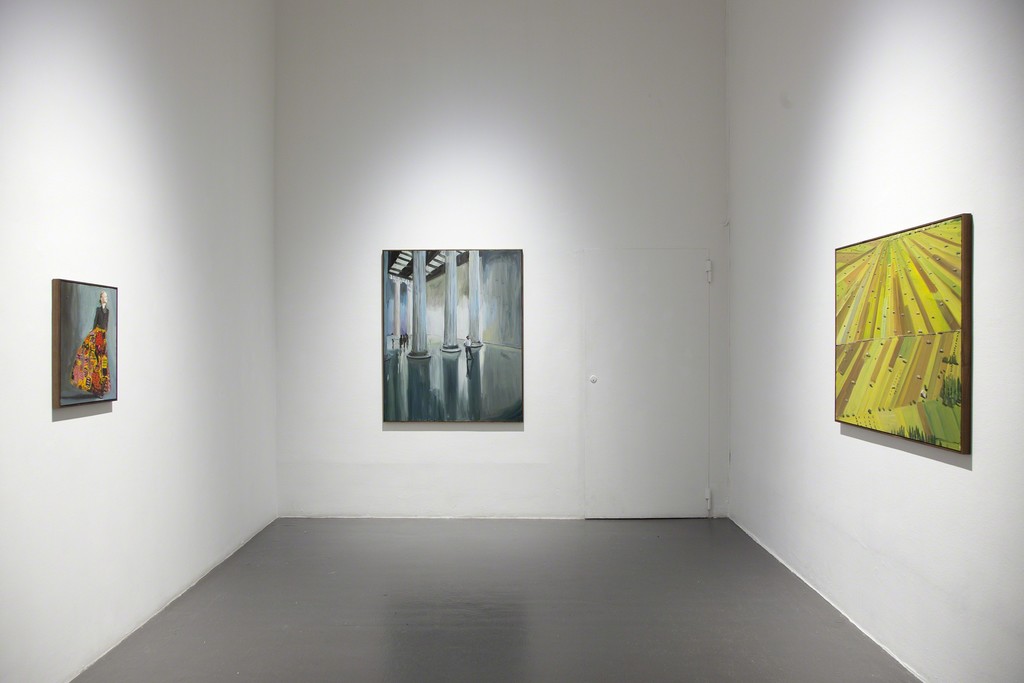 Anna Bjerger transforms forgotten and anonymous images from outdated photographs through a fluid and painterly touch. Both intuitive and strategic she uses her medium as a means to explore and dissect specific qualities within her chosen image. The flowing and assured handling of the paint reveals the physicality and mood of her subjects by allowing her to emphasise certain elements and push them far from their photographic starting point. Although the images are diverse, the working process allows themes and ideas to emerge that form a cohesive thread that runs through the exhibition.

I think of the process as a way to decipher an image. I want it to be an intuitive and almost subconscious action. It is a balancing act in which I allow myself to be bolder in my interpretation of the photograph but I also have to be alert since the composition is constantly threatening to collapse.
Anna Bjerger

The new paintings play with larger abstract surfaces and patterns that reference nonfigurative languages within painting, but small details are illuminated and root the image in an implied physical space. This ’balancing act’ allows the works to sit on a knife edge that suggests various possibilities within painterly language. Whilst the image is never allowed to tip into pure abstraction the figuration exists beyond logic.