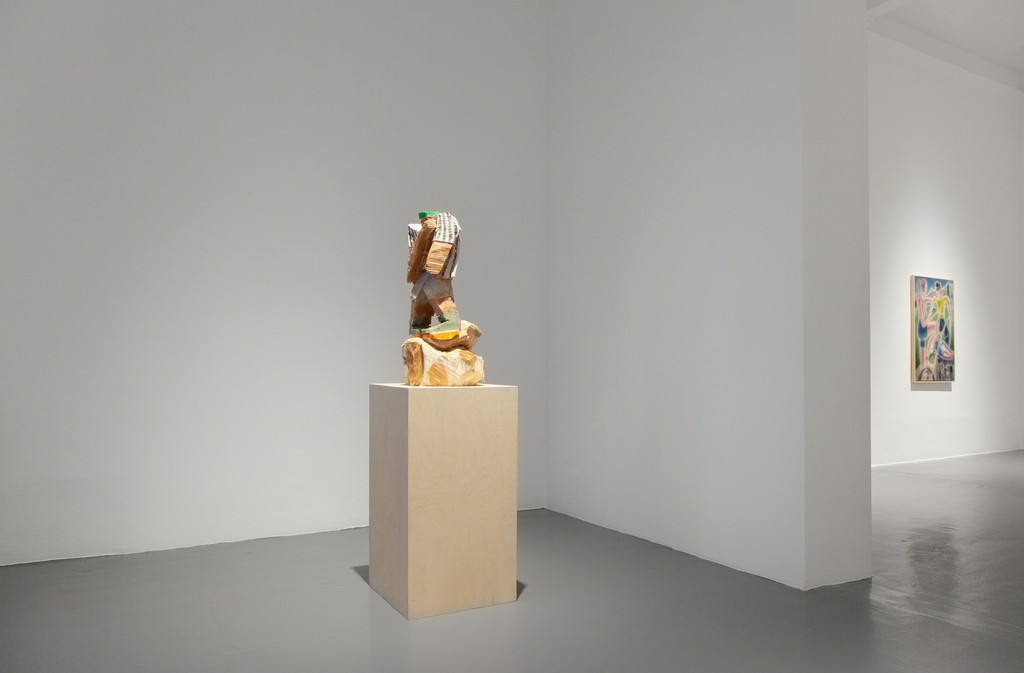 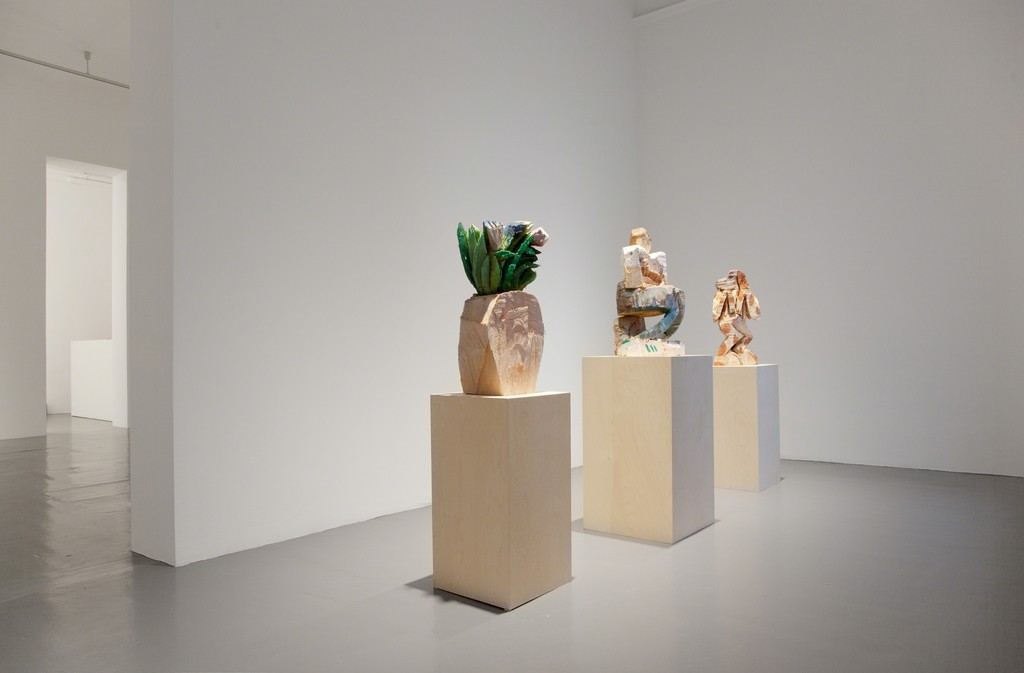 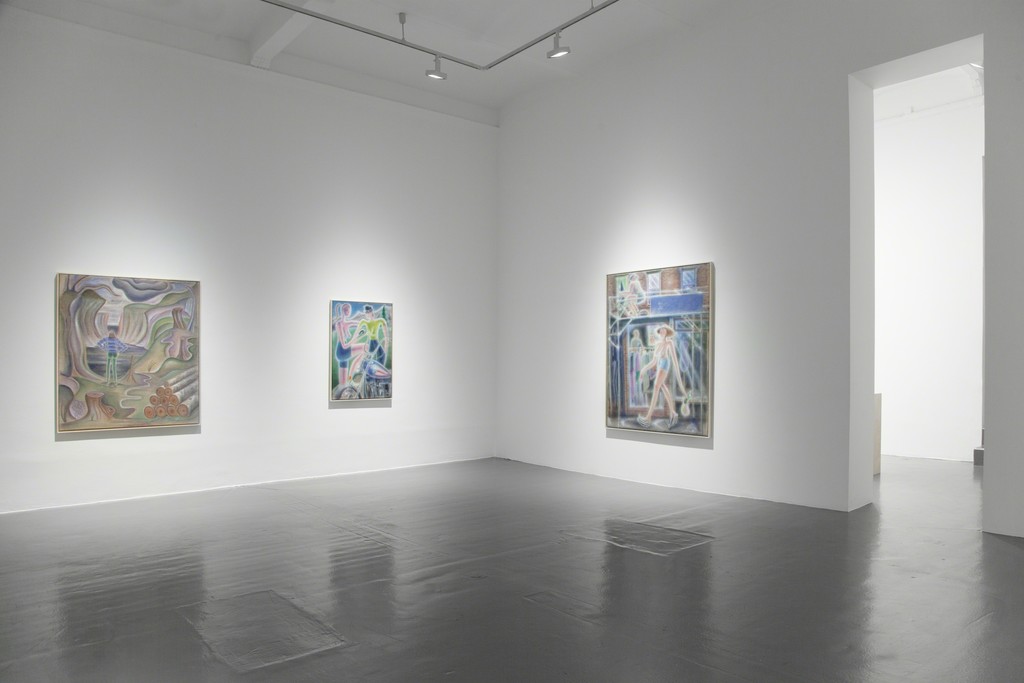 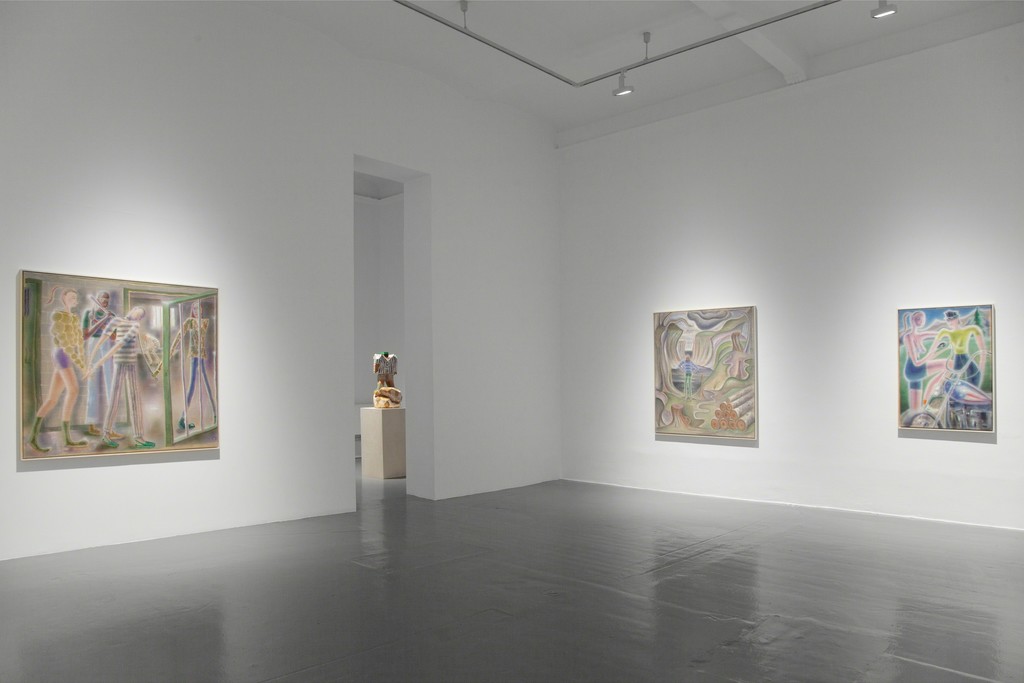 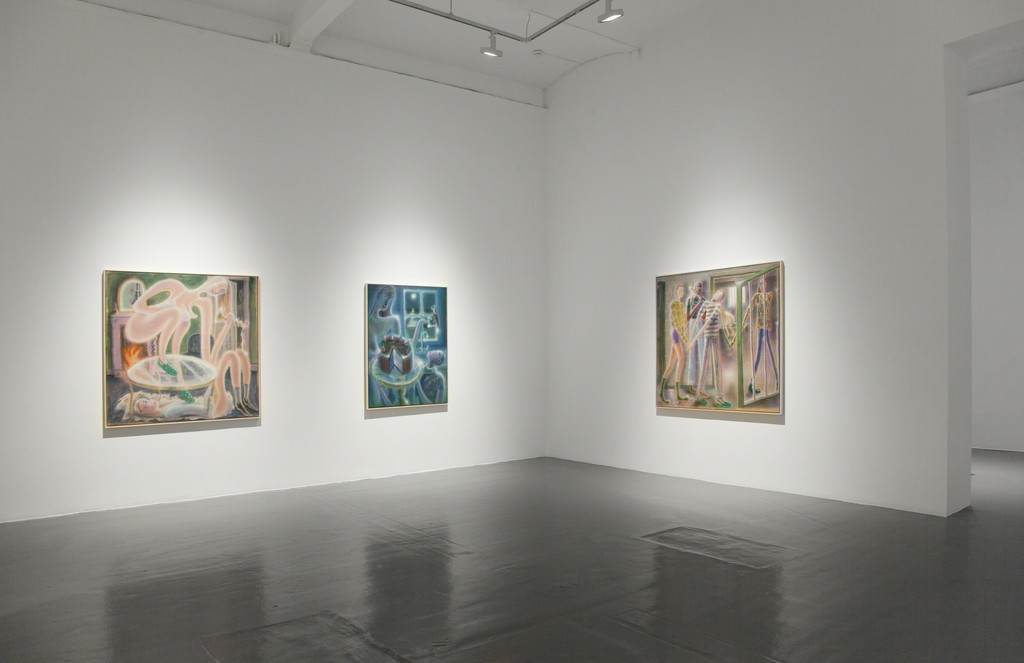 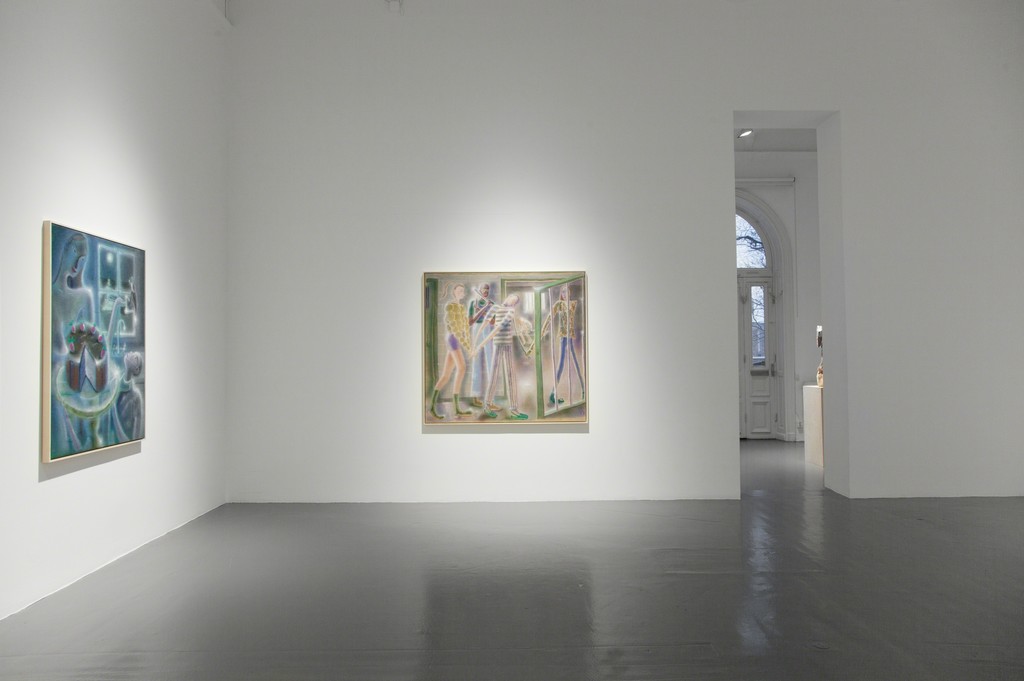 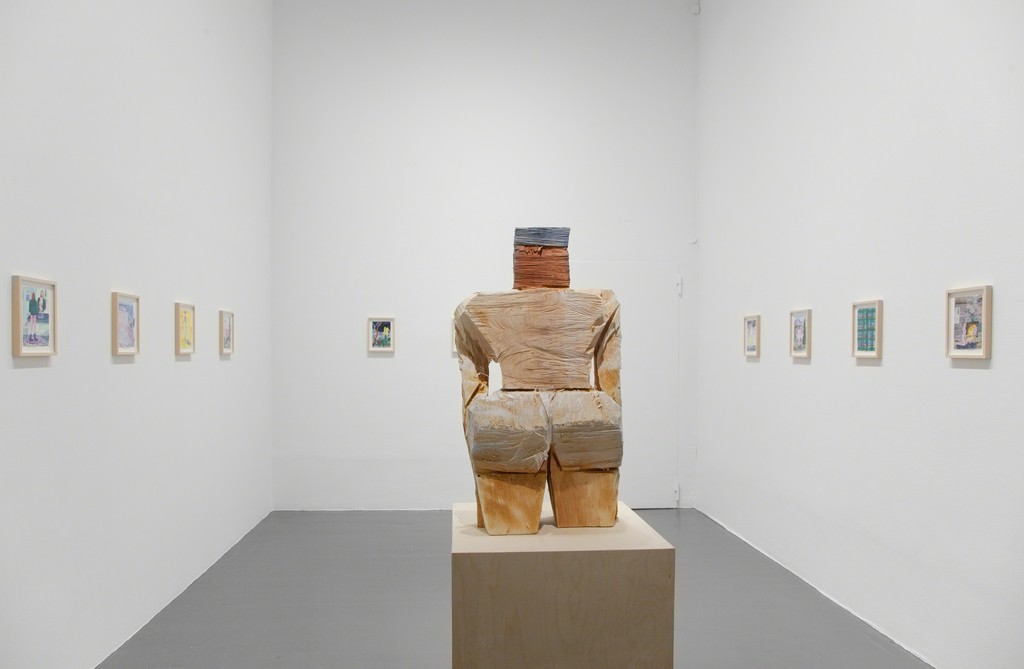 We are pleased to present Charlie Roberts’ third solo exhibition at the gallery. No Ceilings presents new paintings, sculptures and works on paper.

The main room of the gallery will show a suite of new paintings with a female focus. In the dreamy imagery, a kind of parallel universe is depicted, where men play only minor roles. The paintings are fragments from a larger story that holds both feverous fantasies and meditative modes, with a scenery shifting from modern urban spaces to timeless landscapes.
It is a distinctive and peculiar imagery, both in aesthetics and content, where Roberts’consistently collects inspiration from widely different origins. Echoes from art history are efficiently blended with popular culture into a contemporary eclectic language. The new images are bold formative experiments from diverse sources of inspiration, such as Romanticism, Surrealism, Byzantine art and Graffiti.
The paintings are made in acrylic, airbrush and chalk on burlap. The sparsity and transparency of the fabric contribute to a sort of hovering of the saturating colors and motifs, which become materialized the closer to them we get.
We may see Charlie Roberts’ new exhibition in the light of the current social discussion. The exhibition title No Ceilings indicates that everything is possible, which may apply to both the stories in the pictures and to Charlie Roberts’ boundless artistry. The title is borrowed from the American rapper Lil Wayne’s mixtape series. In Charlie Roberts’ mixtape, he playfully jeopardizes normative concepts of power using contradictory images and a fearless approach.

Charlie Roberts was born in Kansas, USA, in 1983 but has lived and worked for several years in Oslo, Norway. He is educated at the Emily Carr Institute of Art and Design, Vancouver, Canada, where he also worked as an assistant to the Dutch artist Peter Schuyff who became his mentor. They shared the interest in American indigenous art, especially in the form of wood sculptures and totems. Together they developed techniques and ideas that are still visible in their respective artistry. Charlie Roberts works with a variety of techniques and ideas, moving unobtrusively between painting, sculpture, drawing and music. Since the beginning of the 2000s he has exhibited diligently in art galleries in Europe and the USA. Together with Chris Rexroad and Jordan Watson, he has also initiated and operated the Got It For Cheap (GIFC) project. GIFC is a touring group show with over 750 artists. All works are original works on paper and are sold for about $30. The goal of GIFC is to make art accessible to everyone and give young artists a platform to show and sell their art on an international stage. In 2017 they together opened the 0–0 LA gallery in Los Angeles.