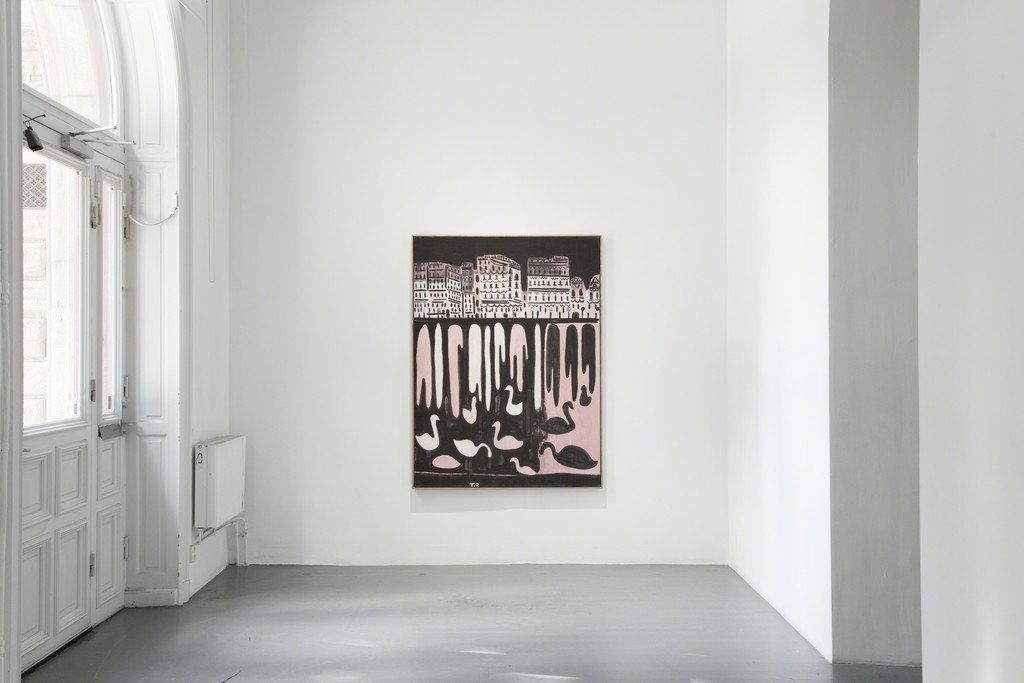 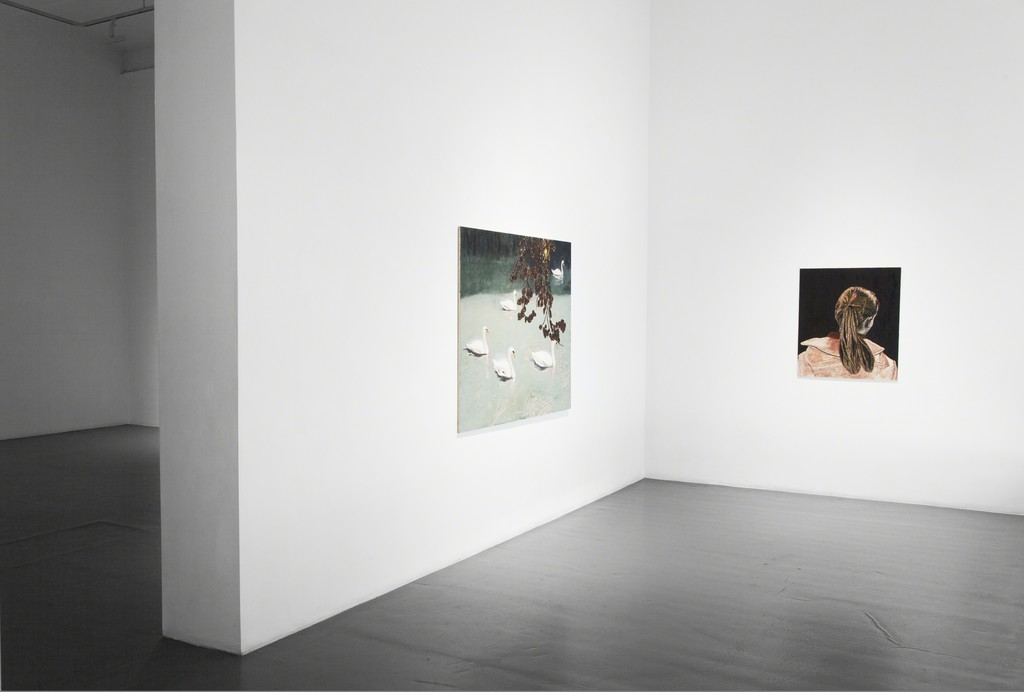 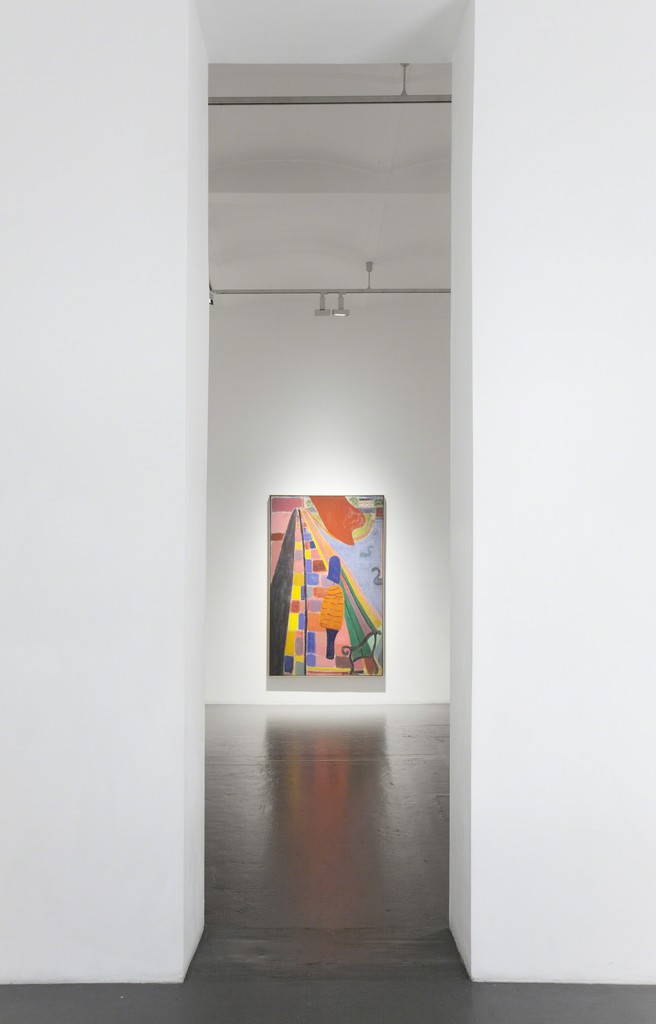 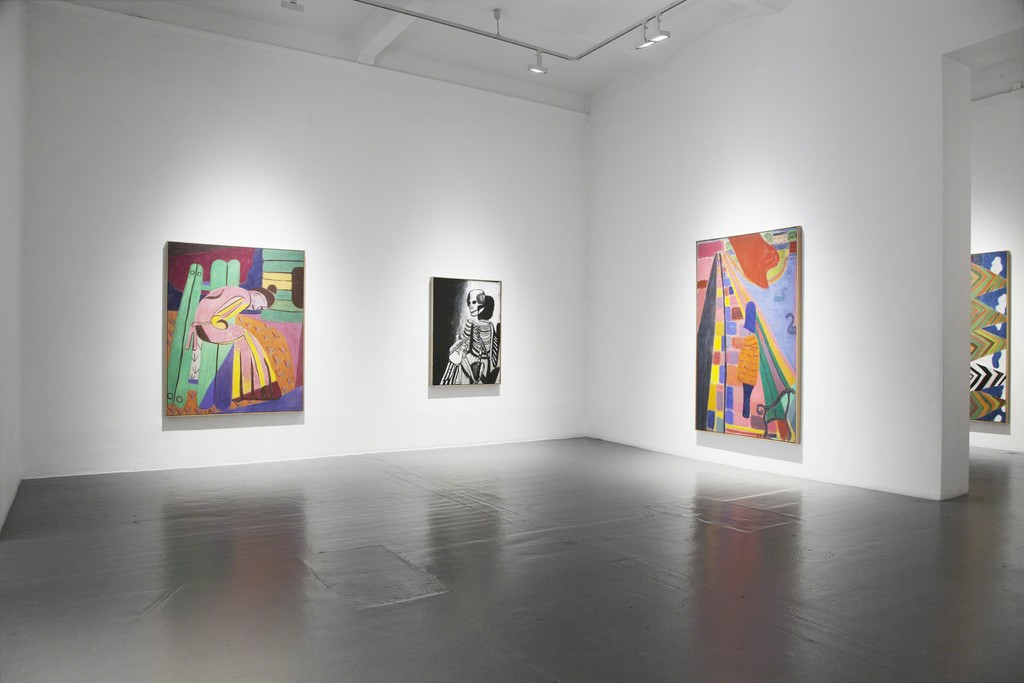 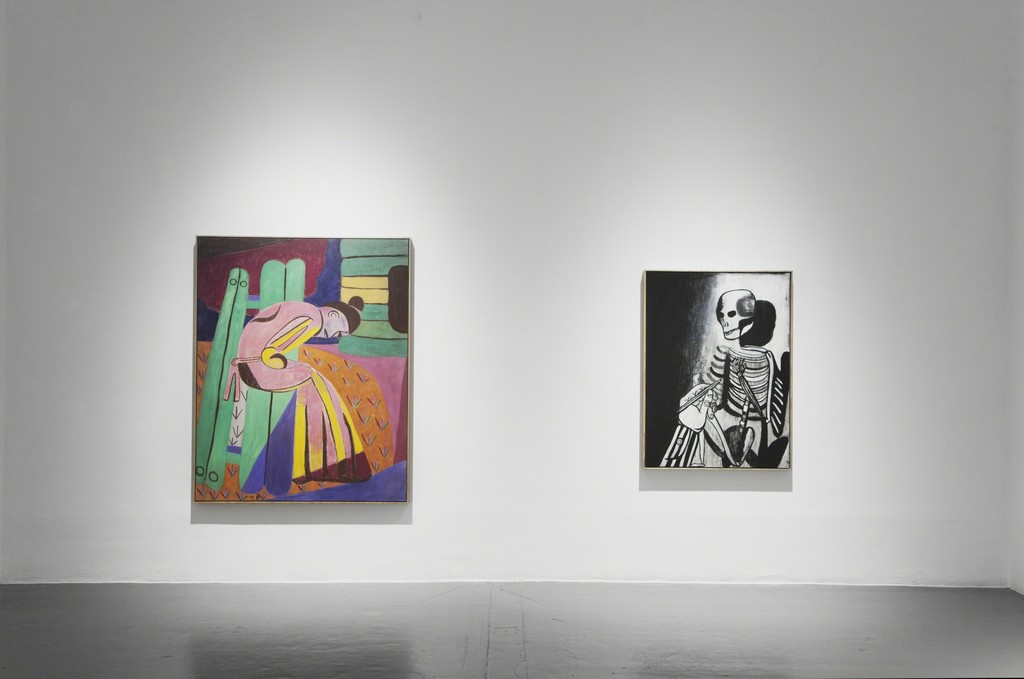 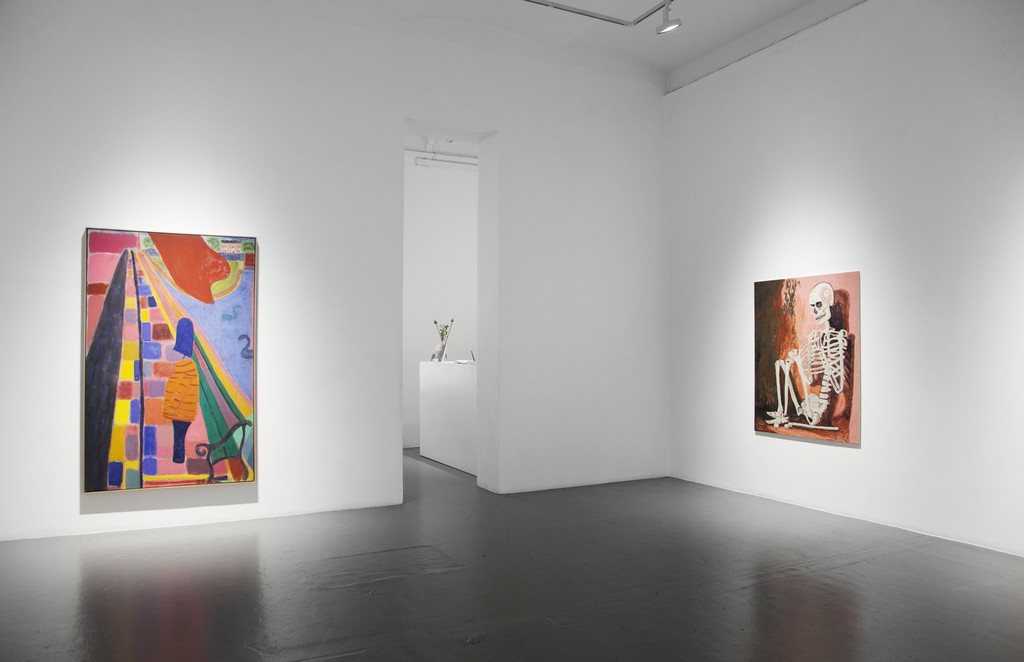 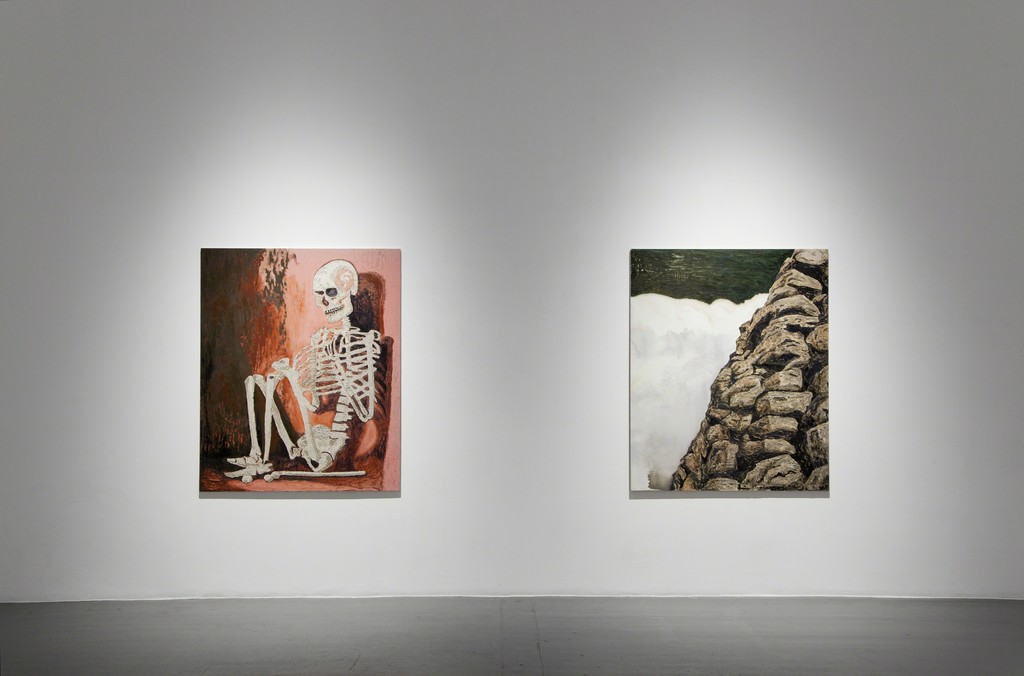 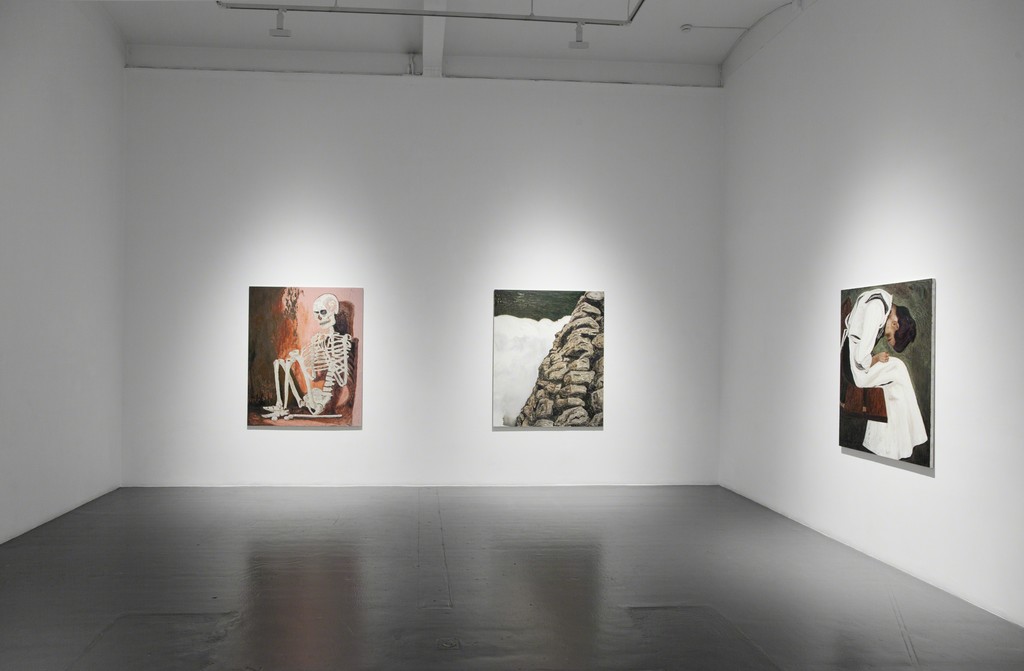 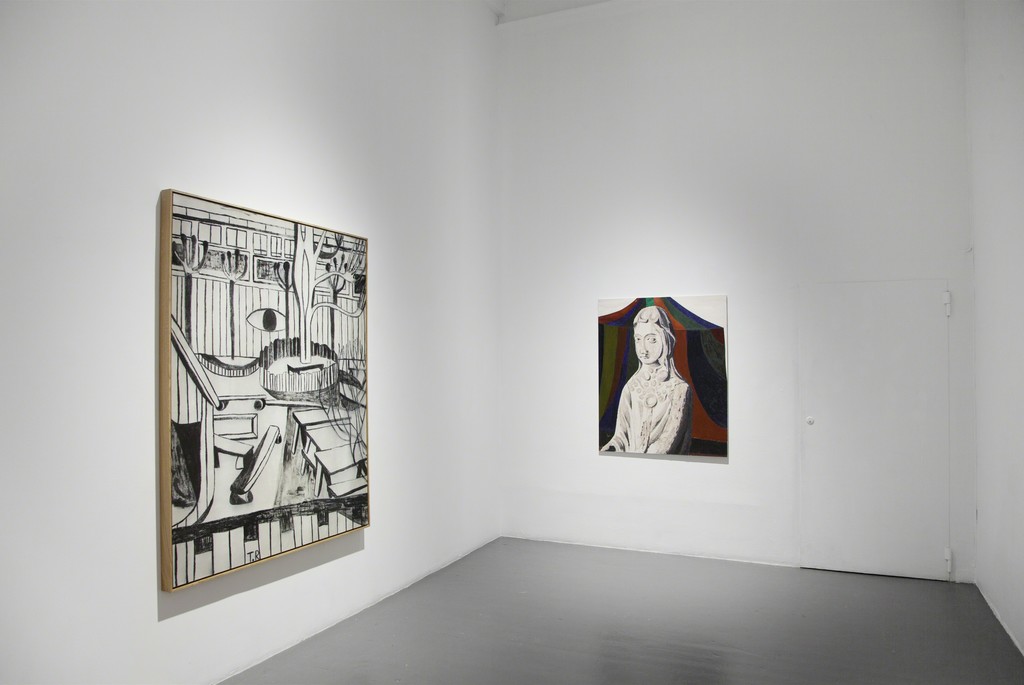 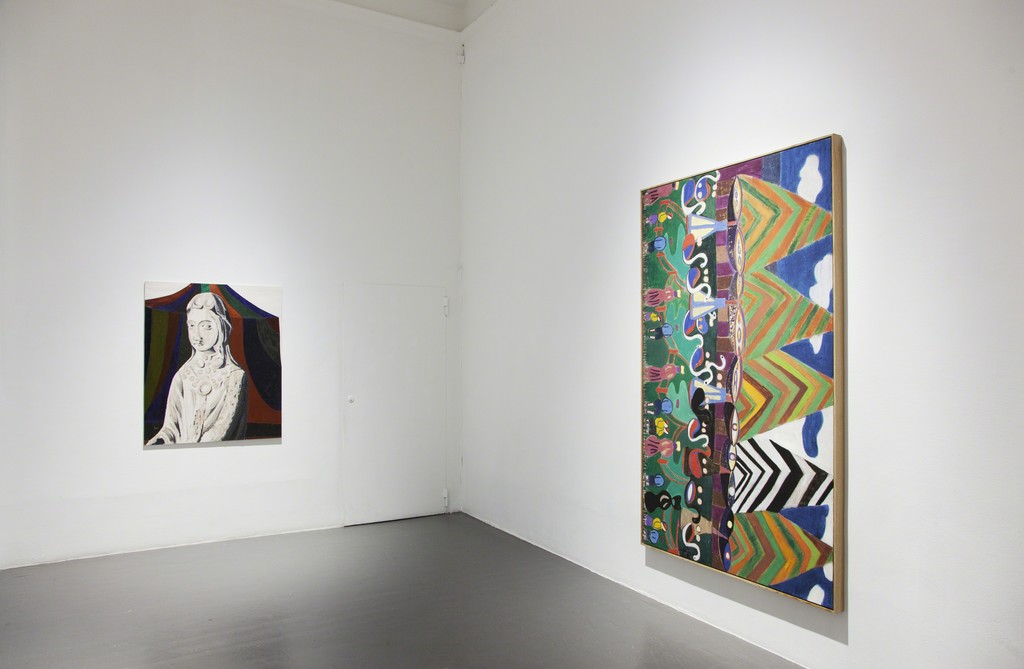 Svanesang (Swan Song) is the title of two parallel exhibitions shown at Galleri Bo Bjerggaard, Copenhagen and Galleri Magnus Karlsson, Stockholm. It is a joint exhibition project between two of Scandinavia’s most acclaimed artists; Mamma Andersson and Tal R. The first part will open on August 24 in Copenhagen, the second part on August 30 in Stockholm. The exhibitions Svanesang consists of new paintings and works on paper. It is the first major presentation of Mamma Andersson in Denmark and the first gallery exhibition of Tal R in Stockholm.

Svanesang is Mamma Andersson and Tal R’s first collaboration, and it is the result of an image dialogue between the two artists. During the past year they have corresponded and sent each other photographs for inspiration. They have also opened up their work process in a conversation about background material, imagery and themes. As a visitor you will find links between their paintings, and the process has also inspired the development of new expressions. In their cooperation they have been careful to maintain an artistic integrity. The works are still unique to each artist, but seen together they also act as a form of conversation or Chinese whispers.

A catalogue with all the works and a text by Synne Rifbjerg (Danish author and journalist) will be published in conjunction with the exhibitions. A more extensive book based on the cooperation between the two artists will be released later this year.
Read the text by Synne Rifbjergs here.

Welcome to Copenhagen and Stockholm!

Mamma Andersson and Tal R will be present at both openings.

--
Mamma Andersson was born 1962 in Luleå, Sweden. She lives and works in Stockhom, where she graduated from the Royal Institute of Arts (1986–1993). She is one of the most internationally recognized artists in Sweden. Her works is represented in collections such as MoMA, New York, USA, Dallas Museum of Modern Art, USA, MoCA, Los Angeles, USA, Hammar Museum, Los Angeles, USA, Nasjonalmuseet, Oslo, Norway, Moderna Museet, Stockholm, Sweden, Magasin III, Stockholm, Sweden, Göteborgs Konstmuseum, Sweden and Västerås Konstmuseum, Sweden. In 2006 she was awarded the first prize in Carnegie Art Award and in 2003 she represented Sweden in the Venice Biennale. She has been exhibiting in international galleries and museums since the beginning of the 2000s.

Tal R was born 1967 in Tel Aviv, Israel, but has lived most of his life in Copenhagen, Denmark. He graduated from Det Kongelige Danske Kunstakademi (1994–2000). Since then he has been one of Denmark’s leading contemporary artists internationally. His works are represented in museum collections such as Louisiana, Humlebaek, Denmark, Museum Kunstpalast, Düsseldorf, Germany, Moderna Museet, Stockholm, Sweden, Magasin III, Stockholm, Sweden, Kiasma, Helsinki, Finland och ARoS Århus, Denmark. In 2017 Louisiana opens a large retrospective solo exhibition in connection with his 50th birthday.