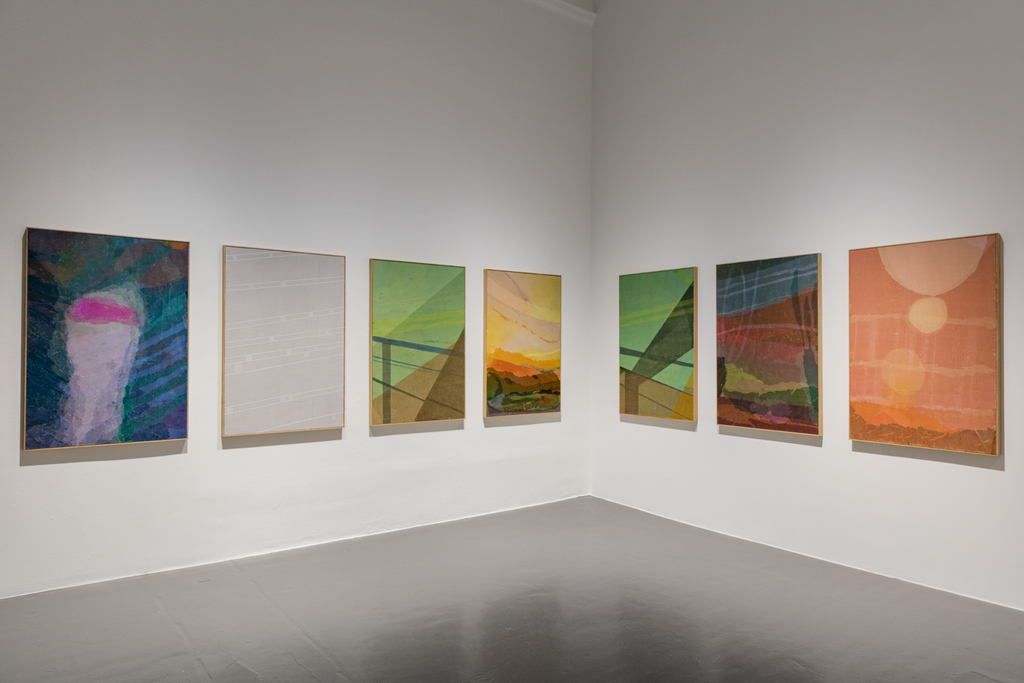 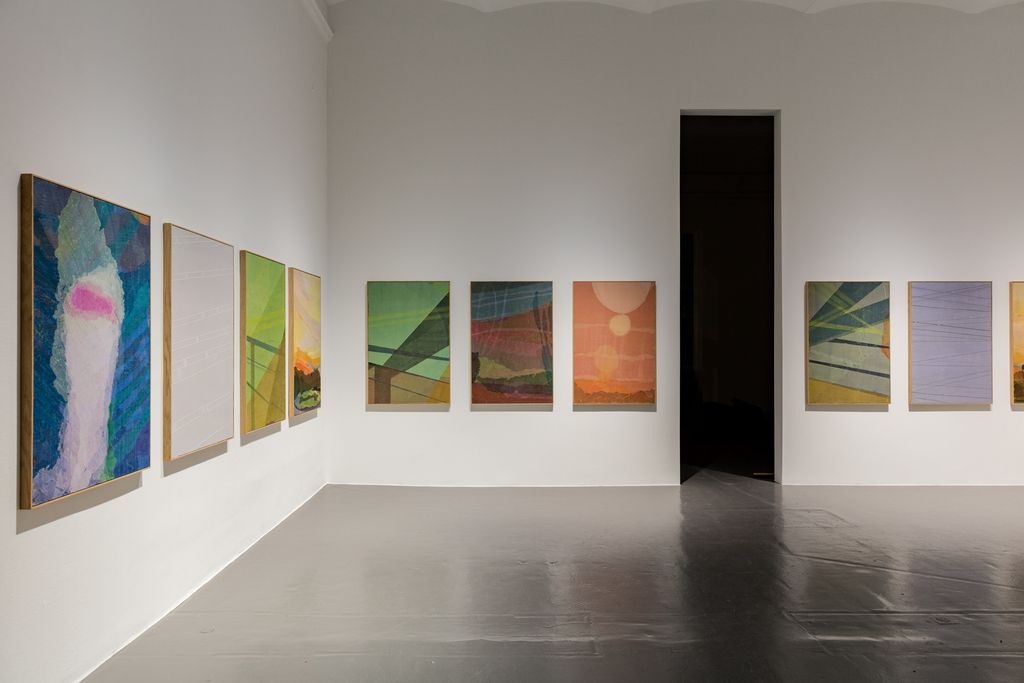 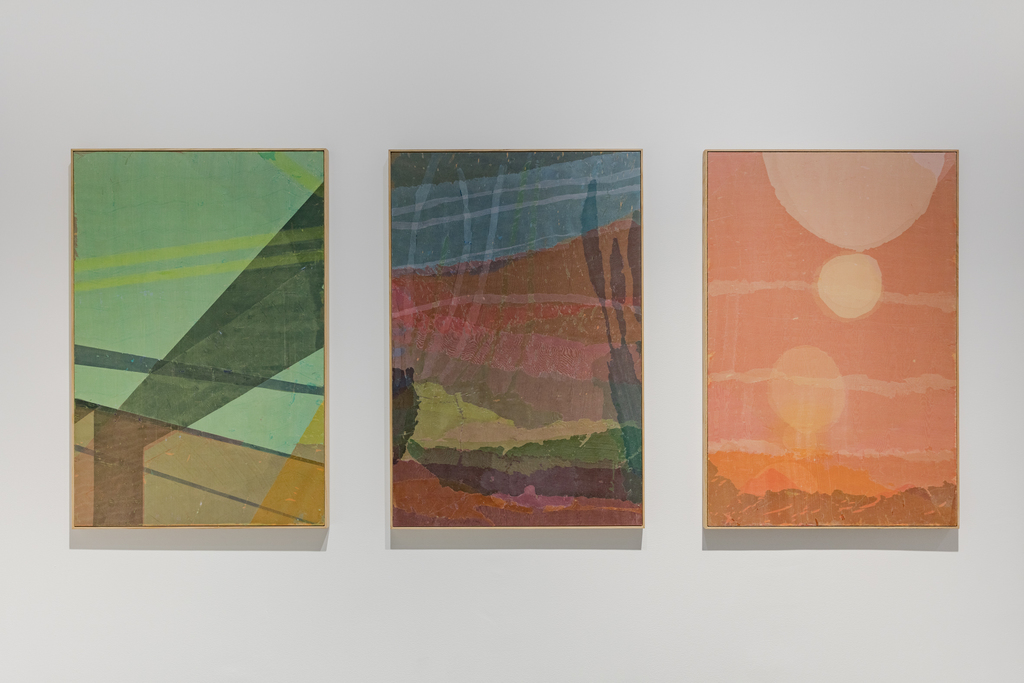 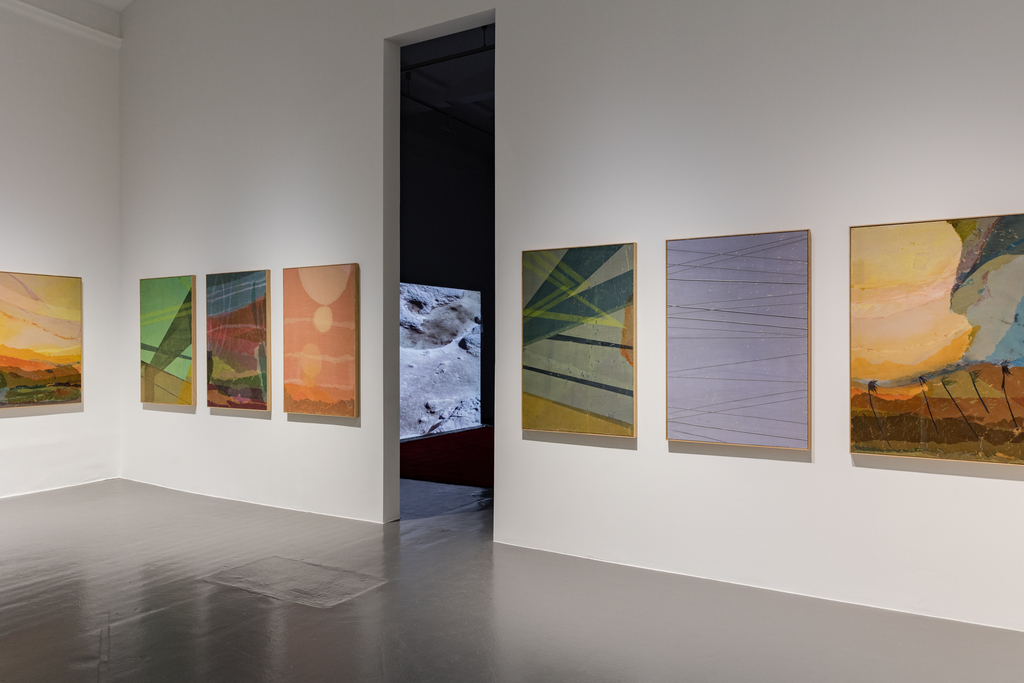 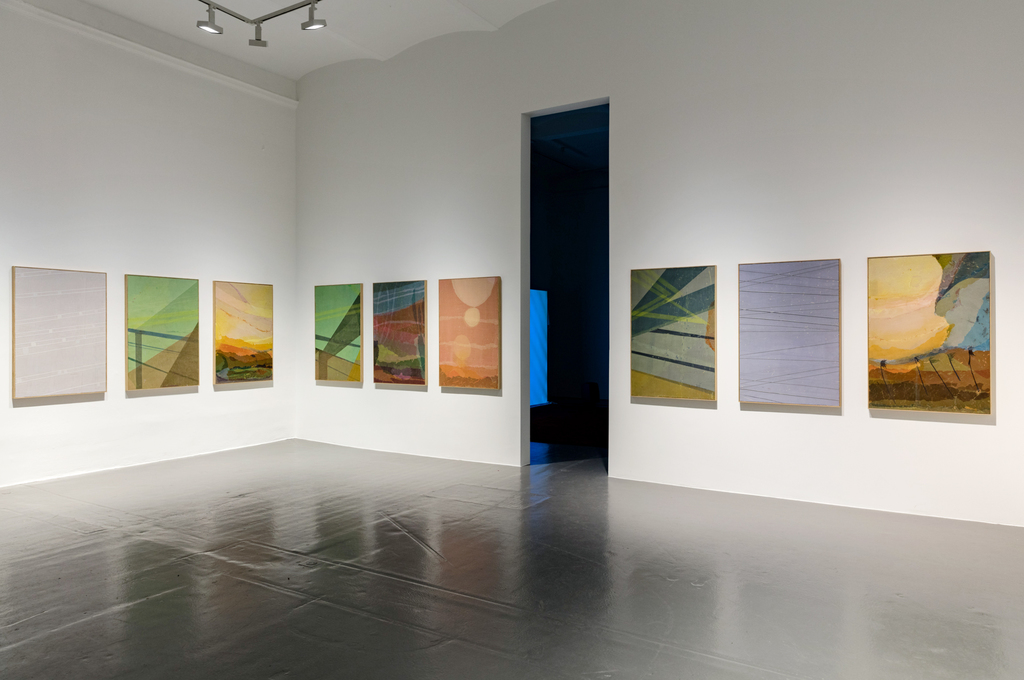 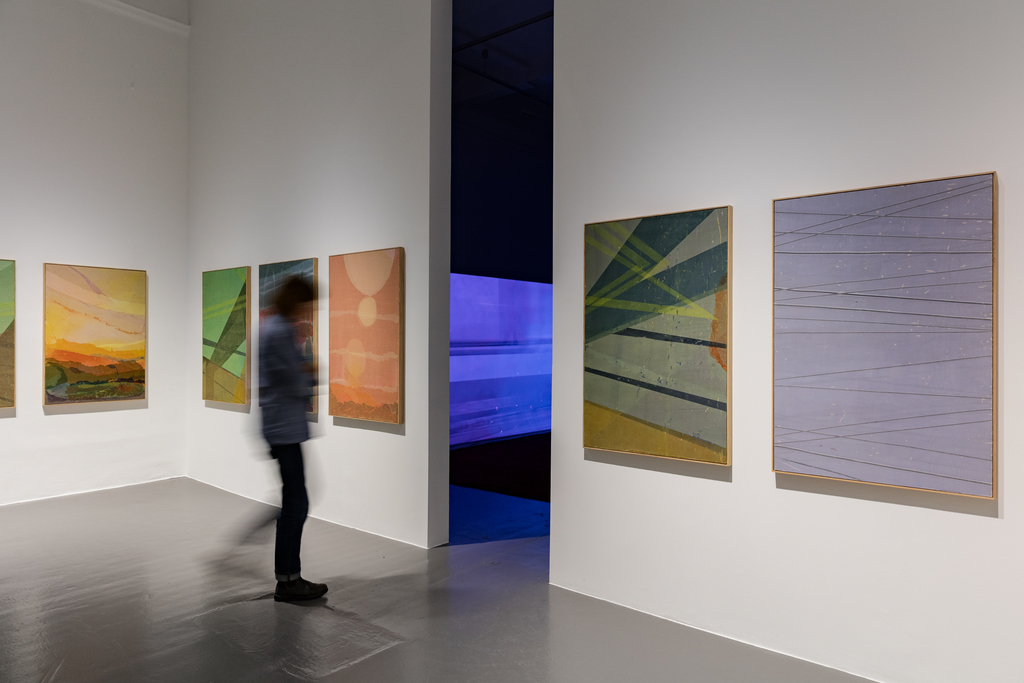 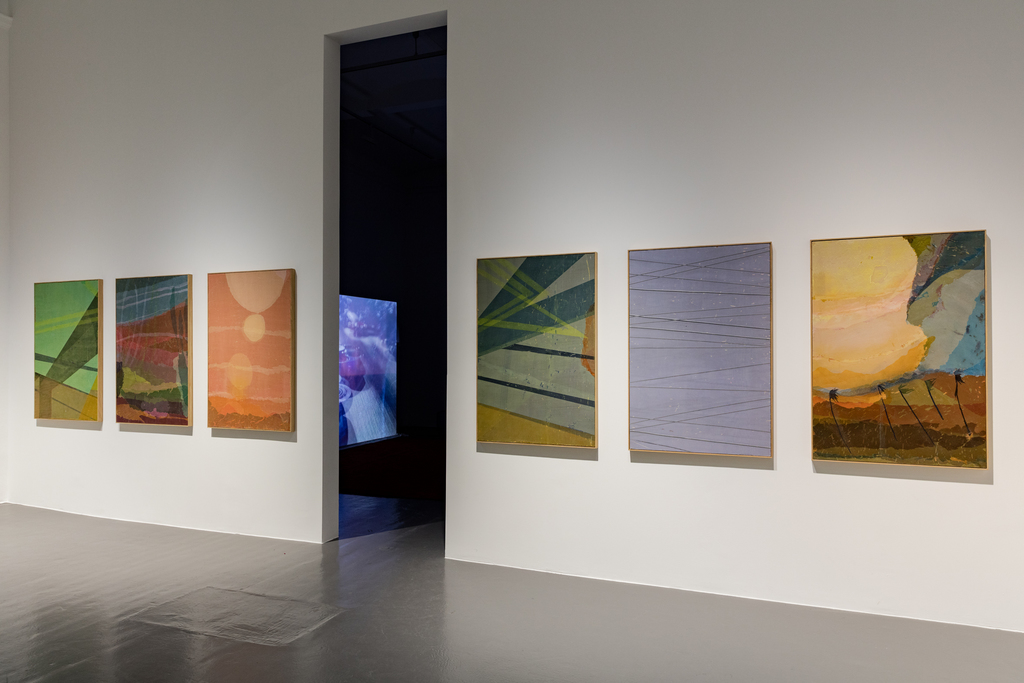 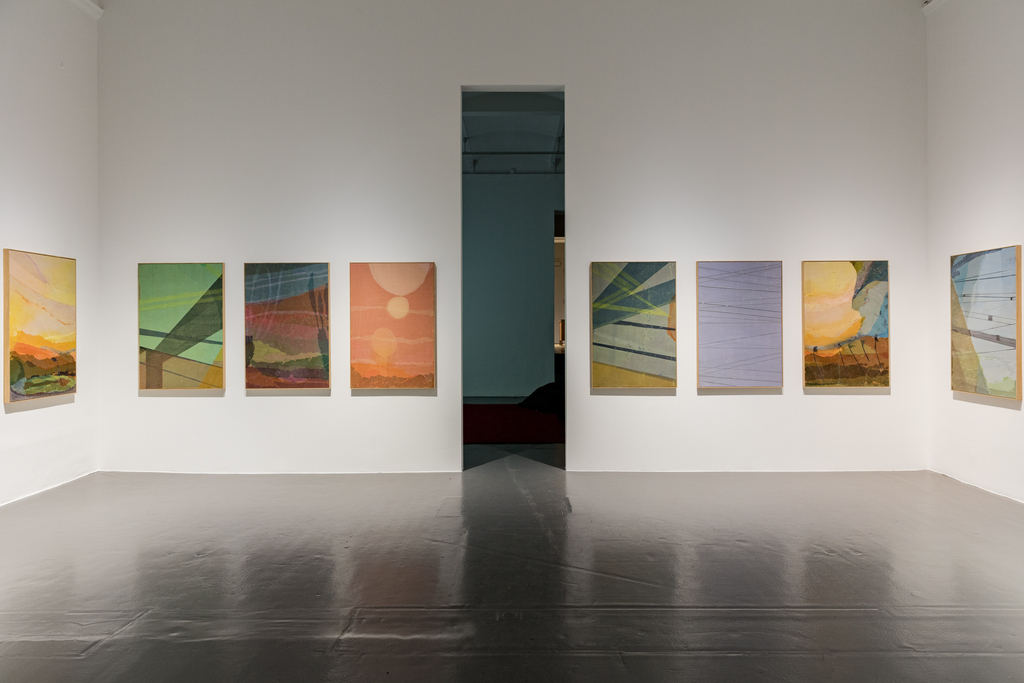 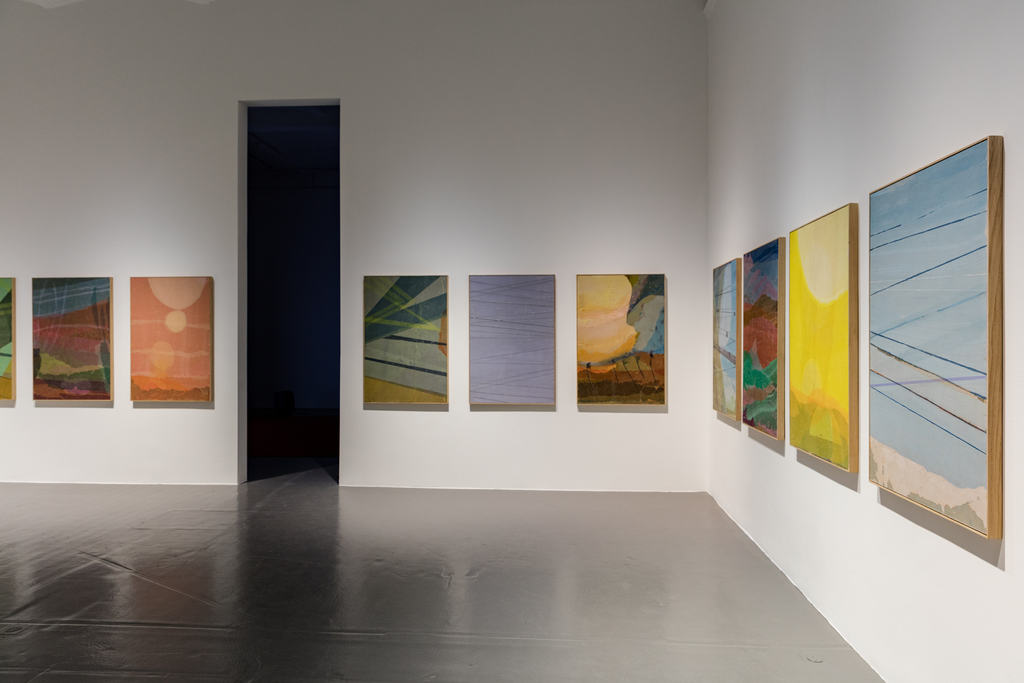 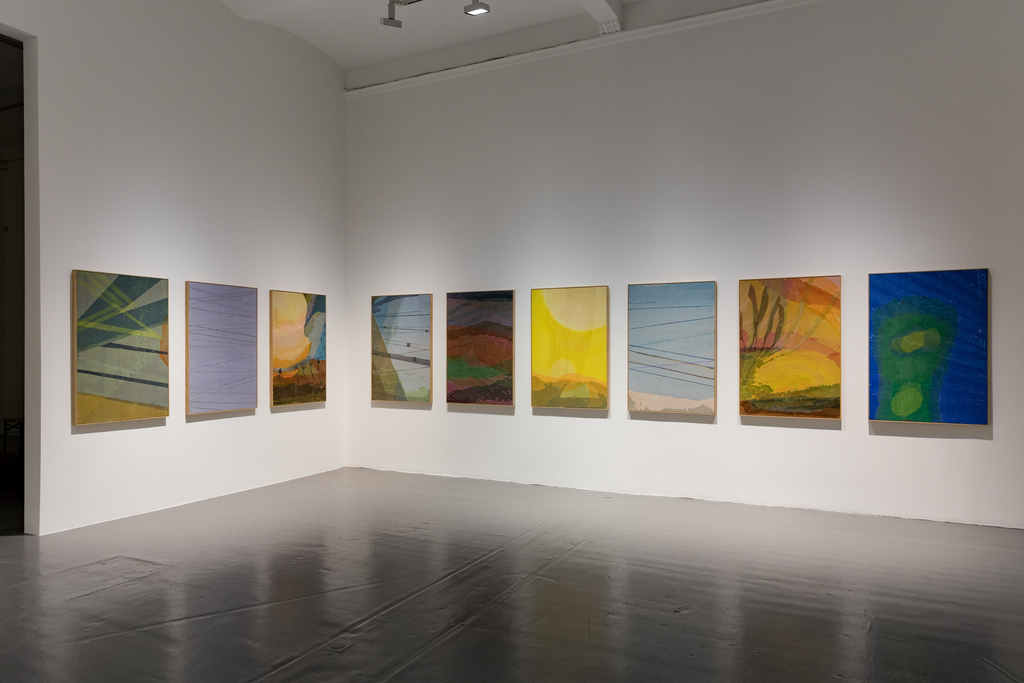 Petra Lindholm
Fever
11.1–8.2 2020
We are pleased to present Petra Lindholm’s seventh solo exhibition at the gallery. The
exhibition Fever consists of two parts. The new film Bystanders is projected in the darkened inner
room. A new series of textile assemblages under the title Book of Changes meet us in the bright front
room. It is a poetic reflection on the condition of the earth, the constant movement and change of
existence.
Petra Lindholm works with different techniques and moves freely between the digital, two-dimensional,
the analogue and tactile. The moving image, soundscapes and music has been part of her artistry since
the beginning, in recent years combined with textile assemblages. In the films she uses both recorded
and collected imagery that is processed and put together in loops and transparent layers. Short
fragments of reality are extended and transformed into an abstracted, suggestive flow of images. The
audio tracks amplifies the visual content with atmospheric sounds, samplings, voices and singing. The
textile assemblages are natural extensions of scenes in the films into the physical space. Lindholms uses
thin fabrics in different colours which are applied with glue on panels. The pictures are reminiscent of
the films in their structure where layers are added until the finished composition appears.
Despite not being painted, Petra Lindholm’s video and textile works are highly pictorial, where a close
permeation of techniques seep into an overlapping of visions and experiences, invoking a constant
sense of flux, of perennial transit, within our state of being. Her assemblages are crystalized
fragments of her video yet their fixed nature better convey the residues of events having taken place on
earth by means of the small incisions into the textile surfaces. Similar to a palimpsest, humankind’s
transit across the earth leaves its mark for the umpteenth time after previous traces have been scraped
away. Moreover, her enlargement and repetition of certain natural elements give form to an
expression between the abstract and the figurative art, a place where the dimension of time is
prioritized. Besides, a series of relevant questions are indeed connoted by time, questions concerning
such issues as the nature of change, identity, causation and free will. It is this latter human faculty
that Petra Lindholm addresses specifically and, after providing us with her vision of the present,
invites viewers to consider their own future thoughts and actions.
From an upcoming catalogue text by the Italian art critic and curator Lorella Scacco.
Petra Lindholm (b. 1973 in Karis, Finland) lives and works in Småland, Sweden. She is educated at the
Royal Institute of Arts in Stockholm (1996–2001). She has exhibited at galleries, museums
and institutions in Sweden, Finland, Germany, Poland, Italy and the US. In 2001 she received the Maria
Bonnier Dahlin Foundation’s Artist Award and in 2006 she won third prize in the Carnegie Art Award.
In 2018 the Royal Academy of Fine Arts in Stockholm awarded her the prestigious Axel Theofron
Sandberg Prize. Her works are represented in the collections of Moderna Museet, Stockholm, Malmö
Konstmuseum, Borås Konstmuseum, Västerås Konstmuseum, EMMA–Espoo Museum of Modern Art,
Finland, ProArtibus, Finland and Museum of Contemporary Art Kiasma, Finland among others. In
recent years she has completed a number of larger public commissions working with sitespecific
sculptures and installations.