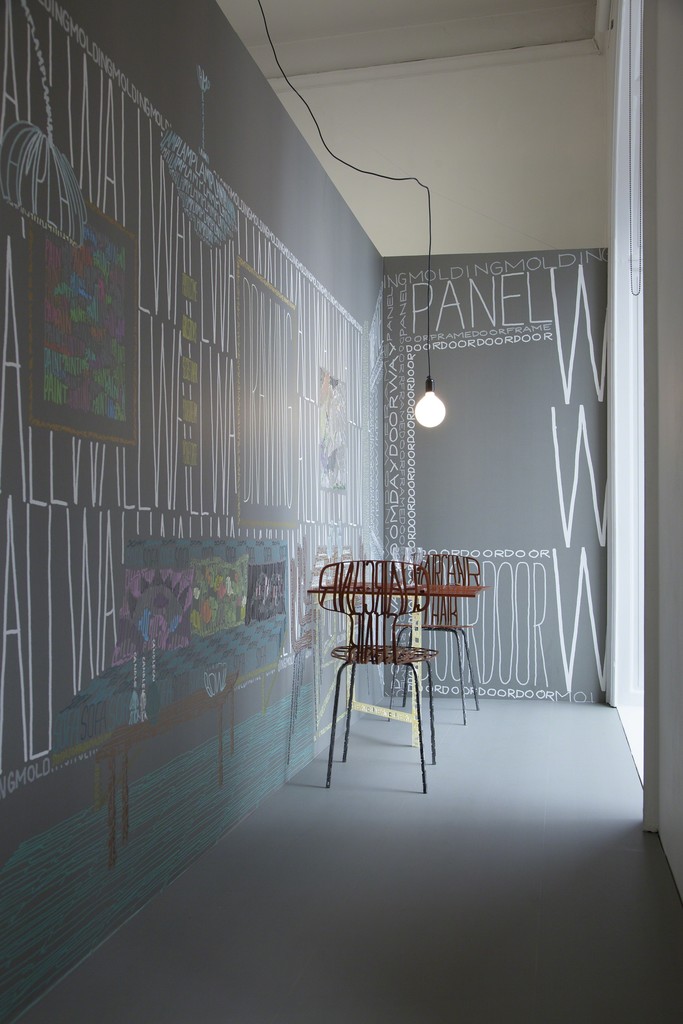 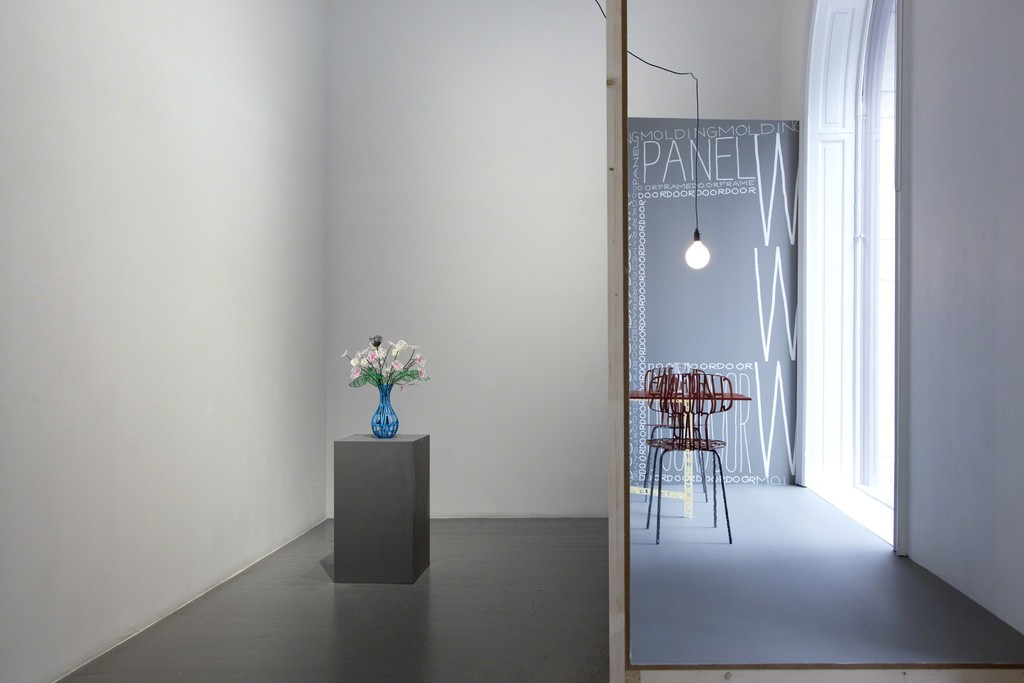 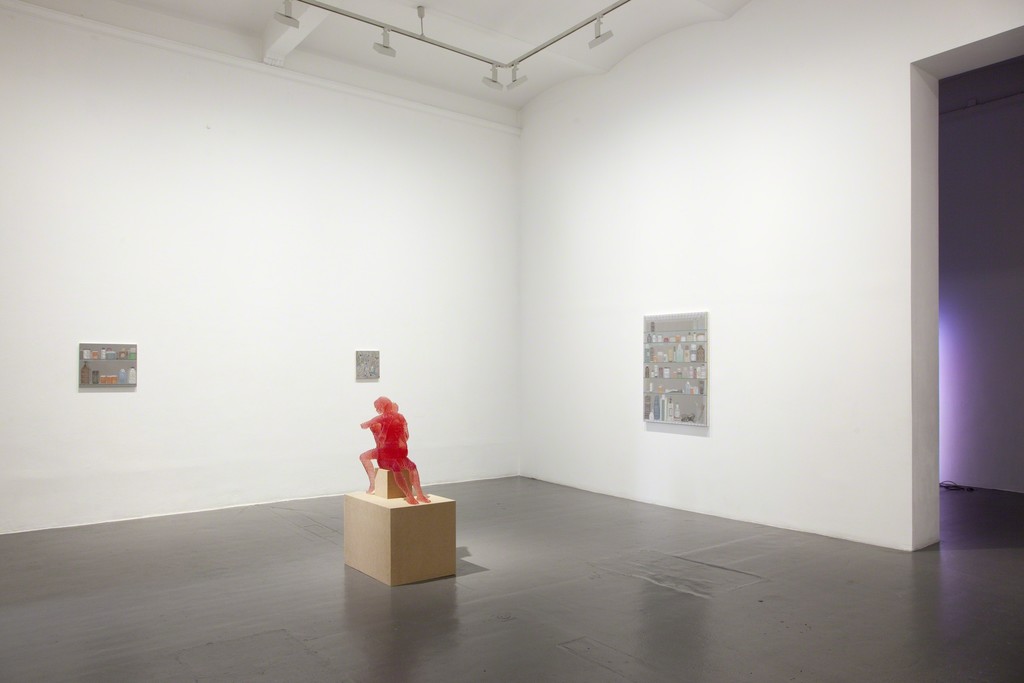 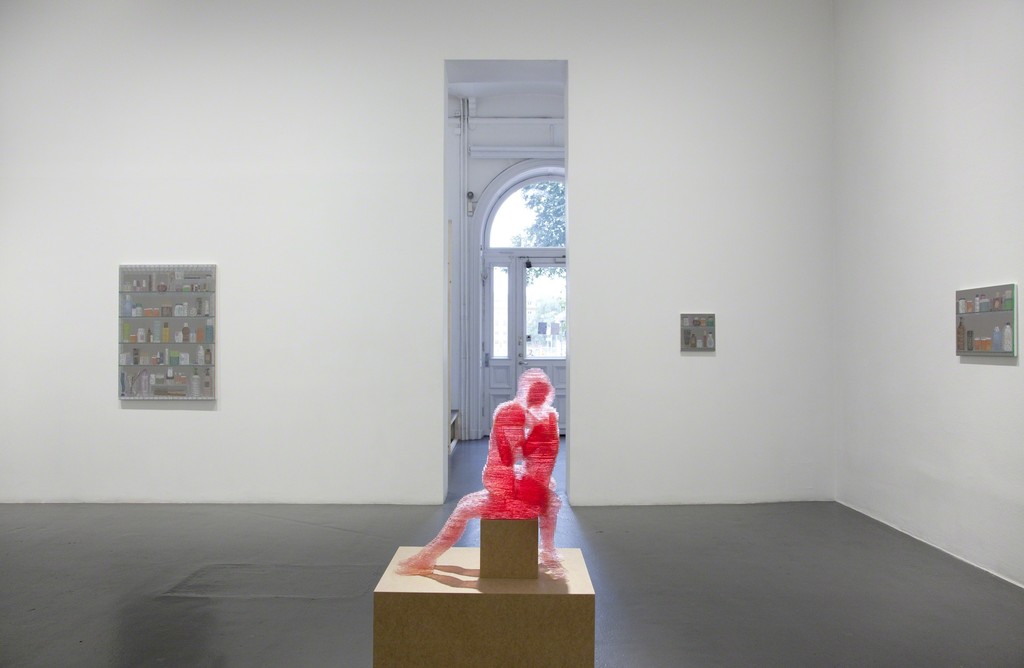 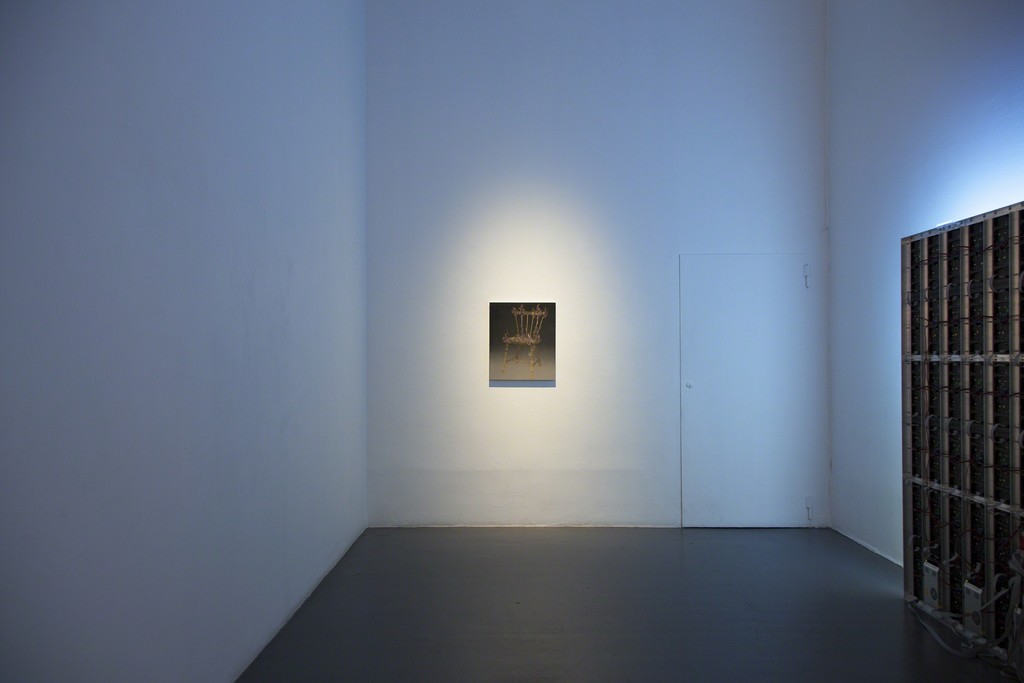 After having played in the shadows of giants in his last two exhibitions, Thomas Broomé now steps out into the merciless light. In the artistry and personas of Ingmar Bergman and Andy Warhol, he previously sought unexplored nooks and crannies. But he also found a futility behind the façade and fame. In an empty repurchased house on Fårö Ingmar Bergman was not to be found. Just as Andy Warhol was absent in the extensive auction catalogues of his estate from Sotheby’s. The work has come to revolve around identity, alienation, success and destructiveness.

In the exhibition Breaking Point Thomas Broomé finds himself in a kind of limbo. Something that can be seen as a deep inhale at the breaking point between being silent or saying something. A quiet contemplation of the shortness of breath over the simulated reality we have created around us. A world where more die from prescription drugs than in traffic accidents. Where the quest to be like the advertising picture of happiness leaves a feeling of inadequacy and hopelessness.

In the gallery’s storefront and first room Broomé has created a backdrop of a private home. Here he works at the interface between two and three dimensions. It is a spatial extension of the Modern Mantra-drawings that has become his signature work. The words that describe the objects also build them, and create an ideal image. What can be perceived as an illusionary perfection from one point of view, can suddenly be broken down into a fragile picturesque jumble of letters and information.

In the main space of the gallery a new series of paintings of the bathroom cabinet is presented. Perhaps our most private property and a naked portrait of its owner. In a world where surface, lifestyle and youth are mantras, we can read various meanings and symbolic values in the products. Drugs that temporarily help us to be what we are not and brands that are charged with utopia. The paintings are like clinical observations that dissects our self-image, but also spontaneous associations that the artist has resembled to auto-poetry.

The video work in the inner room of the exhibition literally turns its back to the viewer. What is said is not important, only that it is said. A continuous flow of information and noise that we cannot take part of. A knowledge that everything goes on constantly and independently of our own existence and presence.

Thomas Broome (b.1971) studied at the University College of Arts, Stockholm (1997–1999) and Valand Academy, Gothenburg (1993–1997). He worked for a long time as an artist together with the Interactive Institute in Stockholm. In 2006 he made his first exhibition at Galleri Magnus Karlsson, Stockholm. He has exhibited in galleries and museums in Sweden and internationally, and is also represented by Bendana Pinel Art Contemporain in Paris. Earlier this year, he completed an extensive public commission for Hermès in Shanghai, China.