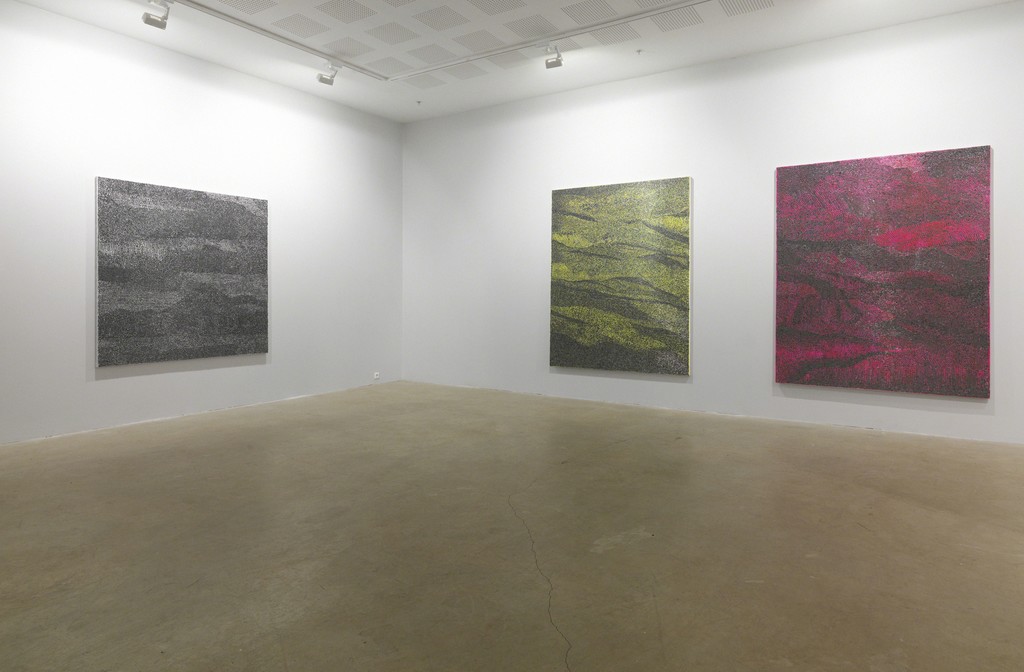 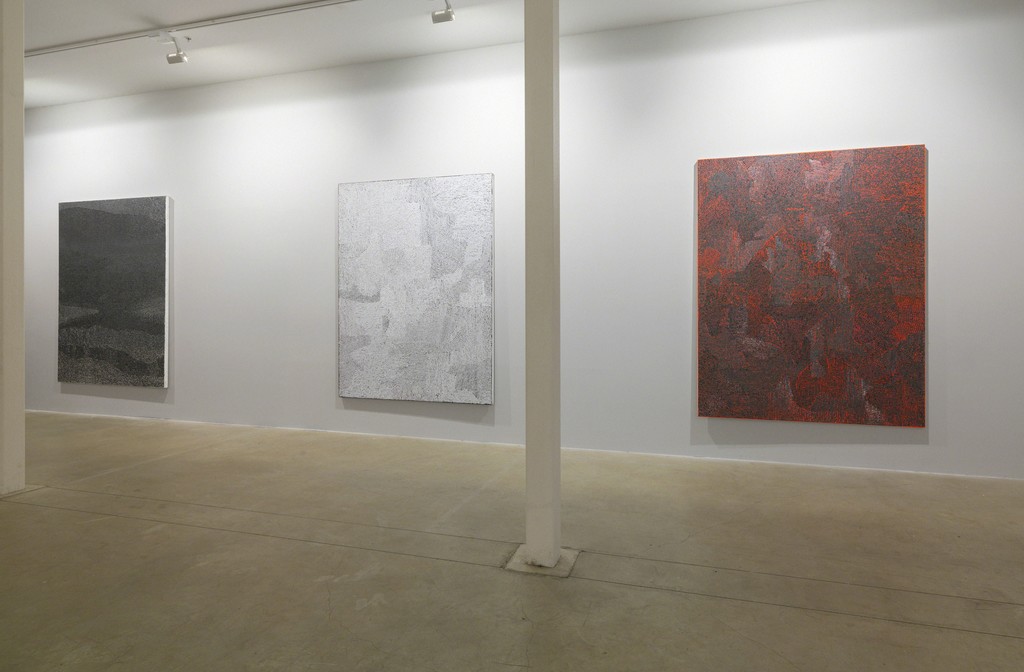 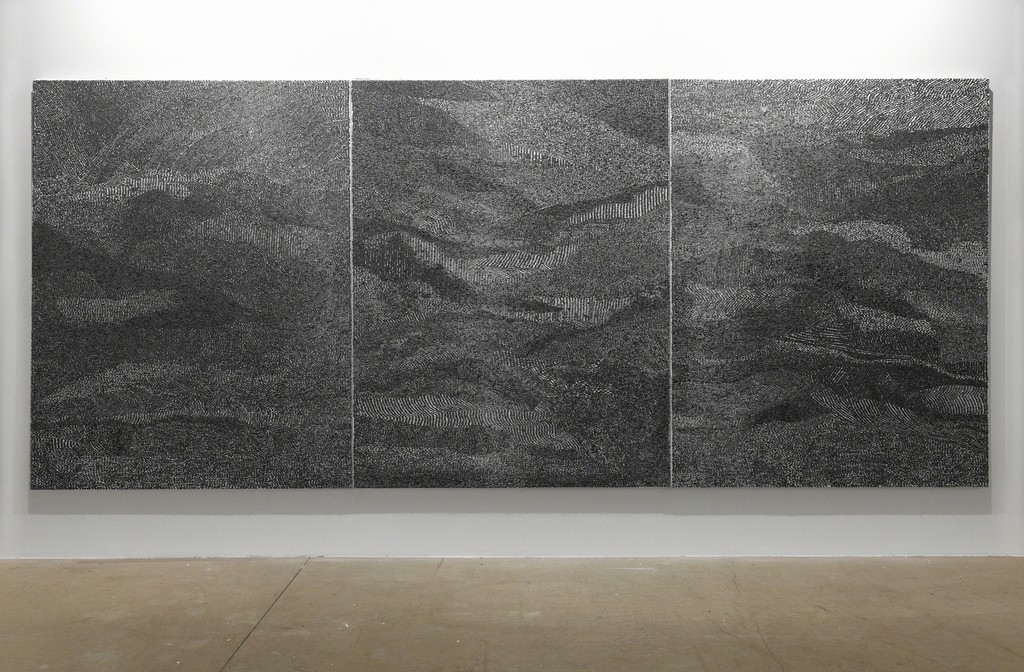 Following the critically acclaimed Rip on series, Dolk presents yet another concept from his new body of work; Rip off - intricate and tactile collage-like canvases, depicting abstract, mysterious and beautiful scenes from Nature, or Space? 100.000 staples and paper-rips per canvas, gives a soft, but also a hard, metallic feel to the surface. It´s about censorship, rejection and adversity, but also about opposing censorship, refusing to give in to suppressing governments and the abuse of power. The black paper symbolizing the black flag of Anarchism, and together with the staples the entire expression reminds you of torn down posters - a poster wall, once loaded with meaning, now only a organic, almost pixelated landscape, a vague memory of the past - aesthetics made out of empty messages!

Part two of the exhibition series also include the launch of Dolk’s new book - a collaboration between the artist and Galleri s.e with foreword by the renowned art historian and professor Gunnar Danbolt, interview by curator Bjørn Inge Follevåg and photographs by Bent René Synnevåg.