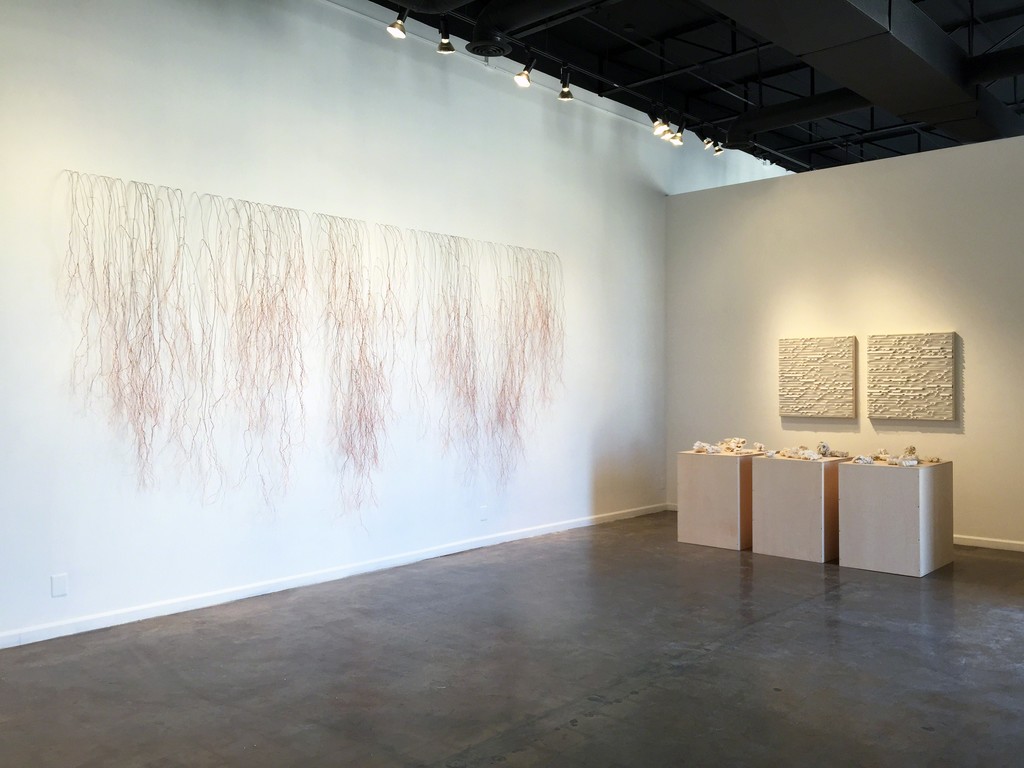 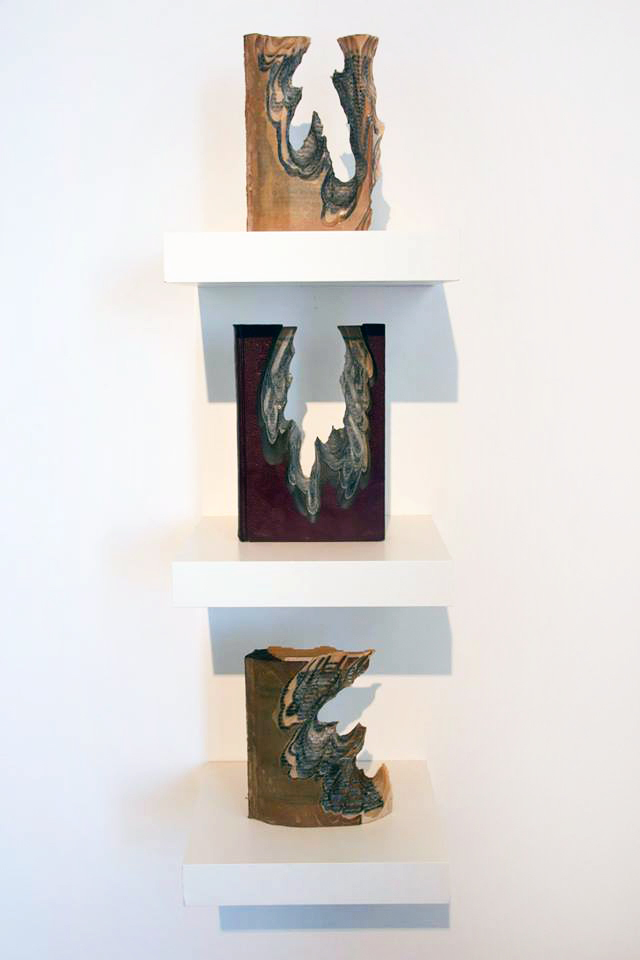 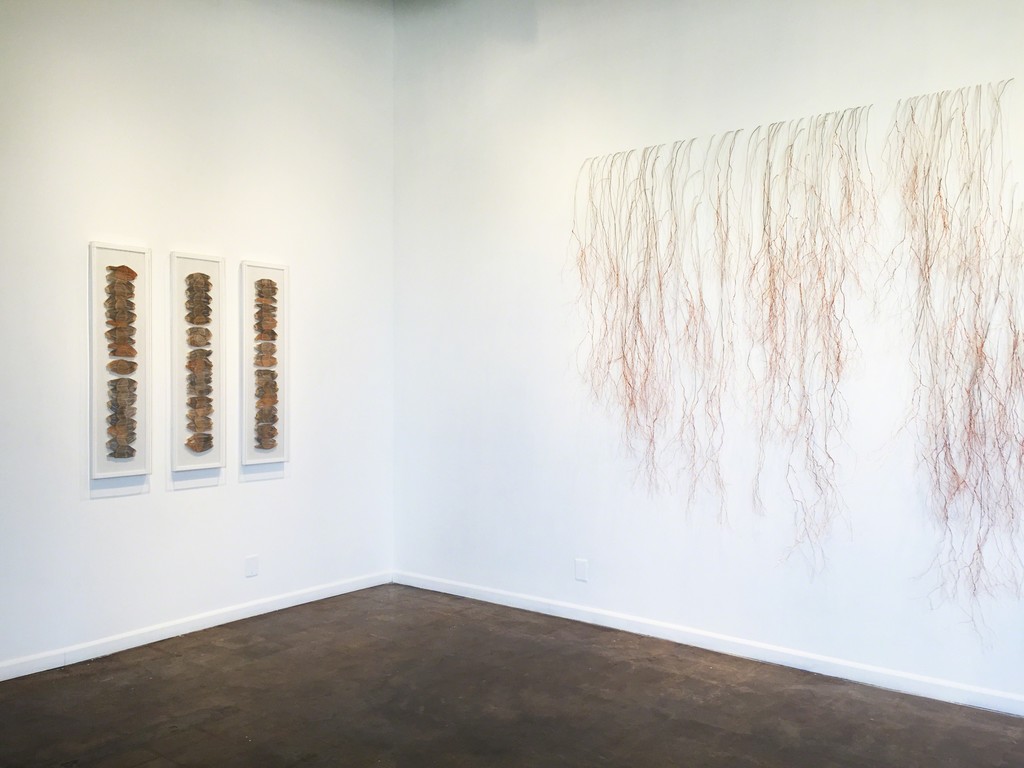 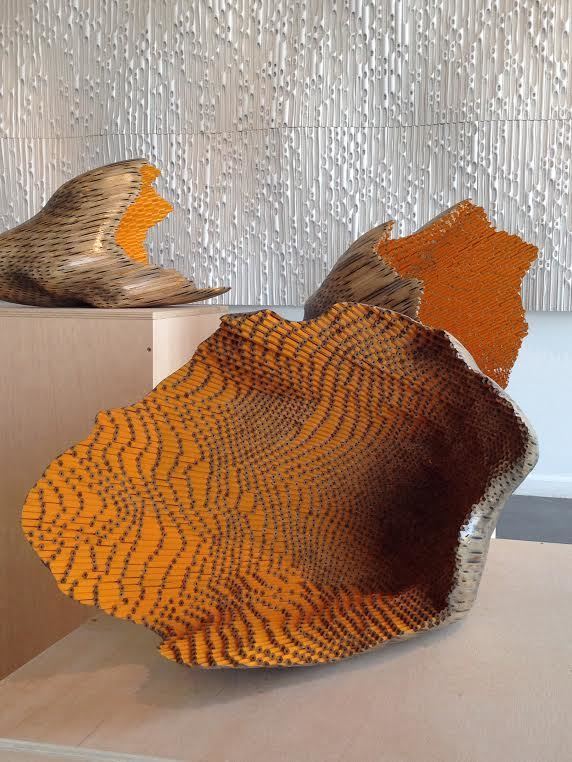 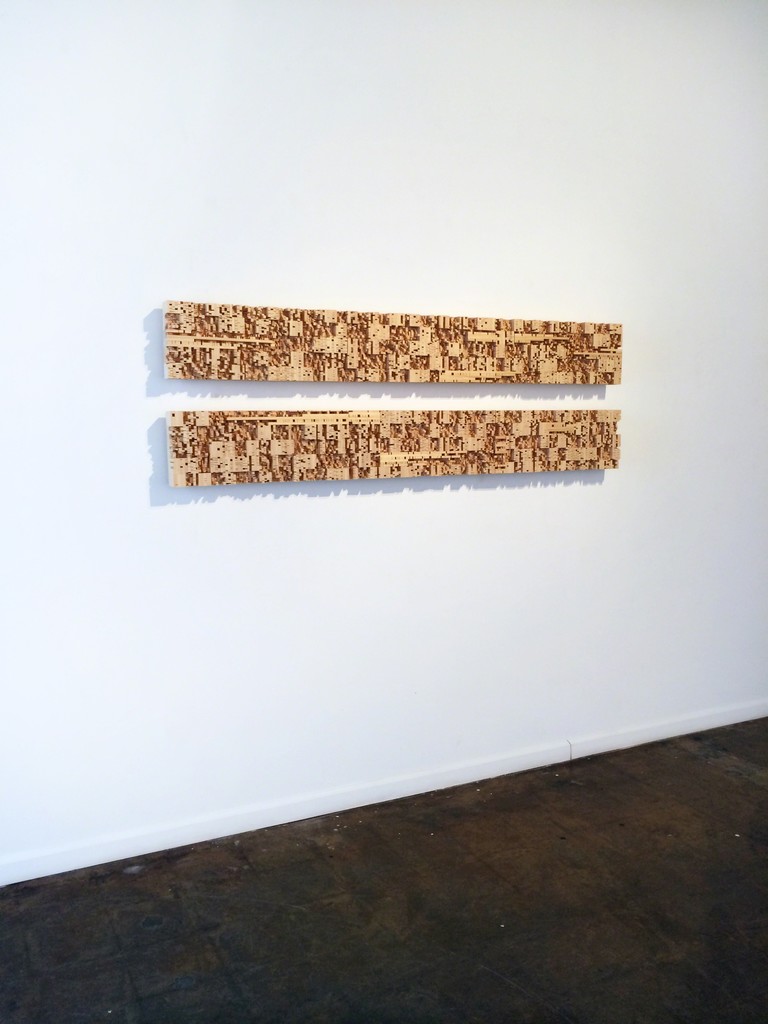 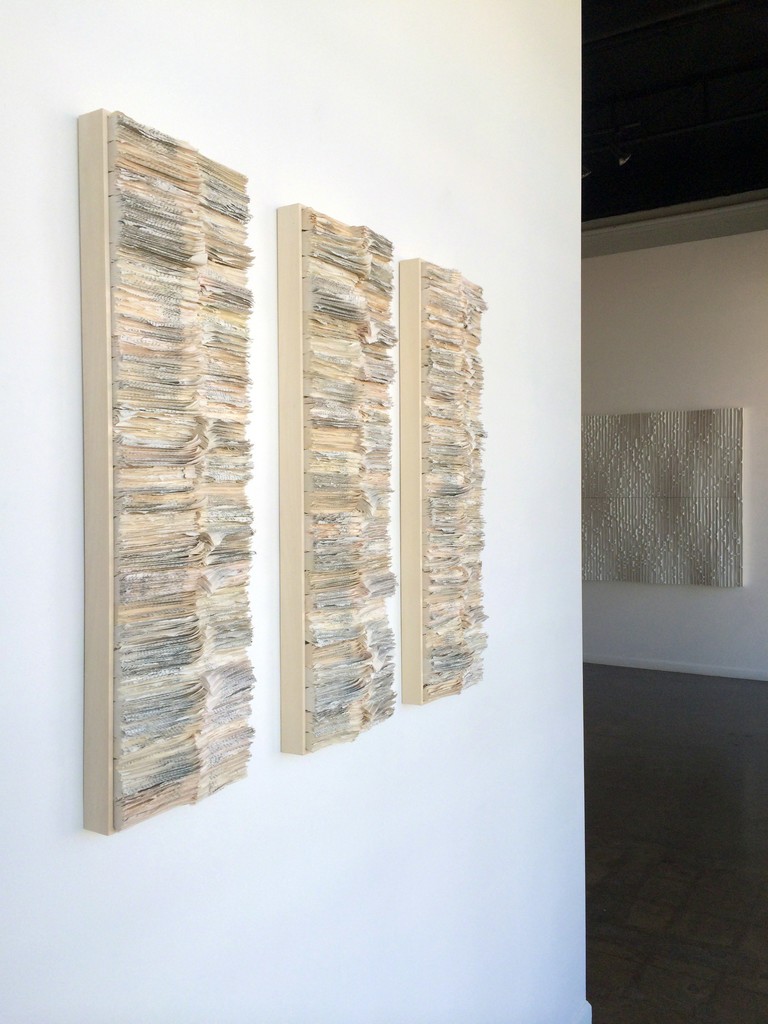 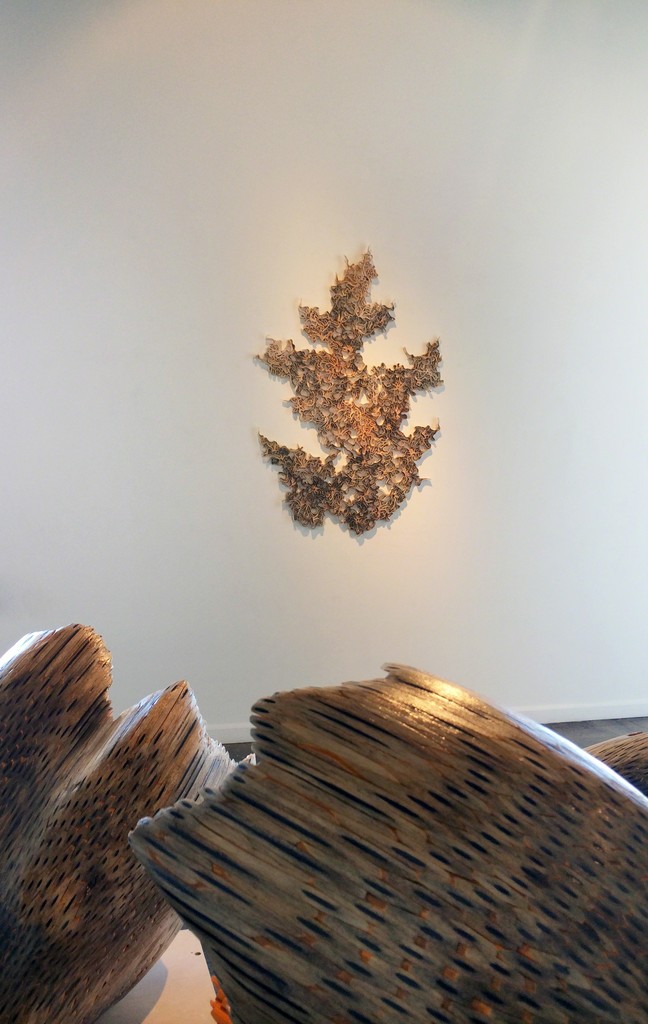 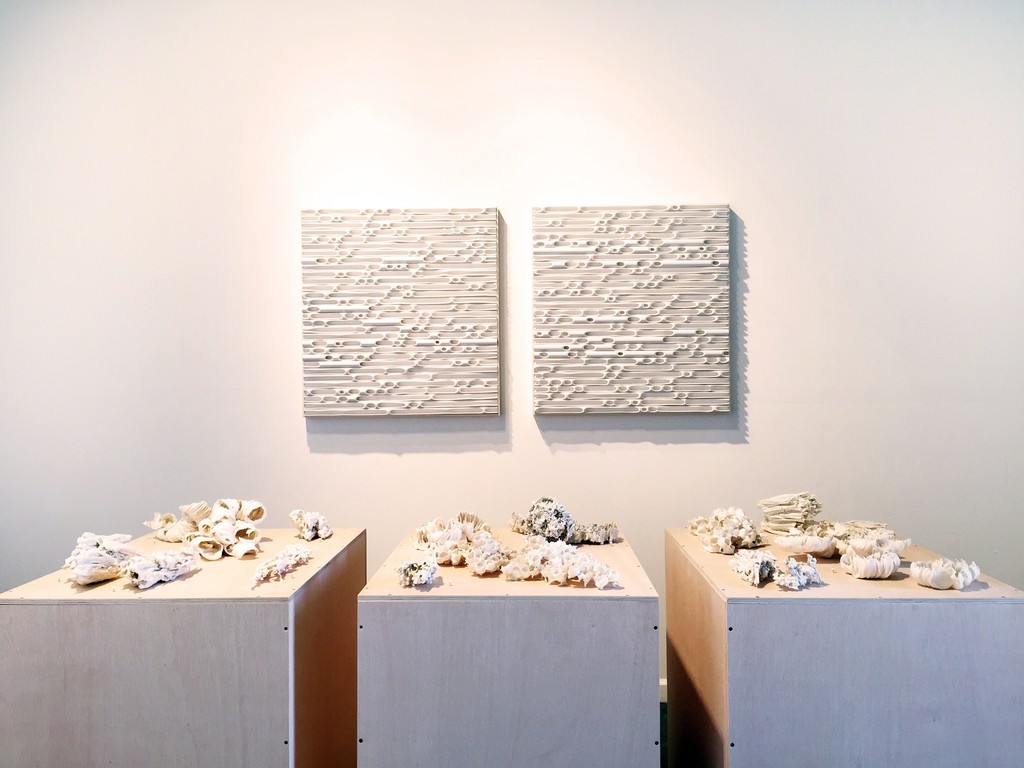 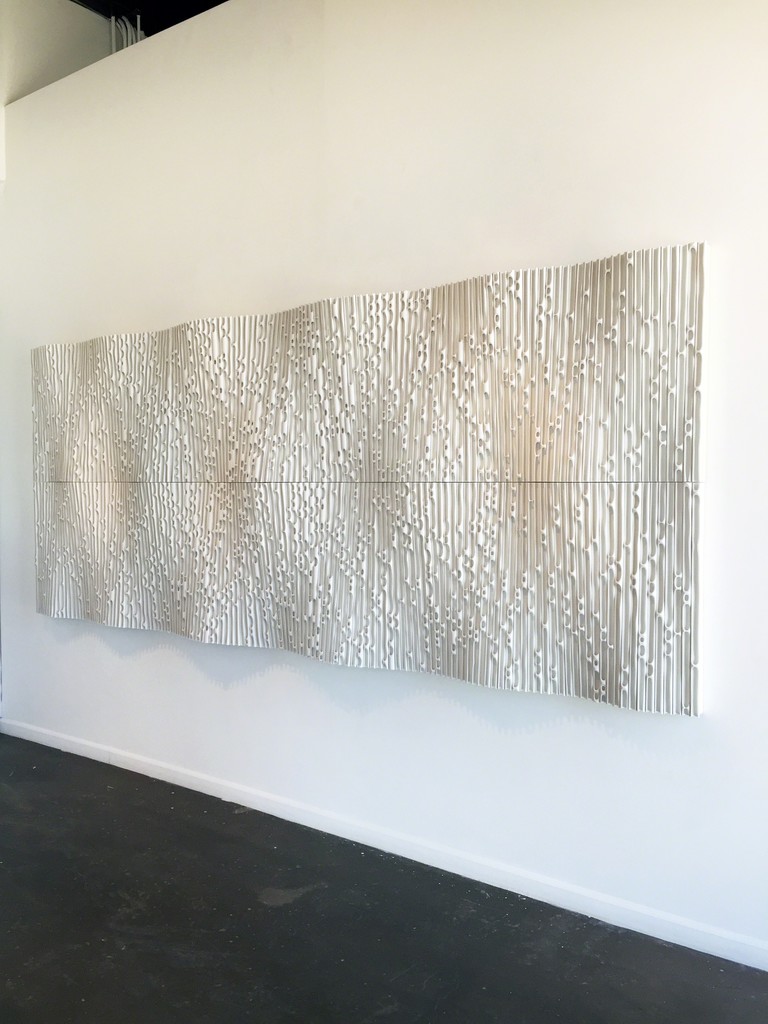 August 4, 2015 – Galleri Urbane Marfa + Dallas is pleased is to announce Ad Infinitum, Jessica Drenk’s Solo Exhibition. The exhibition opens on Saturday, September 12th from 6:00 to 8:30 PM and runs through October 10th. Viewers will recognize transformed materials and objects into new patterns, textures and forms as motifs in the show.

The existence of patterns in nature has inspired scientific theories and are evident constancies of forms found in the natural world. These designs repeat in diverse contexts and can be admired in crustaceans and insects’ exoskeletons, mammals’ skin and fur, leaves, rocks, wood, etc. According to the Pattern Formation Theory: “all patterns served a biological purpose such as sexual selection, camouflage, water flow, signaling, etc.” and Drenk’s fascination is to give them a new life. Ad Infinitum is a synthesis between natural shapes and materials that have interested Drenk’s throughout her quest for inspiration. “I always want to push my materials to a place where they are still recognizable as “book”, “wire” or “wood”, but have taken on new forms beyond those original definitions. In working with materials I tend to forget what they are; seeing them instead as something malleable with potential to become a fascinating new shape.”

Raised in Montana, Jessica’s love and study of nature started at an early age. In Ad Infinitum, she conveys her constant endeavor to create objects that reflect equilibrium between complexity and simplicity and that are both additive and subtractive.

Drenk’s work can be found internationally in private collections, as well as corporate and university collections within the US. She has been the recipient of several awards including an Artist Project Grant from the Arizona Commission on the Arts, and the International Sculpture Center’s Outstanding Student Achievement in Contemporary Sculpture Award. Her work has recently become a part of the Fidelity Art Collection and the Yale University Art Gallery.

The public is invited to attend an open reception to honor the artist starting at 6:00 PM on September 12th, 2015.