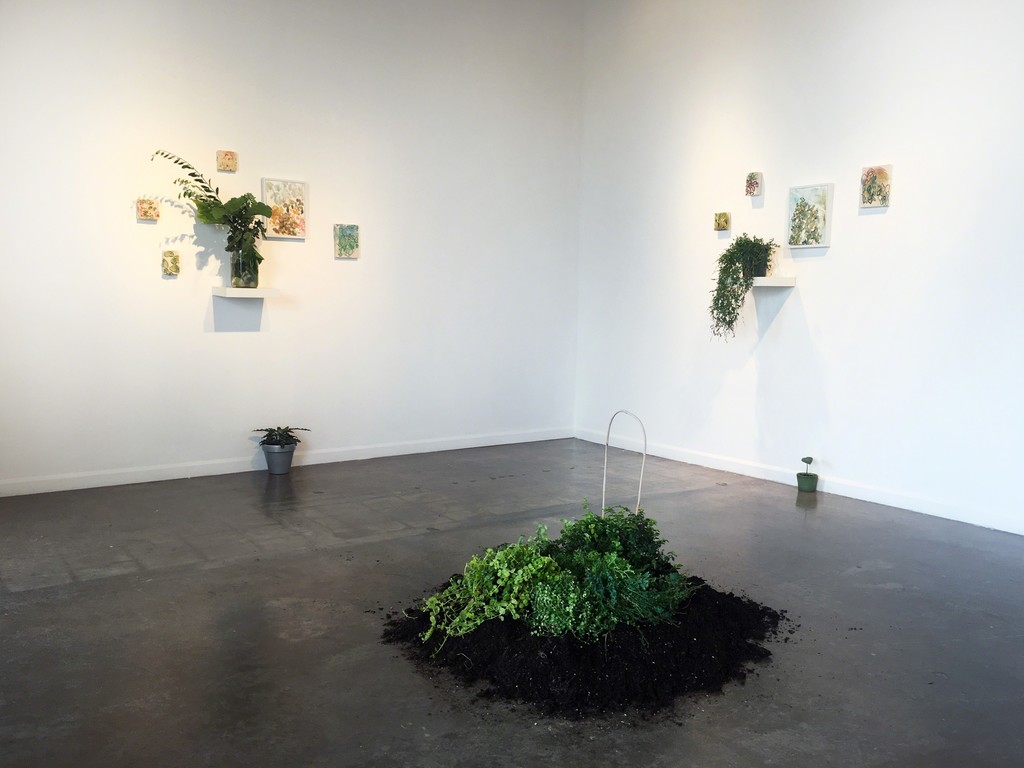 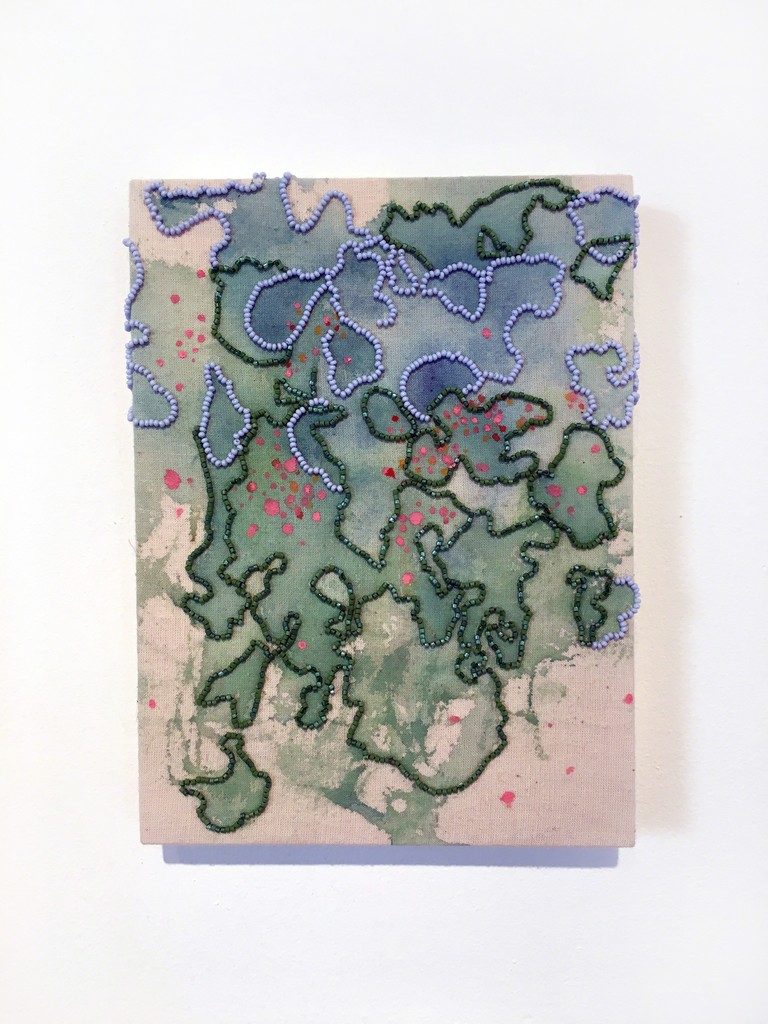 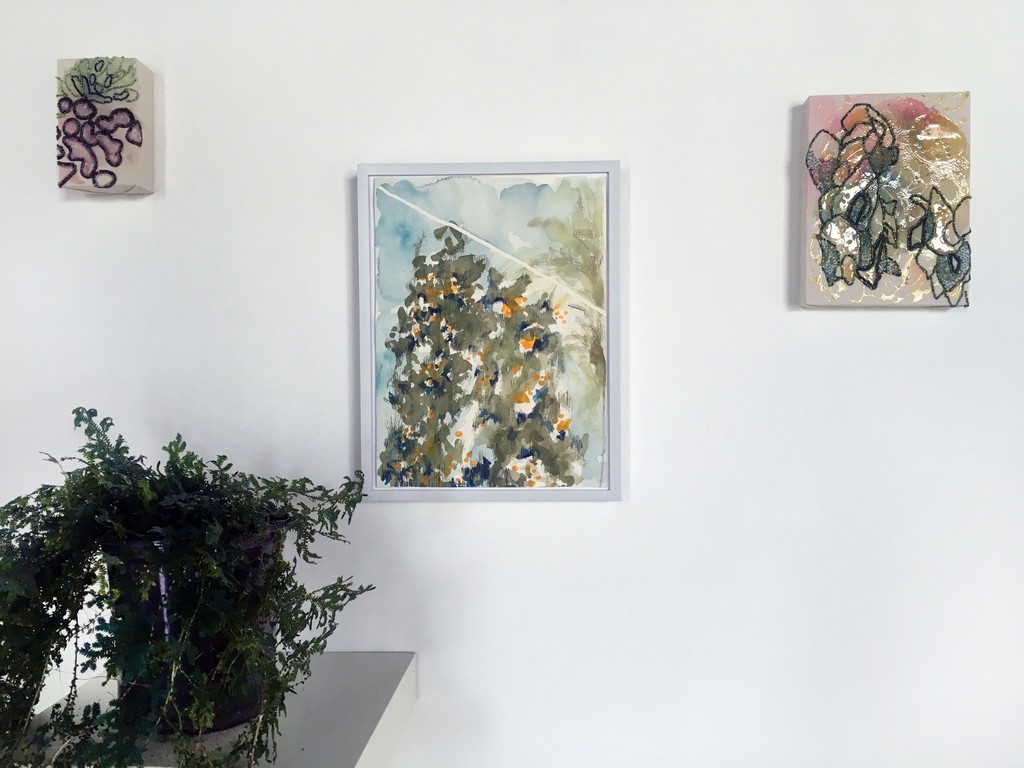 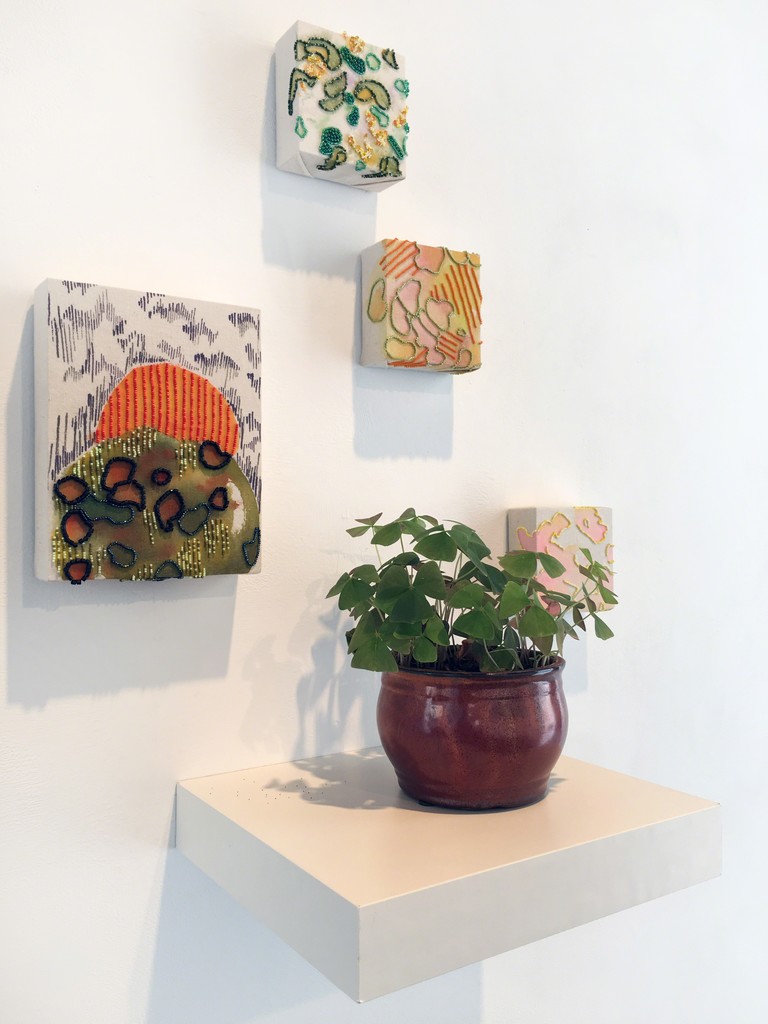 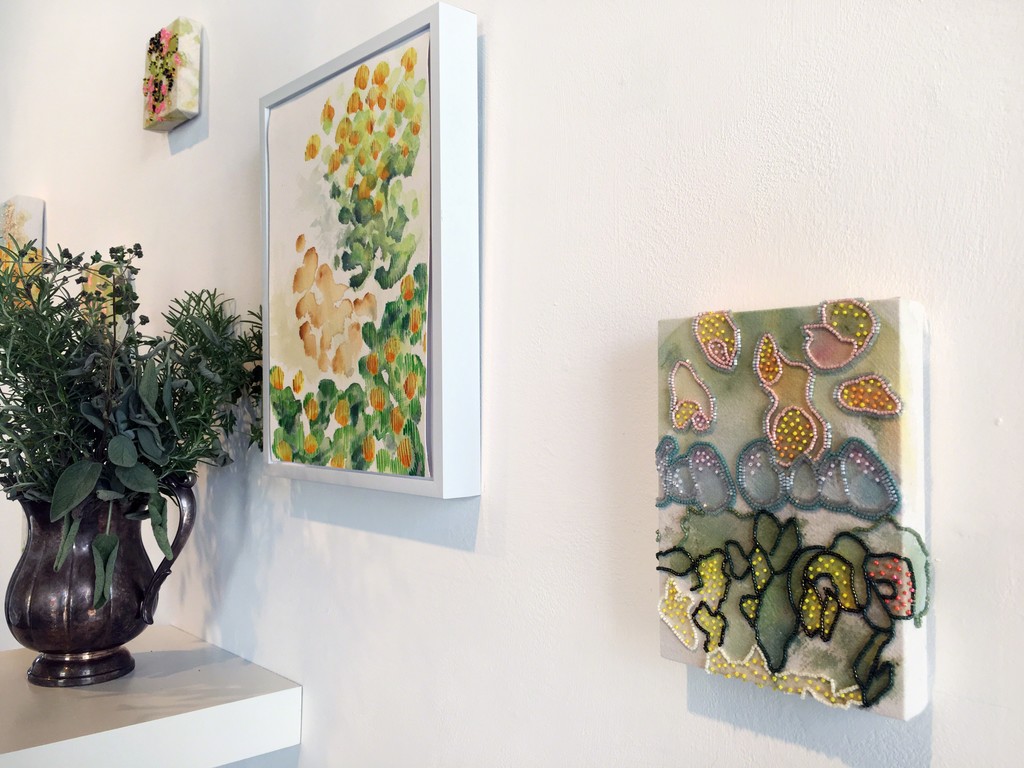 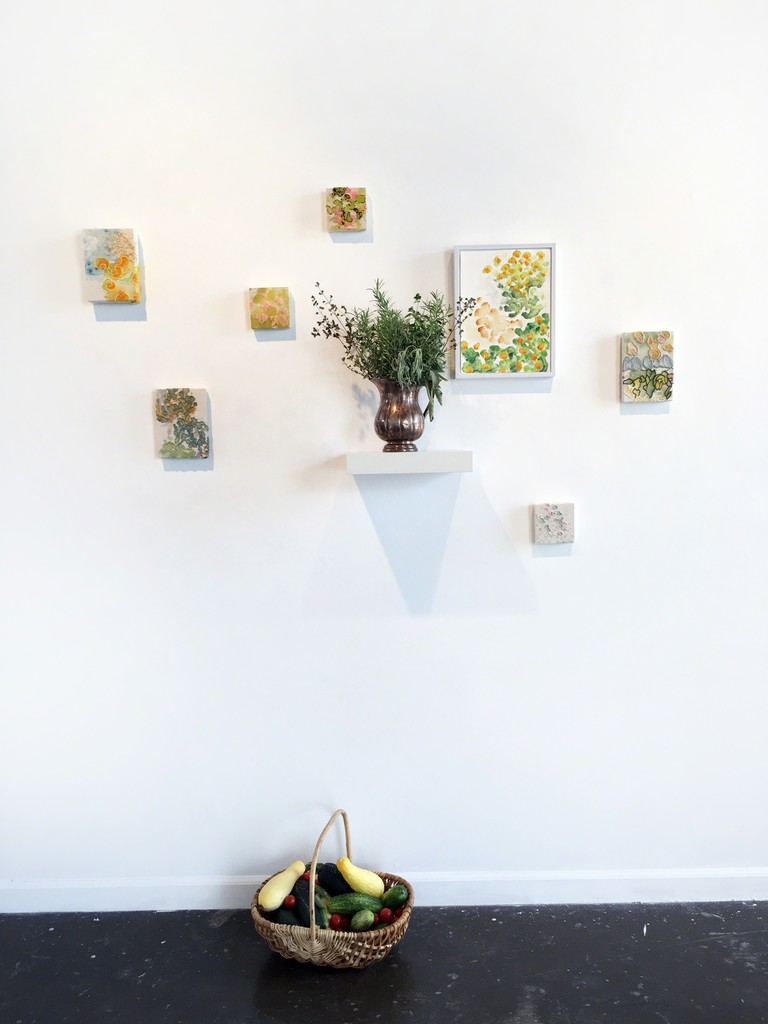 Multiple experiences came into play while creating the works for Backyard Daoism. Rigdon’s adjustment to the Dallas gallery scene was one significant experience she drew upon in the process. She describes the scene as “so very different from Austin; gallery guests come in well-dressed groups and stand with their luxurious backsides to the works. A pure lack of applicable conversation.” Rigdon found refuge in the cultivation of her home studio garden, where she experienced greater stimulation and engagement in learning to produce a healthy, thriving garden. For Rigdon, gardening demonstrated the Dao, or the Way of life; “My eye could find peace and enjoyment, there was a way. A way through the Dallas seasons, a way through being upset with the change of life. I became a Backyard Daoist.”

The creation and appearance of the works themselves provided a similar meditative solace for Rigdon. As she states,

“With the previous romantic body of work, I had applied a more rigid structure to my life and the embroidered work; every circle had to be complete, every French knot tied 3 times, every bead row multiplied twice, and human-machine-like packaging. I am bound to a less cruel internal master now, this is visible through the looser watercolor backgrounds and slightly less fussy embroidery. I had come across this current aesthetic while visiting Hollywood Hills backyard, there were large avocado trees with murky greens that popped with California light. To quickly capture that light, I grabbed a watercolor rag and dotted it with pigment. It was so dreamy. I took that rag back to Dallas and the series issued from there.“

Rigdon’s visceral, intuitive works soothe the eye like the lush greenery of a backyard garden. As one’s eye spans the organic beaded and embroidered forms paired with the blue-green blots and blotches of watercolor and gouache, one feels a sense of calm. With careful observation of each piece, one indeed begins to sense a human manifestation of the Way.

Galleri Urbane will host an opening reception for Backyard Daoism from 6 to 8:30 PM on Saturday, June 25. Side-by-side with Danny Rose’s show, The Sun Shines Blue, the exhibit will run through July 30.

Artist Cat Rigdon received her bachelor’s degree in Fine and Studio Arts from Texas State University. She has previously shown at Galleri Urbane in 2014’s Core Samples juried show. Rigdon works as a Lead Cataloger of Decorative Arts for Heritage Auctions and currently resides in Dallas.