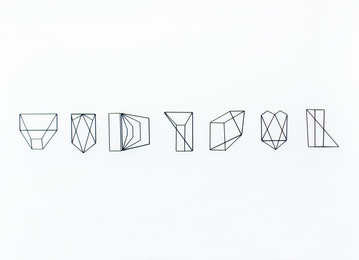 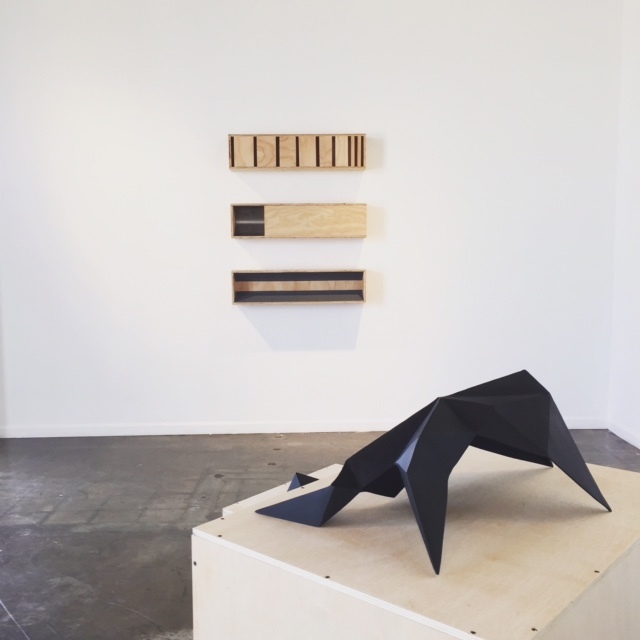 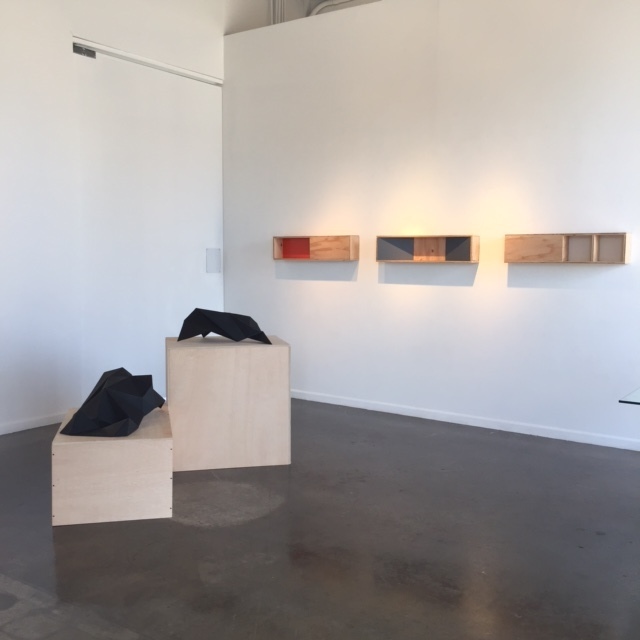 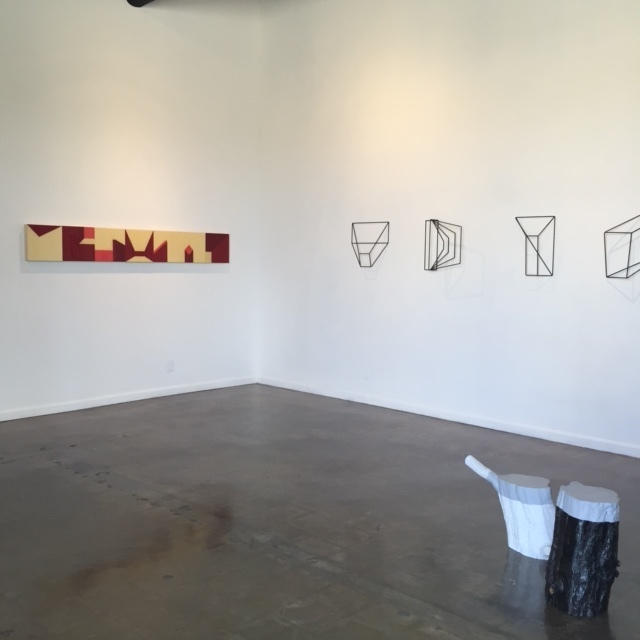 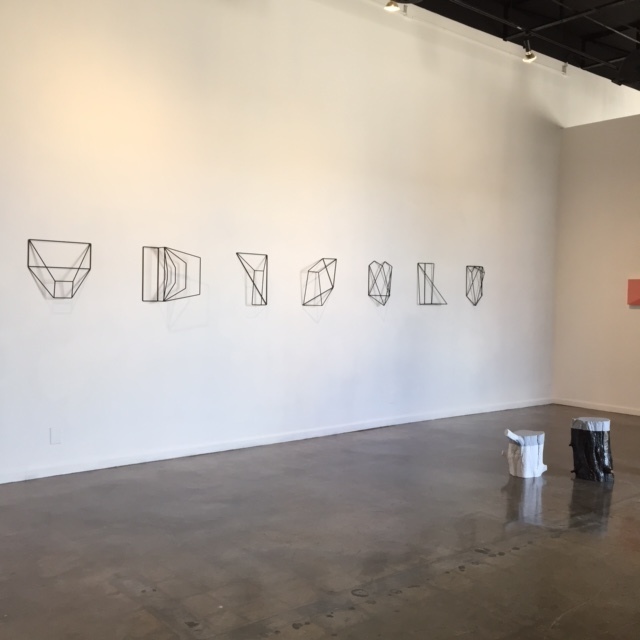 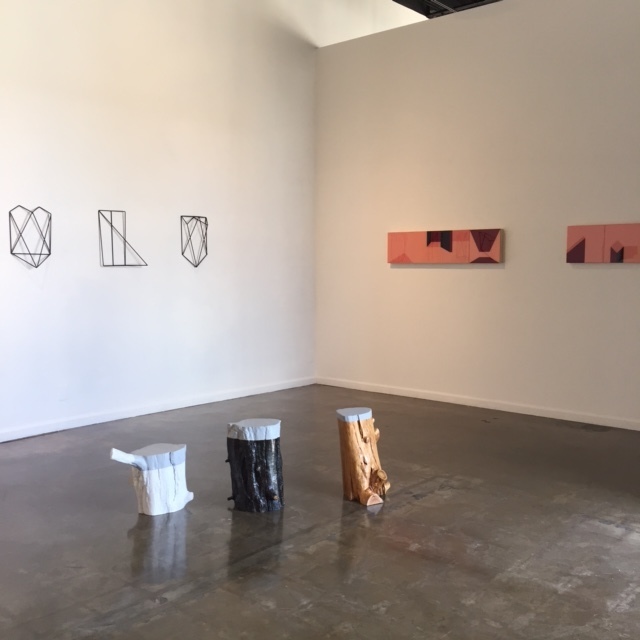 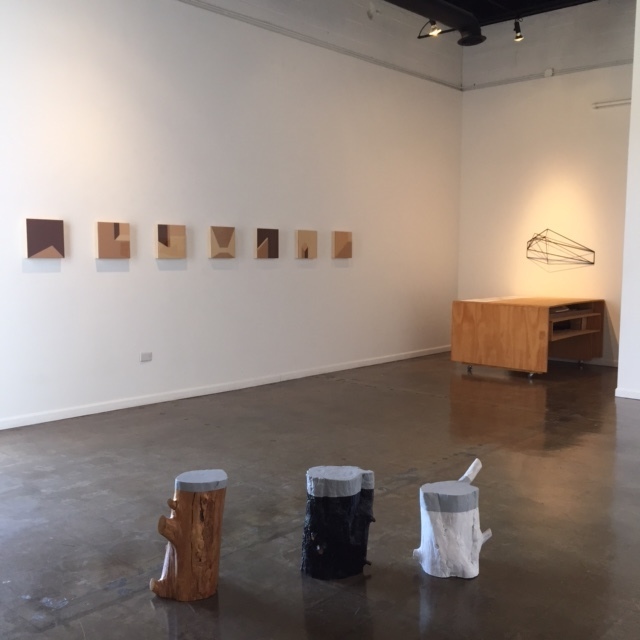 Galleri Urbane is thrilled to welcome back artist Gail Peter Borden to Dallas with his solo exhibition, Controlled Objects. Borden's latest body of work consists of elaborate two-dimensional geometric patterns, architectural resin paintings, and shallow welded steel sculptures. Both the artist and his work are multidisciplinary in nature, merging diverse subject matter and media, and bridging contrasting though processes. Borden draws inspiration from a diversity of places, perhaps most of all, from our constructed environments -- everyday spaces and the potential within the smallest things. He is interested in space and light and form and material, having been influenced by artists such as Donald Judd, James Turrell, and Sol LeWitt.

Borden's practice simultaneously includes writing, teaching and working as an architect at his own firm. The architectural presence in Borden's pieces and installations is undeniable, yet he creates work based on feeling and experience -- bringing the viewer into conversation. While past shows have focused primarily on the resin panel paintings, Borden conceives of this exhibition as collections of solo pieces, series, and clusters all functioning in concert.

The works in Controlled Objects shares thematic interest, but vary in medium. Paintings, sculptures, and drawings demand multiple geometric perspectives both within themselves and as a larger installation, engaging the viewer and allowing them to view the pieces in multiple dimensions rather than a frame-by-frame basis. The materials are important as palettes but also because they imply form and surface via their inane qualities, physical properties, and associated tools. Borden's practice is driven by the mantra, "thinking through making." No matter the creative or intellectual outlet, his sensibility remains the same: advocacy for things, rooted in a process, that are systematic and effectual.

Gail Peter Borden attended Rice University, simultaneously receiving Bachelor of Arts degrees cum laude in fine arts, art history, and architecture. At Harvard University's Graduate School of Design he completed his Masters of Architecture with distinction. In addition to holding a tenured position as associate professor at the University of Southern California, Borden is the Associate Dean, Architecture Discipline Head and Director of the Graduate Architecture Programs. His books: Material Precedent: The Typology of Modern Tectonics, 2010 (Wiley Press); Matter: Material Processes in Architectural Production, 2011 (Routledge); Principe: Architectural Principles of Material Form, 2013 (Pearson); and Process: Material and Representation in Architecture (Routledge) all focus on materiality. In 2004, Borden received a residency from The Chianti Foundation in Marfa, Texas, culminating in the exhibition Spaceframes, where he was introduced to Galleri Urbane for the first time. Controlled Objects is Borden's third solo exhibition at Galleri Urbane.