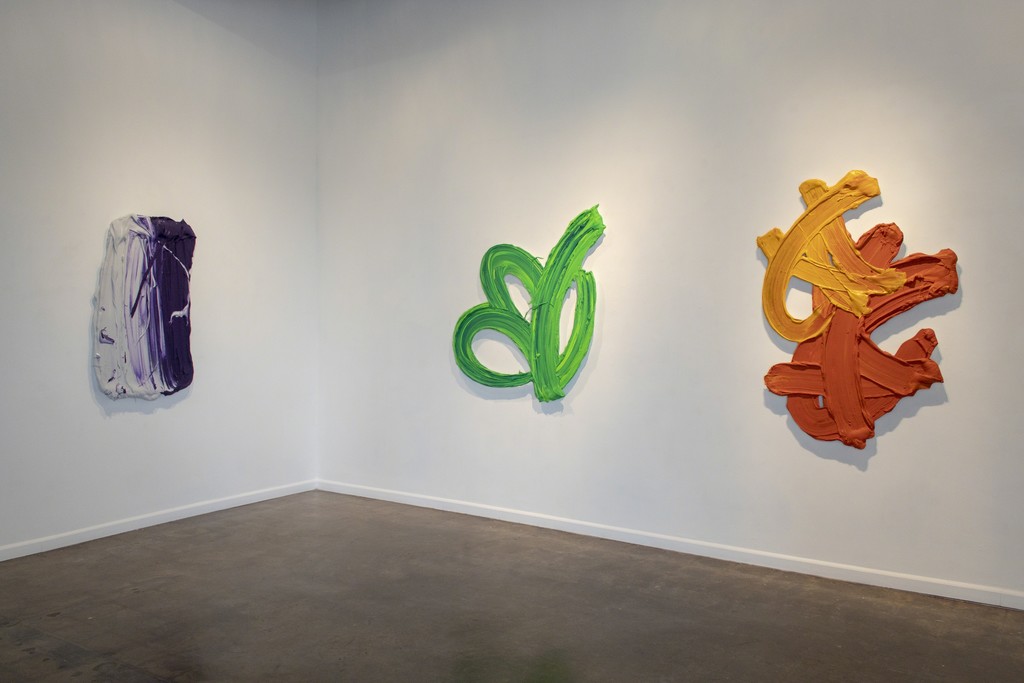 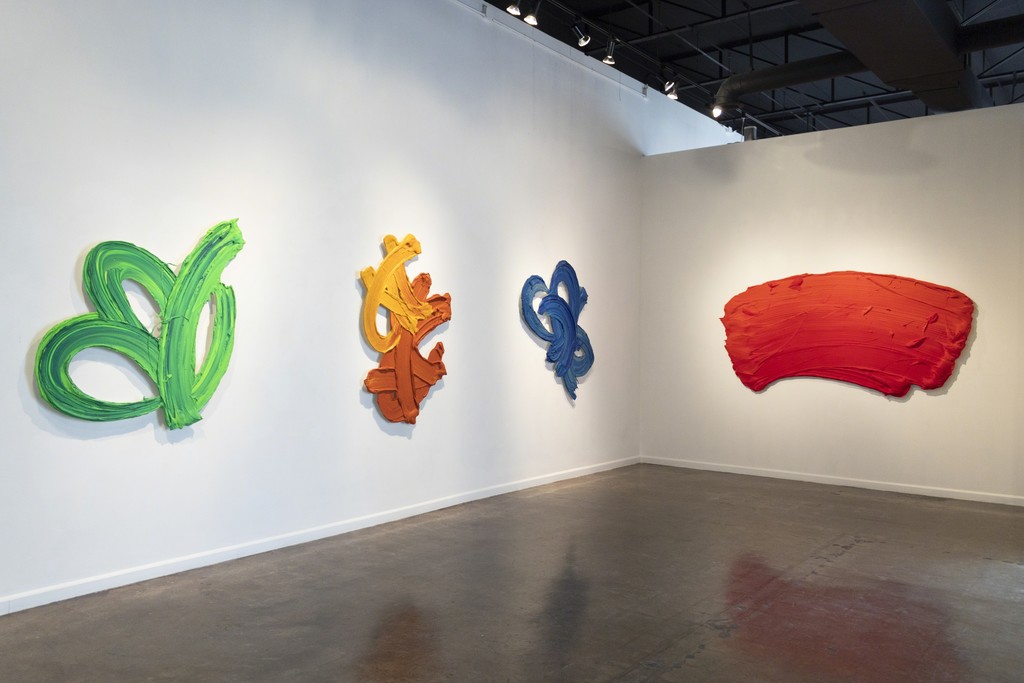 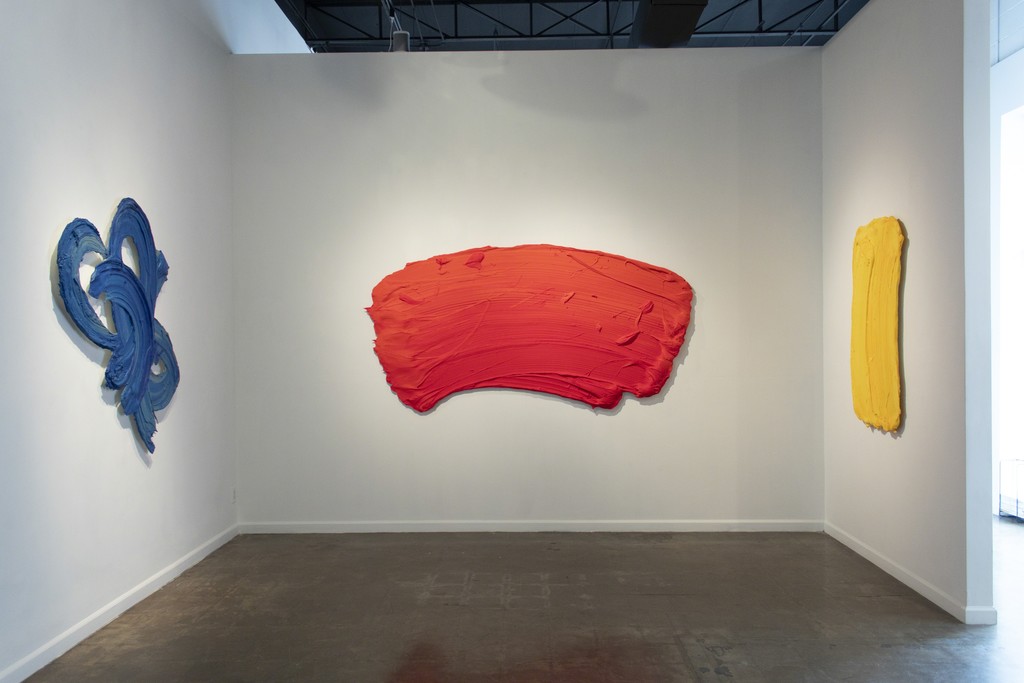 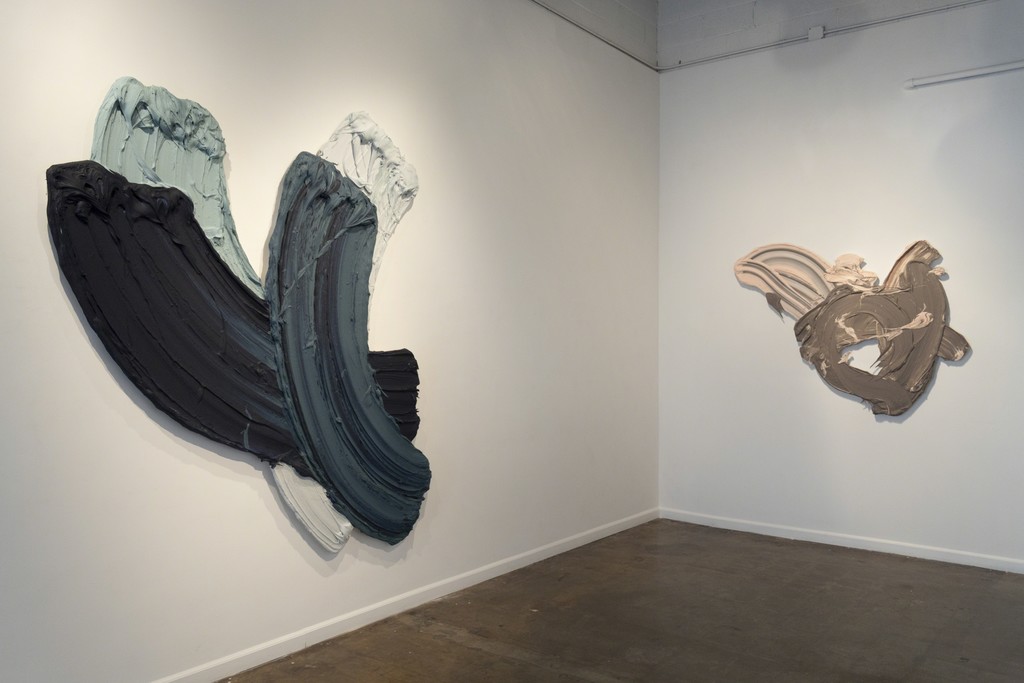 DALLAS – Galleri Urbane welcomes back Donald Martiny for his third solo exhibition with the gallery. Part of our roster since 2013, his career has steadily grown to secure an international presence through museum, gallery, and art fair presentations around the world. Known for his distinctive approach to freeing the act of painting from the confines of a rectilinear canvas, Martiny has continuously developed new approaches to his signature large-scale brushstrokes that obscure the boundaries between painting and sculpture.
Many of these developments have risen out of the demand for large scale commissions. Two works created for the lobby of New York’s One World Trade Center and a recent outdoor installation for a German private collection each required equal parts artistry and engineering. Other developments over the years have brought new experimentations with color. Earlier works utilized monochromatic color schemes that offered clarity and directness, while many recent paintings contain multiple colors that emphasize the work’s architectural complexities.
Yet, what has remained constant is Martiny’s desire to create paintings that provide viewers with a physical experience that transcends the typical passive observation associated with looking through the “portal” of a rectangular canvas. Discussing his commission in New York, Martiny is quoted: “I wanted these works at 1WTC to live in the same space and time as the viewer. Specifically, I wanted viewer and work to coexist, for the work to offer a direct and visceral experience without illusion or separation.”
The work in Epistrophy is in some ways the accumulation of these developments and concerns, providing viewers with the latest pieces created in the artist’s North Carolina studio; however, named after a modern jazz standard of the same name by Thelonius Monk, the exhibition is a reflection of the improvisational approach Martiny enjoyed while making the work. Disengaging reason, calculation, and a priori influences, he set out to produce new paintings that provided a clear, authentic expression from within. The works utilize a complex color scale, alternating between warm and cool, high and low key, and surfaces that

incorporate both matte and gloss paint which, altogether, lend a fresh outlook on the artist’s prolific practice.

A public opening reception for Epistrophy will take place at Galleri Urbane in Dallas on Saturday, October 13th, 2018, from 5:30-8:30pm, including an introduction by the artist at 5:30pm.

Donald Martiny was born in Schenectady, NY in 1953 and currently lives and works in Chapel Hill, North Carolina. He studied at the School of the Visual Arts, The Art Students League in New York, New York University and the Pennsylvania Academy of Fine Arts. Museum exhibitions include the Fort Wayne Museum of Art, Courtauld Institute of Art, Alden B. Dow Museum of Art, Falmouth Museum, and the Cameron Art Museum. In 2015, Martiny received a commission from the Durst Organization to create two monumental paintings that are permanently installed in the lobby of One World Trade Center in New York City and also received the Sam & Adele Golden Foundation for the Arts Residency Grant. His work has been featured in Huffington Post, NPR, Philadelphia Inquirer, VOGUE LIVING | Australia, New American Paintings | South, Decor Magazine, Hong Kong Tatler and Woven Tale Press. Martiny’s work is represented by galleries in Europe, the US and Australia and his work is collected internationally.