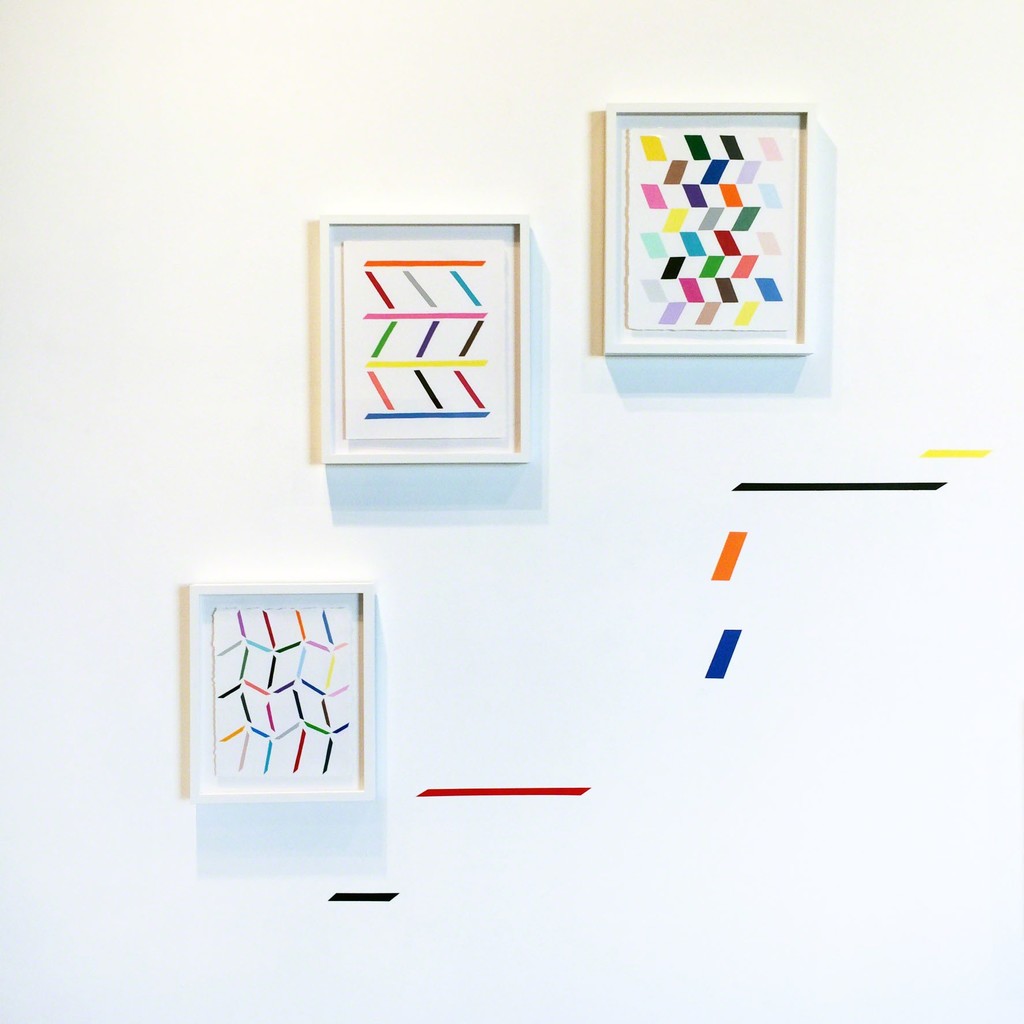 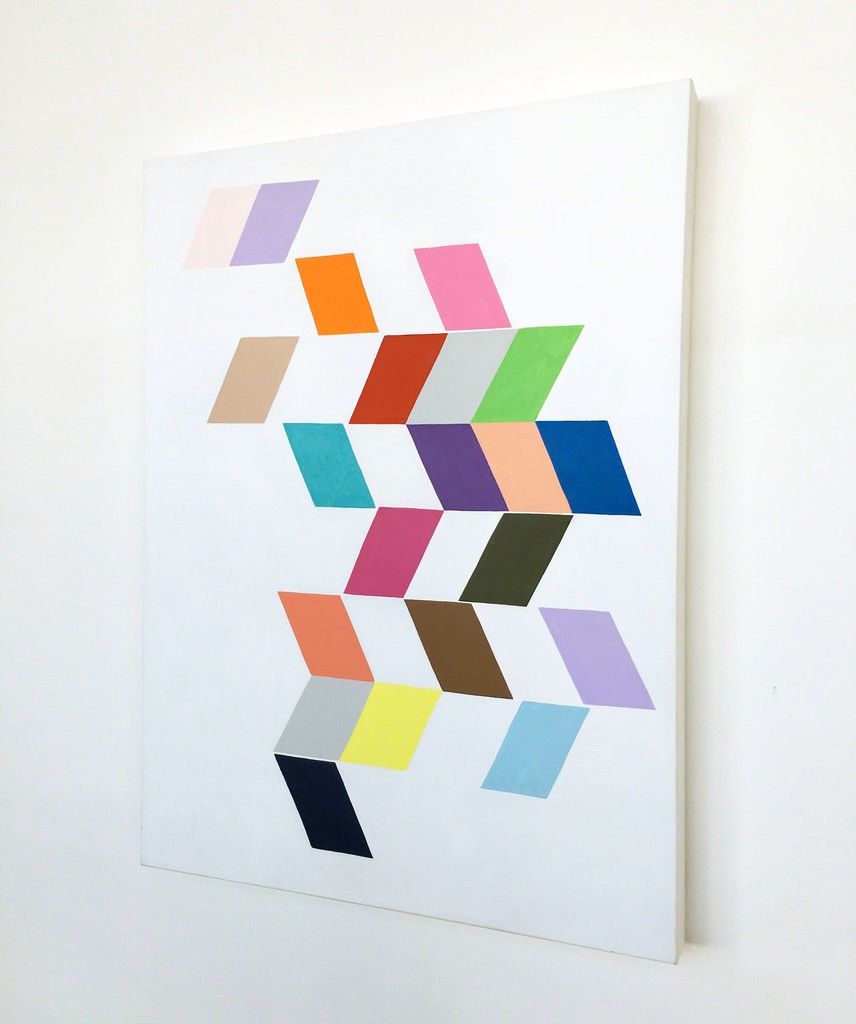 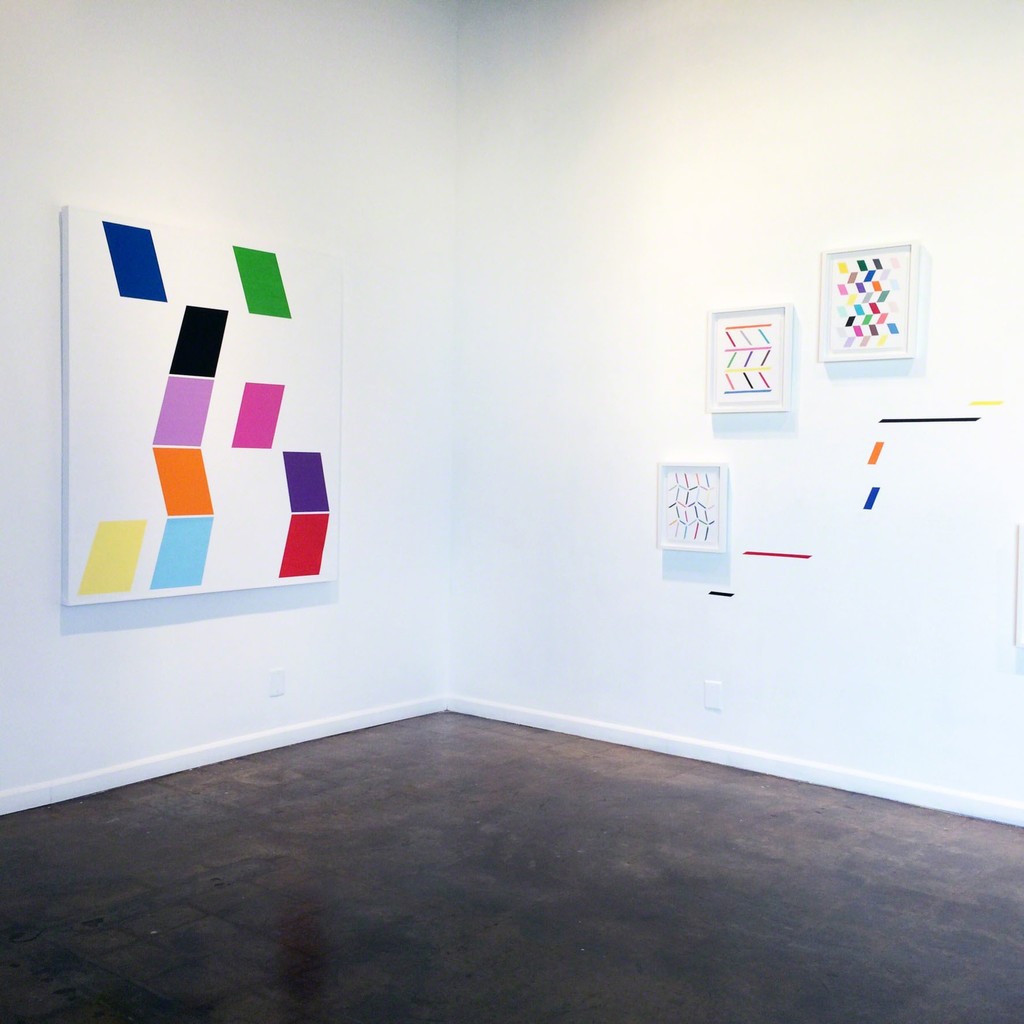 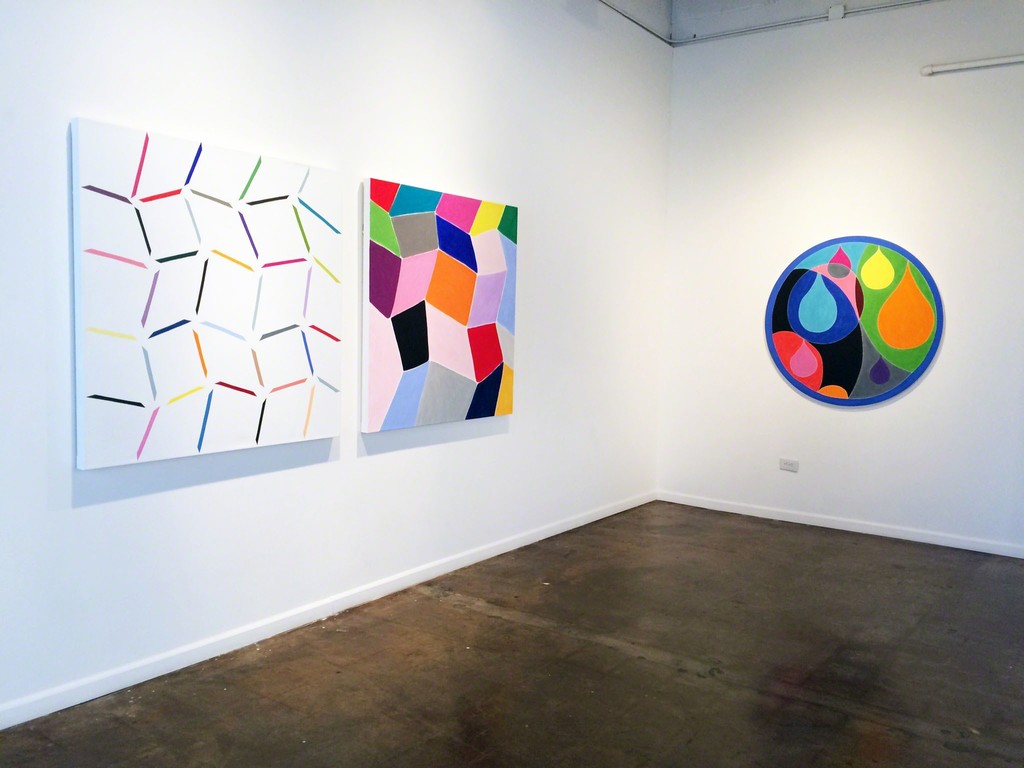 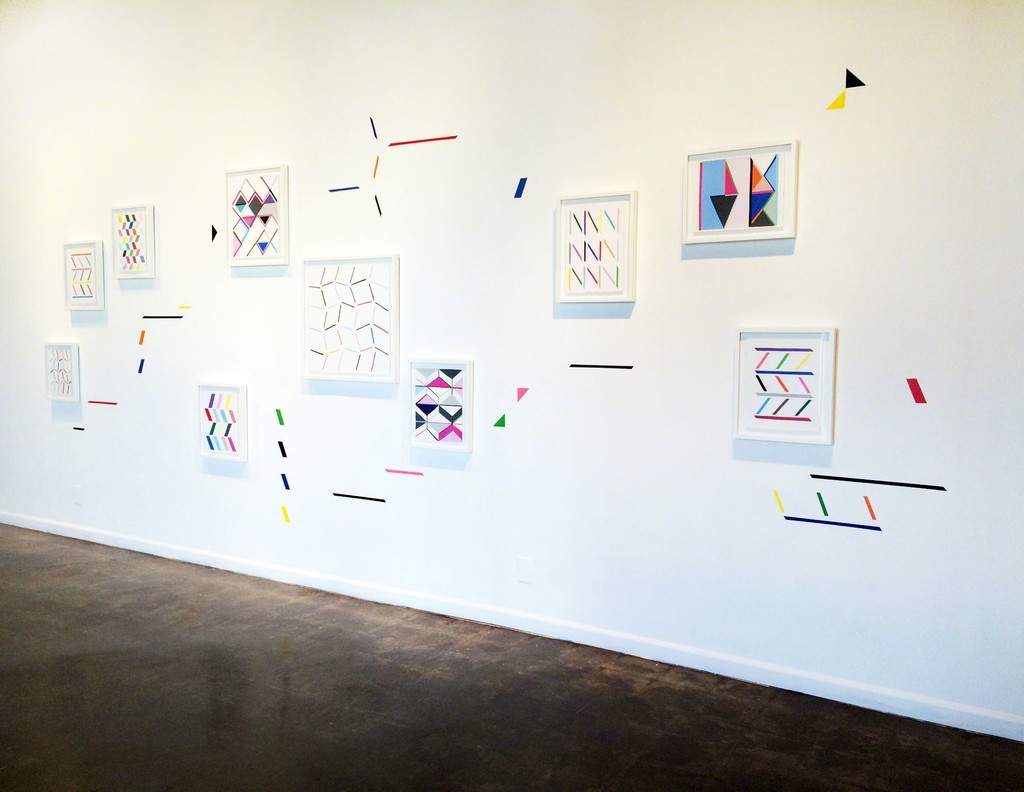 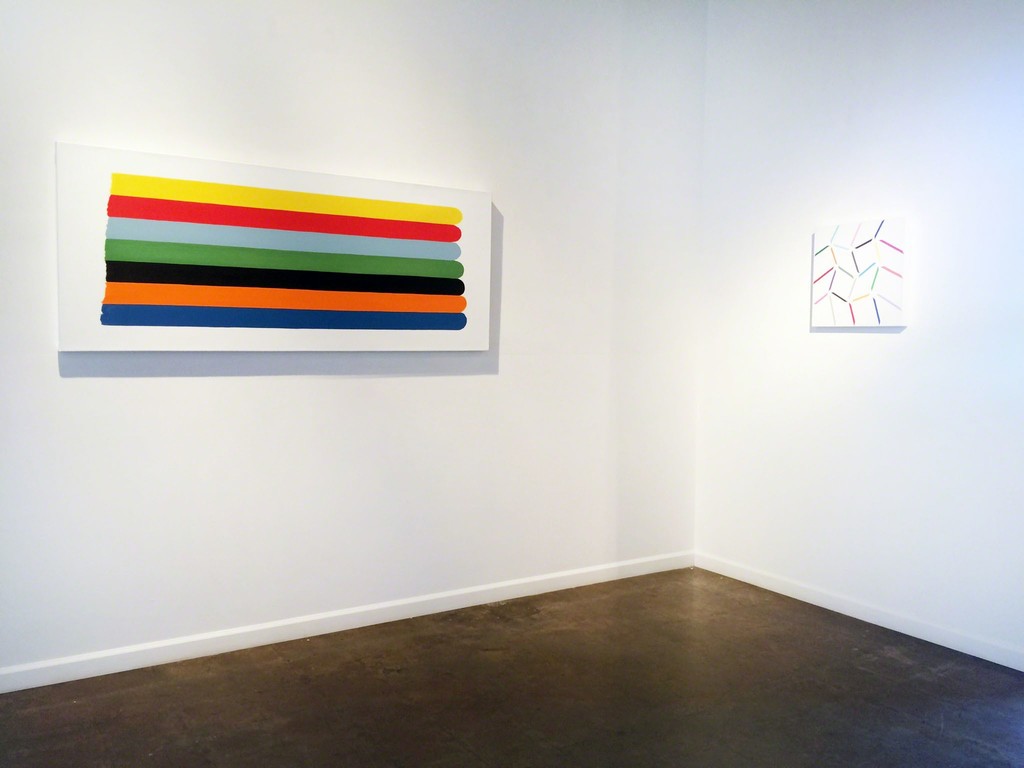 In Refraction in the Line of Sight, Snow’s works are inspired by percussive rhythms and Corbusier’s classic Dom-ino Effect, so-called because the houses could be linked end to end like dominos, and hyphenated to combine domus and innovation. Audience will recognize isometric grid motifs, deflected at the junctions with a silent boundary. “At this point, the boundary is silence or space, depending on the metaphor the mind is drawing out. Whether that metaphor is based on sound, through music, or sight, through architecture, the pattern is in continual movement” says Snow. The show also includes a pulsating tondo painting, providing a counterpoint to the tempo of the other angular artworks.

Dell’s show, Dreamland, is part of a larger series called Sightings, which reference Area 51, the secret military base in Nevada and a topic of fascination for conspiracy theorists and paranormal enthusiasts. “This is a reference to our human tendency to see what we want to see, what we hope to prove. Area 51, as a mythical place, is a locus of desire, longing and conspiracy” says Dell. In Dreamland embossed imagery is depicted with illusory colors that swing and flux in contrast with colorlessness, making the works both decidedly graphic and inconspicuously photographic. Elements of motion are constant and put viewers’ desires in question of how much they cooperate with facilities of perception. “Each image is a bit of a promise, a gift that never quite gives” adds Dell.