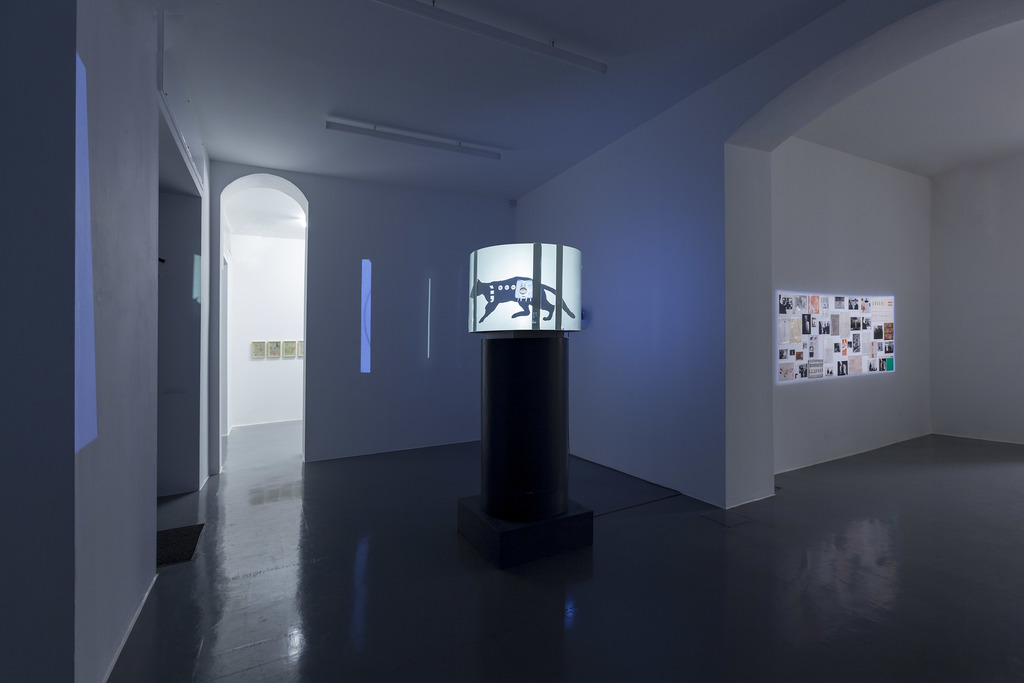 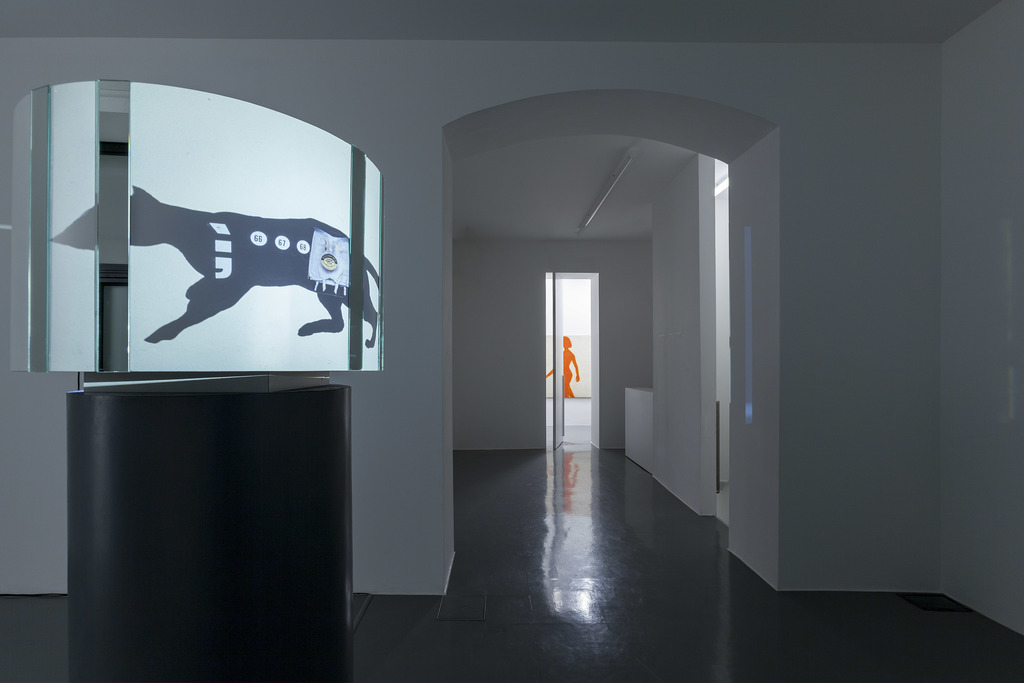 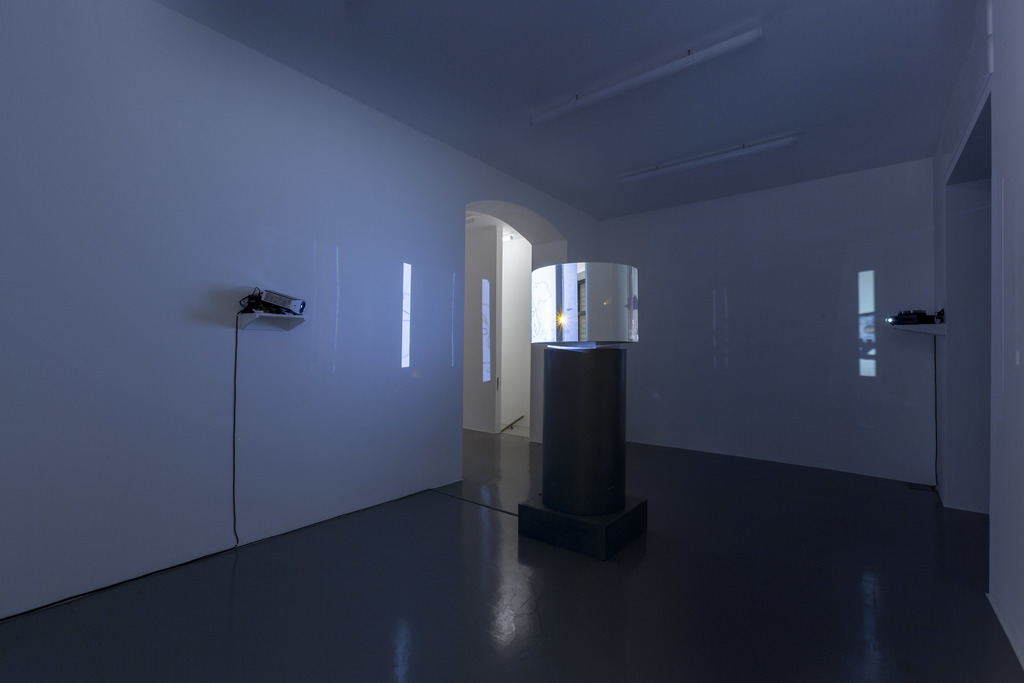 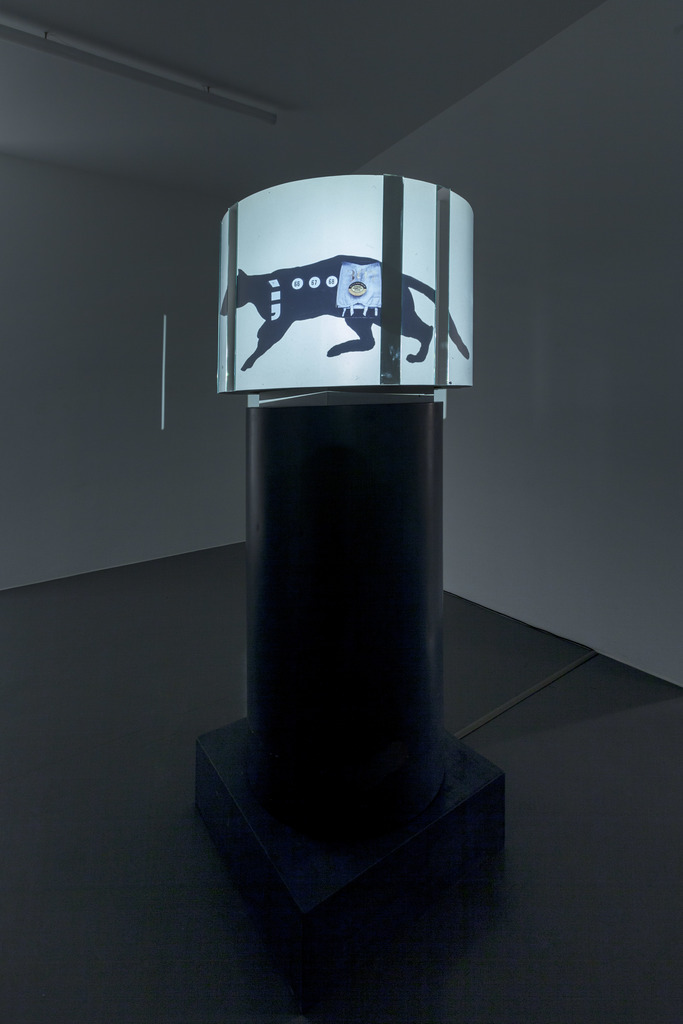 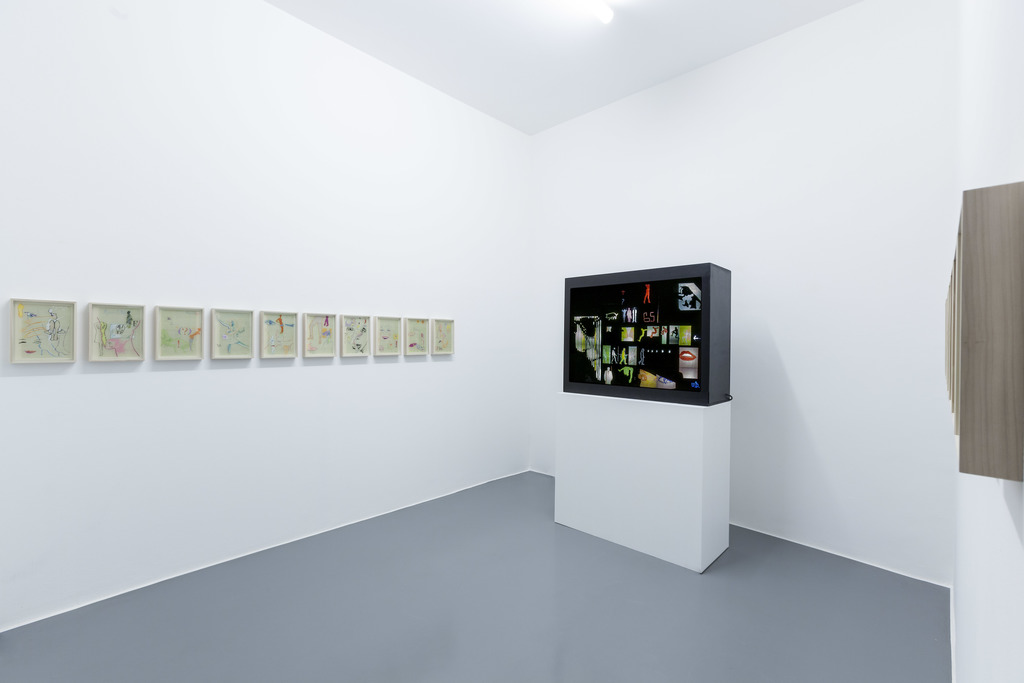 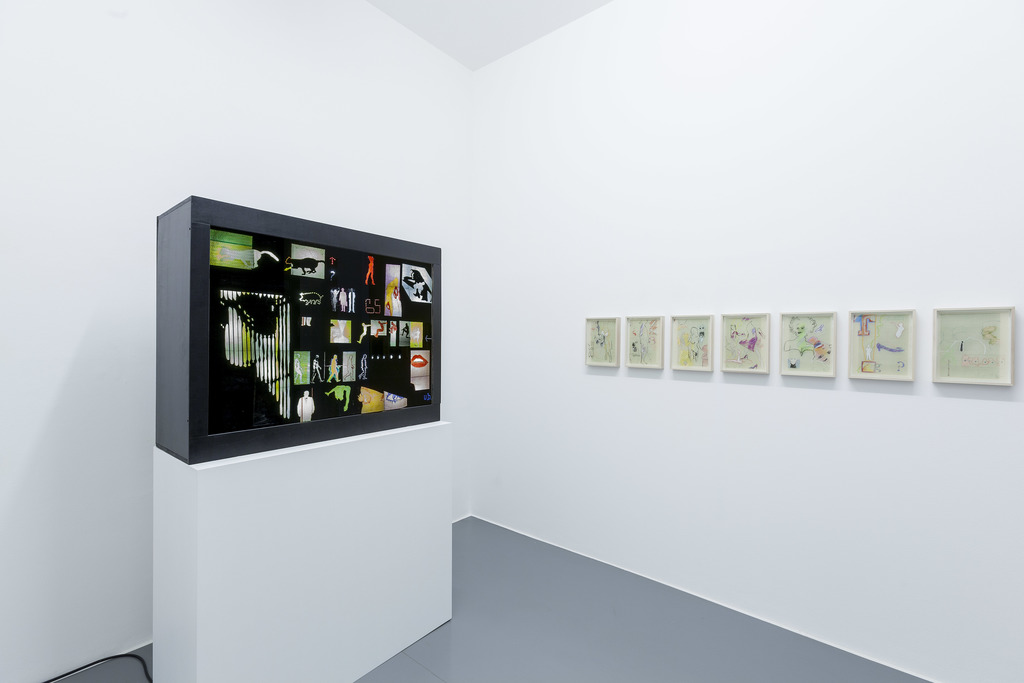 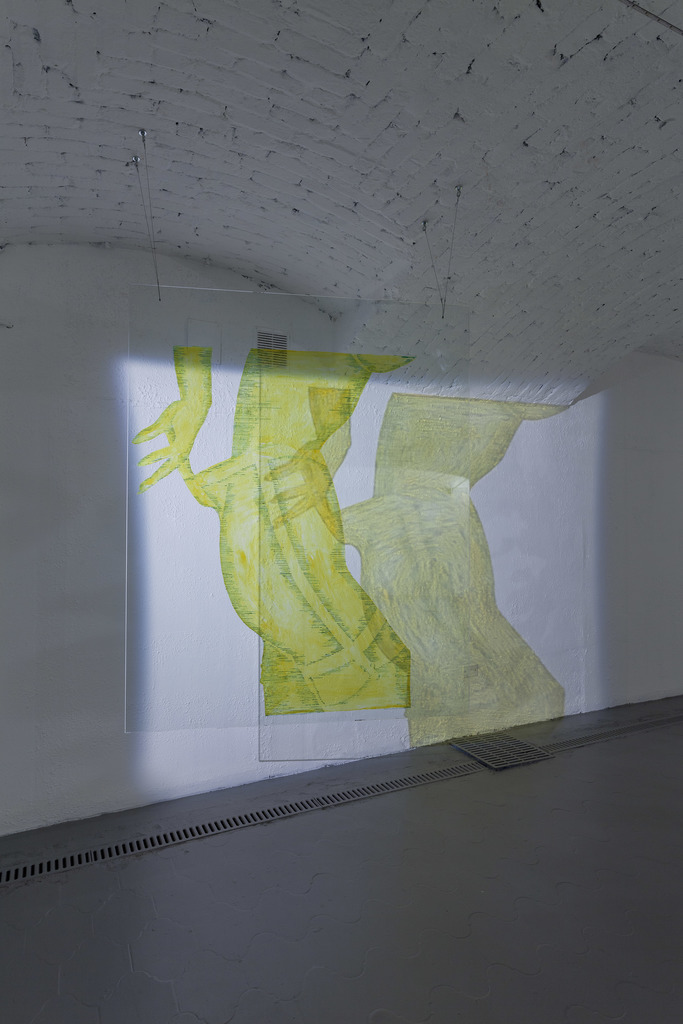 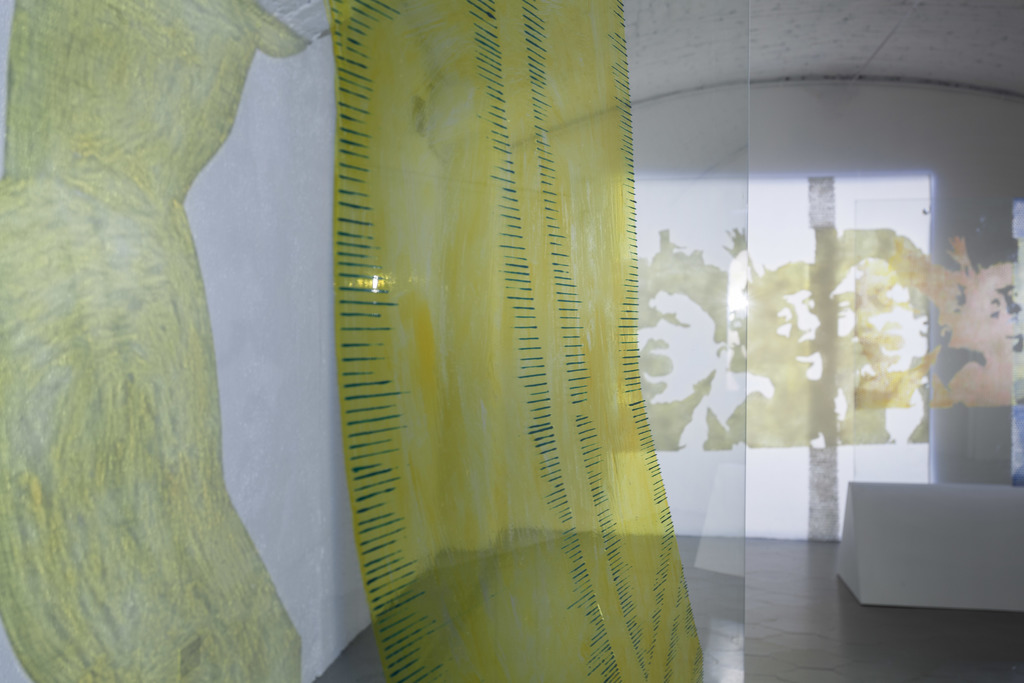 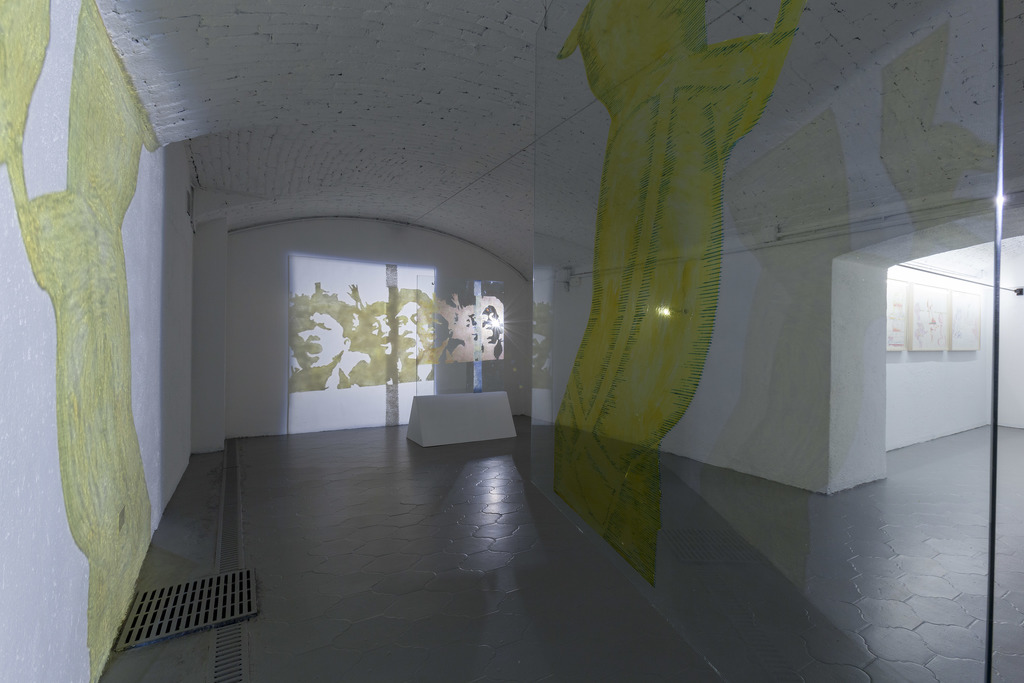 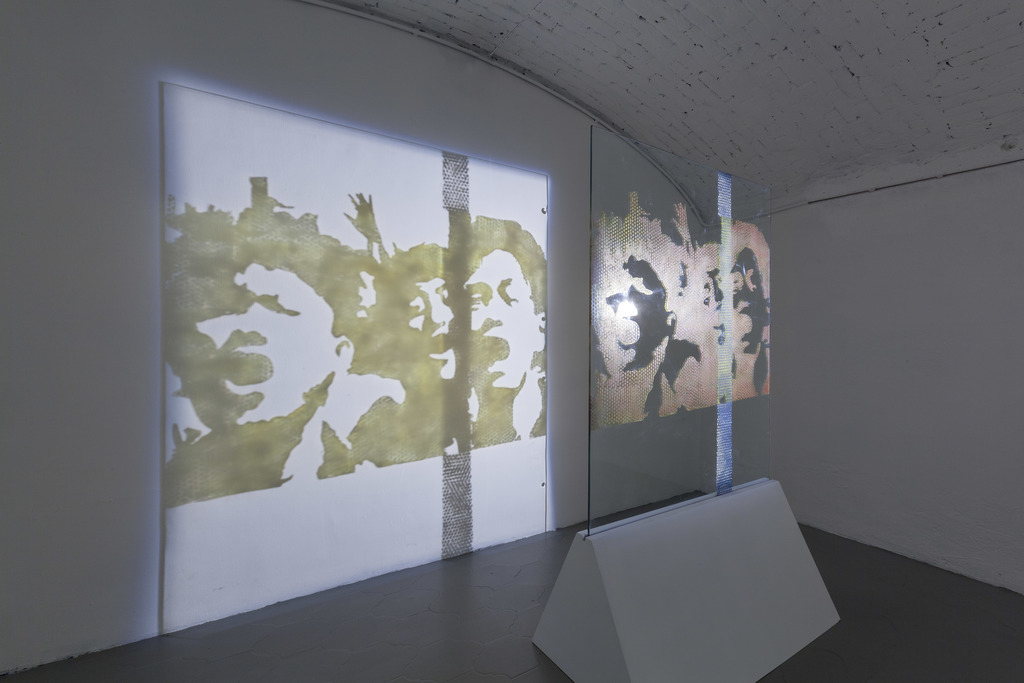 Umberto Bignardi (Bologna, 1935; lives and works in Milan) emerged as a pioneer of visual and multimedia experimentation as early as the beginning of the 1960s. At the time, he was living in Rome and was one of the leading figures in an inimitable period linked to Pop Art, which he approached with a certain self-sufficiency when it came to the imagery of his peers Schifano, Festa, Angeli and Fioroni, with whom he nonetheless associated regularly.
This exhibition realized by Galleria Bianconi, which has been promoting and studying the work of Umberto Bignardi for many years through direct collaboration with the master himself. It focuses on four specific years which were absolutely packed with experimental forays and were marked by an incredibly active schedule of exhibitions in contexts today seen as essential in interpreting events in Italy and further afield in that specific period. The exhibition makes reference above all to his collaboration with Fabio Sargentini's L'Attico, Italy's most famous gallery in the Sixties for its avant-garde leanings, the popularity of which reached as far as America. The talk between Bignardi and Sargentini – scheduled to take place during the gallery exhibition in Milan – will be dedicated to this unrepeatable period.
Large works on glass and canvas will be displayed along with a significant collection of mixed media pieces on paper and two works – Fantavisore from 1965 and Rotor from 1967– that are today considered two cornerstones not only in his work, but in the entire history of multimedia installations. Published and unpublished works and documents from the artist's personal archive (including correspondence with Germano Celant, Mario Schifano and Claudio Cintoli) will reconstruct this phase of Bignardi's research through words, supported by a catalogue published specially for the occasion with previously unseen texts and a critical anthology.
In a nutshell, though, what happened in those four fateful years of Bignardi's life?
In 1963, he had a solo show at Plinio De Martiis' gallery, La Tartaruga, where he also participated in the historic exhibition 13 pittori a Roma alongside Angeli, Festa, Kounellis and Twombly, who was one of his peers during this period, as well as others.
In 1965, he held his solo show at Sargentini's L'Attico, where he also exhibited Grande gaine and
Sud-Est Asia, two great works that will be exhibited at Galleria Bianconi along with Fantavisore, a structure in which a mirror allows the viewer to read a cycle of images in sequence. This was the first step in a process that would allow the artist to challenge himself by moving away from design planning towards the dynamic plurality of the "multimedia" structure.
Alberto Boatto, in the critical text accompanying the Sargentini exhibition, makes the following claim about the works on paper being exhibited: "This complex operation is preceded by a necessary familiarity with commercial representation, since one needs to master a method and a vocabulary – a style developed down to the details – before beginning to reconstruct. Above all, commercial language is a filter, an overbearing way of seeing every possible phenomenon that ends up organising itself to take shape within this language". Indeed, a fundamental aspect of this was Bignardi’s ongoing dialogue with the images he tracked down in Italian and American magazines of the period, which he selected and cut out to design his collages.
On 18 June 1966, the Venice Biennale began. Bignardi participated with a cycle of works in the graphic arts section; at the same time, Sargentini was organising a review titled Lavori in corso at the Teatro La Fenice, where Bignardi exhibited Prismobile and Fantavisore.
In October, he was among the stars of Aspetti del ritorno alle cose in Amalfi, curated by Renato Barilli.
In 1967, at Milan's Contemporary Art Pavilion, Guido Ballo exhibited Bignardi’s work alongside Angeli, Ceroli, Pascali, Schifano and other contemporaries. This year also saw his solo show at the Modern Art Agency in Naples, where he made an appearance and issued a statement.
Most importantly of all, however, 1967 was the year of Fuoco Immagine Acqua Terra and IM-SPAZIO. The first was held at L'Attico by Boatto and Maurizio Calvesi, and it would probably be fair to describe it as one of the period's exemplary exhibitions. For the occasion, Bignardi exhibited Rotor (which will be on display at Galleria Bianconi) for the first time. With a nod to Muybridge, the work presents what we would today call a video installation, with bodies in motion and animated in space, involving the audience on a sensory level. It was the start of a complex project that he developed extensively over the following years in all the multimedia work that he designed for IBM in his role as art director for conventions and other events.
The second was presented by Germano Celant at Genoa's La Bertesca gallery, with works by Ceroli, Icaro, Mambor, Mattiacci and Tacchi. Celant had the following to say about Rotor in the catalogue: "Just as in a rotor, the weight and physicality of our body in space is lost, so it is with rotor vision: the "particular" image, the main gestures, are centrifuged around the walls, onto objects, onto the viewer, losing the dimension of a fixed image, of a picture, of a canvas, of a perceptible motionless surface, thus becoming pure 'image-space'. In fact, the machine-fulcrum-core of the vision pushes the image into the space; it cares nothing about invading it, about overlapping with other images, like an insatiable image-machine that devours every gesture and every environment with which it comes into contact, creating 'image-space'".