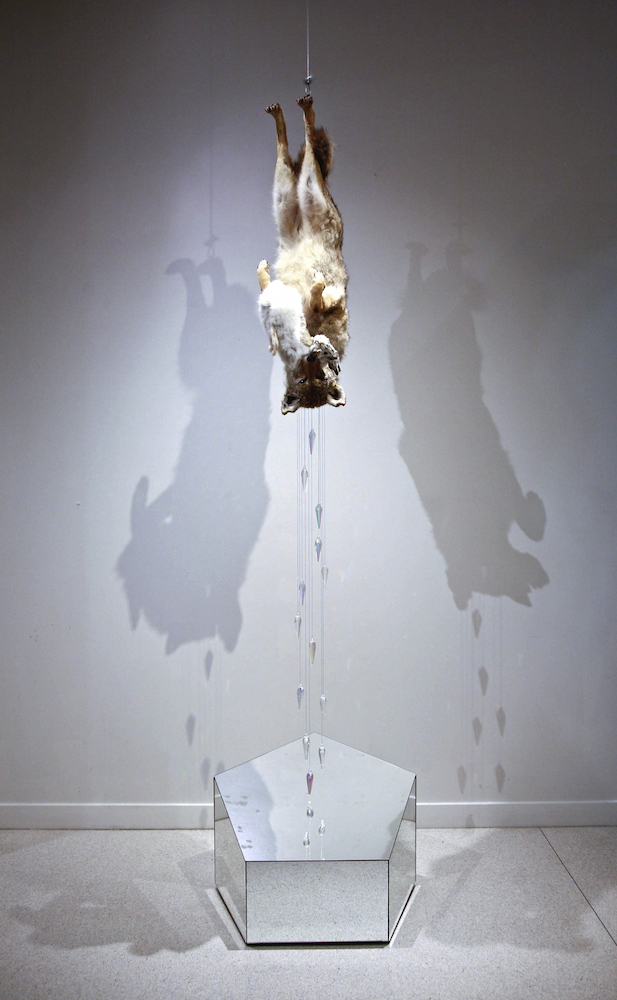 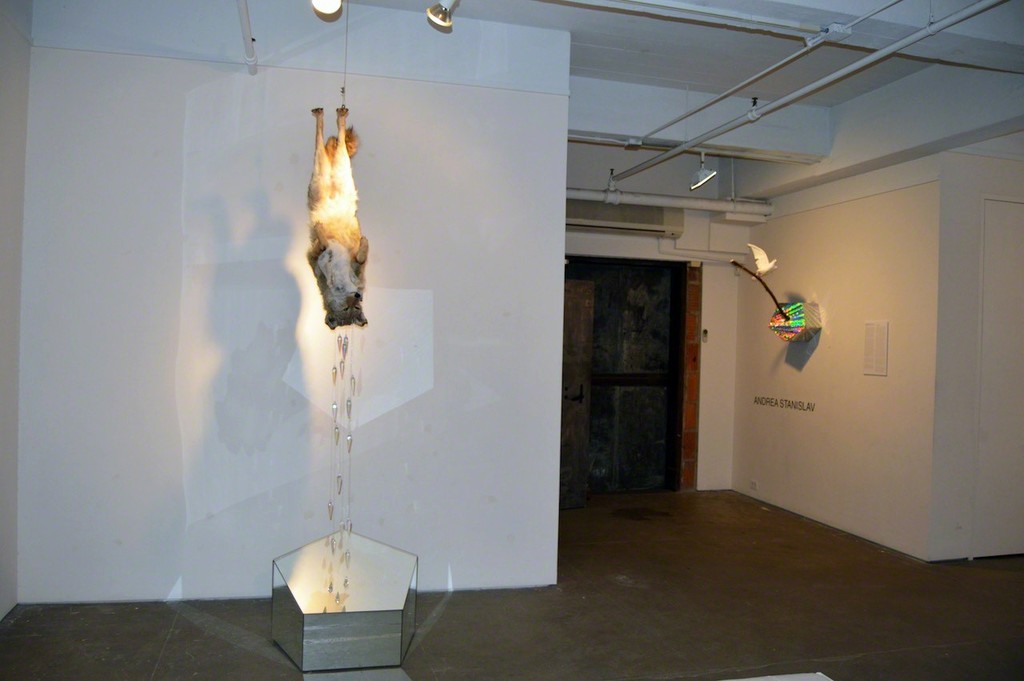 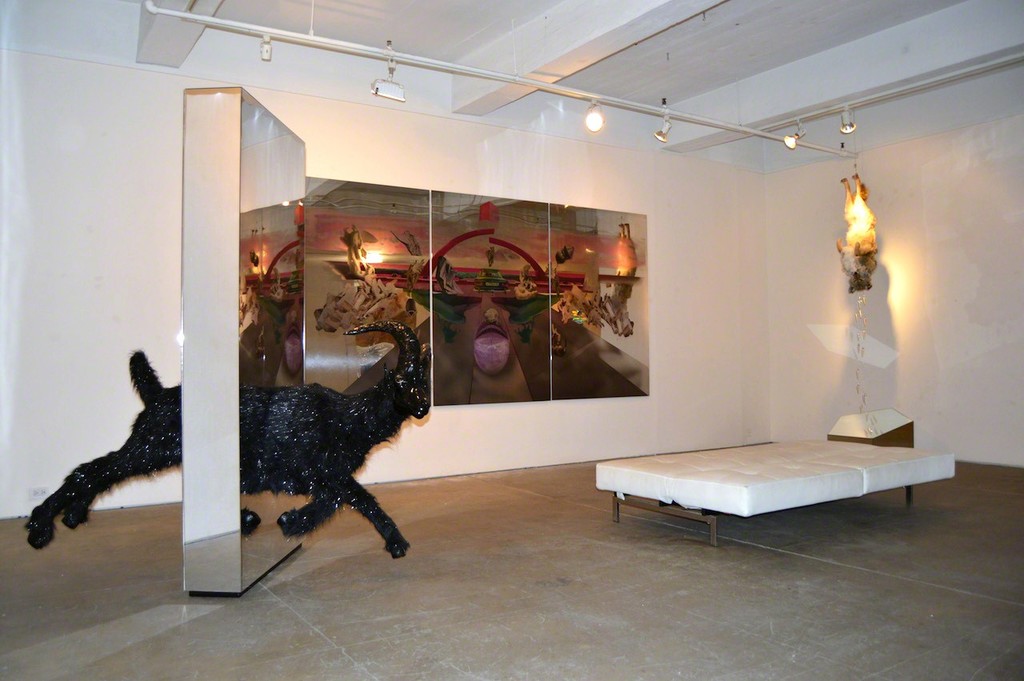 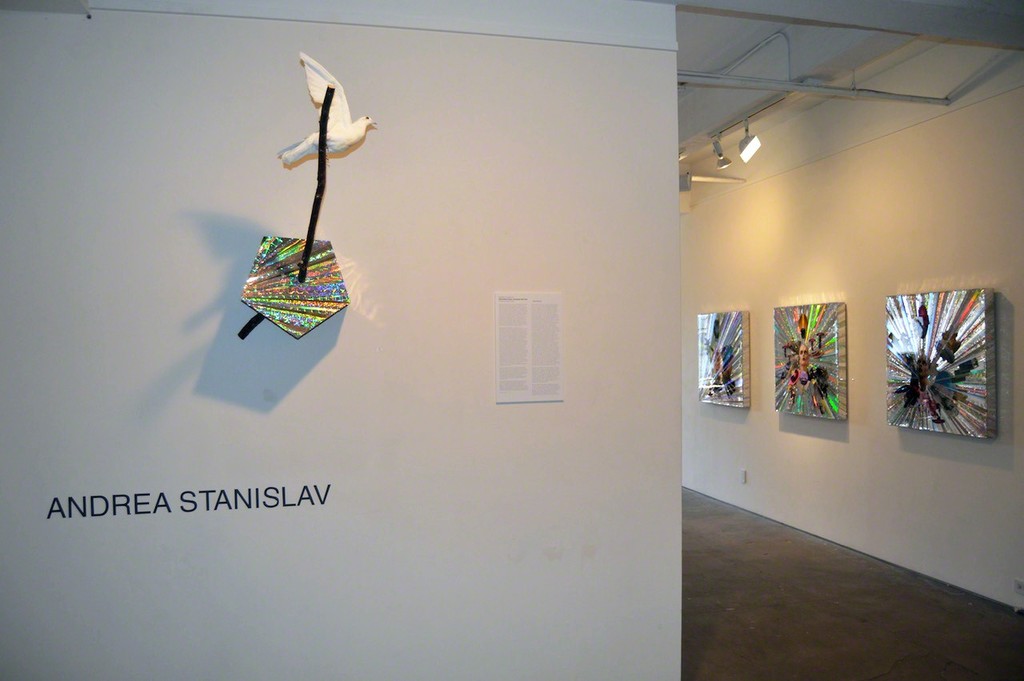 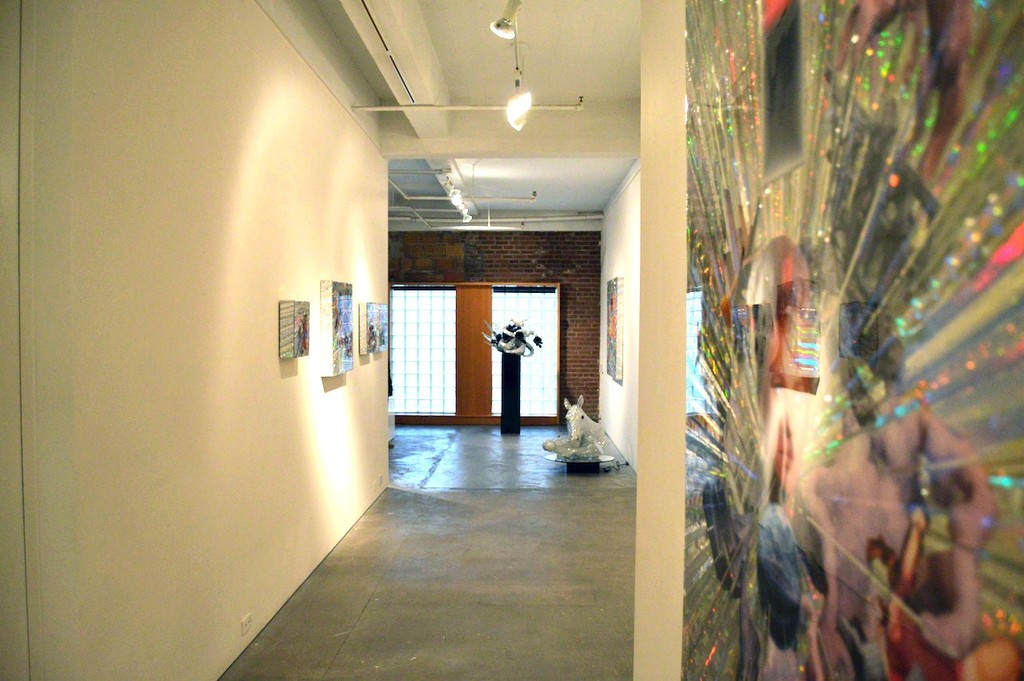 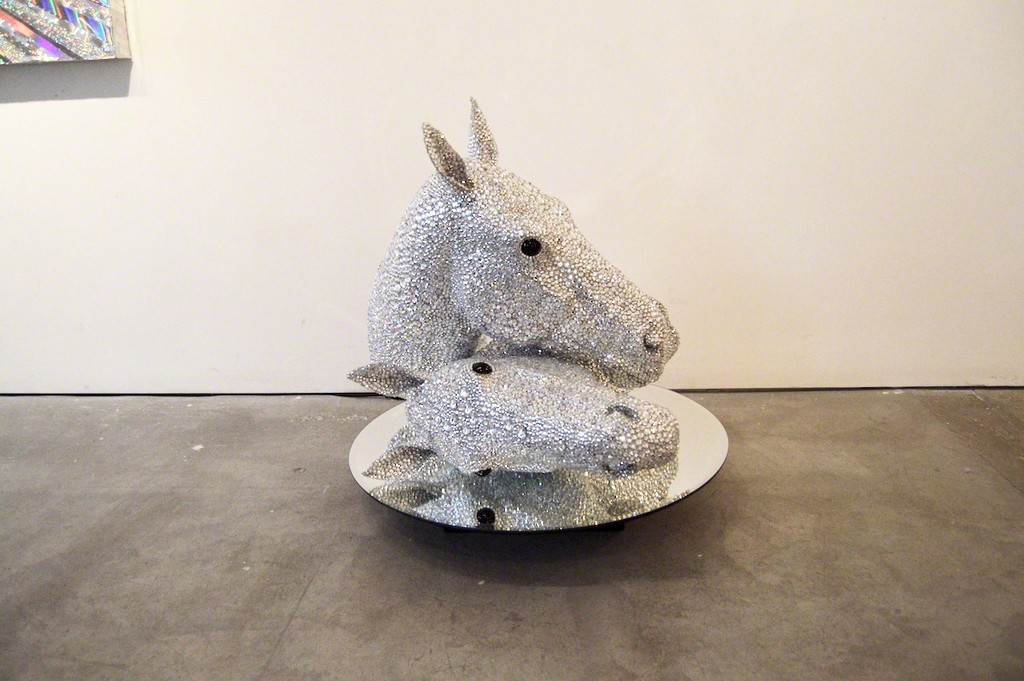 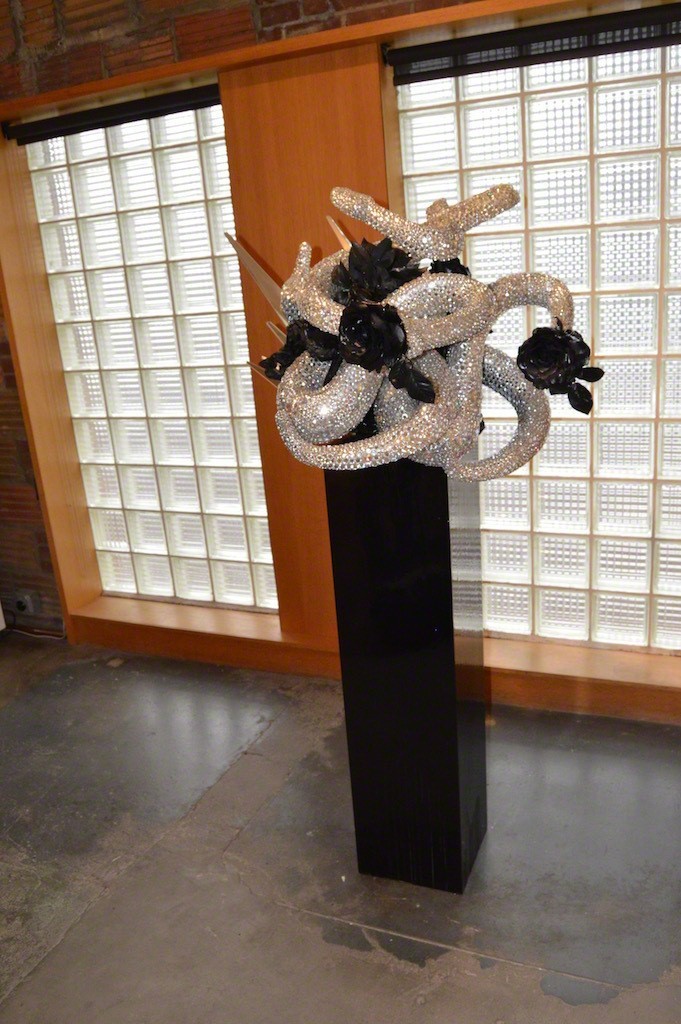 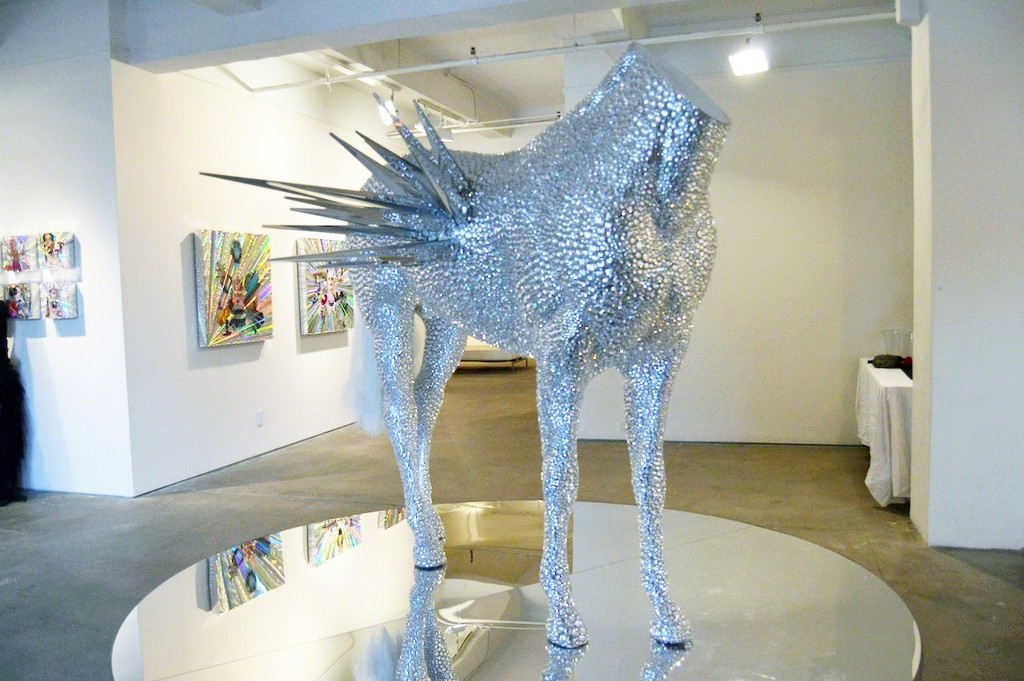 Preternatural Shadow Shifter is a multimedia and multidimensional exhibition that presents a selection of 2D and 3D works in dynamic conversation with each other, the space and the audience. The refractive. kaleidoscopic collages have a constructed and layered nature: an essentially sculptural quality that allows them to enter the gallery space with a 3-dimensional presence. Crucial to the discourse of the exhibition – and to Stanislav’s artistic practice as a whole - is the poignant, multi-sensorial experience. Incorporating taxidermic animals, collaged refractive film, pop cultural iconography, and even images of her own work, Stanislav creates intricate microcosms of universal information overload. Each one of these pieces challenges the viewer with complex visual and conceptual scenarios to explore, aiming to establish an interaction between artworks and audience by evoking both personal and collective memories.

On the same experiential note and in direct conversation with the refractive works, the sculptures in Preternatural Shadow Shifter reveal another element of the artist’s language — the animal interlocutor. The natural world puncturing the solid, modern form. Often overwhelming, and sometimes enigmatic, Stanislav’s layers and her optical distortions are strategic, confrontational. These complex composites become sculpturally symbolic of a perplexing cultural state. The artist forces our engagement on the rawest level—an interruption of our habitual modes of existence: animals and human artifacts offer a representation of the disharmony and the perturbing separation between man and nature.

Stanislav expands our perception of our own nature by assembling remote, often contradictory elements; her investigation of beauty is an inquest, a dialectic between unbearable opposites. The dichotomy between the transience of popular culture and the temporality of animal existence creates an unremitting tension. In true Surrealist fashion, the artist draws on the unconscious visual and conceptual associations of the viewer. Oftentimes darkly humorous Preternatural Shadow Shifter is ultimately a critique of symbolic structures, the origin myths of civilization and the pastimes and playthings of power.