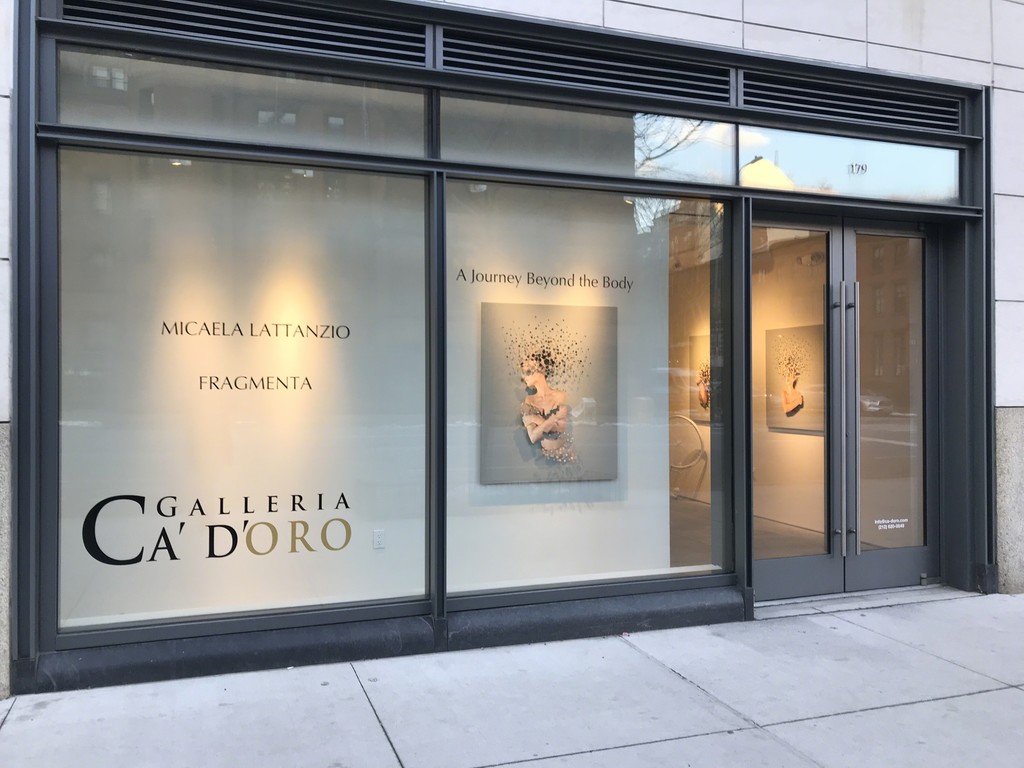 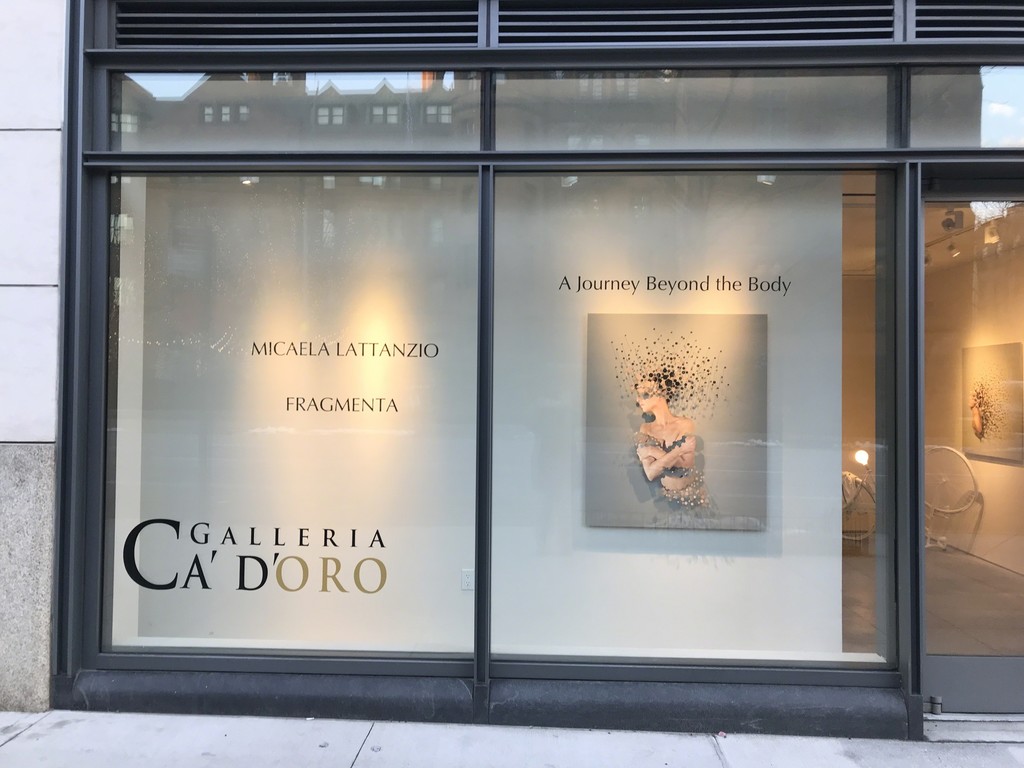 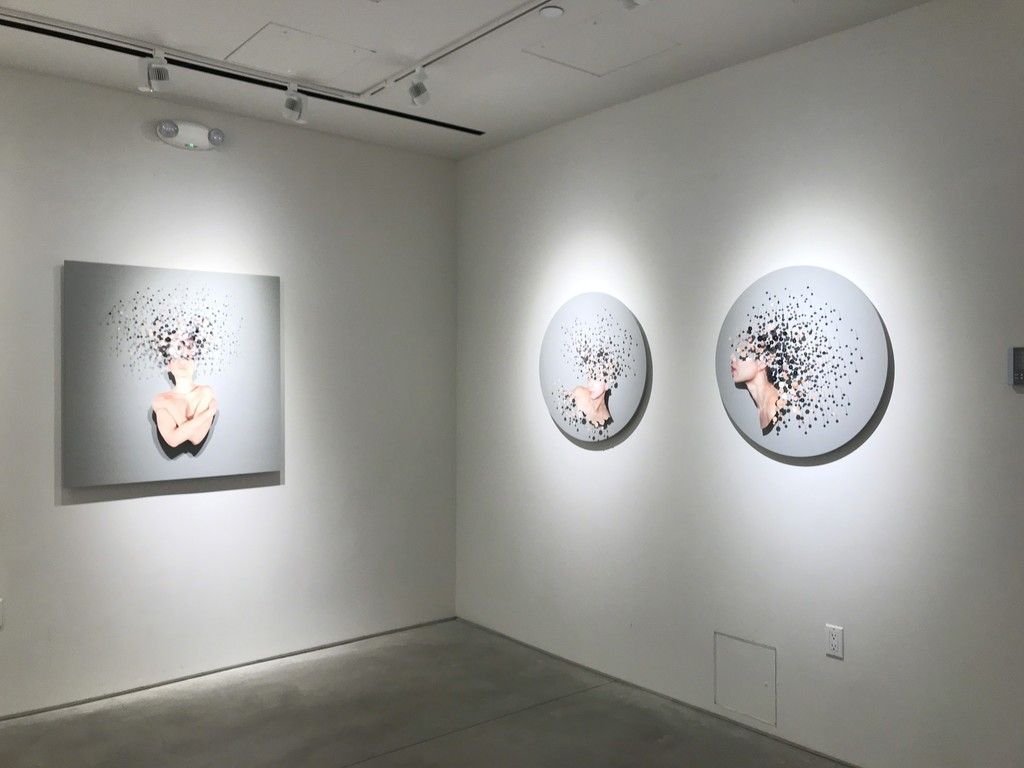 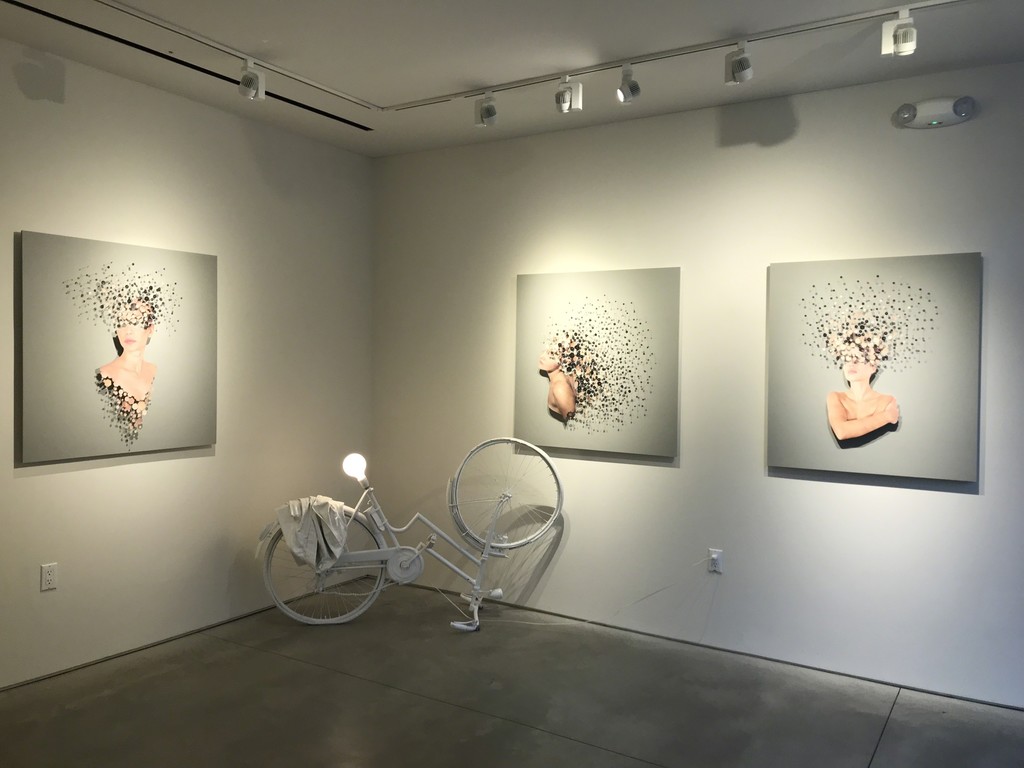 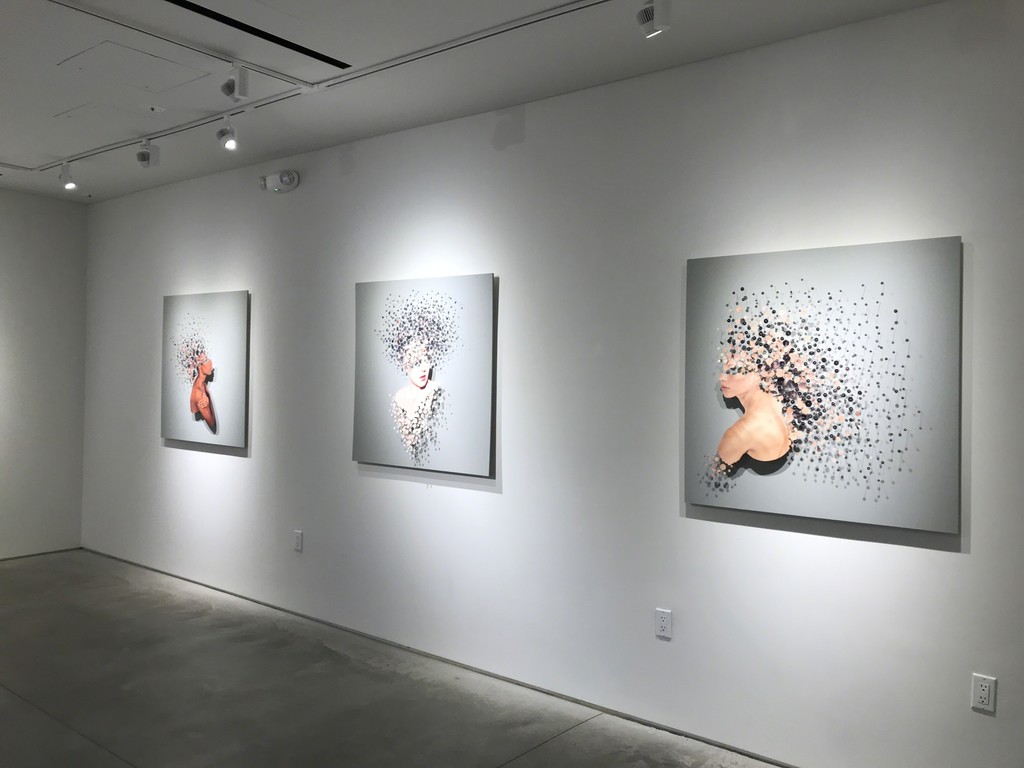 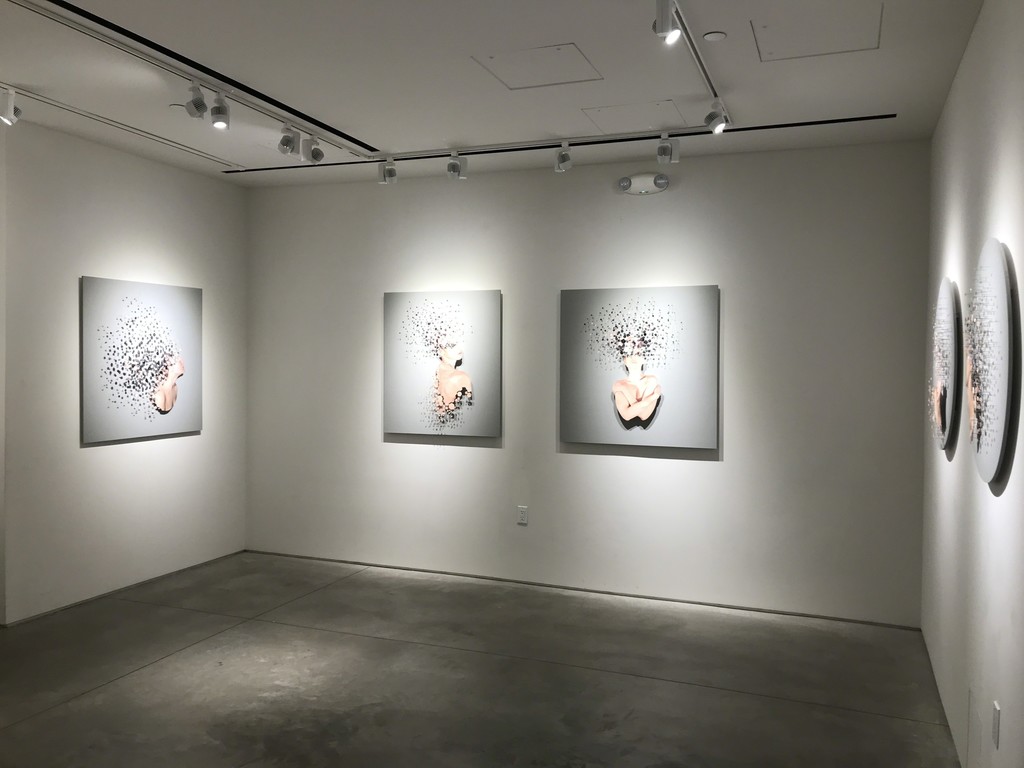 Galleria Ca 'd'Oro in New York is pleased to present the solo exhibition by the Italian artist Micaela Lattanzio.
Fragmenta, A journey beyond the body, is a corpus of 16 unpublished works that investigate the social relationships between the physical boundary and the otherness of the collective space.
The artist places at the center of her reflection the possibility to overstep the limits of gender, race, and faith. She investigates, thanks to the use of fragmentation, the structure of a molecular consciousness where the interweaving of real, visible and invisible worlds, translate into tools of perception and communication.

"Consciousness is always taken in the world”, writes the French philosopher Merleau-Ponty, “and therefore the world cannot become a mere object for her. In this sense, the dimension defined by être-au monde, does not only represent the horizon in which our body is inscribed, but is also related to our conscience, which finds its deepest roots in it ".

Micaela Lattanzio decodes the body by initiating a process that dismembers the epidermal integrity. The body becomes an element of pure abstraction; it is no longer possible to attribute a spatial structure, a specific weight, a definite time.
Her meticulous technique, defined by the strictly manual cutout of each single fragment, becomes a cognitive analysis that crosses the boundaries of the image to describe a new conceptual semantic: the body is a relational medium between the different cultural and social connections that emerge from our contact with the world. At the same time, the body is defined through the cultural stereotypes where a collective iconography is the synthesis of different norms imposed by a canonical and institutionalized imaginary.

The artist's intention is not to deny the body, but to define the idea of understanding it as a place of appropriation, as a space that can be inhabited and directed from within.
The mosaic fragmentation is a linguistic scheme, a new idiom which allows us to read reality: this procedure "frees itself from the notion of depiction of the world, from the sterile conception of mimesis, and opens the space to a symbolic construction of the image", inaugurating the genesis of a deepest emotional synesthesia.

In this journey beyond the body, Micaela Lattanzio expands the material building an abstract territoriality: a physical geography where the points of intersection are combined in the expanse of three-dimensional pieces, signs in which the viewer finds the processes of an evolution, downsizing the sexual and social roles.

Fragmenta represents a conceptual apology: the artist places the human being at the center of her work, forging an unprecedented linguistic vocabulary, de-structuring the real in order to explore a narrative dimension that goes beyond the physiognomy, and investigating where form and concept merge into a work that no longer belongs to an univocal social identification, but which is the principle of an "infinite nuclear fission".

Micaela Lattanzio was born in Rome in 1981, where she currently lives and works. She attended the Academy of Fine Arts in Rome, graduating in 2005.

Selected group exhibitions: Iron Symbols at the Muspac of L'Aquila, Global Imprint at the Isa Istituto Antincendio di Roma, Donne di Colore presented at Torre dei Lambardi in Magione, Confronti / Poredenja at Kinoteka Jugoslavenska in Belgrade, Visions of Gaia at the Cloister of San Francesco in Monsampolo, When we dream We Are All Creators at Horti Sallustiani in Rome, Every Body Talks at Mattatoio Rome organized by IULM University.

In 2014, she won the special jury award Zingarelli entitled "Silent Tales". The site-specific interventions are a further expressive dimension of Micaela Lattanzio.
Selected installation projects: Maam, Museum of the Other and the Elsewhere of Metropoliz, Royal Caribbean collection, a public intervention in Poland (Poznan) and a permanent installation at San Domenico in Taranto.
The artist has exhibited her latest production at Context Art Miami and Barcu art Fair in Bogota, Colombia.

In March 2018, a work from the Fragmenta series, was used by the American singer-songwriter and poet Mary Lambert for the cover of her book entitled "Shame is an ocean I Swim Across," published by MacMillan types.