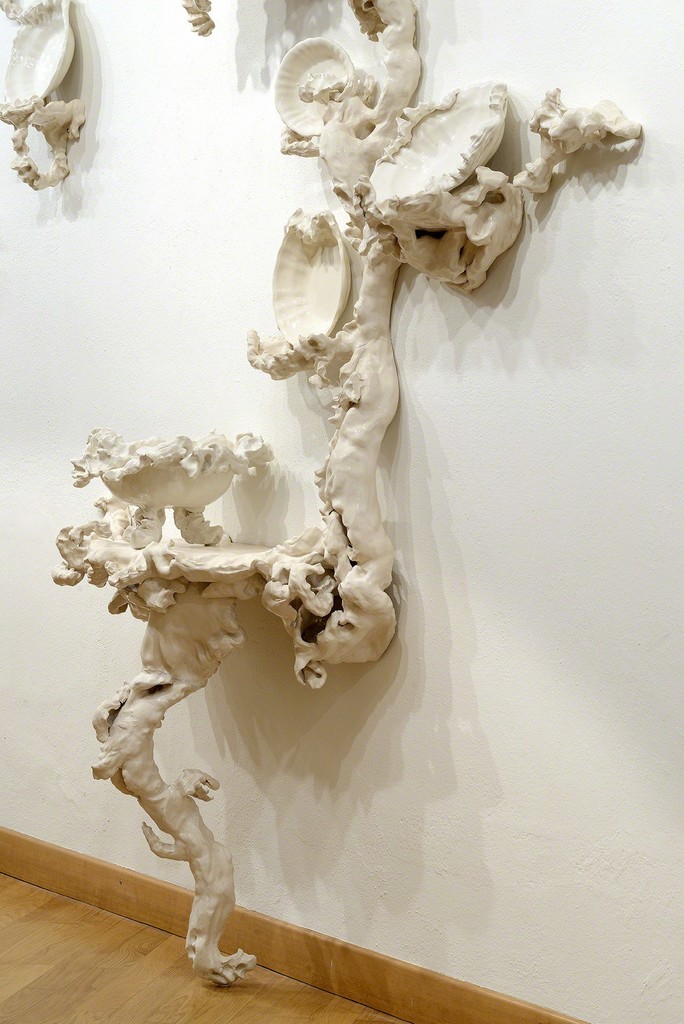 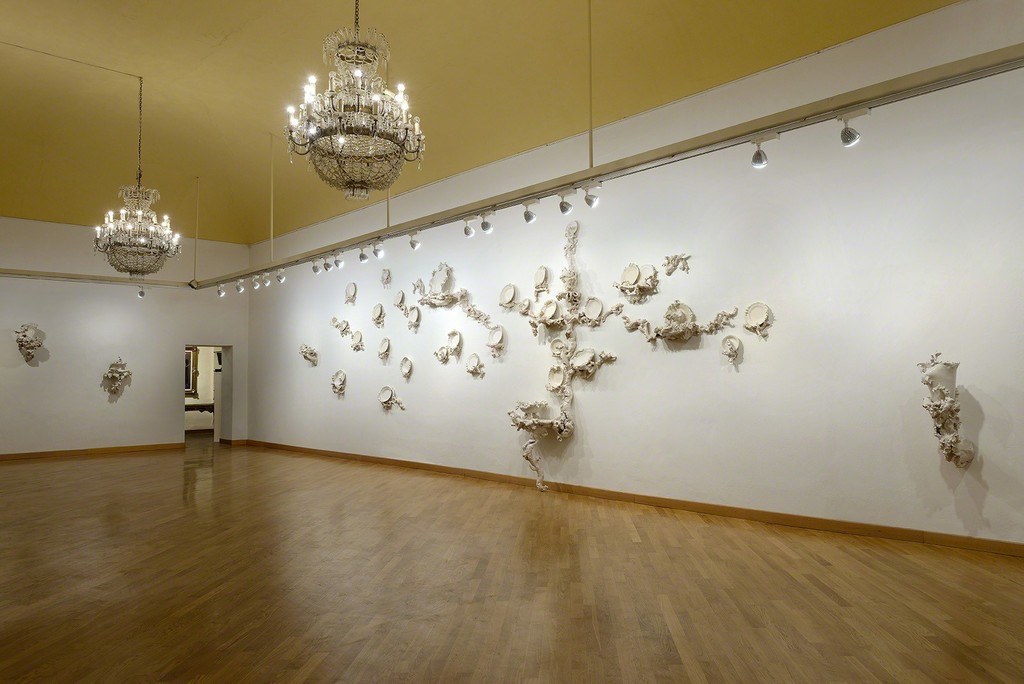 Galleria d'Arte Maggiore G.A.M. offers for the first time a solo exhibition by Sissi, a young artist who has already attracted international attention over herself and her very original work. Born in Bologna in 1977, the artist lives and works between Italy and London, conducting an intimate interior research, but being able to make it universal by touching shared emotions. The exhibition, curated by Maura Pozzati, is based on a great installation, a landscape of osseous germinations including new ceramic works, never exhibited before and especially created for this occasion, but originated during her last performance: "L'imbandita", presented in Bologna during the last edition of Artefiera.
At the center of Sissi's work, pseudonym for Daniela Olivieri, there is always a research – on one side almost scientific for the extreme care and attention and on the other poetical for the interpretation – focused on the theme of the body, both as a surface to experiment on during her well-known performances and as inner-being investigated in its identitary issues. Borrowing instruments from disciplines like archaeology and anatomy, in her works the artist attains an imaginific dimension, that examines the difficult and unstable balance of the individual in our reality, such as in his inner universe. The continuum of her work develops through different expressive means including preformance, installation, photography, drawing, painting and artist book, but also the techniques of the italian handmade tradition. Heterogeneous artistic languages based on manual skills that becomes an introspective dimension of "doing", but universally understandable through emotions. At the border between scientific proof and poetical vision, the predilection for manual techniques, for the tactile and concrete aspects, realized in first person by Sissi, distinguishes the artist from those tendencies that delegate the practical realization in favor of the value of the idea and from the use of "cold" means that come from technology, creating a personal and ancestral language. After having examined different aspects of the italian handmade tradition, the artist masters another typical material: ceramic. Sissi uses the osseous remains of the stand of her last performance "L'imbandita" – held in Bologna, at the San Filippo Neri oratory – to take them back to a new life in an innovative installation. The main room of the gallery becomes the privileged point of view over an extended landscape of osseous germinations, created through a group of works realized for the occasion in the historic Bottega Gatti in Faenza.
Sissi's career already boasts prestigious recognitions like the New York award (2006), the Rome Prize at the American Academy (2006), the Gotham Prize of the Foreign Ministry (2012). Among the most famous exhibitions we have to mention "Manifesto Anatomico" (2015) in different exhibition spaces in Bologna, "Aspiranti aspiratori" (2013) in Shanghai, "Addosso" at the Fondazione Pomodoro in Milan (2010), "Nidi" at the Macro in Rome and many more in Tokyo, New York, Amsterdam and Italy. The artist boasts interesting collaborations with companies too, like Furla, that after the award held by the famous brand of leather goods won by Sissi in 2002, entrusts the artist to create the Summer-Spring 2010 accessories collection.