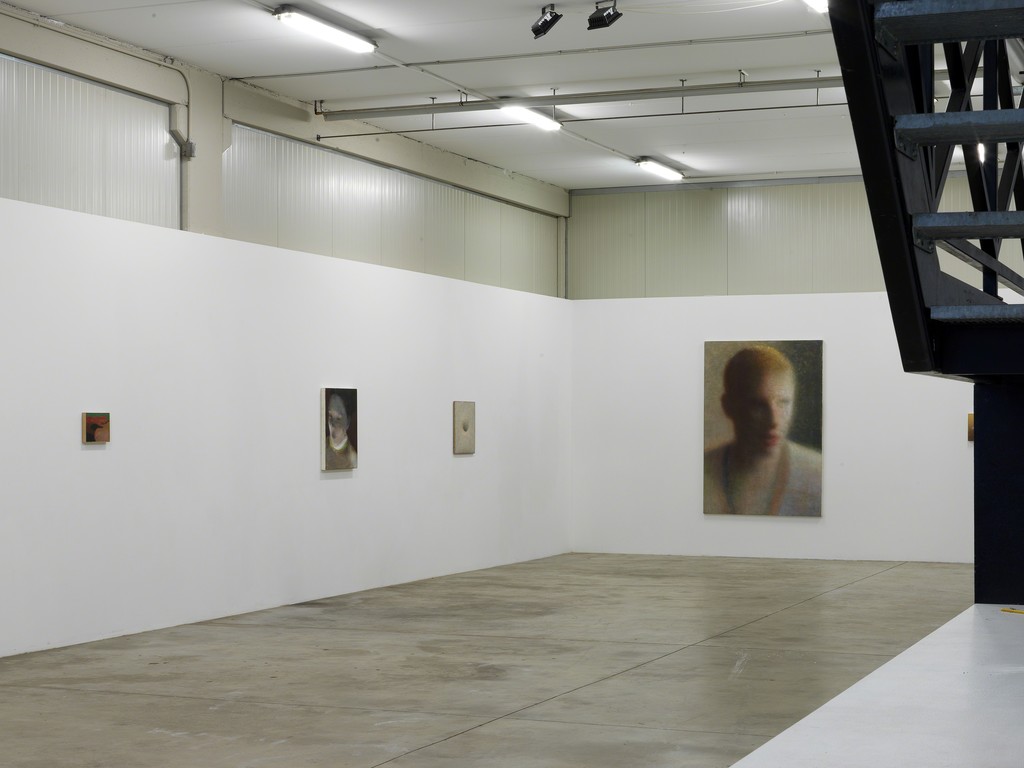 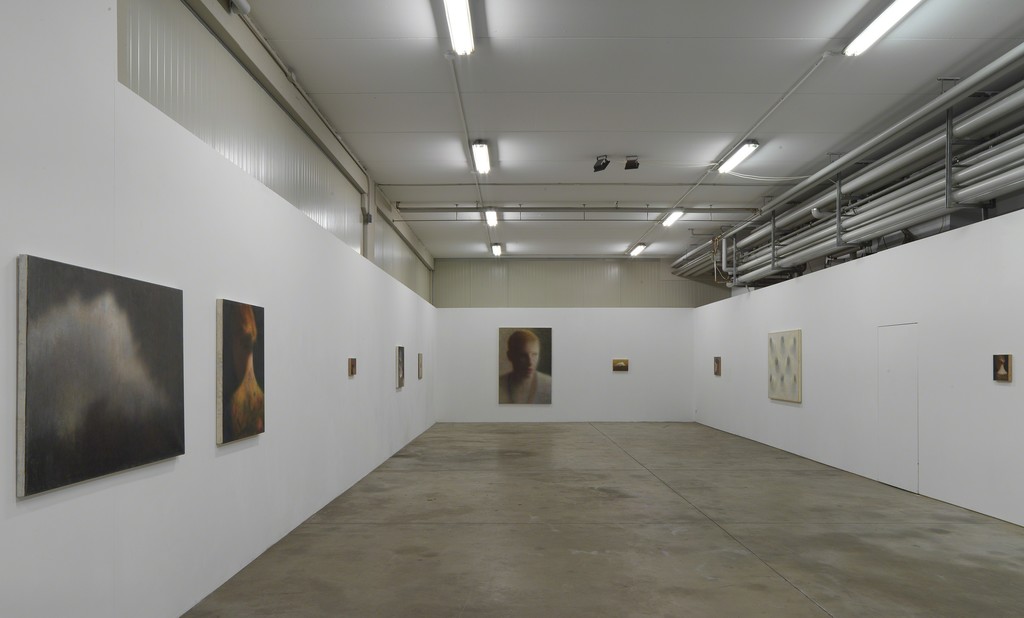 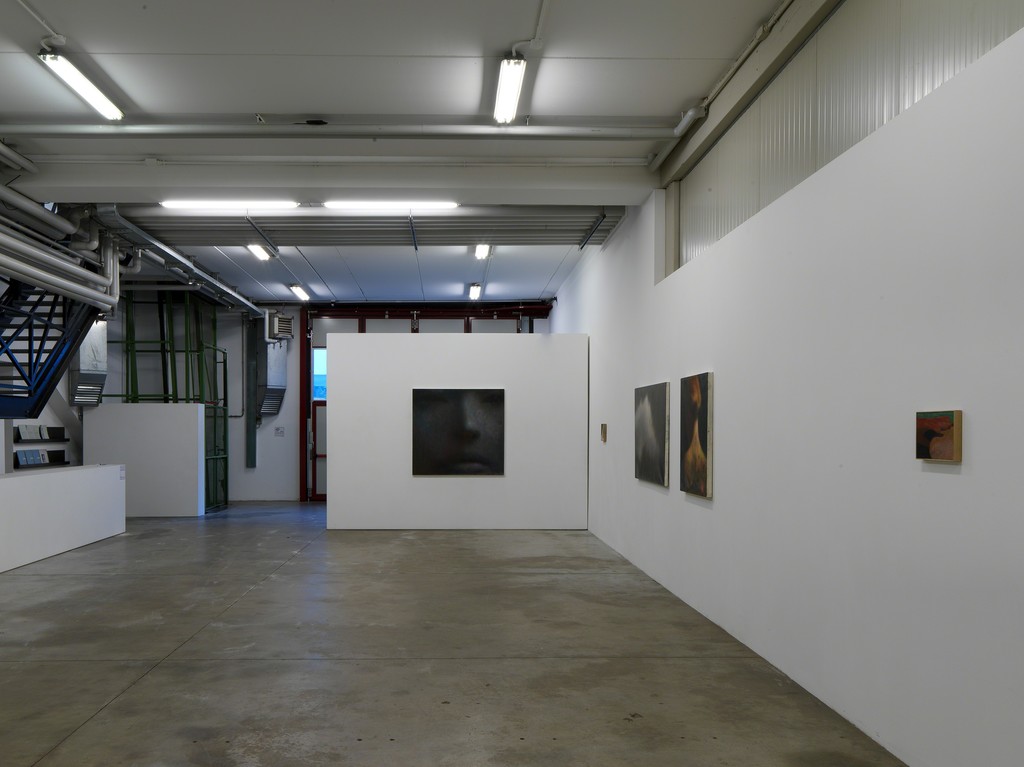 Galleria Doris Ghetta is exhibiting the latest series of works by Robert Bosisio, all produced in 2018. In them, his pictorial approach and subjects are much more diverse than in previous works, though a number of familiar themes return. In the new series, in fact, portraits and pictures of clouds and rooms seen through open doors appear once more. Yet the atmosphere evoked by these images is more unusual, more narrative. Some of the new works are characterised by citations from metaphysical painting. And photography plays more of a role, with Bosisio transcending his previously direct work on photographic images to produce surfaces whose colours appear, in part, to have been changed with camera filters. The works are also characterised by a certain atmospheric density, which gives them a vibrant aura.

Here shades of colour are have been transformed to some extent from the old pale grey to a darker blue and green. Another element that is back again is that of blurring, the result of a slightly more expressive use of paint and brushstrokes. In these works, Bosisio is less interested in showing the viewer the brilliant light of transcendent worlds and more in capturing our gaze with soft corporeal surfaces and disquieting abysses.

The openings and orifices of the human body appear in the form of irritating black eyes or warty abstract forms. Bosisio has already studied the theme of bodily openings in his works, but in these latest ones the context turns from the romantic to the disturbing. Opening into space should be seen as a metaphysical overriding of reality, its geometrical construction included. Bosisio presents these new works, too, as fields full of pulsating colours, which expand into vibrant surfaces to create transcendent bodies and spaces.

Once more at the centre of the artist’s concerns we find elements such as the management of the real and the magical, the concrete and the ephemeral, spatial experience and unseen perception. Bosisio’s painting never coagulates at a single point in the canvas, but appears as a multitude of small dots and many-coloured brushstrokes that the eye assembles into homogenous surfaces and chromatic phenomena. These give his works objectivity and depth, abstraction and surface. Intense brightness and, sometimes, sombre darkness are the exceptional characteristics of these otherwise delicate paintings.

We the viewers should always move around in front of them, because each has to be observed from a different distance, and most can be experienced from a distance and close up, their perception varying according to the space that separates us from the work. The closer we get to the image, the more it dissolves before our eyes and becomes an abstract surface. Through his works, Bosisio asks us to adopt a more mindful vision, even adding grids to some of them. In reality, any immersion in the work of Robert Bosisio should be seen as an immersion in the iridescent chiaroscuro depth of painting.

Robert Bosisio was born in Trodena (BZ), he studied at the Hochschule für Angewandte Kunst in Vienna with Carl Unger and Adolf Frohner. His works have been exhibited in several solo and group shows, among others at the 54. Biennale di Venezia, the Museum Art Center Hugo Voeten (Belgium), the Centro Arte Contemporanea Cavalese (Italy), The Art Museum Cluj-Napoca (Romania), at the Kunsthalle Ravensburg (Germany) and the Italian Cultural Institut in Tokyo (Japan).
Robert Bosisio lives and works in Trodena and Berlin.