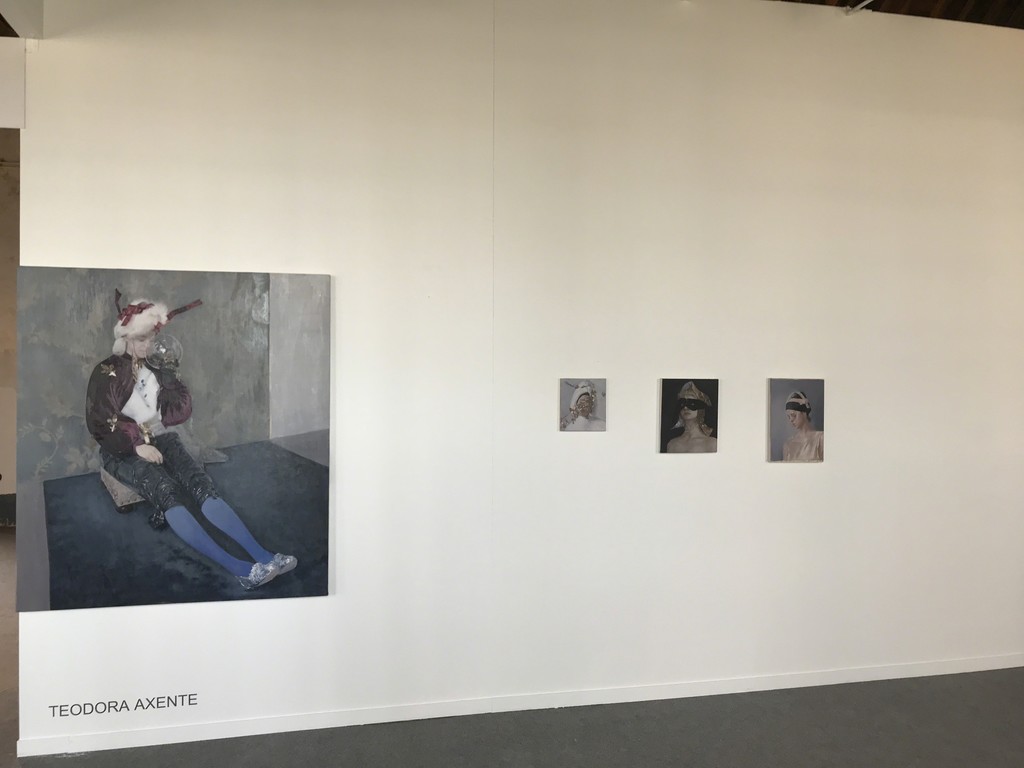 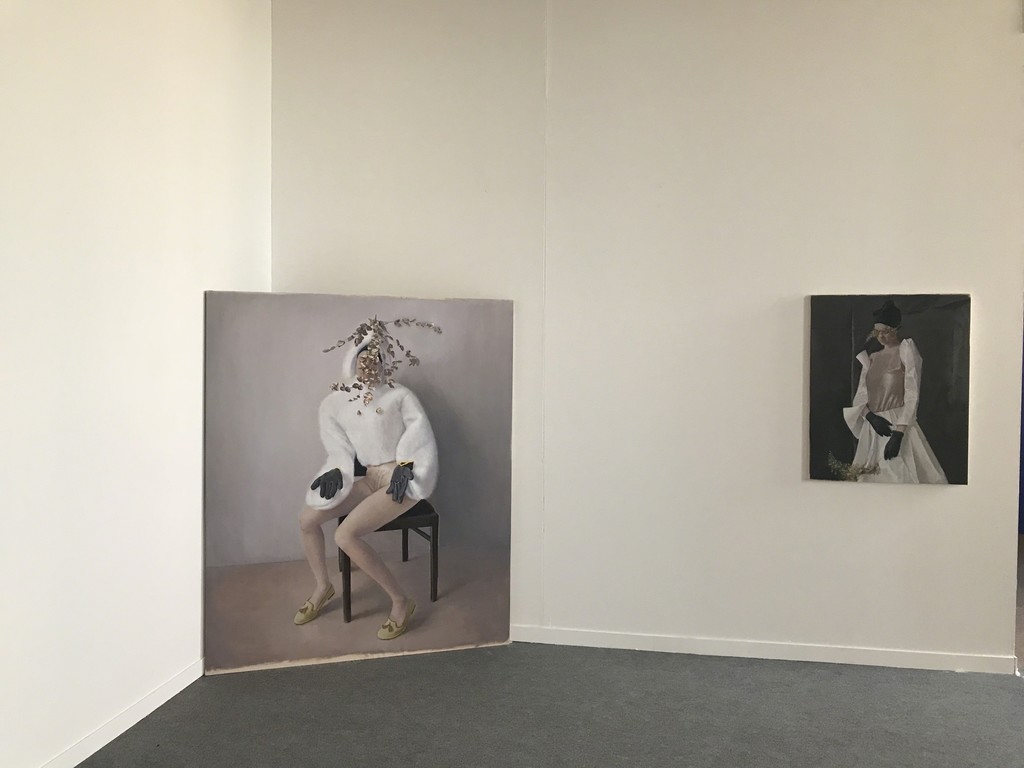 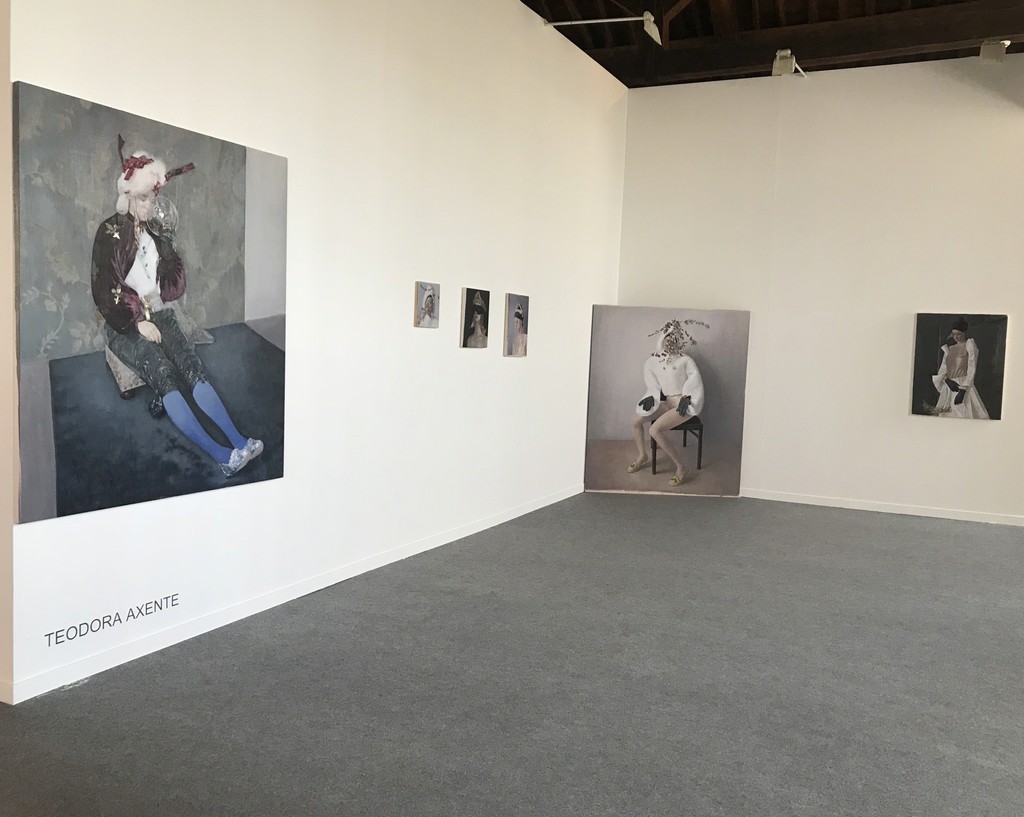 In her paintings, Teodora Axente shows female and male figures dressed in opulent garments reminiscent of stage costumes in theatrical-like spaces. But their movements, their demeanour and the expressions on their faces take us into another world, far beyond external appearance and theatrical representation. By withdrawing from the reality that surrounds them, these figures represent the passage to a world that is different from ours.

The body is depicted as something insubstantial, transparent and fluid; heads are often bowed, eyes are shut and faces are hidden by masks or decorative elements. The observer is attracted by the garments and their glossily iridescent, gilded surfaces, which conjure up an opulent physical presence, behind which the figures appear and disappear.