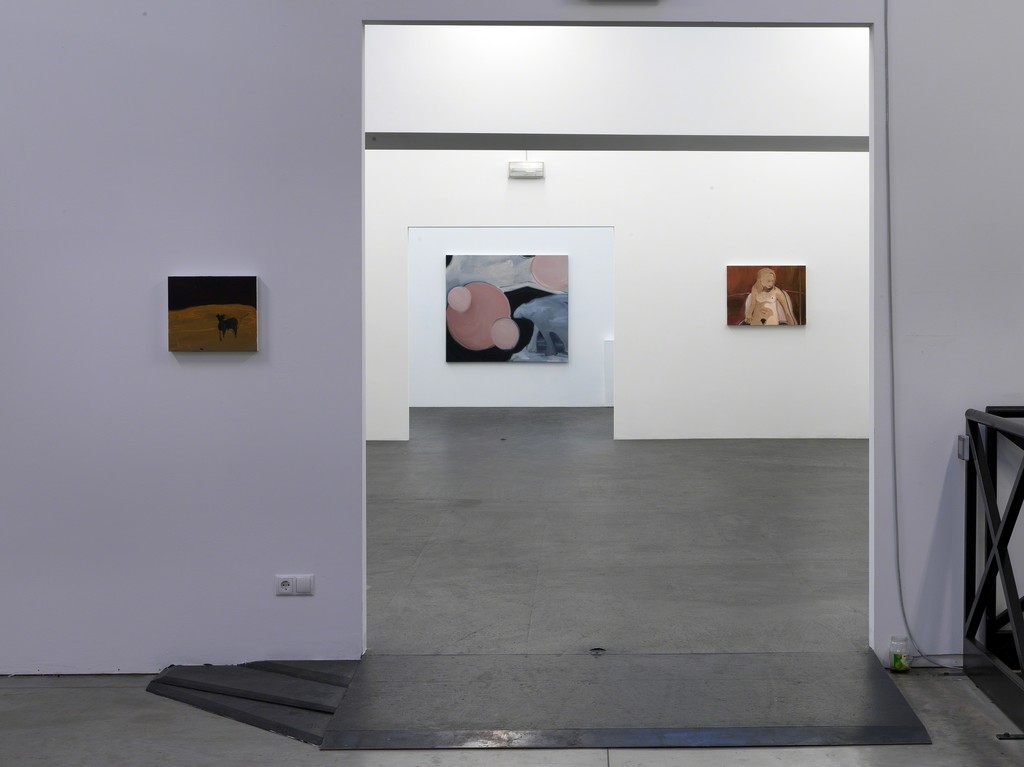 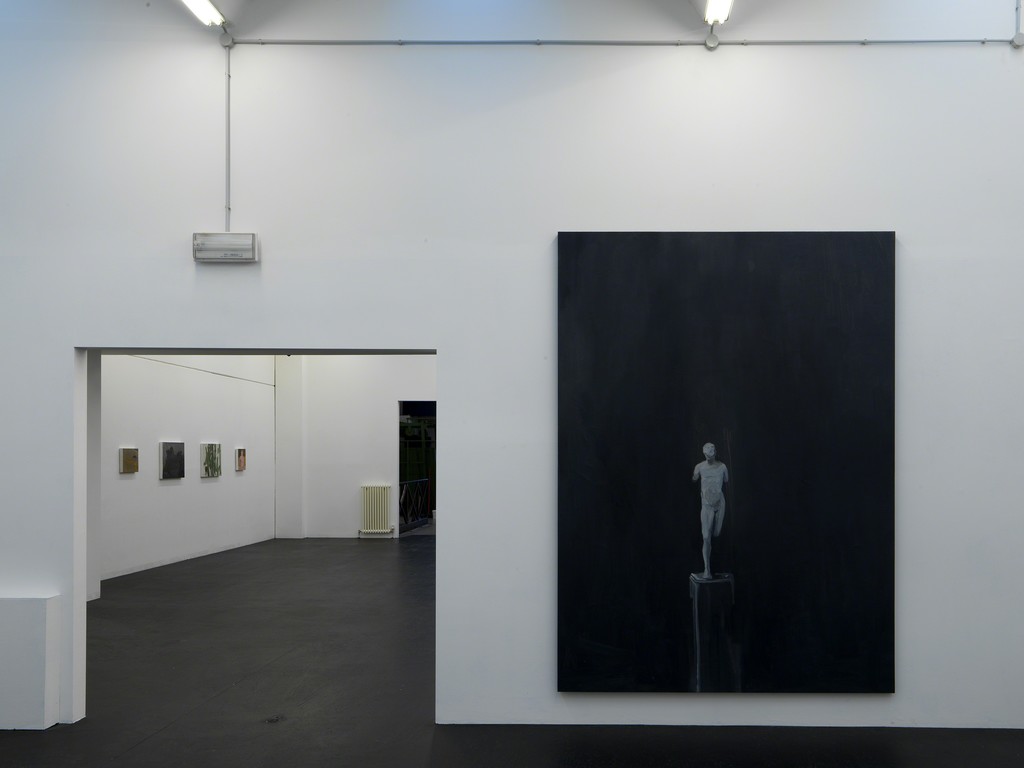 Following his one-man show in 2016, at the Galleria Doris Ghetta Rudy Cremonini is now presenting a selection of his latest works, almost all of them produced in 2018. Cremonini was born in 1981 in Bologna, where he studied at the Fine Arts Academy. He belongs to a generation of younger artists all devoted to painting, which they practice with a fresh style, unpretentiously but unconditionally. Notwithstanding its representational nature, Cremonini’s art is characterised not by an academic feel but by the very free approach – one might even describe it as bold and generous – with which it describes a world suspended halfway not only between reality and dreams, but also between figuration and abstraction. Considering the last two years of his production, it is possible to observe the incredible density of meaning Cremonini has now achieved in his paintings with his sweeping brushstrokes, monochromatic palette and desire to pare down his subjects.

What is most striking about the new works is certainly the bold brushstrokes with which the artist describes his subjects, using only a few vibrant, moving lines with a limited selection of warm colours. Cremonini’s subjects seem to dissolve in colour, blending into themselves, while being, at the same time, defined by the colour itself. The choice of colours varies little in the paintings, the artist opting for expansive, mainly monochromatic backgrounds against which people, animals and plants stand out in an equally spare chromatic palette of only a few shades. Cremonini captures and reproduces the nature of each situation with precision simply through the paler or darker lines and surfaces with which he accentuates the outlines of figures and single parts of the body.

The subjects selected by Rudy Cremonini for the works on show are nudes sitting on sofas or in armchairs, their postures and the position of their limbs and other parts of their bodies revealing their mood or special state of mind. There are also depictions of large wild plants occupying whole rooms and growing luxuriantly in space. In other paintings, the artist makes exotic animals – a pair of monkeys, penguins, Chinese tigers, a watchdog – stand out against background landscapes.
On show in the small room to the rear of the exhibition are black-and-white paintings that offer an overview of the same subjects. The series, however, is enhanced by a desire to study the theme of classical sculpture in a context of romantic settings, for example in the form of statues on pedestals or in romantic gardens.

Cremonini’s scenes are notable for their melancholic, even disturbing appearance and only hint at a reality they don’t even seem to come from. They are reminiscent more of a world of dreams, memories and fears, conjuring up images, which, far from representing reality, surface from the depths of our imagination. The title of the exhibition, ‘Limbo’, refers to a middle space, to an indefinable world of the soul suspended over multiple layers, which belongs not to everyday reality but describes, rather, our feelings and memories.

Rudy Cremonini was born in Bologna in 1981 where he lives and works.
He studied at the Accademia di Belle Arti di Bologna and exhibited his works in various solo and group exhibitions, among others in the Reggia di Caserta, the Institut Cultural Italien in Strasbourg, France, in Palazzo Sforza, Ravenna and the VII Biennale d’Arte Giovani in Modena, at Galerie Thomas Fuchs and Galleria Doris Ghetta.