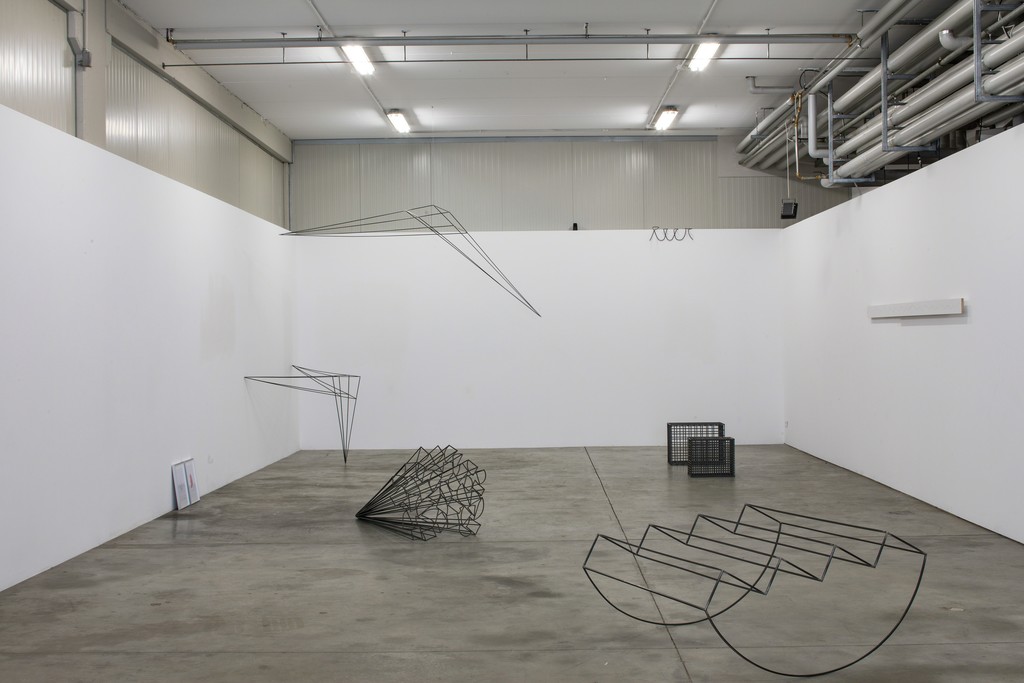 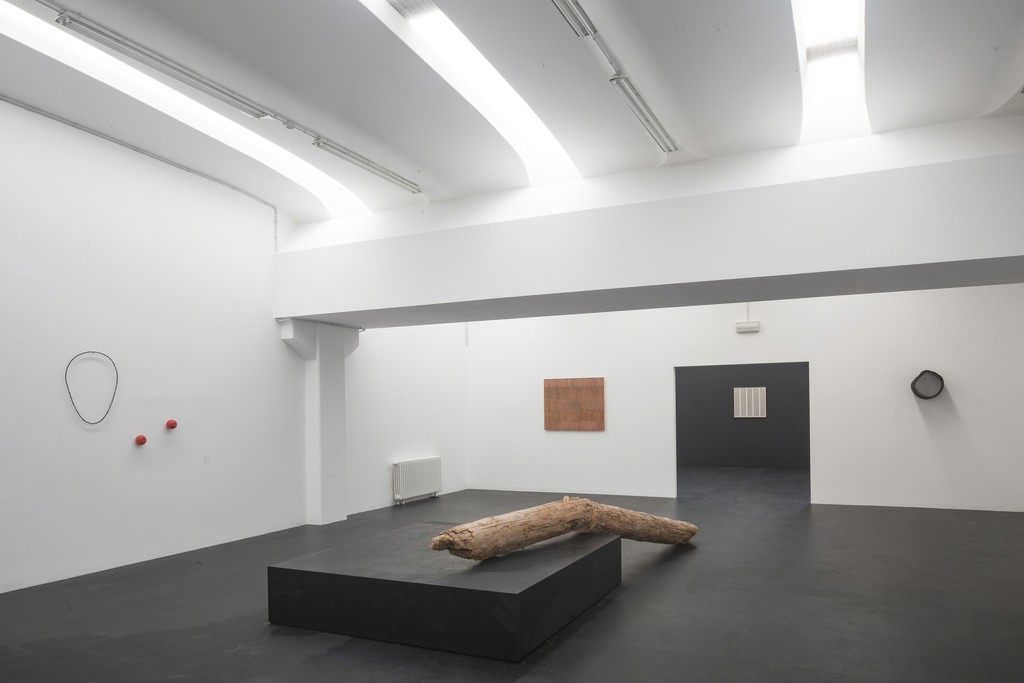 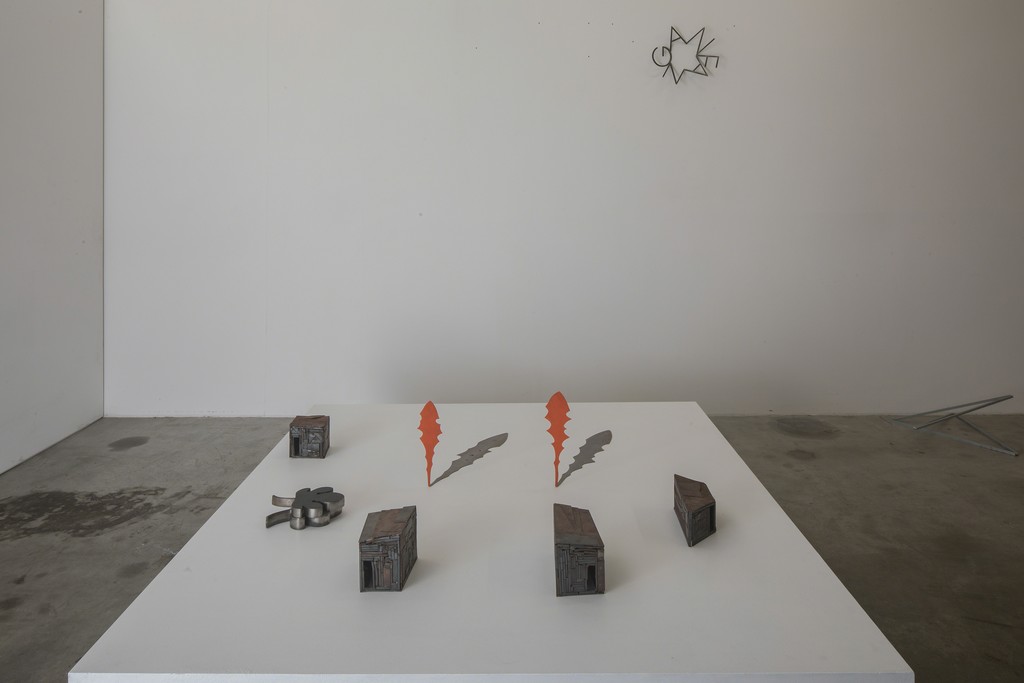 PRESS RELEASE
Locus Rei (Place of Objects, or Things) at the Galleria Doris Ghetta is a retrospective of the works of Michele Bernardi and Arnold Holzknecht. Like lab experiments, the sculptures on show - on the walls, on pedestals, self-standing – prompt questions and discussion. They represent a selection of works that make complex and stratified references to the real world, nature and science, as well as to the implications of seeing and thinking.
The staging of two one-man shows simultaneously in the spaces of the gallery – the ground floor is dedicated to Michele Bernardi, the first floor to Arnold Holzknecht – makes it possible on the one hand to exhibit a rich selection of works from previous years, on the other to reveal the versatility of content and form in the works of these Val Gardena sculptors – as well as clear differences but also striking similarities between them.
In his works Michele Bernardi is concerned with temporal and spatial entities, experiences and perceptions of time, space and the world, deliberately using a rudimentary, artisan material such as wrought iron, enhancing it with verbal and poetic elements. In this context, unlike everyday existence, man acts solely as a ‘user’, the object of the relationship between the activities of seeing and thinking. The result is lasting impressions of the absurd and relativisation of all that is normally taken for granted.
Arnold Holzknecht‘s works are closely bound up in a local rural context, remains and fragments of which are turned into objects full of contrasts through a process of reflection and transformation. They are at once sculpture, painting, drawing and matter. A central role is played by the tensions that exist between nature and technology, between object found and object produced, between body and mind, between concrete and abstract. The eccentric abstraction of his work forces us to challenge and extend our concept of reality.
Michele Bernardi and Arnold Holzknecht are the authors of the winning project in the public competition for the historicisation of the bas-relief of Mussolini in Piazza Tribunale in Bolzano, scheduled to be completed by the end of November 2017.

Michele Bernardi, born in Bolzano in 1959, went to school in Selva di Val Gardena and completed his studies at the Fine Art Academy in Munich from 1981 to 1987 under the guidance of Sir Eduardo Paolozzi. Since then he has taken part in numerous one-man and group shows in Germany, Italy, Austria and Britain, as well as in competitions for installations in public spaces. He lives and works in Munich.

Arnold Holzknecht, born in Bressanone in 1960, studied traditional wood sculpture in Ortisei. From 1979 and 1985 he trained at the Accademia d’arte in Florence and the Fine Art Academy in Munich. Since the 1990s he has exhibited in numerous one-man and group shows in Alto Adige and elsewhere in Italy and in Germany. He held his first show at the Galleria Doris Ghetta in 2015. He lives and works in Ortisei.