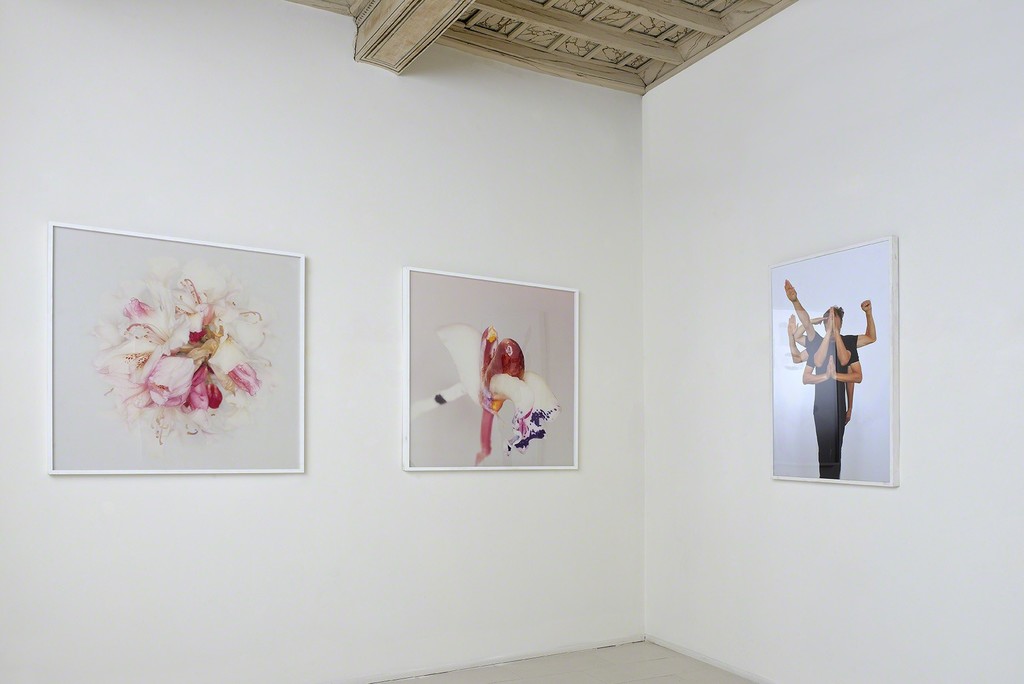 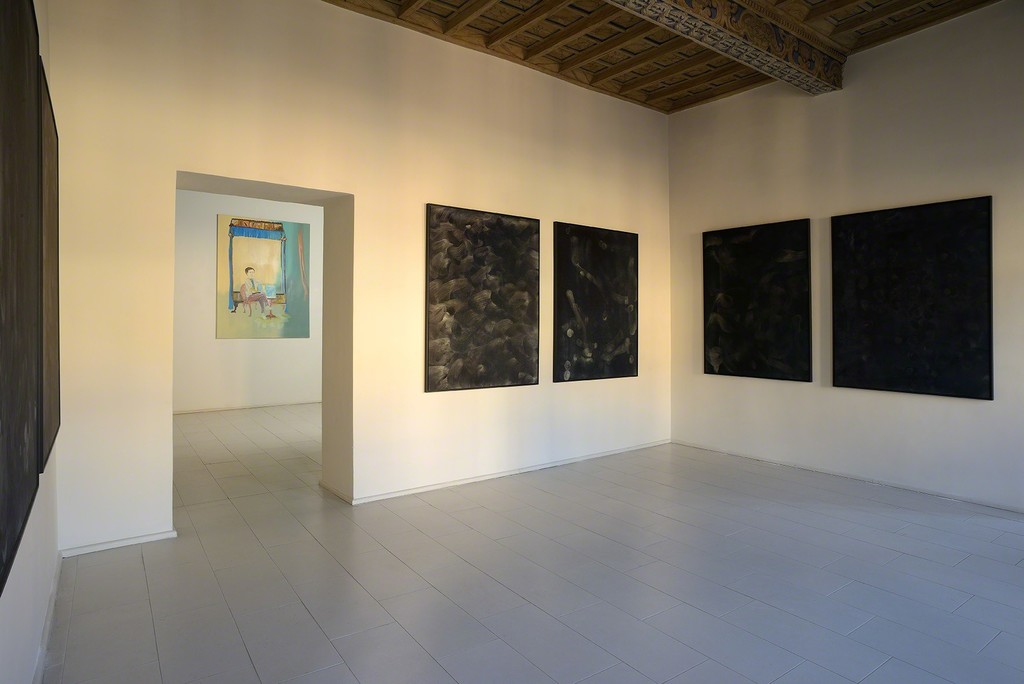 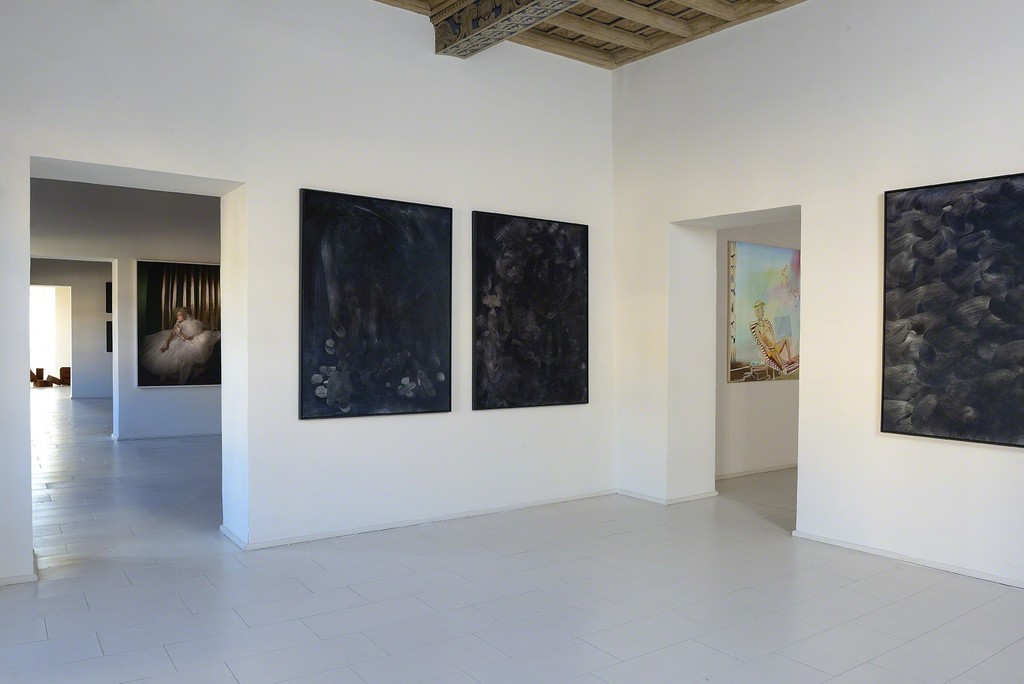 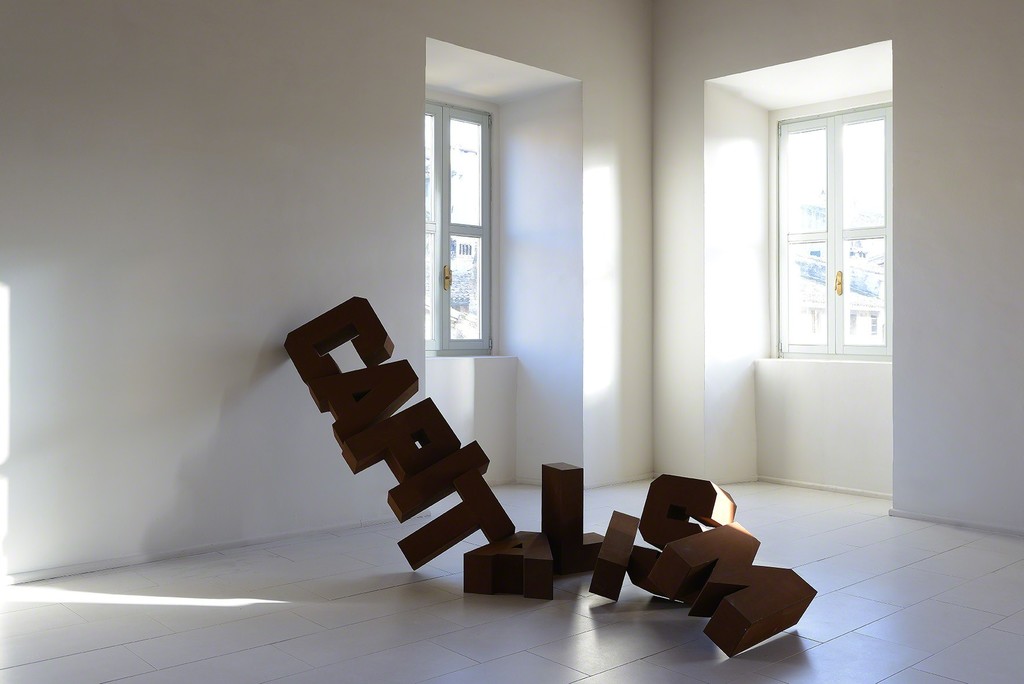 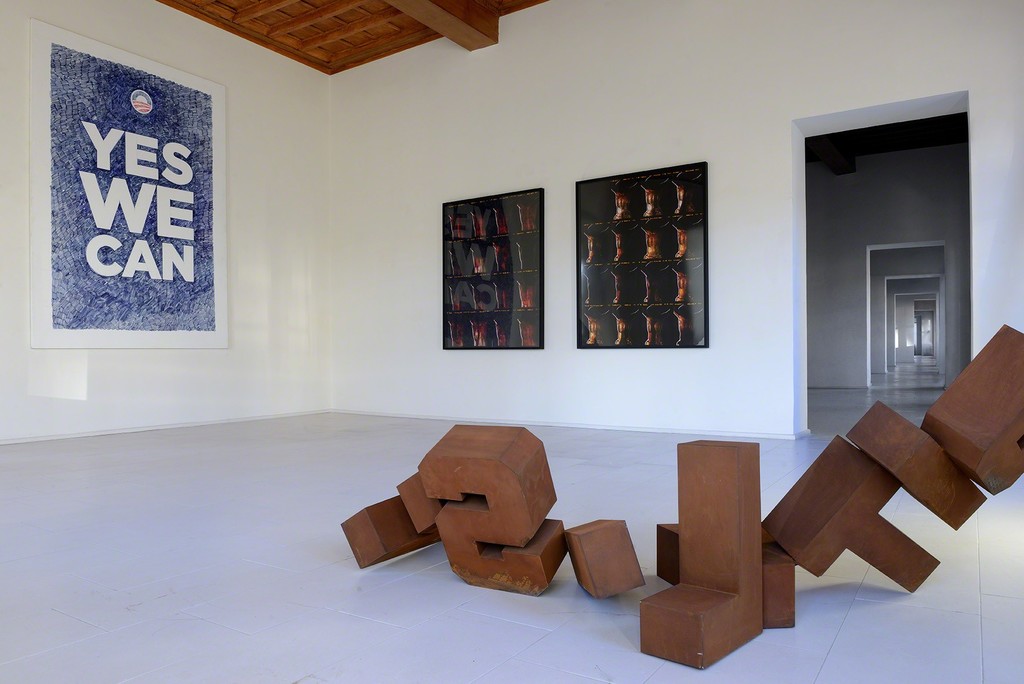 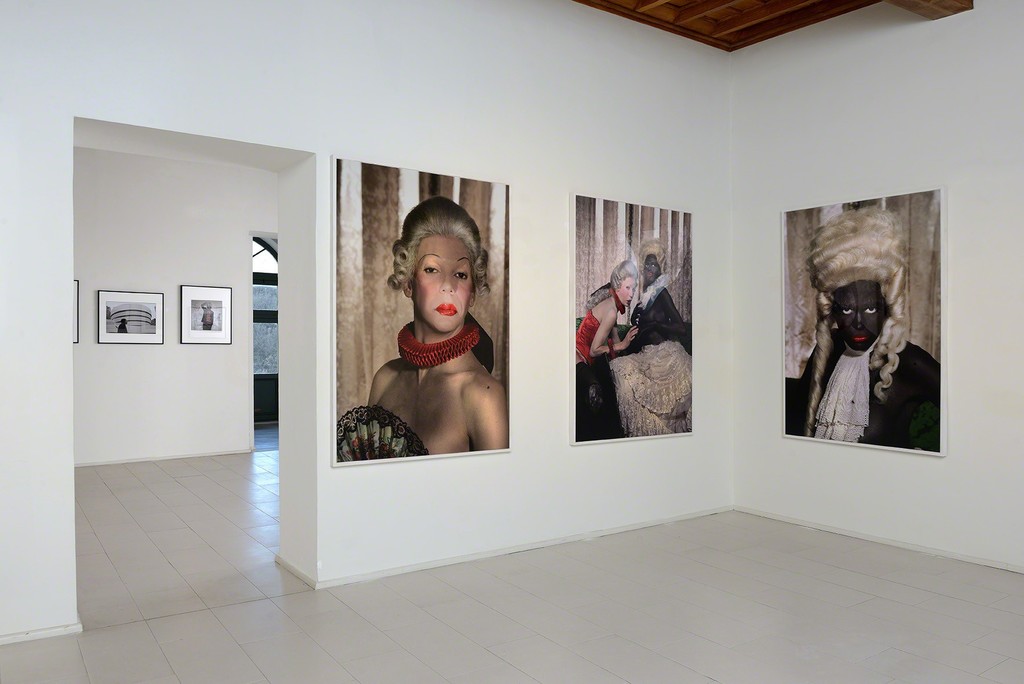 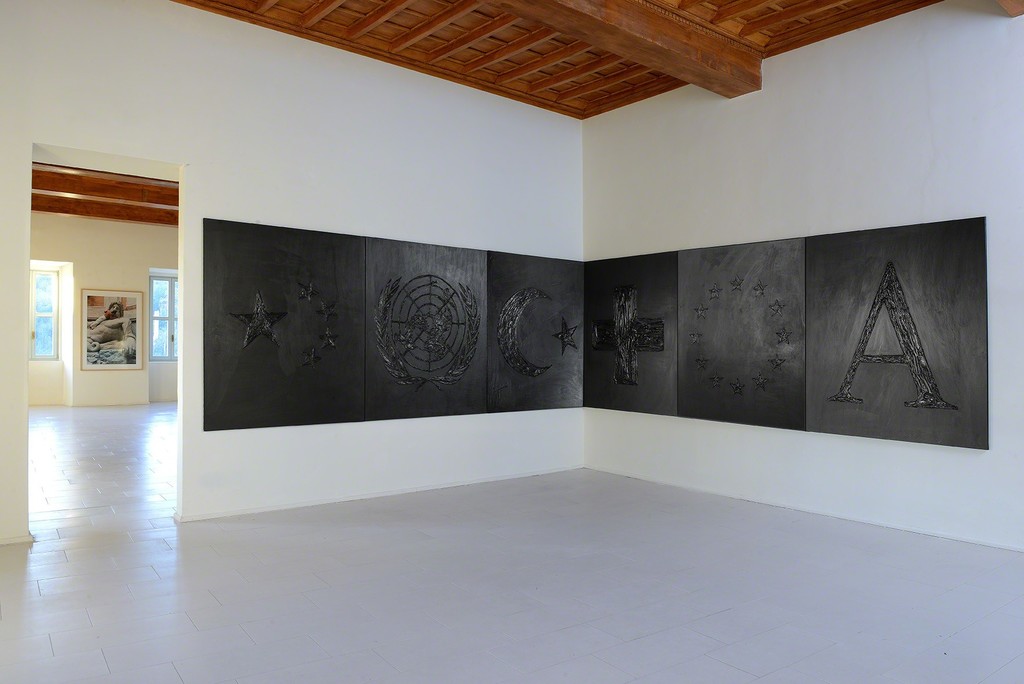 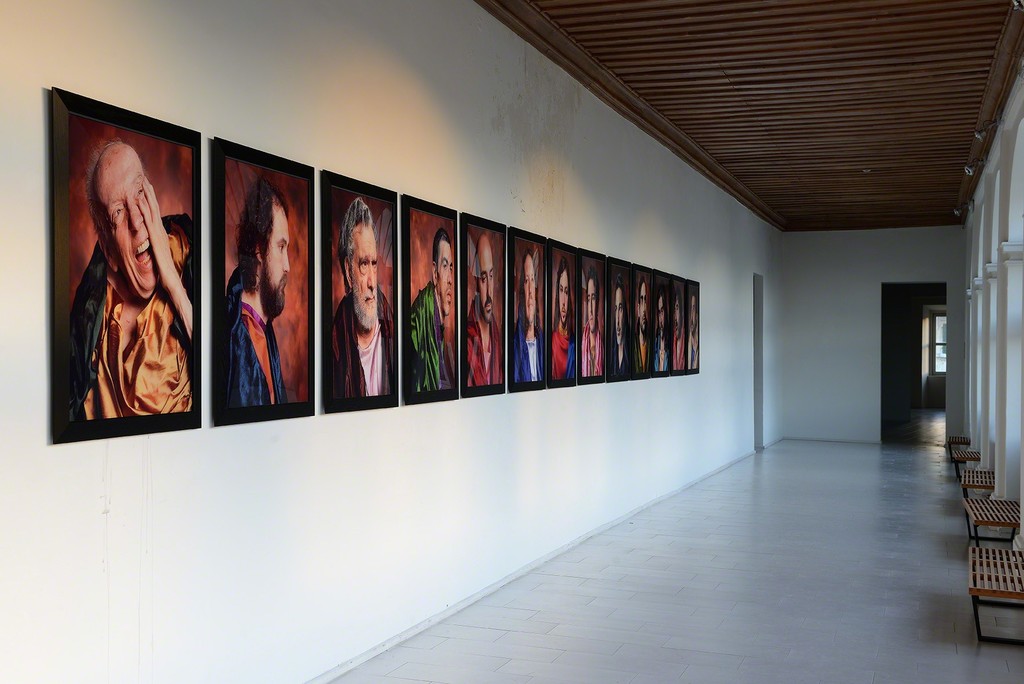 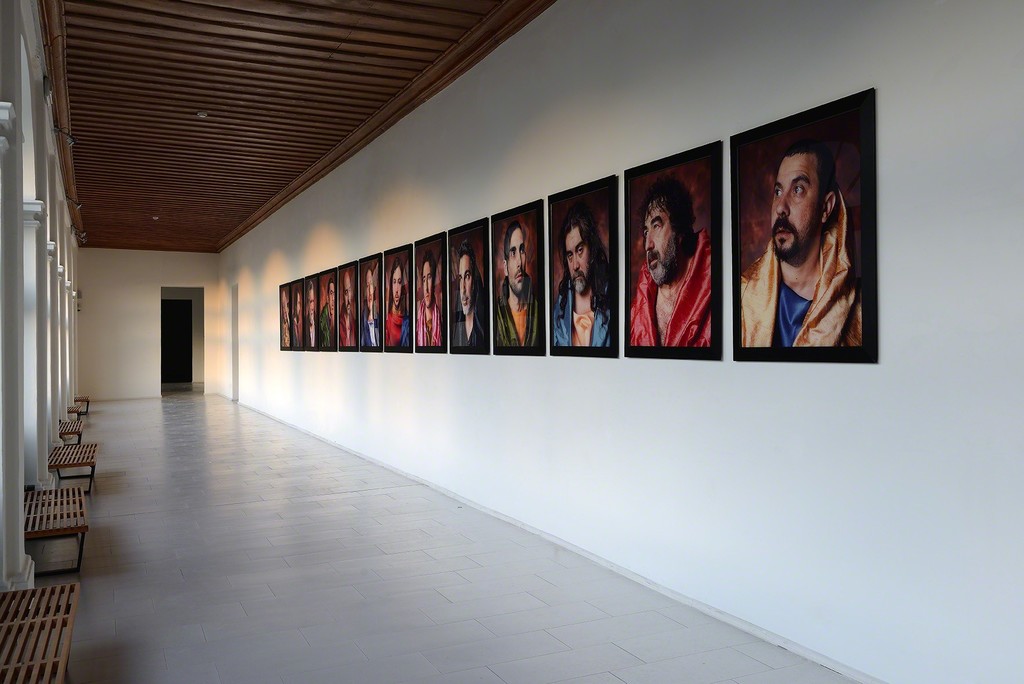 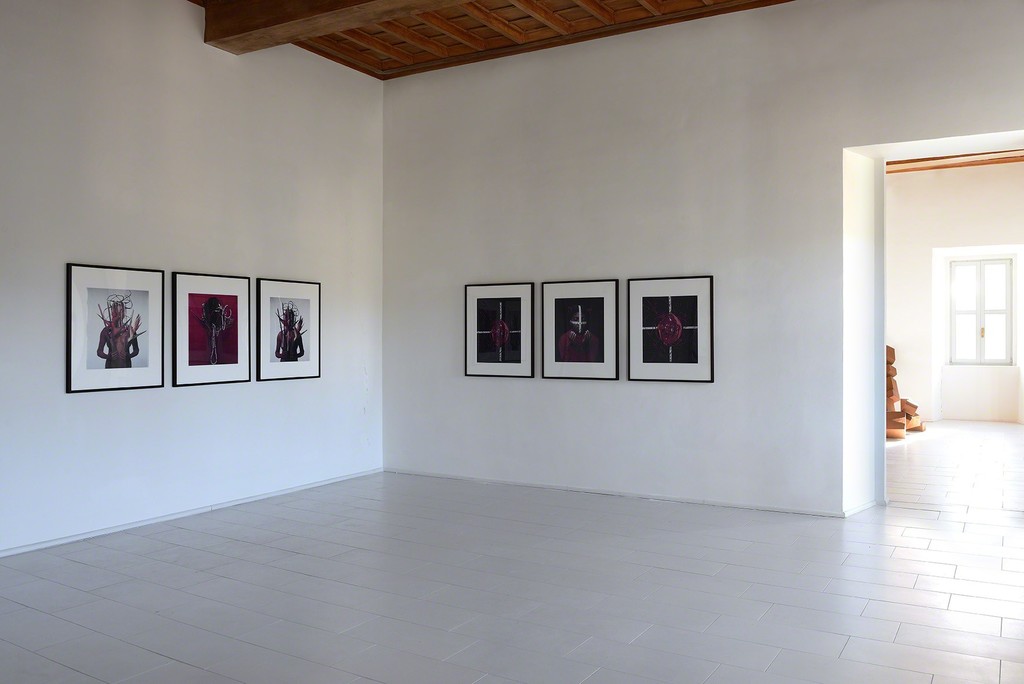 The exhibition celebrates the story of Galleria PACK of Milan and its director, Giampaolo Abbondio, through the works of 28 artists who shared its exhibition itinerary, including Matteo Basilé, Franko B, Robert Gligorov, Masbedo, Andres Serrano, Zhang Huan, Andrei Molodkin and Marìa Magdalena Campos-Pons.
From March 4 to June 4, 2017, Palazzo Collicola Arti Visive of Spoleto (PG) hosts the second appointment of the project "Cortesie per gli ospiti. Un gallerista. La sua visione. Un progetto
espositivo", a cycle of shows dedicated to the world of private gallerists with their stories, their choices, their passions and intuitions.
The exhibition, sponsored by the city of Spoleto, the European Union - European Regional Development Fund, the Ministry of Economic Development, the Umbria Region,
the Regional Operational Programme, is dedicated to Giampaolo Abbondio, the founder and holder of Galleria PACK of Milan. The exhibition itinerary was curated by Luigi De Ambrogi, a gallerist who worked in Milan between the Seventies and the Nineties, and that was Abbondio's adventure companion during the birth of space.
De Ambrogi curated the outfitting of the 28 artists, both Italian and international, selected by Abbondio, whose personal experience has been tied with the one of the gallery, including Matteo Basilé, Edo Bertoglio, Marìa Magdalena Campos-Pons, Alberto Di Fabio, Franko B., Robert Gligorov, Deborah Hirsch, Masbedo, Andres Serrano, Robert W.O. Stone, Wainer Vaccari, and who represent the mapping of 15 years of activity of Galleria PACK, firstly in the historic location of Foro Buonaparte 60, which was almost a museum for its majesty and capacity, and later in the new space, shared along with Federico Luger, of Viale Sabotino 22.
The exposition is a visual narration that proceeds by autonomous chapters, almost like a film editing where the collective story crosses emotions, events, major issues, cultures.
As stated by Gianluca Marziani, the curator of Palazzo Collicola, "Cortesie per gli ospiti is not an invitation to the gallery but to the gallerist. It is a difference I consider to be substantial: the gallery represents a physical space, a small area, the commercial cognition inside a strategic place; on the contrary, the gallery director represents an existential and professional aptitude, the status between thought and action, an ethical gaze that draws an aesthetic geography. "
"The good gallerist - continues Gianluca Marziani - listens to the world in stereophony: on the one hand, the creative impulses with the artists to be discovered, the works to be endorsed, the projects to be supported, the operations to be distributed, on the other hand the public's voices and expectations, the social critic to be considered, the tendencies on which to tune ... the true gallerist (not to be confused with the pure merchant) is a performer of creative thinking, a Philippe Petit walking on the wire stretched between two skyscrapers, while keeping an eye on the side of the research and the other on the rules of the market".

Galleria PACK was founded in 2001 with the aim of offering the public an ambitious program focused on the production of emerging and established artists. The works so far displayed reveal a readable point of view: on the one hand, the interest in the body in its various representations and manifestations; on the other hand, the physical experience of large installations that involve the spectator in different sensorial realities; by another, a special attention for new media, ranging from the creation through new technologies to the complex structure of video installations. Galleria PACK considers the productive aspect of what is being shown as essential, carrying on, along with the artists, ambitious multiform projects, installations, video works and performances.
Eventually, the collaboration with Italian and foreign curators satisfies a will to situate the activity in the flow of intercultural and multidisciplinary exchanges, activating a critical element that finds continuity in a series of publications.
Galleria PACK took part in many art fairs, on a national (ArteFiera Bologna, Miart) and International level (Scope Basel, Art Miami, Berliner Liste, Art Moscow, Beirut Art Fair, Crossroads).
In 2015, the gallery moved to the new headquarters known as SPAZIO 22 in Viale Sabotino 22.