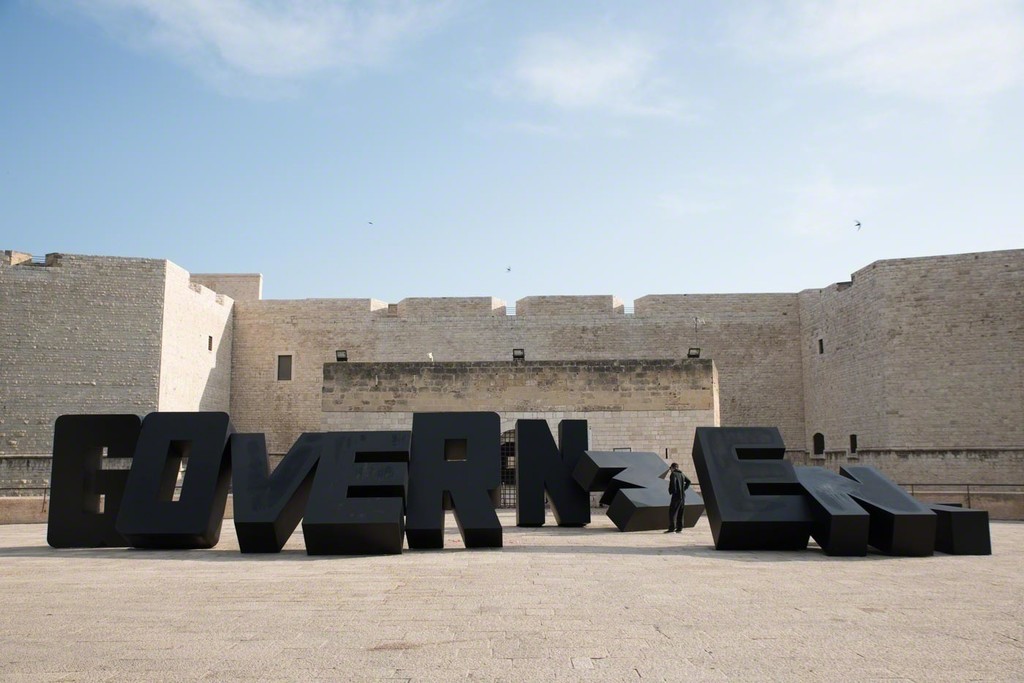 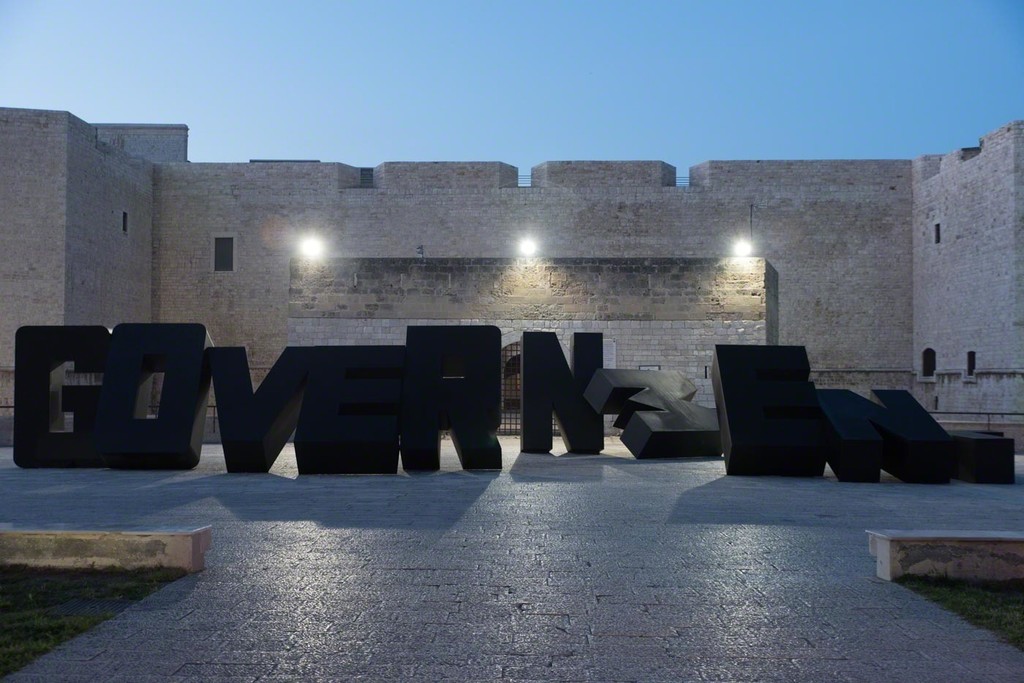 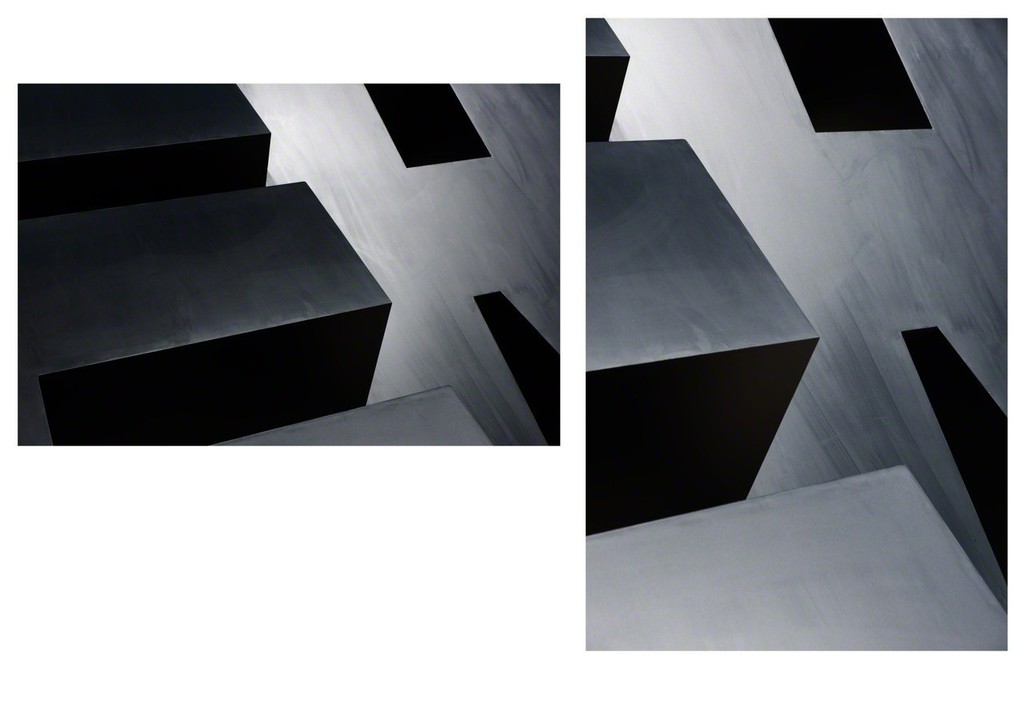 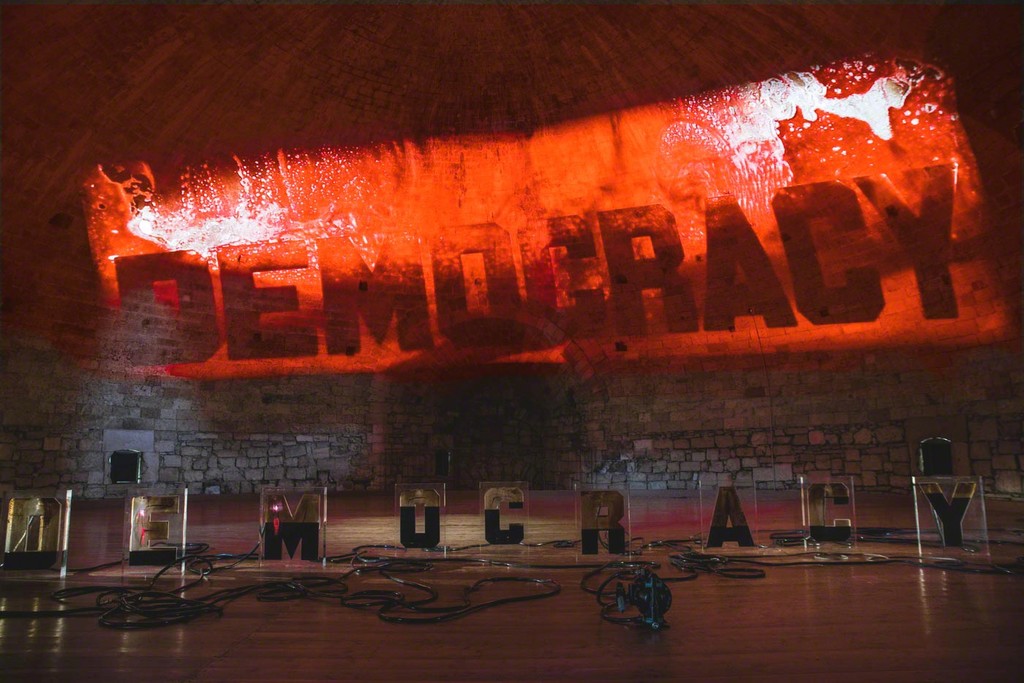 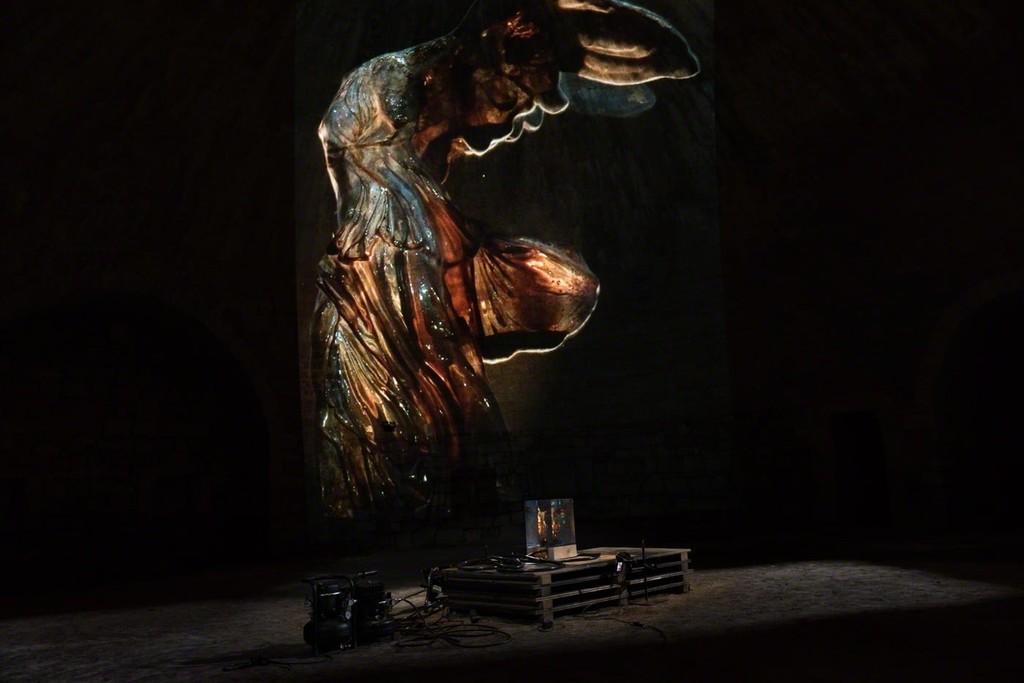 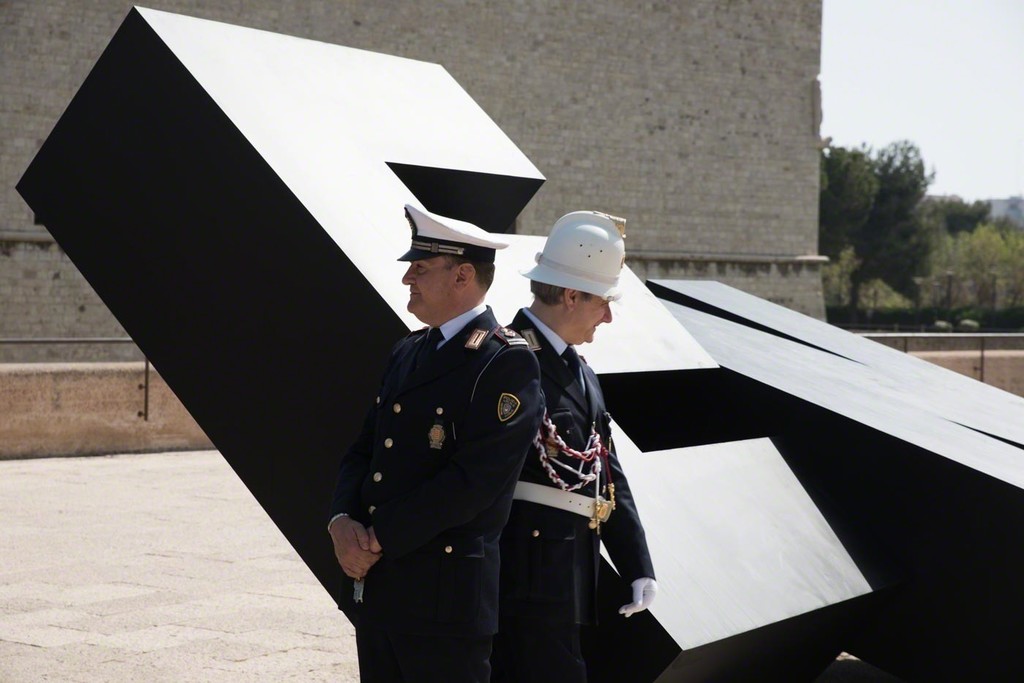 Andrei Molodkin’s show at the Castle of Barletta is the first exhibiting event within the project “Circuito del Contemporaneo”.
The inauguration will be held at the same time as the opening of the renovated “Lapidarium”, with the exhibition “The Story of the City. Stone images in the Barletta Civic Museum”, in order to create a close connection between history and contemporaneity. Andrei Molodkin will present “Victory of Democracy” inside the great Pugliese fortress, an historical post of military defense on the Adriatic Sea, drawing inspiration from the historical, artistic and architectural context of the location. Between the fortified walls, the result of phases of different dynasties in power, from XI to XVIII Century, the stone sculpted in antiquity reflects epochs of extraordinary culture: in the Lapidarium the castle preserves the limestone portrait-bust attributed to Friedrich II of Swabia dating back to XIII Century, and the Sarcophagus of Apostles, a stony high-relief first proof of Christianism in the city, of the period between III and IV Century, as well as well structured civic collections of objects and paintings.
As a countermelody to this story, sealed by the rich and great artistic heritage, Molodkin’s acrylic containers translate the violence of contemporary reality: a “capitalist” era characterized by poverty, war and exploitation. The hollow containers showing “VITTORIA” (VICTORY) and “DEMOCRAZIA” (DEMOCRACY) are filled from time to time with immigrants’ blood and crude oil gathered from the conflict zones. World government is in decline. Francis Fukuyama’s theory of the “end of history” turns out to be obsolete and unhatched because the sociopolitical project he set out appears to be fragile, “collapsed” and fluctuating. Contemporary culture is already in ruins, claims Molodkin. The exhibition
will unfold between the ravelin, in the open space in front of the Castle, with the large-scale installation GOVERNMENT DOWN, and the vaults beneath the Castle.