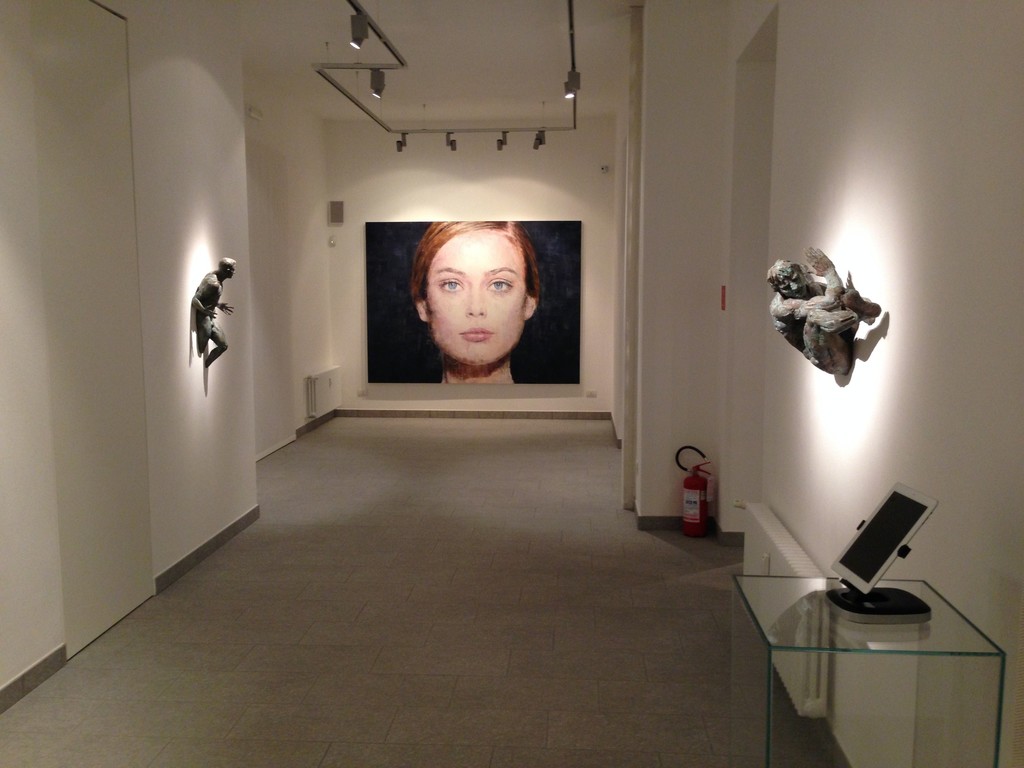 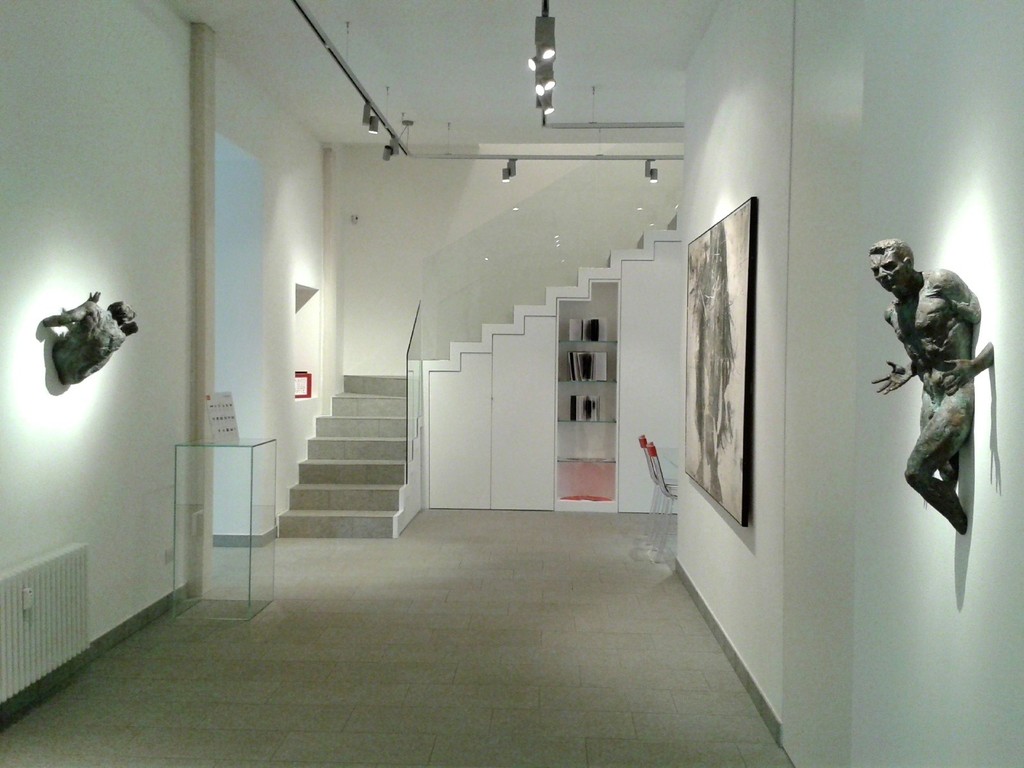 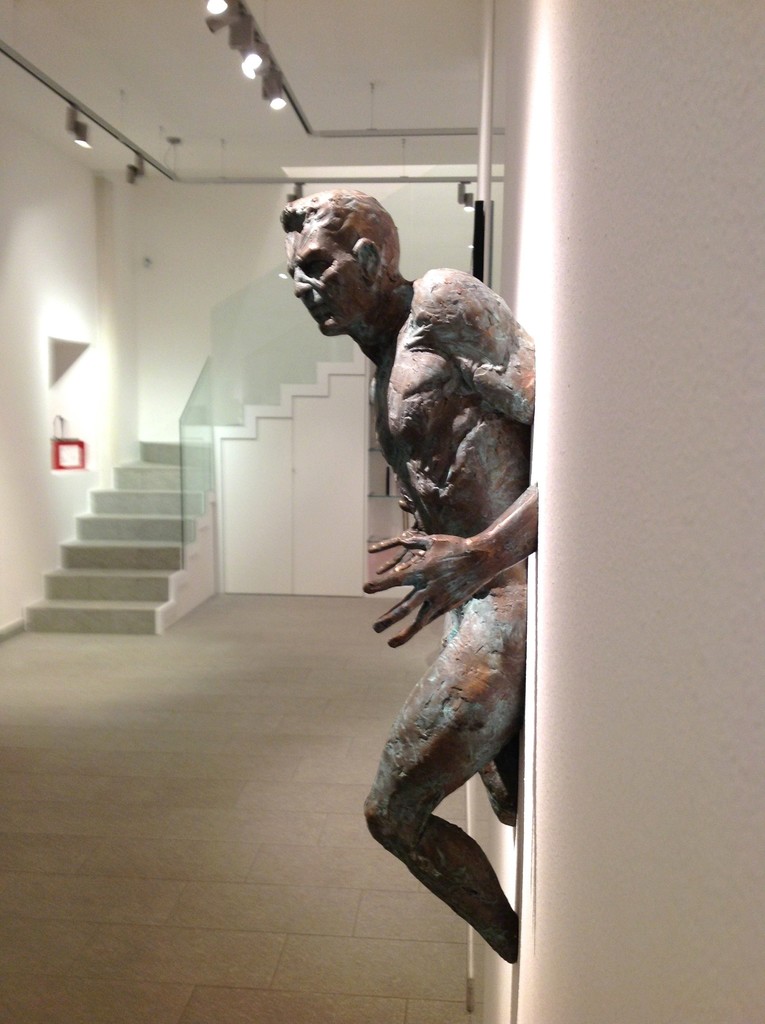 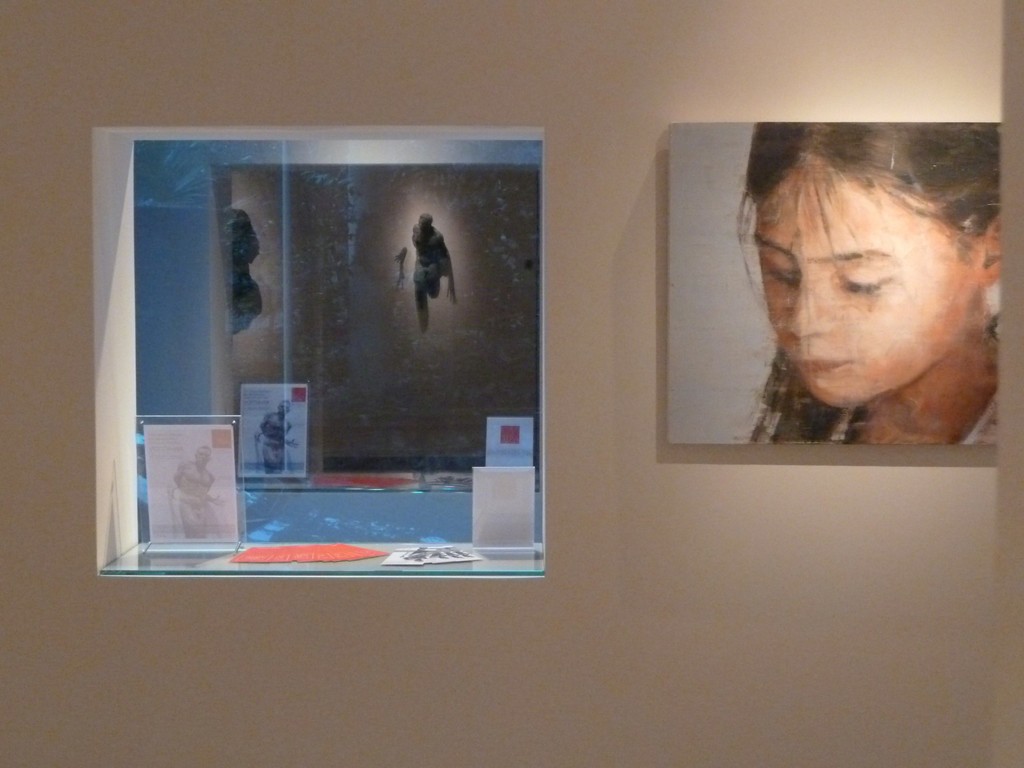 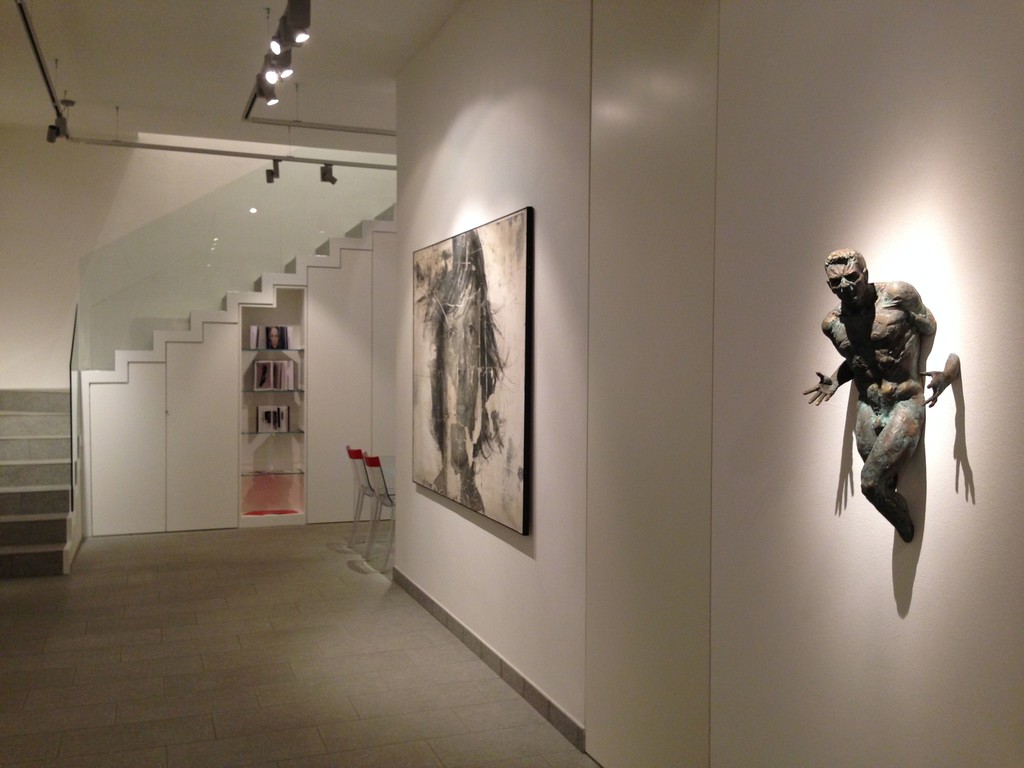 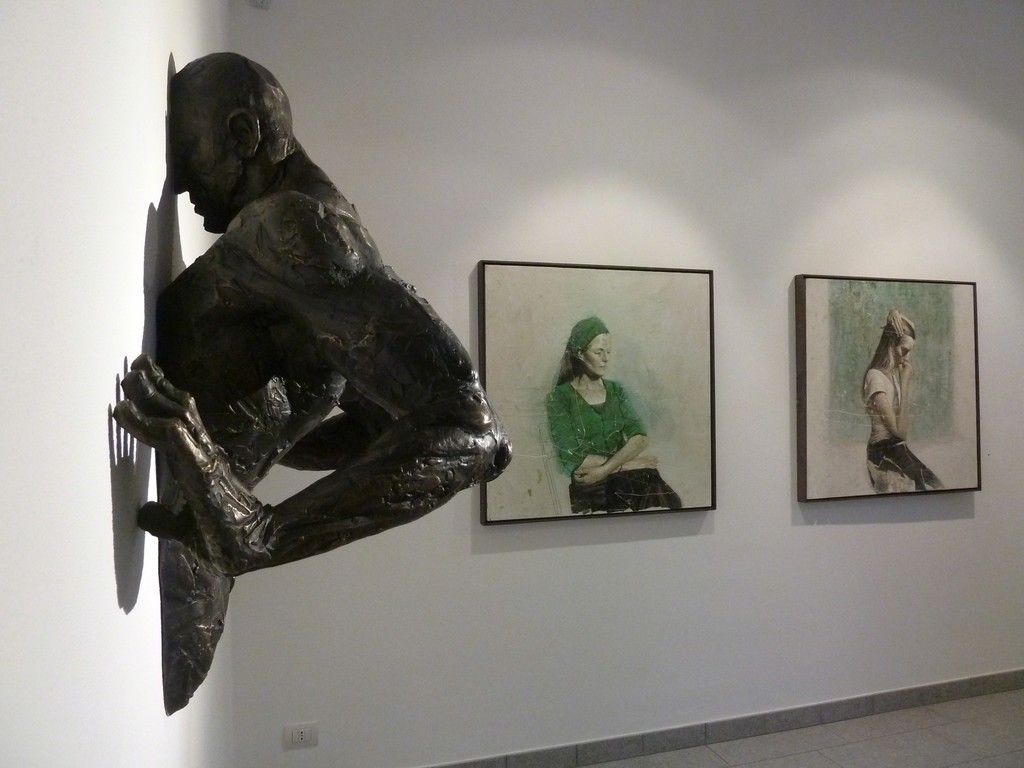 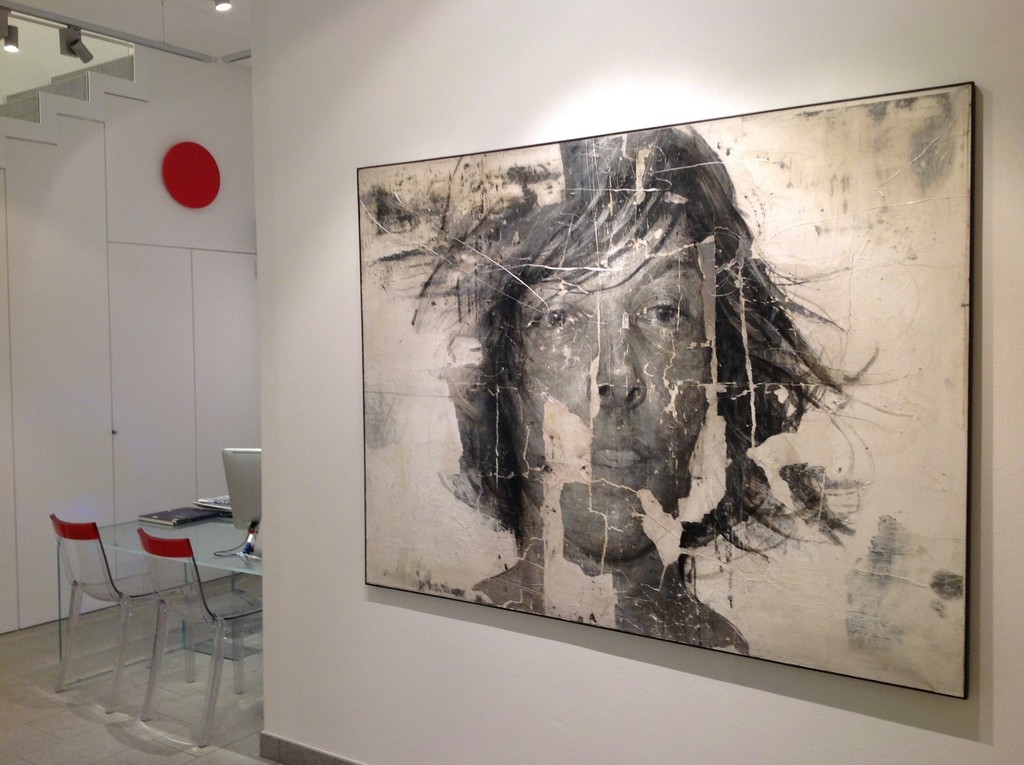 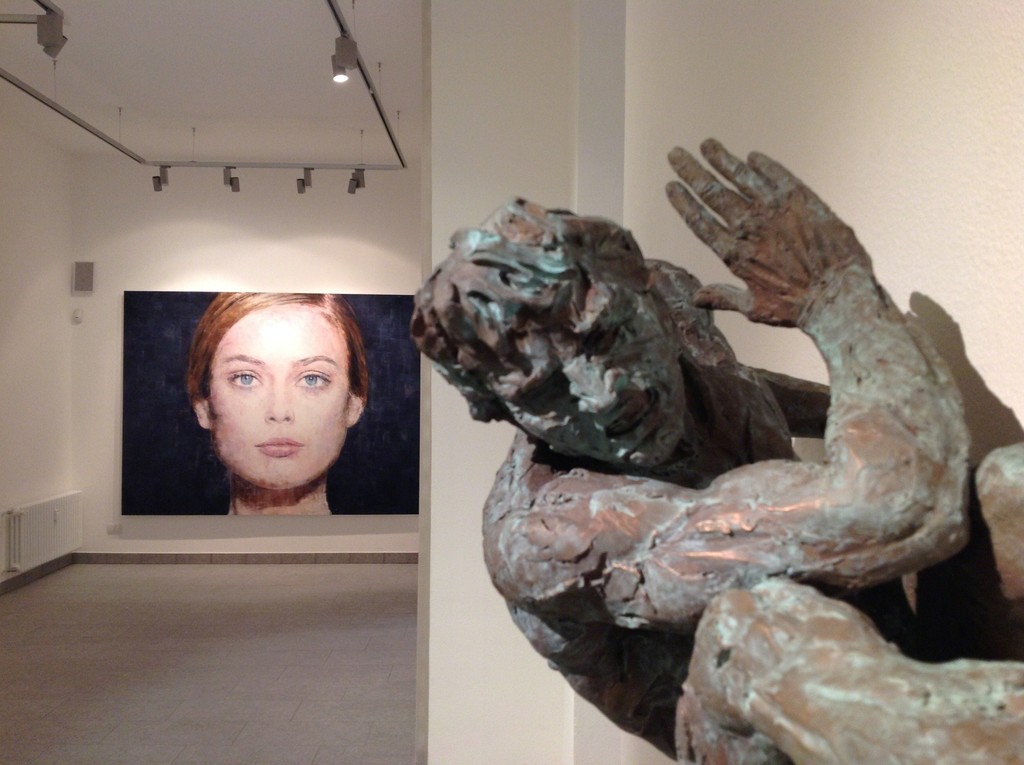 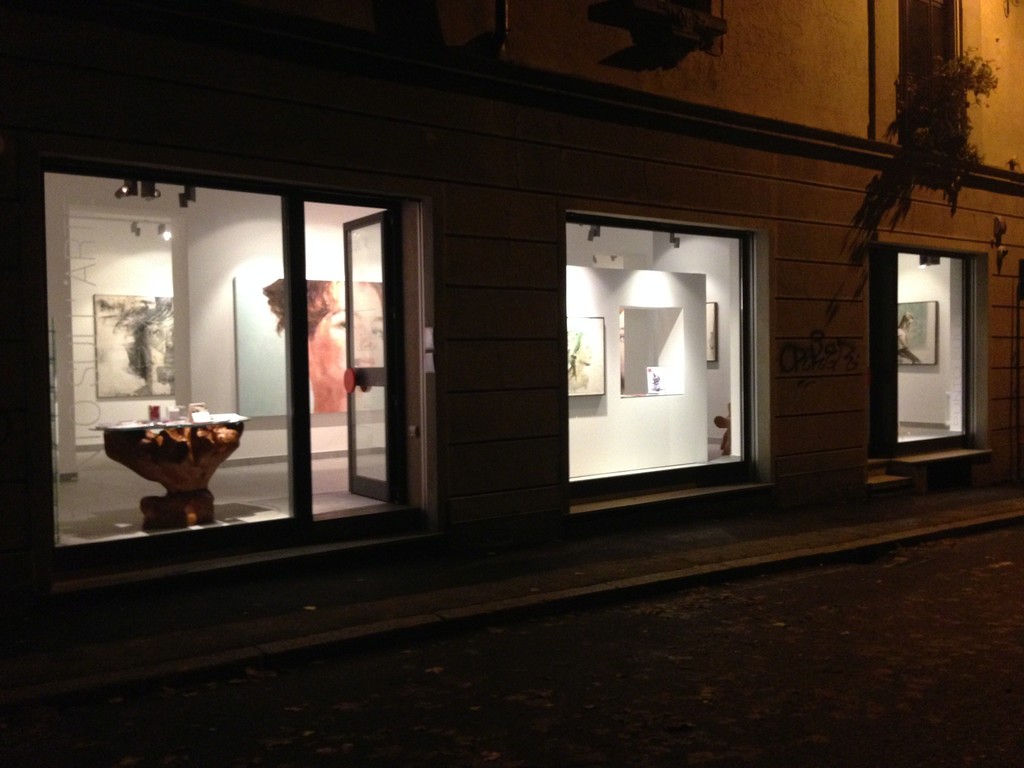 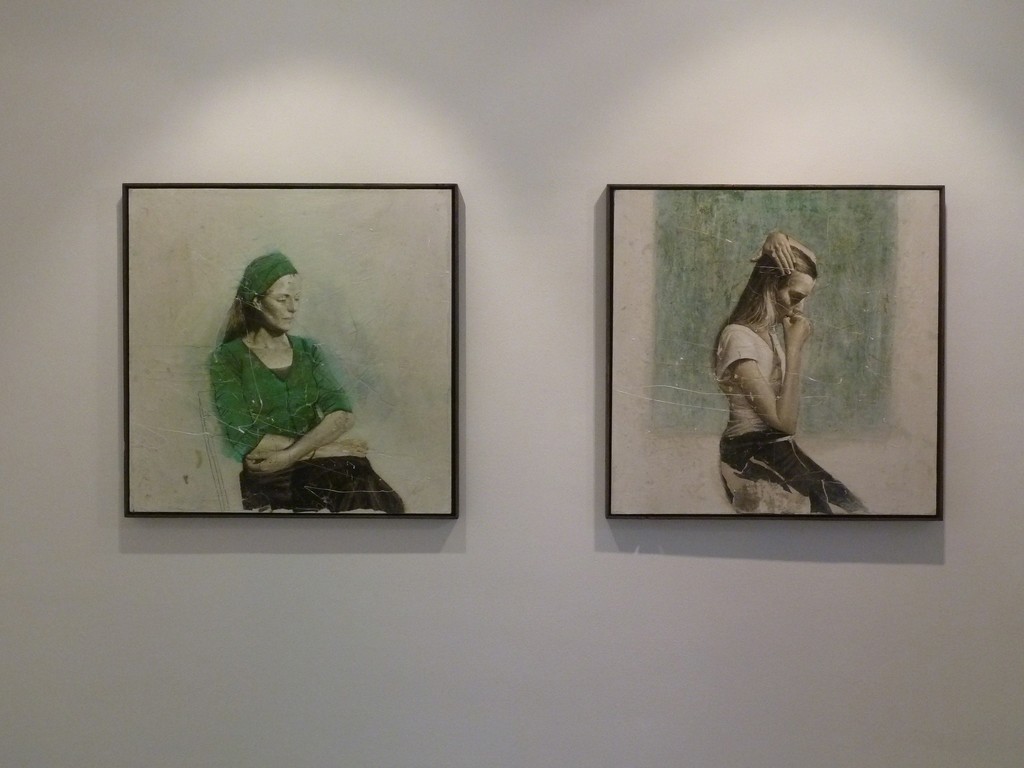 On Saturday November 15 from 5 to 9 pm the Punto sull'Arte's season will be opened by the exhibition AttrACTION. For this occasion three artists, recognized both at a national and international level, will exhibit their works: MATTEO PUGLIESE, ANDREA MARICONTI e HARDING MEYER”.
The exhibition focuses upon the attractive power which can be revealed by bodies and glances. The three chosen artists describe mankind through different languages, though using the same expressive power.
The bodies by MATTEO PUGLIESE (Milan, 1969), who is one of the most interesting and fascinating contemporary sculptors. Some of his works have been sold by the main auction houses - Christie’s, Sotheby’s, Pandolfini – always reaching good results. His works are warriors refined by classical suggestions yet prisoners of a brutal matter, seized during the culminating fight, the moment before liberation; explosions of contracted power sculpted into bronze.
The majestic and impressive faces by HARDING MEYER (Porto Alegre, Brazil, 1964) whose hypnotic and clear glances are tempered by the soft and ethereal strokes which turn them into timeless icons.
The portraits by ANDREA MARICONTI (Lodi, 1978), hanging between the passion for tiny, almost photographic, details and the need of liberating the matter, letting it dissolving, exploding, to explore third dimension.