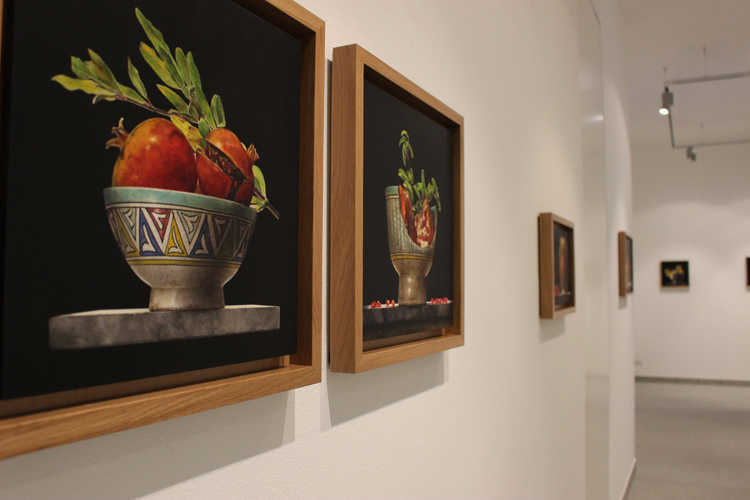 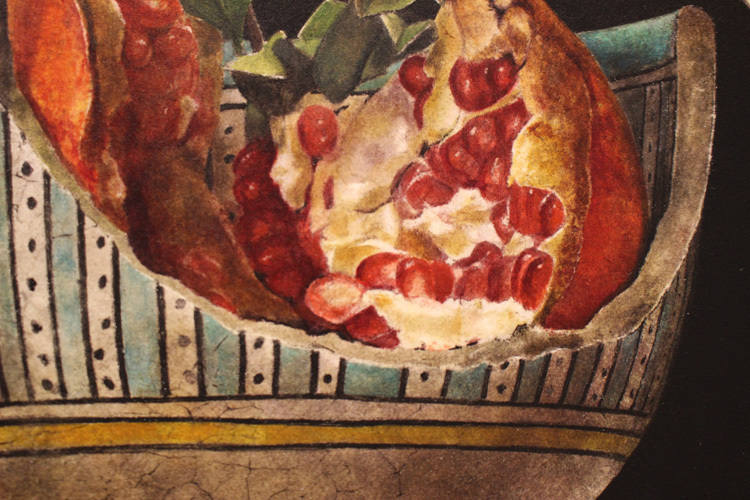 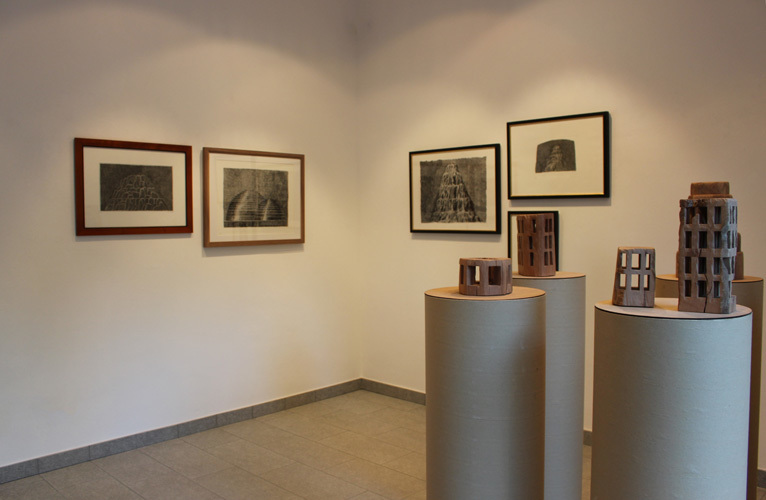 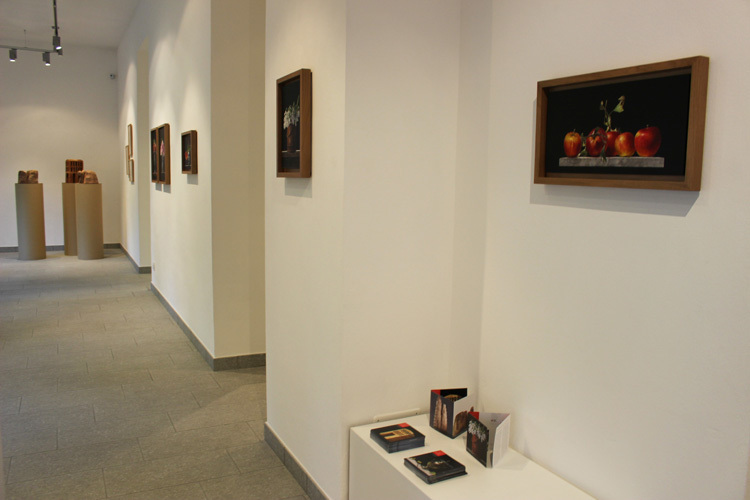 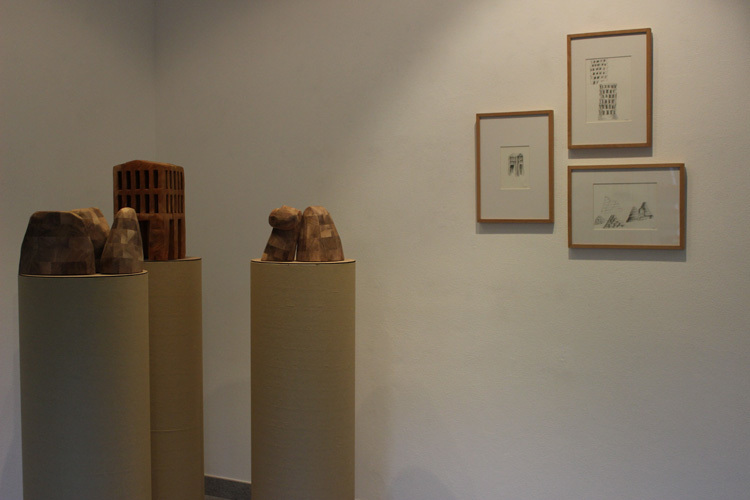 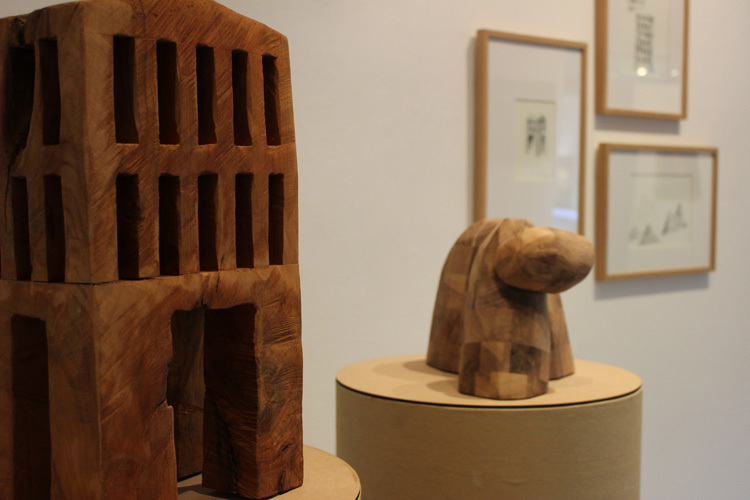 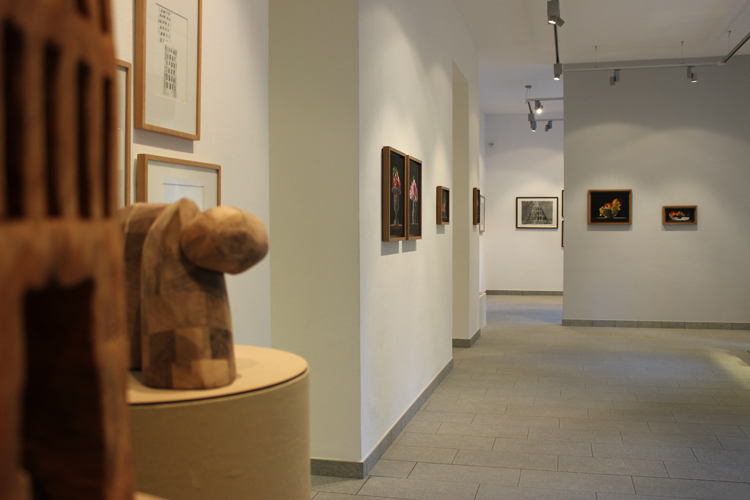 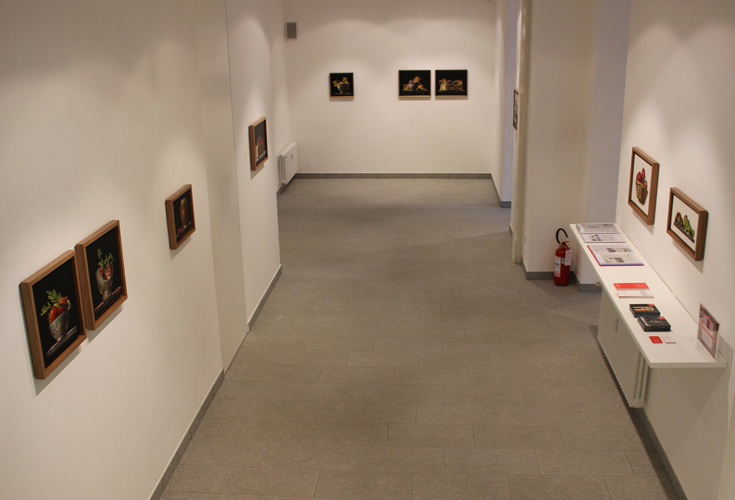 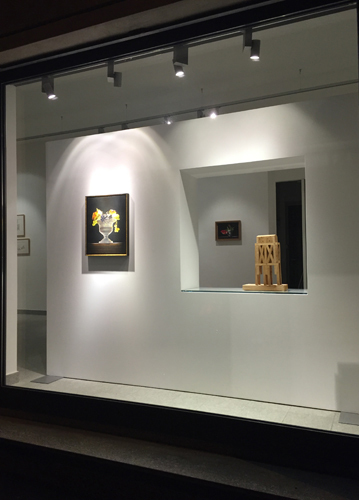 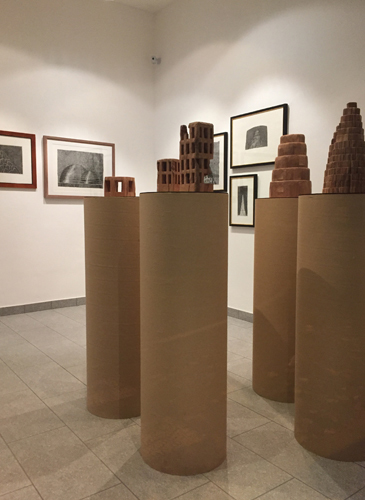 Since MICHELE DE LUCCHI – the architect of Expo and Gae Aulenti Square, in Milan – shows his more free and wilder artistic side, through the little handmade creations realized in his atelier in Angera, OTTORINO DE LUCCHI, the painter, has to bring order back, through his collection of elegant still lives, characterized by slight metaphysical suggestions and realized through the particular watercolor drybrush technique
Hence, here is Michele De Lucchi's poetry within Montagne, the rhythmic alternation of solids and voids of Palafitte and Edifici vuoti, unique works built by the assembly of little wooden blocks; and Ottorino De Lucchi's baskets, the shining porcelain bowls, the transparency of plate glasses and those triumphs of ripe, compact fruit, whose light seems to come from its inner.
MICHELE DE LUCCHI: Born in Ferrara in 1951. He graduated in Architecture at the University of Florence. Throughout the years of radical and avant-garde architecture he was among the protagonists of trends like Cavart, Alchimia and Memphis.
He has created lamps and furnishes for the most important Italian and European industries, such as Artemide, Olivetti, Alias, Unifor, Hermès, Alessi.
He has planned business and corporate identity places for Deutsche Bank, Poste Italiane, Ferrovie dello Stato, Enel, Piaggio, Olivetti, Telecom Italia, Novartis, Intesa Sanpaolo, Unicredit. He has realized architectural projects throughout Italy and the world, among which residential, industrial, managerial and cultural buildings. He has curated exhibitions for many museums, such as the Triennale in Milan, the Palazzo delle Esposizioni in Rome, il Neues Museum in Berlin and the Galleria d'Italia Piazza Scala, the Sforza Castle, the Museo della Pietà Rondanini and Casa Manzoni in Milan. Recently, he has developed various projects in Milan: the 2015 Expo pavilions (Zero Pavilion, Expo Center and Intesa Sanpaolo Pavilion) plus the Unicredit Pavilion at Gae Aulenti square. In 1990 he gave birth to Produzione Privata, a little company within which Michele De Lucchi draws products through artisan techniques and crafts. Since 2004 he sculpted wooden "cots" by using the chainsaw, in order to find architectural simplicity. In 2003 the Centre Georges Pompidou in Paris bought a relevant number of his works. A selection of his objects is exposed in the most important European, American and Japanese museums. In 2000 he was appointed Ufficiale della Repubblica Italiana for Design and Architecture by President Ciampi. In 2001 he became full professor at the Design and Arts Faculty of the Architecture University in Venice. In 2006 he received the honorary degree from Kingston University, for his contribution to living standards. Since 2008 he is full professor at the Design Faculty of the Politecnico in Milan and academic at the San Luca National Academy in Rome. He lives and works between Angera and Milan.

OTTORINO DE LUCCHI: Born in Ferrara in 1951. He graduated in Chemistry (1975) and Pharmacy (1977) at the University of Padua. Throughout his life he has always carried out his artistic activity interposing it with his career of academic chemic, especially during his years abroad or away from his family. During his stay in the United States he could closely observe the works by A. Wyeth, getting excited about the technique and virtuosity of his "dry brush" paintings. Without any further detail, he started a series of experimentations which led to the independent development of an original technique with regards to the execution and the chosen subjects. This technique is based upon watercolour painting, where the relationship pigment-binder is optimal both for the transparency and the vividness and brightness of the colours. The pictorial weft obtained by using paintbrushes, paper and fabric is particularly fit to describe the surface of still lives, figures and landscapes. The transparencies and glazes, obtained both directly and through careful removals of colour, could not be reached by using other painting techniques. The results regarding contrast and brightness are so relevant that he has been often invited to describe his technique in various academies and Art Institutes. He lives and works in Padua.