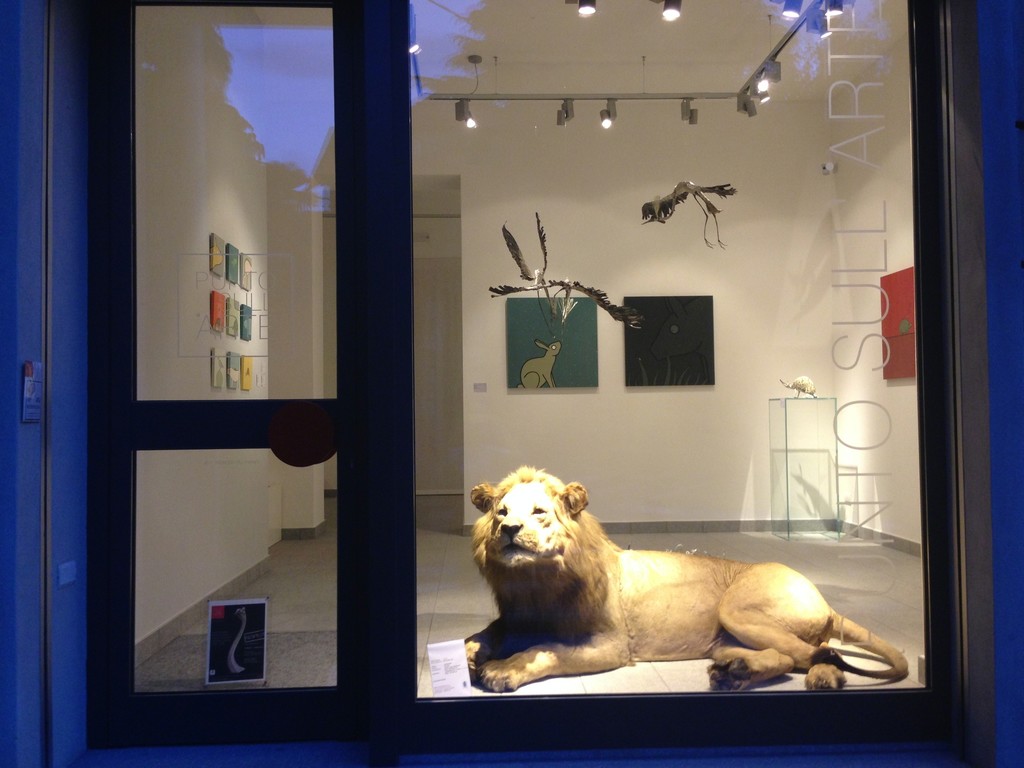 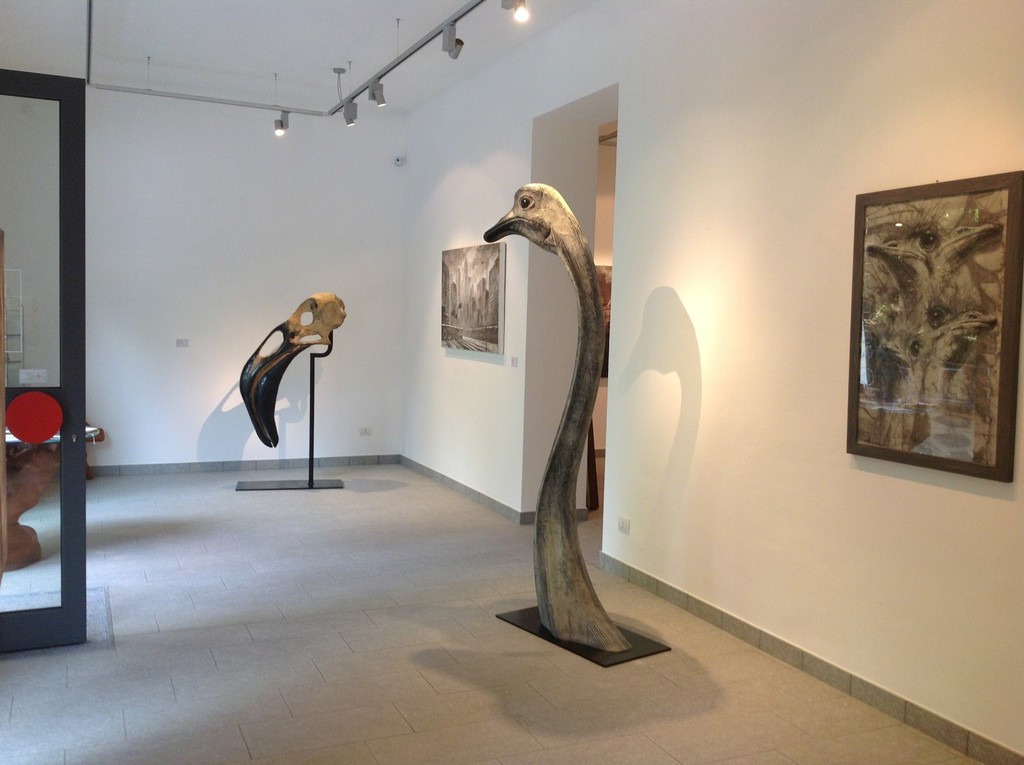 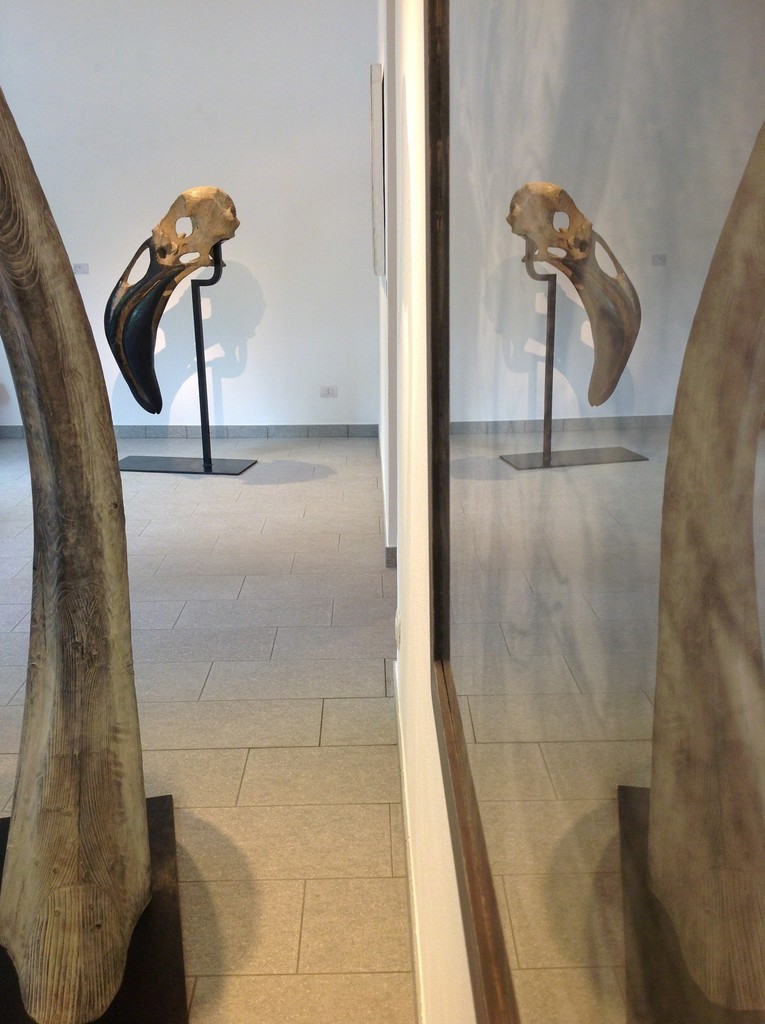 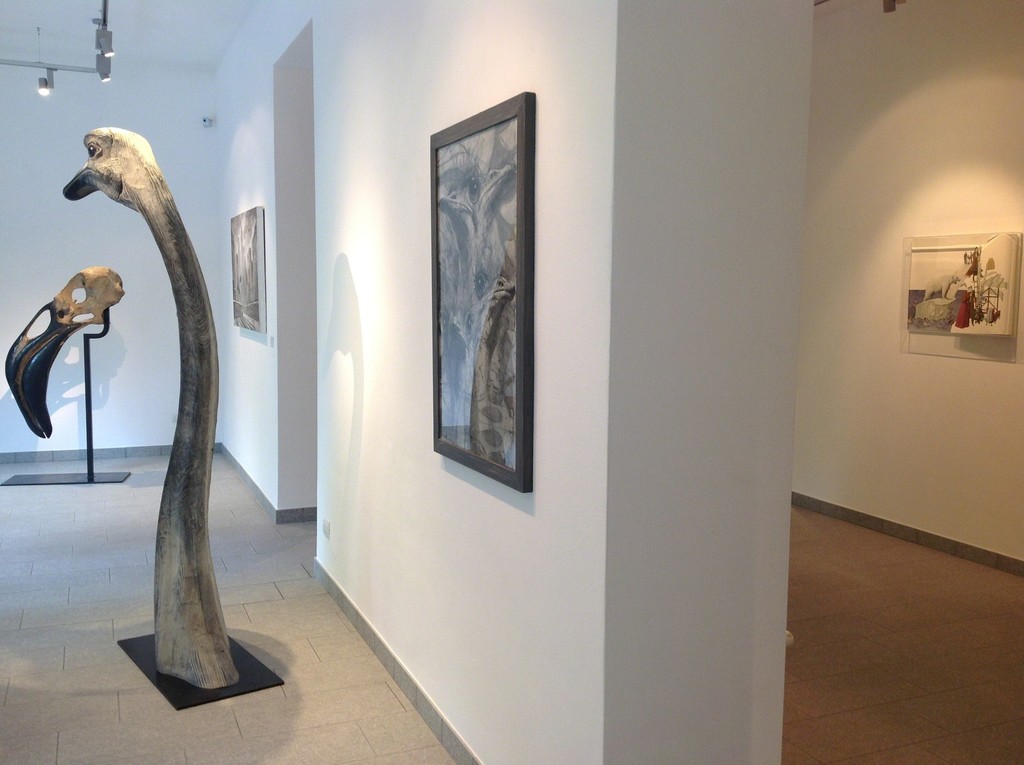 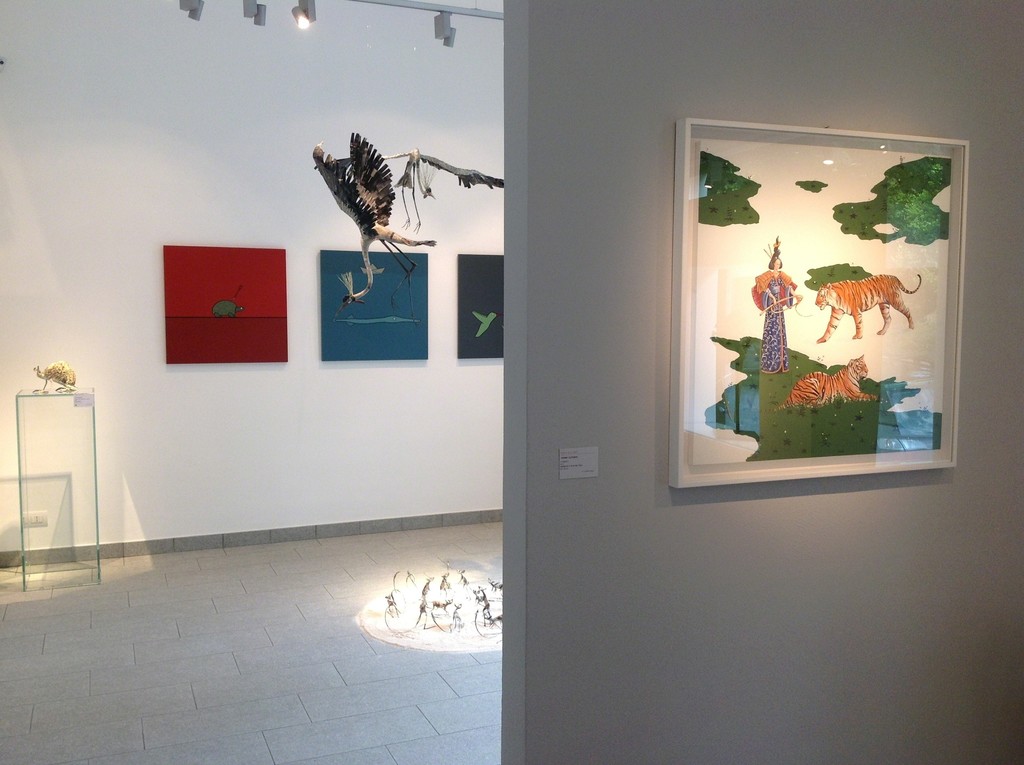 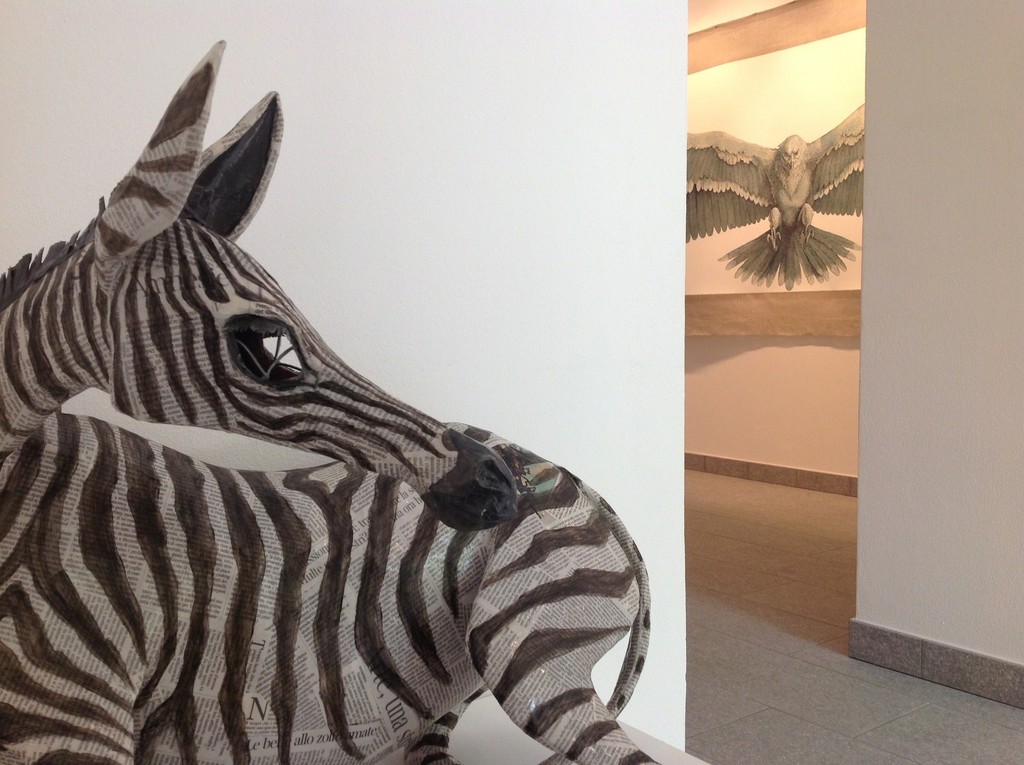 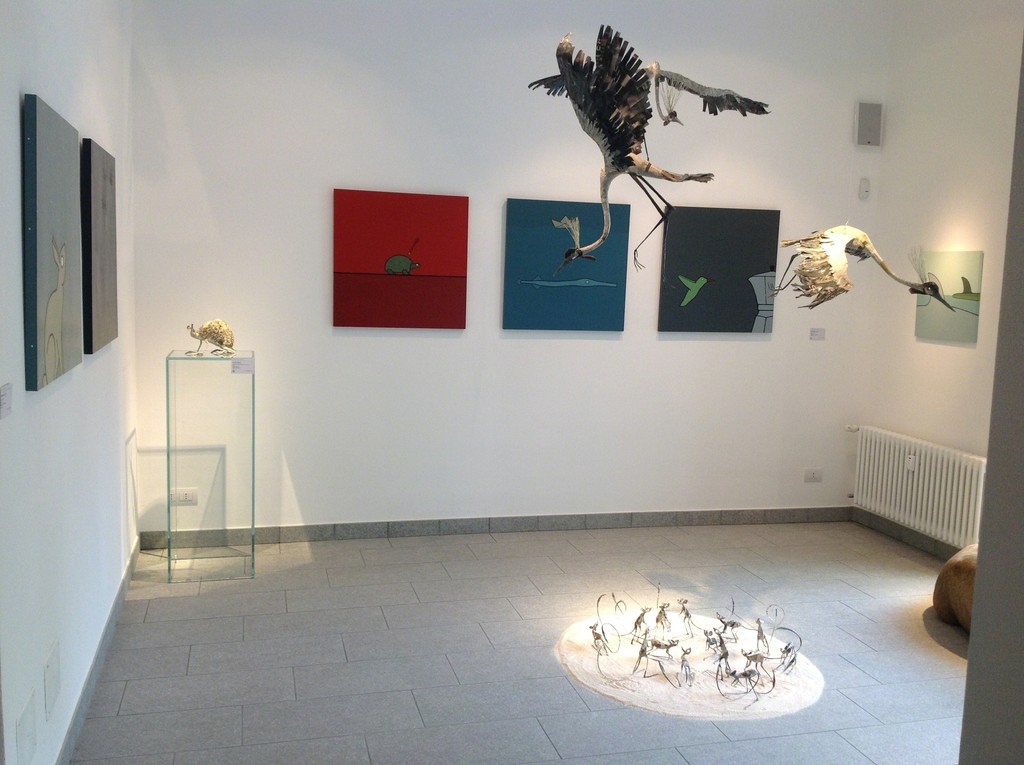 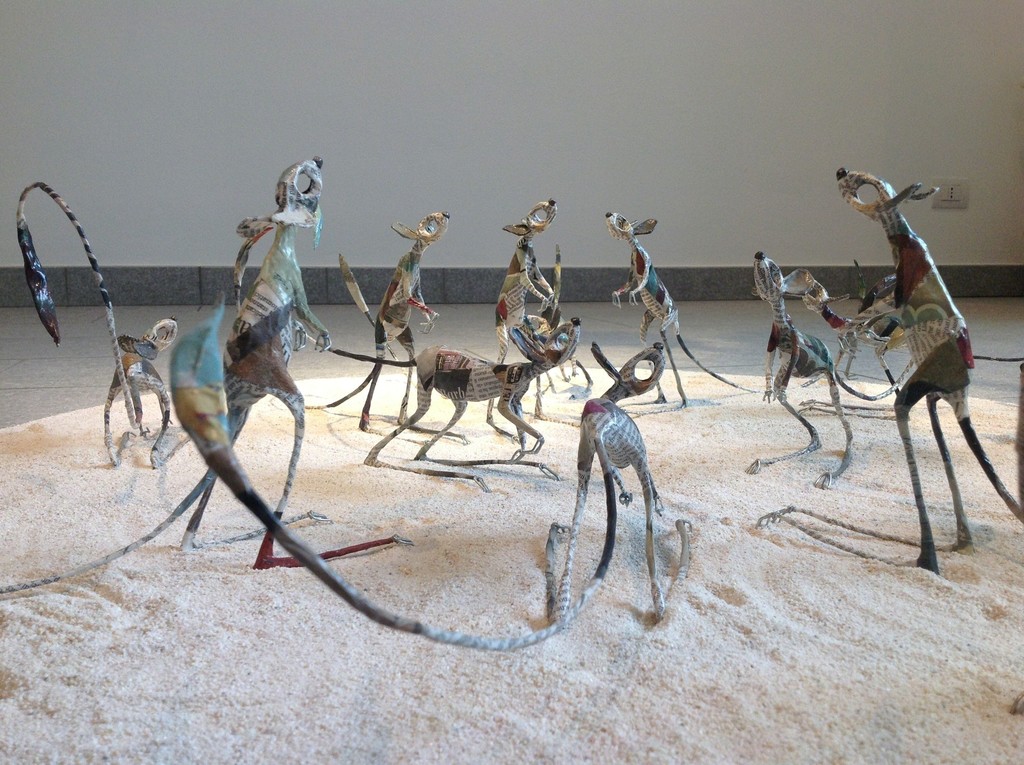 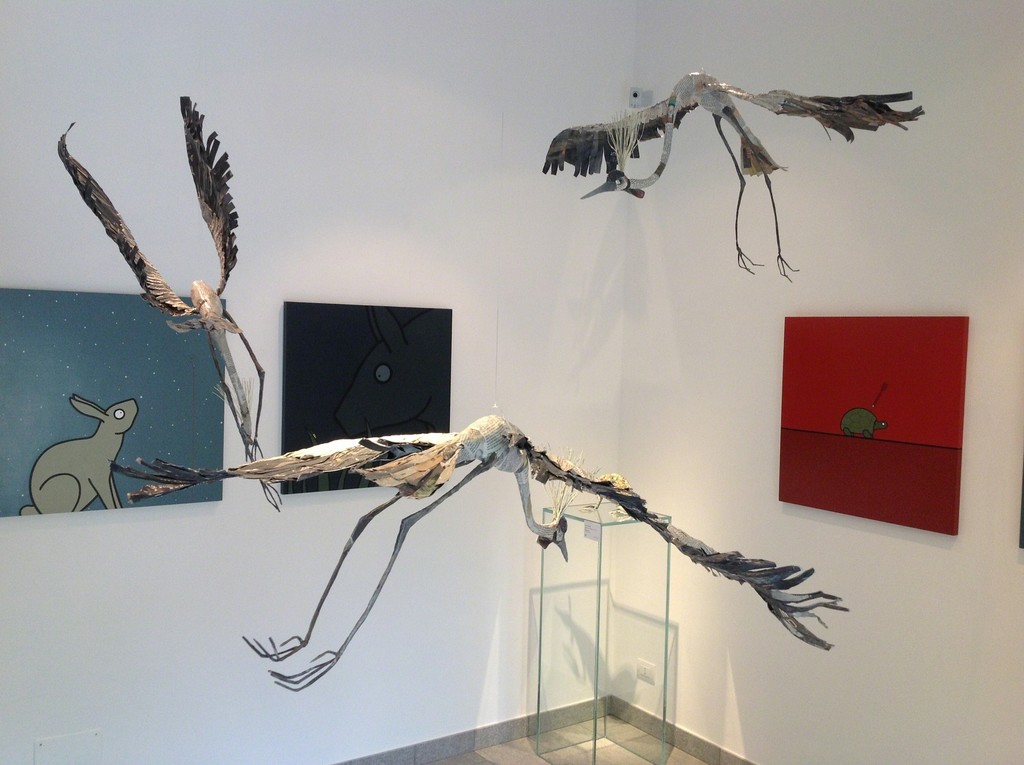 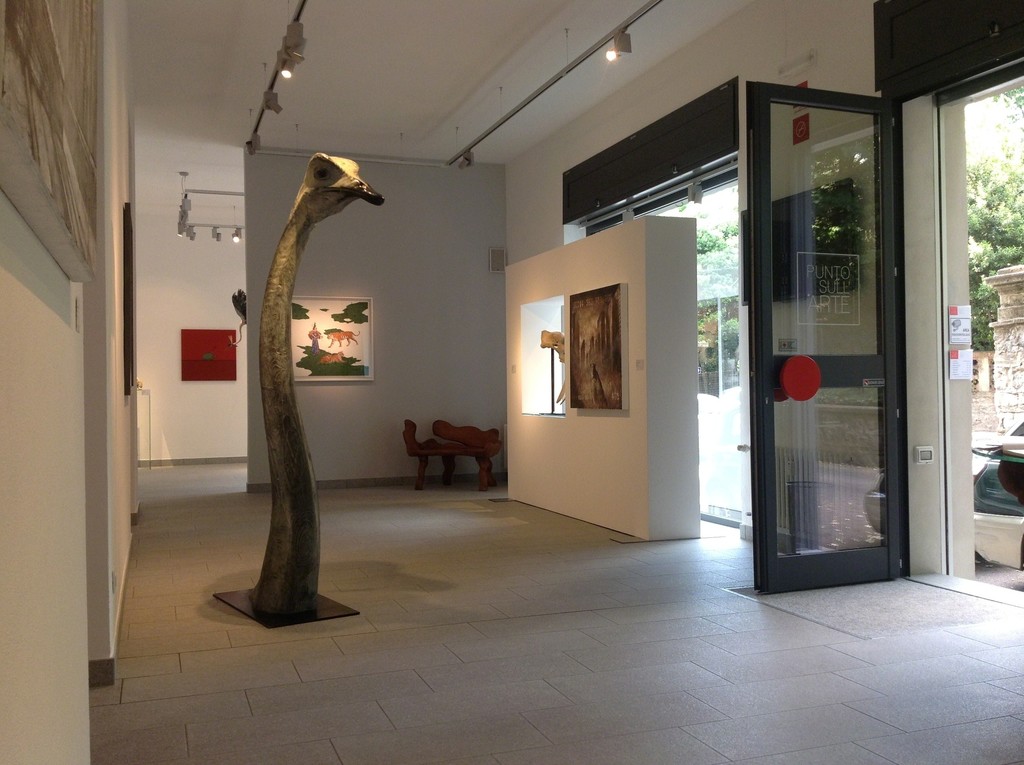 Being at the beginning of the third millennium, we should reconsider our relationship with animals. An opportunity could be the discovery (even if the collection exists and has been open to public for 4 years, it still seems like the finding of an artifact) of a legacy of stuffed animals. The first sensation felt in front of this kind of objects - even the choice of the term “objects” is painful, but which is the right word?- is an immediate sense of embarrassment. Why did they die? It is not an adequate explanation. Apart from the curiosity of observing very closely an example of male adult lion, or assay the real proportions between a polar bear and a polar wolf, the true sensation felt is guilt. Although we cannot define its origin. It is a stratified and transgenerational guilt, making us responsible of turning these animals into mere subjects for documentaries and TV shows, which could become within few years the last proof of their existence. We perceive that the real concept of nature is slipping away from us; whereas nowadays adults, born during the sixties and seventies, had the chance of growing with a great-grandmother or an aunt who took them to farms to pet rabbits (only to then baking them with potatoes, making us cry... even though it was a positive sensation), our kids’fruition of animals is often the one conveyed by the zoological garden, wherein the animal is too distant to be compared to a superhero or Winnie the Phoo.

What happened? According to the Italian Ecology Society, the first cause for environmental destruction is human presence (is this the origin of our guilt?). The rate of extinction connected to our activities is a thousand time superior (a thousand!) compared to the natural one. During the last 40 years vertebrate populations decreased of one-third and according to the World conservation union among 71 thousands of existing species, 21 thousands are already risking to disappear. The Sumatra Rhino amounts to 270 examples, the Giava one to less than 60, whereas the western black one extinguished in 2011. However, going beyond the tenderness inspired by the last panda (which surely raises more empathy than the rhino), the risk is to iron biodiversity into an uniformity which empties and debases the planet. Therefore, visiting a collection of stuffed animals could be useful to remember that each gesture by each individual makes the difference, thus outdoing the first sensation of wrong. Consequently seizing the value of observing and studying an exemplar which day after day becomes more precious. Since the problem can’t be solved by ignoring it: in the best case, we elude it, leaving it to next generation. Although the positin by Jonathan Safran Foer might seem extreme, some aspects shown in his essay “Eating Animals” cannot be neglected. For example, the fact that for each kilogramme of fished shrimps 24 kilogrammes of other animals are killed and that the accessory preys during the tuna fishing amount to 95 other species, among which there are sharks and turtles; or else, according to UN intensive animal farming (bovines, pigs and poultry) produce the 18% of greenhouse gases, 40% more than the whole transportation system; moreover, a dreadful percentage of intensively bred poultry is infected by Escherichia Coli and intensive livestock (poultry and pigs) contain the next global flu epidemic. The true short circuit is represented by the intense and almost humanized relationship with our domestic pets -whose intelligence and sensitivity can be daily witnessed- compared to the distance kept with other animals, whether they wind up in our plates or not. Therefore, our voluntary ignoring animals’ sufferings, since they are usually considered as objects at our disposal, and our ignorance about the intellectual abilities of those animals whose existence we risk to forget. Therefore, looking into the eyes of a stuffed leopard -even if killed by politically incorrect actions- focusing upon its ability of mapping the surrounding space and capturing its prey by using the hypotenuse of a right triangle, can surely be a valued experience.
Contemporary art has an ambivalent relationship with animals, which clearly explains how man sees himself. As Wim Delvoye tattooes pigs (through painless methods, he guarantees) and then breeds them into a protected farm in China where they will never be slaughtered and will die of old age (yet tattooed), Maurizio Cattelan - thus far the most valued Italian living artist - who, during the Venice Biennal in 2011, placed around the Exposition Palace, on the trusses and ledges, two thousands stuffed pigeons. On the other hand Damien Hirst -an artist who dines with François Pinault- gets sharks caught on commission, puts them in formaldehyde and exposes behind huge cases. In the end, he sells them for 12 million dollars. We cannot believe that it is the mere consequence of crazy art marketing: the truth is that animals are becoming the addressees of attentions which were unforeseeable fifty years ago. Icons and cult objects. Something which puts us in front of our being alive, destiny and mortality.

Here are our finiteness and mortality, within the giant skulls by Quentin Garel. Within the elephant heads which appear from the wall like inquiring guests, or the long and sinuous ostriches’ necks suddenly springing from the floor and in those majestic craniums whose expressions can be made powerful simply adding a couple of tusks or a curved beak. He started with the most humble animals, the ones submitted by man to obtain labor force and food (our starting point of discussion), and it is hard to find steer or cow heads more shining and regal than the wooden, bronze or iron ones by Garel, who plays with materials and our perception, presenting bronze as an opaque patina, filled with bows and veins, thus convincing us it is wood. Although it is not. In the same way, the size is unreal, urging to rethink the object and -as a consequence- rethink ourselves. As if they were consumed by time, worn out by the sea or weather-beaten, those skulls appear redeemed from death’s ugliness since their jaws seem ready to spring. A death which transfigures into the artifact.
A different kind of time is the one presented by Vanni Cuoghi. A fairy-like and poetic time, completely detached from reality. By choosing intense themes and a delicate language, the artist invites us to lapse into his works, loosing ourselves into surreal worlds letting our plainest and deepest emotions emerge. It happens both in front of a falcon whose beauty is so majestic and dreadful to ignore its sharp beak and claws, already positioned for the capture, and in front of a polar bear, the protagonist of a fairy tale whose prologue and conclusion are unknown, nonetheless involving us with a complex narration, among characters who seem to derive from ancient daguerreotypes and mysterious flying machines. His tigers are transformed into wonderful kittens, humbly subdued to a young girl, and his paper cages into airy crochets, trapping beasts whose ferocity is tempered by the aesthetic delight.

The audience is then abruptly thrown back to reality by Gabriele Buratti. His oil paintings are characterized by a hazy atmosphere, since his palette is dominated by greys and browns, thus presenting a dull and repressed world, wherein animals struggle for survival. The clash between wild animals -hyena, cheetah, elephant, rhino, zebra- and the urban context wherein the artist sets them, shocks the audience, who desperately looks for human presence. Since man can’t be found, we are urged to ponder upon a future, a day after, when nature will conquer abandoned metropolis recreating its habitat. In the end, the choice of inserting bar codes and sequences of numbers, provides another interpretation linked to consumerism, an attitude which is going to destroy our remaining authenticity.
The animals by Alice Zanin are delicate, thin and airy, even with their paws rooted to the ground. Lemurs with pointed snouts, elegant mongooses, long-eared fennecs and noble antelopes which move as if they were gracefully dancing. The choice of papier-mâché allows the artist to express her creative freedom, gifting her works with such lightness to enable their scenographical arrangement into flying flocks. The articles and photos of the newspapers used as raw material are clearly visible, and they decorate the animals’ coats with words (as described by the works’ title, especially in the series Verba volant scripta...), creating also an interesting contrast with the millimetric precision of certain anatomical details.
Stylization is instead Massimo Caccia’s code, whose varnishes upon wood represent one ofthe brightest and most symbolical voices of third millennium’s new pop. His animals, defined by tidy, almost abstract, lines, spaced out by vividly coloured fields and built upon perfect balances, are more easily recognizable and their personal drama is more understandable. There are rabbits threatened by falling forks, dragonflies balancing upon a knife, fishes which are going to swallow the hook; living beings balancing between safety and a cruel, inevitable destiny. Observing them, we are urged to rethink our relationship with animals and our soul’s reflection into them. Since we are like threatened rabbits, unaware insects and fain to be devoured fishes.