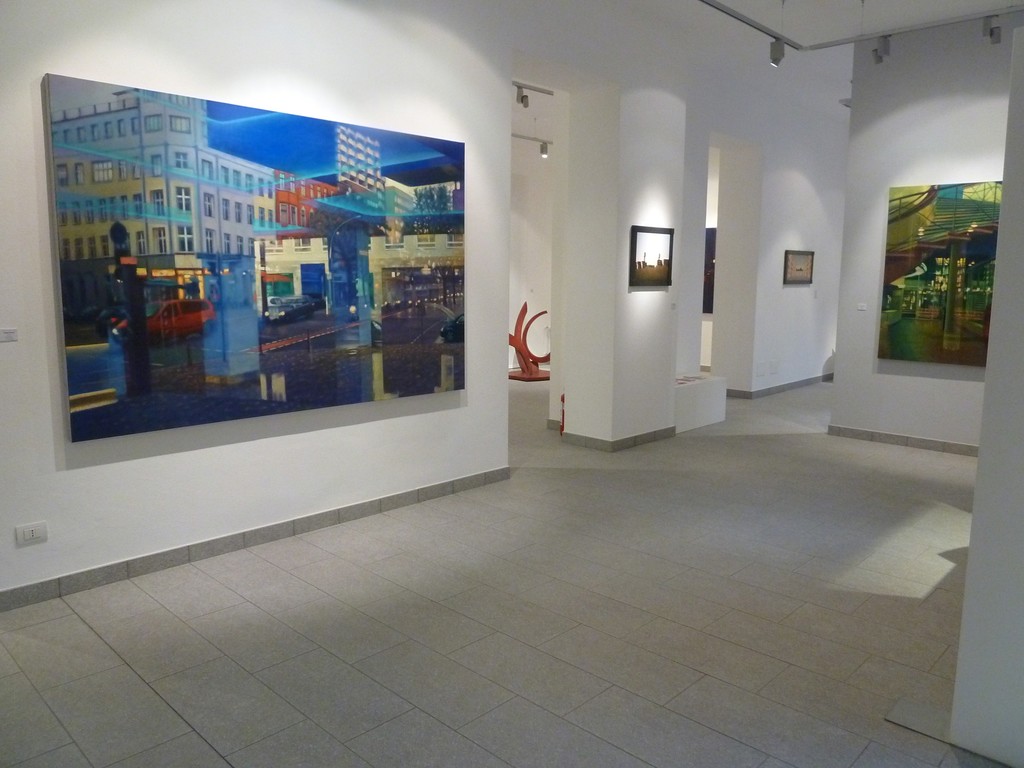 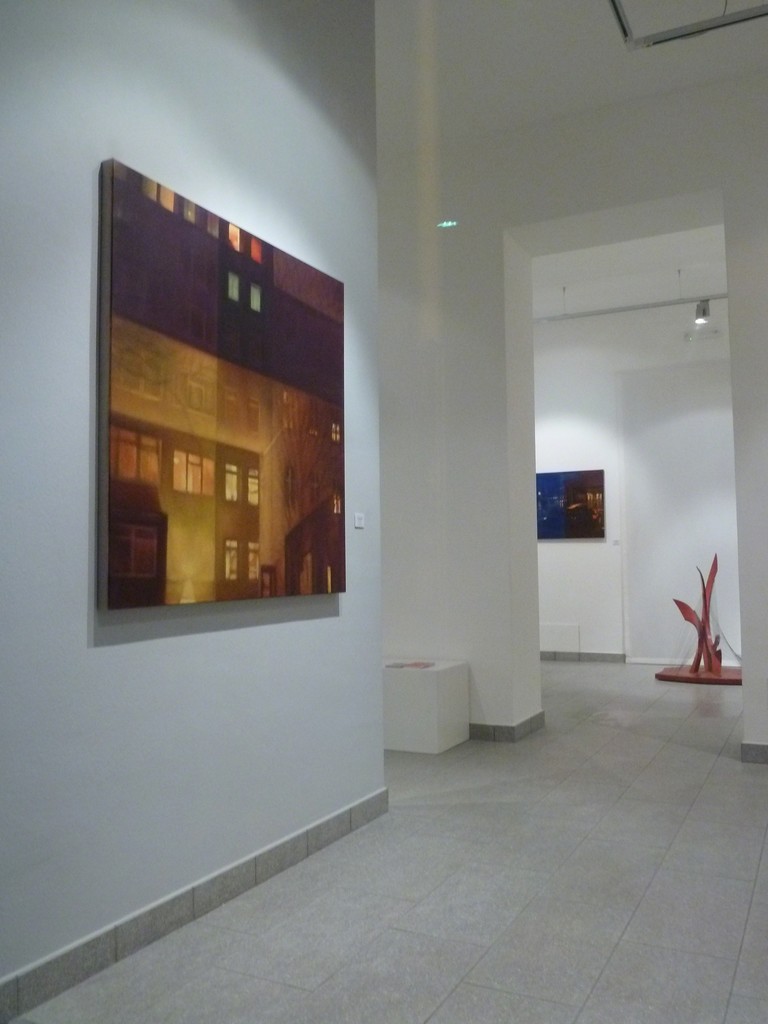 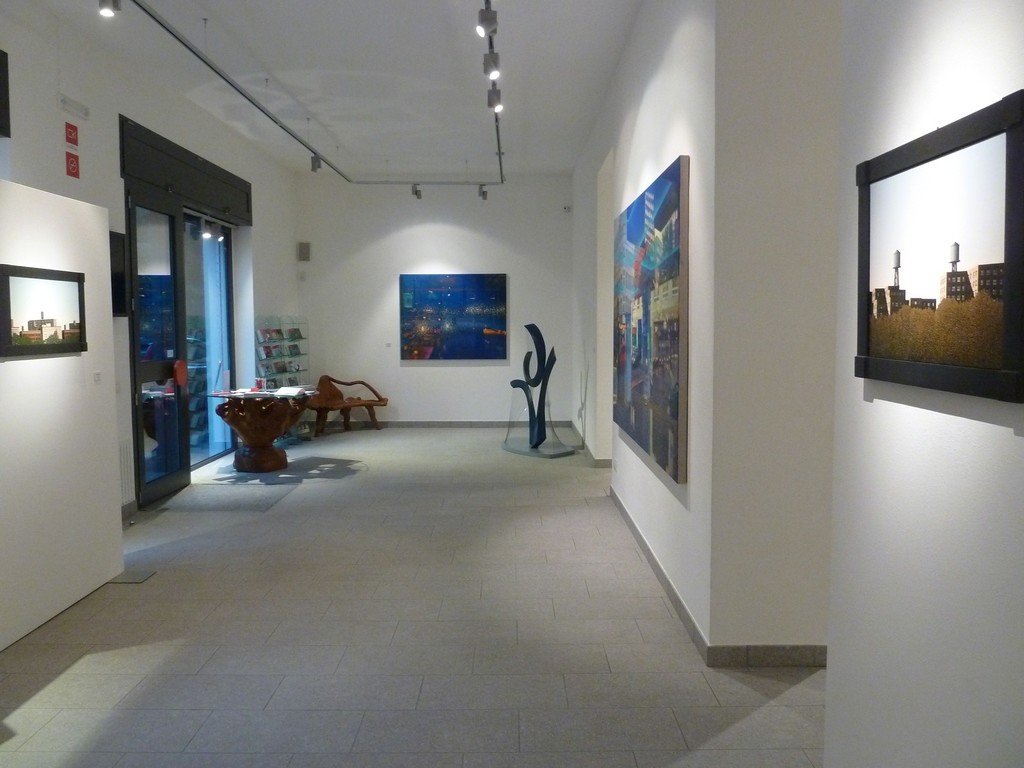 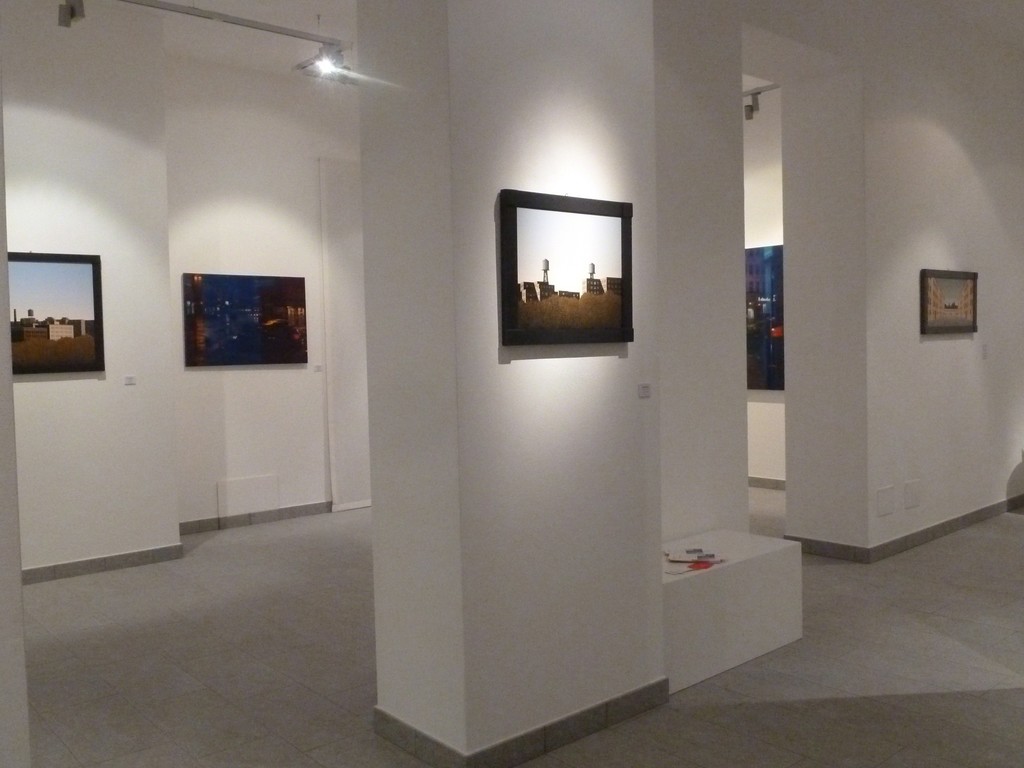 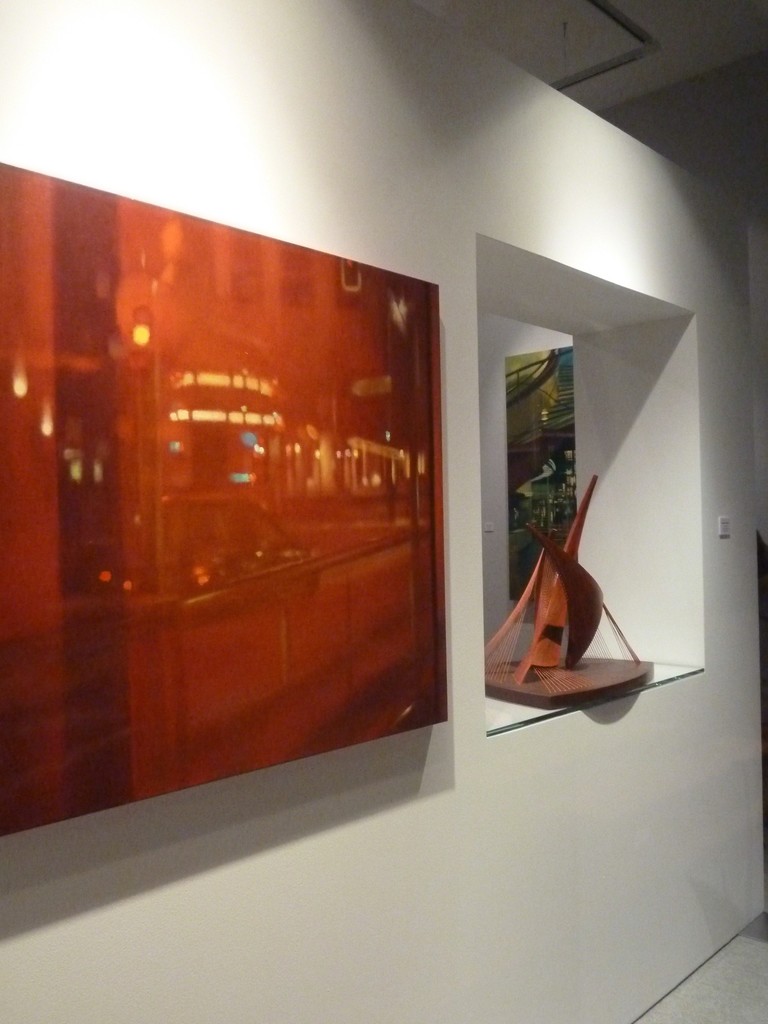 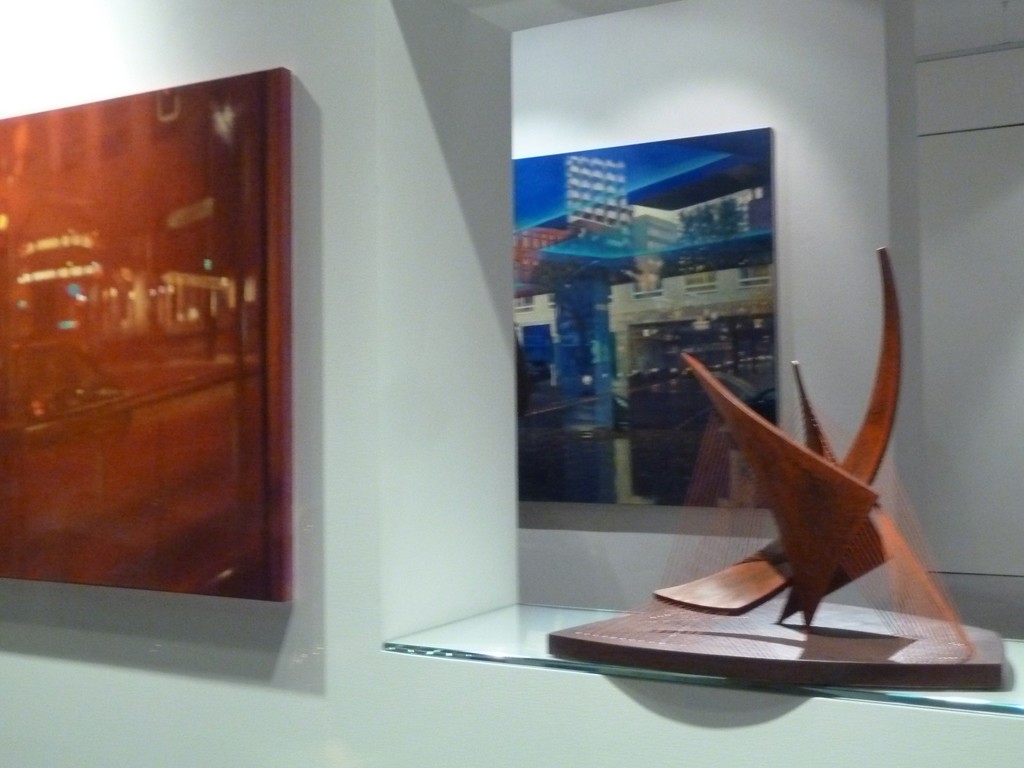 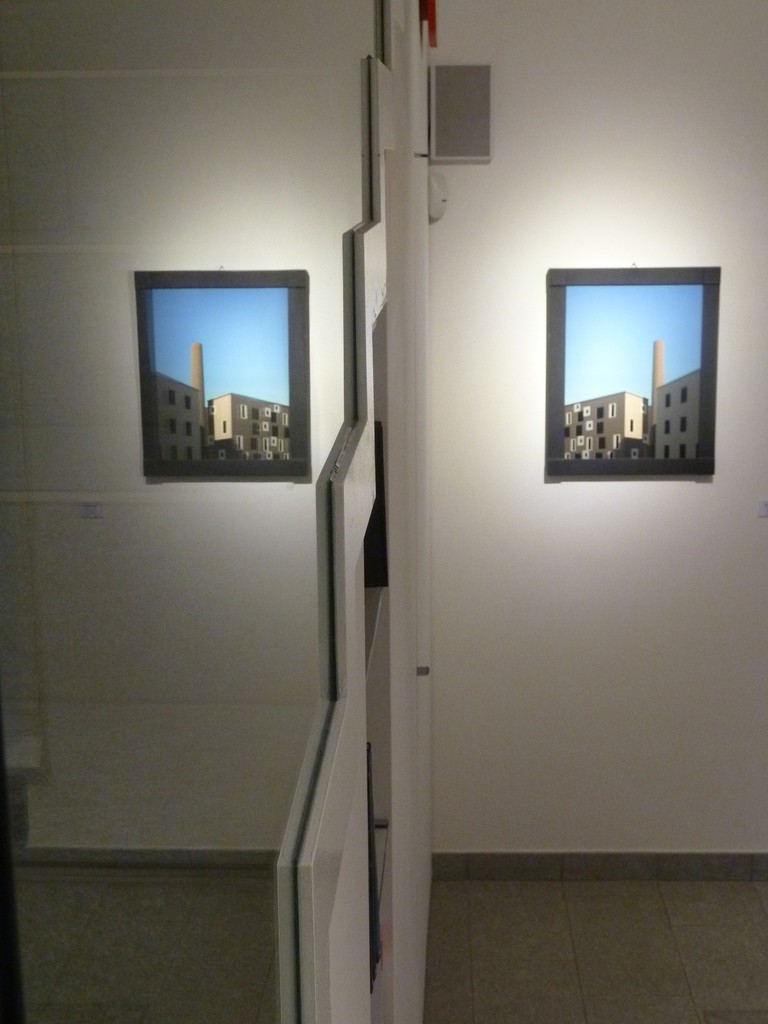 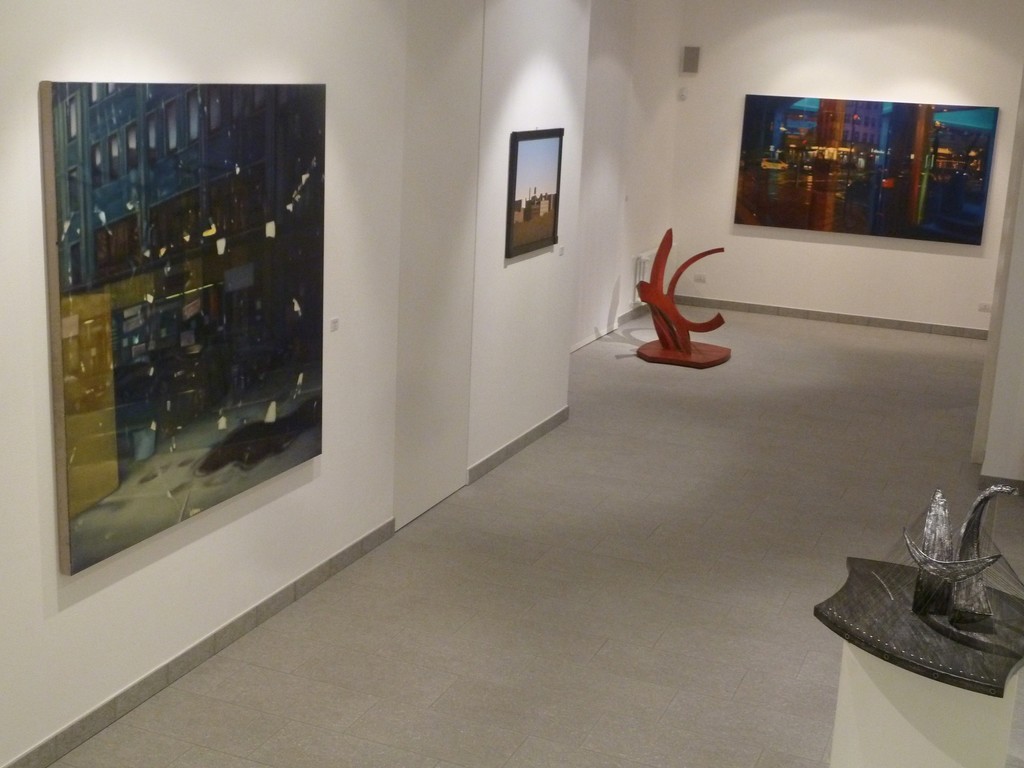 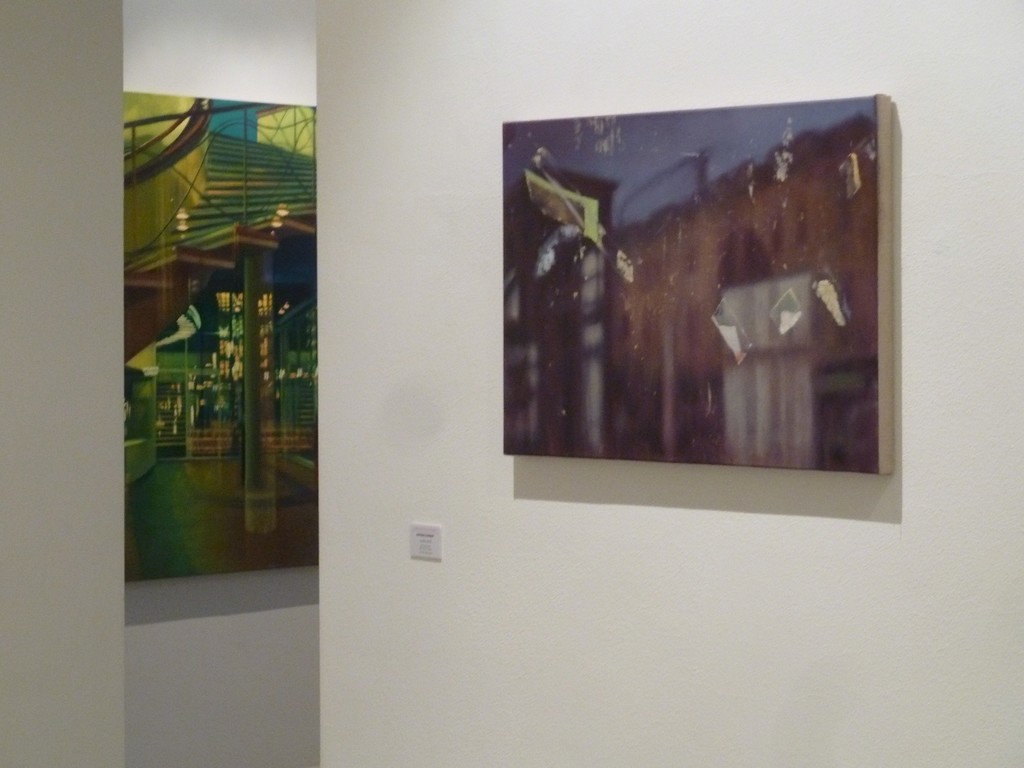 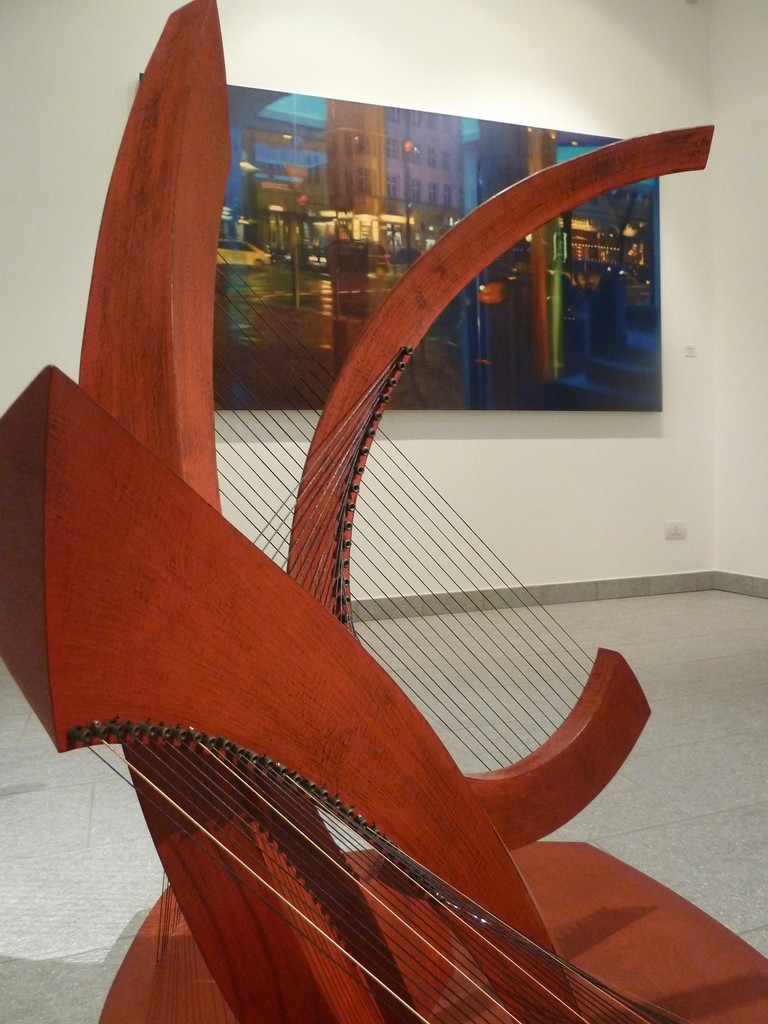 Urban landscape is one of the most loved subjects by artists and, from impressionists on, it faced an evolution which turned it into the most reliable genre to depict the changes of our society. From the horse races in frenetic and libertine Paris during the end of the 19th century, described by Degas or Manet, to the glimpses of Occitan towns, reworked by Van Gogh through his own nightmares. From the solemn and tragic architectures by Sironi, consequence of the darkest years between the two World Wars, to the conformist and hypocrite America staged by Hopper, and its desolate roads and nightspots lightened up by a cruel and cold light. The metropolis intended as a window to our soul or, better, as a mirror of the wickedness of a society which, today more than ever, limps along looking for a strong identity. Moreover, the city seen as the soundtrack of our thoughts, so uncertain and unstoppable to become unavoidable also for those who live away from that frenzy context, even if within contemporary global village, the city can’t be ignored be it due to work opportunities or entertainment proposal. Here are three artists which embody this interpretation of the metropolis and its restless soul.
The German Jürgen Durner has endorsed the most authentic spirit of contemporary cities, the ones filled with skyscrapers, cars, asphalt and artificial lights, which enlighten the night making it more lively and whirling than daytime. He loves the metropolis – after all he lives in Berlin, one of the most multifaceted and stimulating cities in Europe – and he describes it through passionate portraits wherein tiny details become both the microcosm and archetype of urban environment. A shop window enlightened by cold artificial light is enough to turn that glass sheet into a bottomless well, a story container. As a matter of fact, it reflects the febrile course of life, together with the vivid and quivering facades of the buildings surrounded by unsteady crepuscular light and car lights which draw indelible trails.
Furthermore, beyond the surface, as appealing as Alice’s mirror, there is the skeleton of the whole architecture, of which we can seize only a specific glimpse: an army of coloured pillars creating a lively vertical movement, contours of steps horizontally punctuating the space, or the elegant helical movement of a crystal staircase, whose sinuous game is recalled by the soft form of the visible clouds, beyond the umpteenth window. By playing upon captivating rhythms and inserting a taste for the particular, typical of whom can reproduce the slightest details, the artist manages to stop time. The sensation is the one of having being gifted with a third eye, with a new magic faculty which allows us to see both beyond possible and anywhere, even behind us; to see present time, together with before and after; within a game resembling contemporary fiction, which has its stories told by multiple voices and points of view, providing the readers with the feeling of being taken a little further each time. Silent and sealed within a static under-vacuum environment, the city by Giorgio Tonelli appears intact and immaculate, the opposite of the one described by his German colleague. Tonelli’s metropolis is purified from any noisy, messy and chaotic element which usually characterizes it. What is left is a sort of solemn, almost mystic, monument to contemporary living, deeply imbued with Italian 19th century Art (the great experience of the Metaphysics, first of all the works by Sironi), yet extremely up-to-date in the choice of dividing the space into plane and homogenous colour fields and of simplifying the forms at such an extent that the painting can be presumed to be reduced into mathematical formula, within a game of solids and voids, shadows and lights, which could be read as an abstract musical score. Man, bearer of mess and chaotic disorder which could never be admitted into such a perfect reality, is banned from this cement and stone Eden. What remains is an immaculate urbanization which resembles a stage waiting for actors.

Oriented towards the sky, seized in the extreme moment of a silent chant, the sculptures by Marcello Corrà belong to the metropolitan context – not only because his works perfectly adapt to the urban locations in which they have been placed – but also because these sinuous and curvilinear pieces of art, punctuated by a structure of ropes which resemble buttresses, are characterized by true architectonic elements. Elements which recall the visionary planning by the latest generation of architects, from Frank Gehry to Zaha Hadid and Daniel Libeskind. Moreover, their orientation towards the sky, their uprightness, their vaguely anthropomorphic structure turn them into the ideal inhabitants of a perfect, archetypal city, standing between the frenzy chaos of the metropolis by Durner and the mathematical order proposed by Tonelli. Reduced to a minimal form of humanity, caught into a secret dance based upon the mysterious music flowing from their strings, these figures embody the divided and contradictory soul of contemporary society. Partially desperate, facing an uncertain future as if it were upon a cliff , yet still able of an heroic impulse, through which its fears could be overcome with the grace of a dance step.